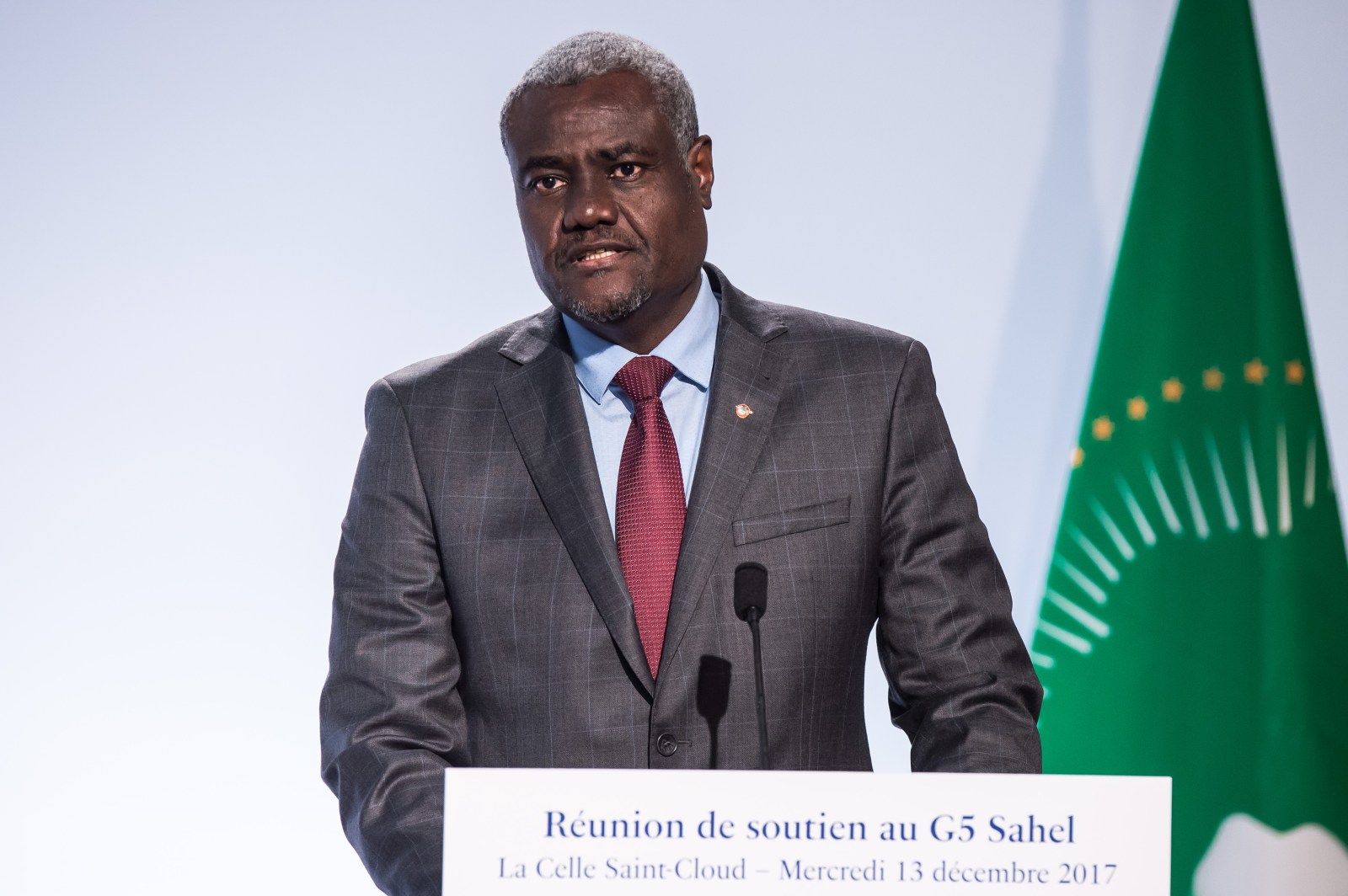 The contested Western Sahara, claimed by Morocco, borders Mauritania to the south. It is therefore apt that it is at the 31st AU (African Union) summit in the Mauritanian capital Nouakchott that AU Commission chairperson Moussa Faki Mahamat is expected to deliver a much-awaited report on the territory.

The Sahrawi Arab Democratic Republic (SADR) has been fighting for independence of the territory for decades, and the report is in line with a July 2017 decision by AU heads of state. But why is this report so significant? After all, the AU has been debating this question for years, especially in the run-up to Morocco’s adhesion to the organisation in January 2017.

The discussion of the report by heads of state will in fact be the first time the AU gets directly involved in this crisis, whereas before it merely denounced Morocco’s ‘colonial occupation’ of the territory. The release of the report in Nouakchott also comes at a crucial juncture where the international community – particularly the United States – is showing increasing impatience to solve one of Africa’s most long-standing conflicts.

Last month the US sponsored a UN (United Nations) Security Council Resolution that limits the mandate of the UN Mission for the Referendum in Western Sahara (MINURSO) to six months instead of the habitual one year. MINURSO has been keeping the peace between Morocco and the Polisario Front, the political arm of the SADR, for 27 years. And there are no indications that this referendum will ever take place – certainly not if Morocco can help it.

While there is increasing pressure on the actors and on UN mediator Horst Köhler to find a negotiated solution, both sides are arguing their case with increased vigour. The SADR wants independence and Morocco stands firm on its offer to give the Sahrawi a large measure of autonomy under the Moroccan flag. Morocco also wants the role of Algeria in supporting the SADR taken into account in any talks about Western Sahara.

Last month SADR president Brahim Ghali scored political points in Southern Africa by visiting several countries in the region, including Botswana, Namibia, Lesotho and South Africa, his second trip to the region in just over a year.

He was warmly welcomed by South African President Cyril Ramaphosa, who was in fact expected to put such bilateral disputes on the back burner as he tries to build economic ties on the continent. Supporters of Western Sahara in South Africa’s ruling ANC (African National Congress) continue to lobby for the independence of the territory from Morocco.

One of the outcomes of this lobbying has been South Africa’s decision not to support Morocco’s bid to host the 2026 FIFA World Cup. Scathing anti-Moroccan pronouncements by some ordinary South Africans on social media accompanied this decision. The SADR also clinched a victory against Morocco through the detention of a shipment of phosphate in Algoa Bay last year.

South African courts accepted that the 55,000 tons of phosphate were illegally mined in Western Sahara, which is internationally classified as a non-self-governing territory. They ordered that the multimillion-dollar shipment belongs to the Polisario Front to dispose of as it wishes.

But despite such visible Southern African support for the SADR, Morocco has also made inroads in lobbying for a negotiated settlement. It seems to have eased off on its unpopular policy of boycotting or disrupting any international meetings where delegations from the SADR were present.

These disruptions didn’t sit well with AU member states, who after all accepted to have Morocco as the AU’s 55th member state last year. The country also seems to have put on the back burner any campaigns for the expulsion of the SADR from the AU.

Morocco is also devoting time and energy to its work in the AU. In January this year the country was elected a member of the AU Peace and Security Council (PSC) and has since vigorously pursued dialogue with other member states, civil society and experts on ways to strengthen the PSC. Morocco’s attempts to reform the PSC are strengthened by the fact that most of the 15 members on the current PSC do not recognise the SADR.

Faki’s report is expected to take into account all these developments in the region and will be wary of antagonising Morocco – something that could have dire consequences. Moroccans have historically been united in the opinion that “the Sahara” belongs to them, and whenever high-ranking officials question this, street protests and counter-measures have ensued.

Faki would also not like to be in South Africa and Algeria’s bad books – the SADR’s main supporters and big contributors to AU coffers. He will also be aware of strong support from the former colonial power France for Morocco’s case. The presence of French President Emmanuel Macron at the summit – to talk about the G5 Sahel Force against terrorism in the region – will certainly be positive for Morocco.

While the discussions in Nouakchott are taking place behind closed doors, pencilled in for 1 July, the reaction from both sides is sure to be vocal. A win-win situation for both the AU and UN would be for direct talks between Morocco and the SADR to take place before another discussion in New York about renewing MINURSO’s mandate. Morocco is however suspicious of the AU’s role because it has previously taken such a strong stance in favour of Western Sahara.

AU Assembly decisions in 2016 and 2017 asked for greater recognition of the AU mediation efforts by New York, notably to give the AU’s special envoy Joachim Chissano an opportunity to address the UN Security Council on the matter and to include a human rights mandate to MINURSO’s brief. Still, the disputed territory is in Africa, and as with Morocco’s adhesion to the AU on the basis of geography, if nothing else, the AU is correct in assuming this mandate.

To date, AU efforts have been bogged down by the sharp divisions between member states. The challenge for Faki will therefore be to find a consensual position among member states that will elevate the role of the AU. If that happens, the Nouakchott summit could well be the start of something that could see refugees returning from Tindouf and the region making peace with itself.

The relationship between Morocco and Algeria, which supports the Polisario Front, is key to a functioning North African regional economic community – the Arab Maghreb Union. A future joint bid for the World Cup that includes Morocco and all its neighbours could in that case also well be successful. DM