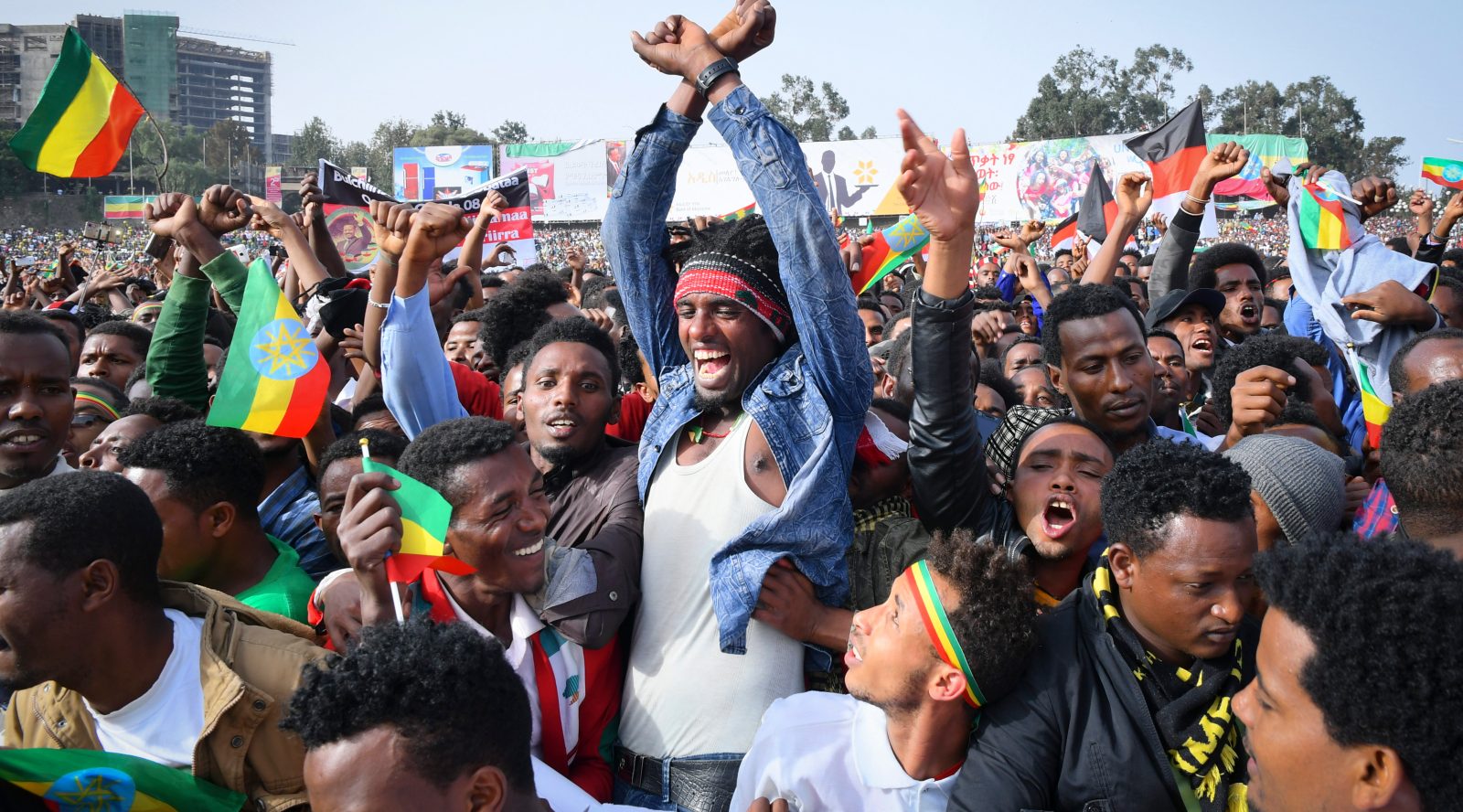 For those who engage in Africa, a frequent reminder of the continent’s new-found reputation as an investment destination can be found in the not-infrequent emails advertising investor conferences in glamorous seaside venues, one of which arrived in my inbox as I read this past weekend’s headlines. These slick offerings are a far cry from the days of The Economist’s now notorious May 2000 cover proclaiming Africa “The Hopeless Continent,” accompanied by the image of an RPG-toting West African rebel.

At the time, an almost Hobbesian state-of-affairs existed across much of the continent. This was most notable in war-ravaged locales such as Congo, Liberia, and Sierra Leone, but even in more “stable” countries, where newly-democratising governments were struggling to adapt to a post-Cold War order in which massive sums of aid were no longer on offer and structural adjustment programs were de rigueur.

The Africa of 2018 is genuinely “another country” from that which gave The Economist’s editors grounds for such consternation at the start of the aughts. The tag-line “open for business” has now become a cliched byline to email enticements like those in my inbox that herald the continent’s commercial potential following more than a decade of rapid growth.

Conflicts old (Congo, Somalia) and new (South Sudan, Central African Republic) continue to rage, but stability is the order of the day across most of the continent, most notably in West Africa, which is arguably more peaceful than at any time in its post-independence history. Importantly, elections and democratic transitions of power have become normalised. While many lack transparency and suffer from other flaws, they are an improvement on the era in which power seized through the barrel of the gun was the norm.

Despite the laudable political and socioeconomic gains made across Africa, investors would be incorrect to think that the days of zero-sum politicking and the use of violence as a political tool are now objects of interest only to historians of the continent. Two events in recent days have highlighted just how precarious political life can be.

Within just a few hours of each other, rallies being addressed by the leaders of Ethiopia and Zimbabwe were subject to attacks by unknown assailants (with a grenade used in Ethiopia and an undetermined explosive device, but likely also a grenade, in Zimbabwe). The attack in Addis Ababa occurred at a rally being addressed by newly-appointed reformist Prime Minister Abiy Ahmed. Abiy and his entourage weren’t directly in the line of fire, yet two people were killed and over a hundred injured.

In the case of Zimbabwe, the attack came at a rally for President Emmerson Mnangagwa in the opposition stronghold of Bulawayo. This attack clearly appears to have been a direct attempt on the President’s life, with Mnangagwa barely escaping injury, his two vice-presidents suffering wounds, and two other bystanders later succumbing to their injuries. With elections set for July 30, the stakes are clearly high, with Mnangagwa seeking a democratic mandate after the ouster late last year of strongman Robert Mugabe.

The days ahead will be busy ones for analysts of Ethiopian and Zimbabwean politics, with the primary question focused on “who” and “why” in terms of planning and execution of the attacks. Both Abiy and Mnangagwa face strong opposition from within elements of their respective ruling parties and security forces, the proverbial “deep state” that has recently gained prominence as a useful bogey-man for supporters of US President Donald Trump. Fingers will surely be pointed, for example, at those whose patronage networks are being directly challenged by each leader’s respective reform agenda.

In Zimbabwe, all eyes are on former President Mugabe, his wife Grace, and their supporters (particularly her “G40” faction). In Ethiopia, it has been reported that the attacker was wearing a police uniform, and soon after the event the capital’s deputy police commissioner and more than a dozen other security officials were detained.

One should also expect the attacks to generate considerable frisson among conspiracy theorists. There will be those who wonder if the attack on Mnangagwa was undertaken by elements aligned to the president so as to give him an excuse to launch a campaign against pro-Mugabe elements or opposition supporters. Some variant of this story may also make the rounds of the colourful blogs and newsletters covering Ethiopian politics. It is unlikely we’ll ever know the full story about what occurred on Saturday, but it is clear that the attacks have added a new and largely unforeseen dimension into the politics of both countries.

What does this mean for investors and others interested in Ethiopia and Zimbabwe and their considerable growth potential? It means hold on tight, but also avoid over-reacting.

In Ethiopia, at least in the short-term, one should expect significant security force presence across the capital. Internet and mobile phone restrictions may again become commonplace, at least for a short while. As for Zimbabwe, the Bulawayo attack is sure to super-charge the campaign rhetoric with elections just over a month away. It could also serve as a boost to Mnangagwa’s campaign as voters may see the event as proof that he’s truly a genuine enemy of Mugabe – his former patron – and his widely reviled wife.

What it doesn’t mean is that the risk versus reward calculation in either market has fundamentally changed. Both countries offer significant opportunities for companies and investors seeking potentially outsized returns. And, as so clearly demonstrated over the weekend, they offer significant political risk.

Understanding and expecting political risk isn’t just a matter for frontier markets. One need only look at the recent rise of populism and its seismic impacts across OECD markets for signs of its global prevalence. However, in countries like Ethiopia and Zimbabwe, the difference is that the potential for the occurrence of a “tail risk” like a political assassination is higher than would normally be assumed in more traditionally stable markets. Tail risks imply those events that are statistically improbable, thus falling at either end of a bell curve (Ian Bremmer and Preston Keat’s 2009 The Fat Tail: The Power of Political Knowledge for Strategic Investing, is a useful primer on the concept). The chance of a tail risk’s occurrence remains unlikely, but certainly not inconceivable and with wildly unpredictable consequences.

Zimbabwe and Ethiopia both appear to be undergoing deep political transformations. The potential upsides of the transitions are numerous: more open markets, increased political freedoms, and greater per capita wealth, to name just a few. However, these periods of great flux can easily generate unforeseen impacts, particularly if, as in the case of both countries, the use of violence as a political tool is well ingrained in society.

What happened this past weekend at two opposite ends of the continent, eerily similar in timing and method, is surely a setback to the narrative of Africa’s hard-fought evolution away from being a “hopeless” continent. What matters now though is how Mnangagwa and Abiy and their supporters react.

Observers should expect political recriminations, arrests, and other unsightly features of transitional police states, but they also shouldn’t conclude either country is sinking back into the abyss. Instead, both leaders – having survived a most egregious example of political violence – can now prove their reformist bona fides by avoiding the purges and show-trials that would have been common in the not-too-distant past. The early signs are promising, with Mnangagwa recommitting to peaceful elections and Abiy pledging to push forward with liberalisation efforts.

The best outcome will be if the unfortunate events of recent days become noteworthy not for the response they incited among their intended targets, but instead as symbols of an ill-fated attempt to use the outmoded tools of a violent past to stymie genuine change. DM

Todd Johnson is the risk leader for a large multinational company operating throughout Africa. He has previously held roles in corporate strategy, political and partnership risk management, and in the US government as an analyst of African politics. He writes here in his personal capacity