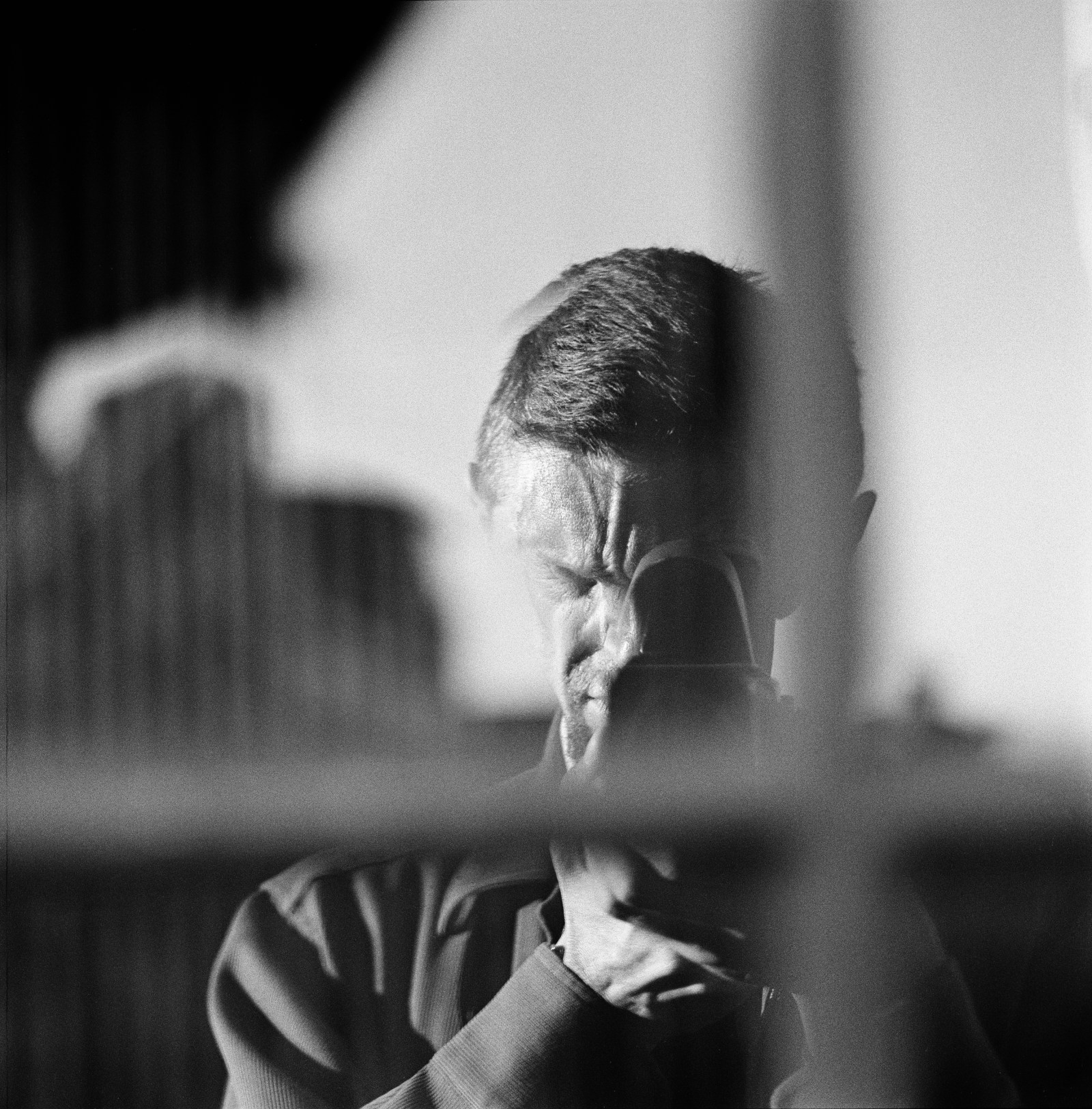 David Goldblatt had a primary gift – involving the seizure of what might have been a disregarded moment spurring a deeper consideration, visual, social, philosophical.

One afternoon in the mid-1990s, I was seated in the back of a limo with David Goldblatt, being propelled into Cape Town. There, David, Pippa Green, and I worked together on Leadership magazine. Table Mountain was on our left – an astonishing, momentary vision of colours, cloud, majesty. David called for the car to stop and readied a camera to shoot the extraordinary composition. But by the time this was done, the allure had passed: the mountain had retreated into a postcard. David resettled his camera.

We discussed the fleeting moment. David said he seldom took such pictures – why bother? That had all been done. Mildly joking, I asked whether an opportunity to take the greatest photograph in human history had been let go. David – as he always did – took the question seriously, indicating that once the chance was gone (the misty mountain transformed into a mere mountain in mist) it could not be willed into being again.

Memories of David are often cloaked in the minutiae of a passing, or fading, event; and so deeper thought arises from his portraits of his world. He had a primary gift – involving the seizure of what might have been a disregarded moment spurring a deeper consideration, visual, social, philosophical.

A swift glance might incorrectly interpret David’s pictures as scribbles around a subject. Not so: the scribbles are his subject. Even an image of a seemingly empty suburban house (on the East Rand, say) is rewarded – that house, a house for white people, stands lonely, even pathetic in its feeble hold on colonial time. Such consideration, an attention to meaning in beauty, distinguished David’s work. You have to look again and again.

The world is familiar with his portraits of Afrikaners as much as the displaced people under apartheid. It would be excessive to suggest that David’s admixture of imagery displays different facets of South Africa from different perspectives or slants. Yet this careful exploration of alienation (of all our communities) is there if you look – it’s hard as a jewel, yet considerate, considered, and even sad in its quiet rendition of what we have become and may never escape.

This quietness is there even in the photographs of the post-massacre terrain at Marikana. There are no figures, no-one running or shooting; just the broken earth and broken sticks for crosses. A deserted place.

David’s outlook – in politics as in much else – was nuanced, and his worldwide reputation will gain increasing respect with time. This is so because he always needs and deserves recognition for the circumstances in which his pictures and their context repay a form of meditation. The sublime art director of the Financial Mail, Jackie Bosman, understood this when she put a Goldblatt image of a malnourished baby on the magazine’s front cover. The shock generated far greater social and political concern and outrage than if the photo had been an overt thrust at a wider statement.

In this sense, David was not a conflict photographer like the members of the brave Bang-Bang Club (as recorded in print and film). These men (as they all were) were, I reckon, crushed by their own choices and achievements in the early years of the 1990s. In the fire they were mutilated, killed, won awards, and faced horror.

One spoke to me after being in Rwanda and covering the genocide there against the Tutsi in 1994 (there have been others); he had been travelling at random around SA to recover from post-traumatic stress disorder, the inner-from-outer madness that accompanies history.

I would suggest though that David – limning the wider tragedy, but never defeated by it – projected this message over decades, not just here but internationally. He was known in New York and London. Those who were privileged to go with him on assignment will understand this need for self-protection against bloody violence, though to me he was ironic and deprecating – “I don’t have the courage,” he said, not quite truly.

Pippa Green – in Daily Maverick on Tuesday – has recorded our breakfast meeting with Nelson Mandela on the eve of the first national election, and how David remained in control of how his subjects could be justly photographed. To such projects he brought his deep literary and artistic experience; after all, he was friends with such eminent writers as Lionel Abrahams and Nadine Gordimer. At Leadership, when he was ill, I was asked to send him a collection of my poetry, which I was glad to do.

My most revealing mission with David was to interview and photograph PW Botha. After his eviction, the ex-president had retired to Die Anker, his Wilderness fortress on the Indian Ocean coast. The journey was long, and when we got there a guardian goon stopped us and said an interview was conditional upon payment of R30,000 (to him) – a great sum in the 1990s.

David took my arm, indicating that this was not to be done, and walked away with me. We were stopped by the Groot Krokodil himself, running after us, panting to be interviewed. The goon advised me not to ask about Mandela, or politics, or indeed anything of relevance. We went into a hideous place – the sanctuary of a madman.

So David was able to photograph the figure among his souvenirs. It’s worth recalling Die Anker and its contents, since David certainly did. Botha grew loquacious about his love of birds and wildlife – yet did so in a house entirely bedecked with stuffed dead animals, hides of rare species, and a footstool hacked off an elephant. On one wall there was a bizarre map of Botha’s George constituency patched up from the skins of about a dozen endangered species. A claustrophobic level of household paranoia was palpable.

There was another human in the place – Elize, the wife, generally known as Miss Piggy given her girth and pink garb, almost a tutu. She fed David and me a tonnage of sweet cakes and tea. We felt she was demented, perhaps frightened that PW would nail her to the wall with his other souvenirs. When David eventually asked to use the bathroom, PW and Miss Piggy conferred in a far corner of the room before directing Goldblatt up some stairs.

Botha slowly advanced on me, a process that continued until he was so close I could see into his mouth, the truly fearsome jaws of the Great Crocodile himself. His eyeballs continued to roll, somewhere high above. He breathed loudly. Then he said: “And you too, Mr Wilhelm, may use the upstairs lavatory.”

David and I – in the car back home – were unable to decode what was meant by this emphasis. Was it to demonstrate that – although anti-Semitic – Botha possessed magnanimity, too? (I fear I am only Jewish by a species of adoption.)

My private – and eminently contestable – view of David is that he deliberately understated the darkness he saw below the examined surface of things. We spoke at different times of the outsider photographers Robert Mapplethorpe (dead of Aids in 1989) and Diane Arbus (dead of suicide in 1971).

David was laid to rest this week in accordance with Jewish custom. I do not know what he believed, if anything, by way of religion. That made him like most of us. I wish him well, wherever he is.

Peter Wilhelm is a novelist, poet, and journalist.