The Day That Was: Curse of the champions and Brazil find their samba 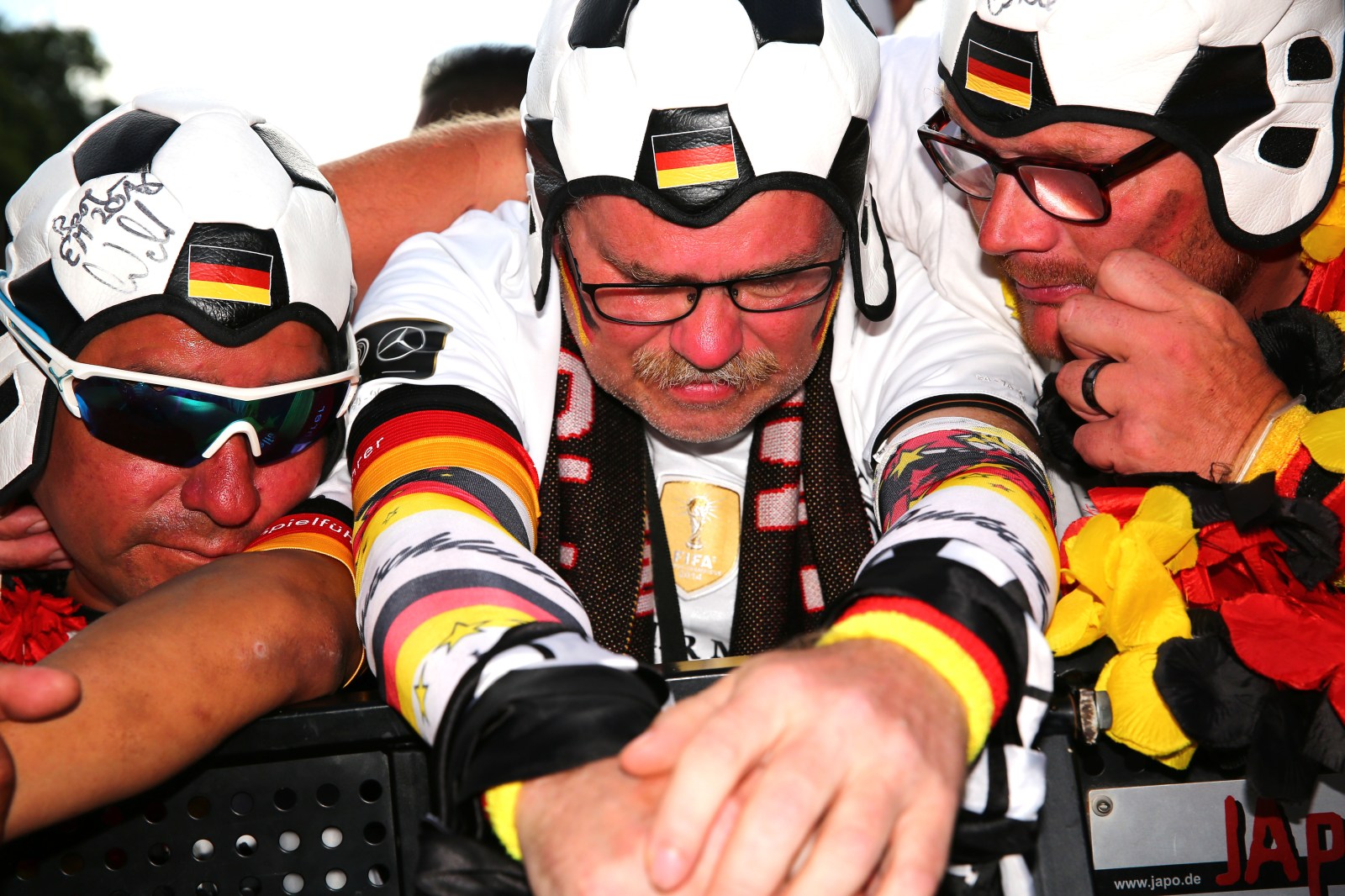 German fans react after their national team lost the FIFA World Cup 2018 match against South Korea at the public viewing area in front of the Brandenburg Gate in Berlin, Germany, 27 June 2018. EPA-EFE/OMER MESSINGER

What happened in Group F

Of all the matches in the final round, this was by far the most dramatic. Every team, including South Korea on zero points, had a shot at progression. South Korea beat Germany, but that didn’t matter to them beyond pride as Sweden romped to a 3-0 win over Mexico.

The Germans had previously sneaked a late win against Sweden while Mexico had been the surprise package of the group and, much like your average earthquake, the final standings – with Sweden on top – could not have been predicted.

The gut-punch reaction was immediate. German coach Joachim Loew described the disappointment as very deep and said that he might even consider quitting, having signed a four-year contract extension before the tournament started. Their exit was not for a lack of chances. There were plenty to be had against South Korea, but a combination of fine keeping from Jo Hyeon-woo and a German team that never quite clicked led to their demise.

It’s the first time Germany have failed to reach the knockout stage of a World Cup since 1938. Loew slammed his side, saying they did not deserve to make it through anyway.

Mexico, meanwhile, were hammered 3-0. But the German loss meant that they still qualified as runners-up. Coach Juan Carlos Osorio said he was hurt and sad – not just with losing but by Sweden’s long ball tactics.

Then, as if for the first time bearing witness to such an approach, he said: “It is quite amazing to realise that you can play in that manner.”

Almost as amazing as Germany losing to South Korea.

What happened in Group E

Slightly more subdued than the high drama that preceded it as Germany crashed out earlier in the day, but still pretty tense. Serbia needed a win to stand any chance of progress. Brazil took an early lead through Paulinho after Marcelo had hobbled off just ten minutes in. It wasn’t until Neymar and Co were two goals up that Serbia looked like they’d come alive.

Costa Rica drew level against Switzerland but it didn’t alter the table by that point. Only a win would have done it for the Serbians.

But after the barking mad fixtures just two hours before all of that, this pool was a blessed relief for those keeping track of the table. That Switzerland looked on for the win before drawing 2-2 thanks to late penalty drama was only mildly irksome for those compiling match reports on the whistle.

What does this mean for the round of 16?

It’s Sweden against Switzerland and Mexico against Brazil.

Not to go on about him too much, but considering Diego Maradona is reportedly earning a pretty penny serving as Fifa’s “ambassador”, it’s worth noting that he might find himself in trouble after being an all-round awful human being during Argentina’s win over Nigeria on Tuesday. After dancing, weird celebrations, middle fingers and homophobic slurs, Maradona collapsed. He received medical attention and later said that he was fine – a bit of a white wine binge just needing some assistance. Sure, we’ve all been there. Some reports suggest that he might be fined – or even have his role rescinded. Question is, who at Fifa thought this was a good idea in the first place?

While both England and Belgium are considering resting players for their final group game, one player who definitely won’t play is Golden Boot hunter Romelu Lukaku. The striker picked up a knock during the rout of Tunisia and while it’s unlikely to be serious, coach Roberto Martinez confirmed that the match against Gareth Southgate’s charges is one day too early. [BBC]

Egypt’s Football Association defended its decision to base its national team in Grozny for the World Cup, saying it was one taken by coach Hector Cuper and not motivated by politics. The decision had raised eyebrows when Mohamed Salah found himself at the centre of a storm, with the Chechen dictator hosting a dinner for the team. [AFP]

“We gave Polish people a lot of joy in the last four years. We didn’t give the fans those dreams here at all. We want to change it tomorrow.” Poland’s Jakub Blaszczykowski.

Good old fish and chips. We know that South Africa’s version of this delicacy is pretty good, but in the spirit of the World Cup, we’ll hand this one to England. Extra points if you do it with beer batter like in this recipe. DM