Queer in Africa: An inclusive, unapologetic and gay-loving continent is here 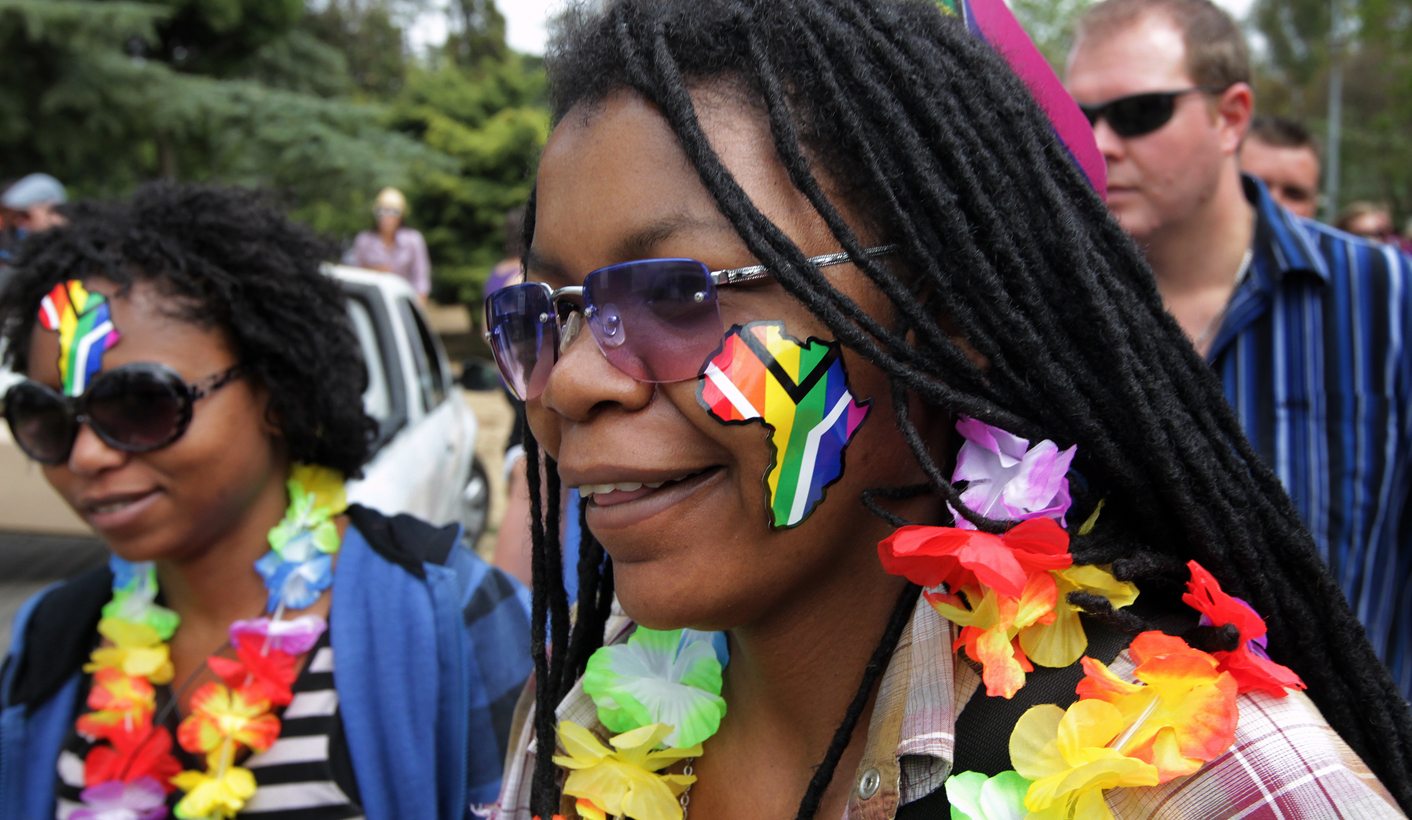 On a wintry Botswana night, delegates to an LGBTI conference laid aside long hours of travel, the challenges experienced in their home countries and were fabulous and free. But the conference made it clear there is a lot of work to be done on the African continent.

The war for the acceptance of LGBTI rights on the continent is far from over.

When I covered conferences, the phrase “talk shop” would find its way into my reporting. As a journalist I had inherited a jaded view of these annual, bi- or 10-yearly gatherings. Then I became an activist and worked in the development sector and found myself attending a number of talk shops.

I am still running on a high of gratitude after attending Pan Africa ILGA’s bi-annual conference held recently in Gaborone, Botswana. I won’t deny there was a lot of talking, but there was also a lot of laughing, unlearning and learning, singing, growing, celebrating and crying. I think the tears both happy and sad were mostly mine. I’m still on this high because I experienced what it felt like being “free” as a gay man on the continent outside of South Africa and it tasted good. I’ve been to other LGBTI meetings on the continent, but Gabs felt different.

During the roll call of countries present at the opening dinner, the room would burst into song, dance, cheers and rallying calls, as countries were called out, from Algeria to Zimbabwe. We were Africans, and we were queer in Africa. On that wintry Botswana night under a beautiful star-peppered sky we laid aside long hours of travel, the challenges experienced in our respective home countries and we were fabulous and free!

I was surrounded by trailblazers who had overcome adversity for the advancement of the LGBTI voice on the continent – lesbian activists from Sudan, trans and intersex activists from Tanzania, activists from Nigeria, Cameroon and Congo and Morocco. I single out these countries because their current social, cultural and political climates ignore any reference to sexual and gender identity concerns.

The recognition of queer individuals in these spaces is a bigger challenge than in the country of my birth, Kenya. Yet the unfavourable environment in their countries hasn’t stopped them from their activism. Even in spaces that are meant to be more liberal, like South Africa, violence and even death still knock on the door so easily. That reality was brought to the floor too often. Too often. Enter sad tears. And outside of that I had one-on-one conversations with individuals who are fighting their personal battles of acceptance within themselves and within their families. Enter supportive tears.

Every day, battles are fought confirming that the spirit of intent is alive and that the will of the membership is strong. The fact that 33 countries from Africa were represented over the five-day meeting illustrated the pan-African identity of the event. It is this fact that struck a chord deep within me. It is why meetings like the PAI conference are important.

As I write this, I can confidently say that in every single African country there is a community feverishly supporting the LGBTI cause; and that is a victory itself. The conference was an apt reminder that when struggles and victories are shared, a continental voice is harmonised to sing and, all of a sudden, Africa is here. The days of saying homosexuality is unAfrican are behind us.

There is still a lot of work that needs to be done within the movement itself. There are matters around sustainability and reliance on donor support for LGBTI organisations. It would be a dream for our organisations and even conferences like PAI to be supported by African funding. For now, that is pie in the sky. Cheesy pun intended.

We still need to be more inclusive of differently abled LGBTI individuals; for gay men to learn and understand the unique responsibility we possess in relationship to our lesbian sisters; and to ensure that our language and “fight” guarantees a place for trans and intersex members. As a movement we also need to see how best we can care for ourselves. For this journey to self has scarred many of us. We need to broaden our health agenda outside HIV/Aids and see how we can support members of the community who are battling other diseases. This conference reminded me that the “fight” is still very much about people.

I look forward to the day when all the countries of the continent will be represented at conferences like this one. I look forward to a time when cities like Kampala, Abidjan, Niamey, Port Louis, Asmara or even Tunis will welcome us. It was amazing to be welcomed to Gaborone by an official from the city council. It is possible.

My heart still warms as I remember the candour of Justice Edwin Cameron, the tenacity of former Botswana cabinet minister Professor Sheila Tlou, the challenges thrown at us by Kenyan human rights defender Maina Kiai and the inspirational words of Victor Madrigal-Borloz, the United Nations’ independent expert on Sexual Orientation and Gender Identity and Expression and Sex Characteristics.

But equally as moving was seeing matters of faith being discussed that weren’t coming from a place of hate. There were parents sharing how they learned of their child’s sexuality and how their own journeys evolved. It was a powerful reminder that there are parents willing to support their children.

PAI Botswana was different because it showed me that an inclusive, unapologetic and queer-loving Africa is here. I think there are onions on my keyboard, I need to stop now. DM

Kevin Mwachiro is Kenya based activist journalist, writer, podcaster and cancer fighter. He is the editor of the anthology, Invisible – Stories from Kenya’s Queer Community. He can be found on Twitter: @kevmwachiro.

Pan Africa ILGA (International Lesbian and Gay Association) held its 4th regional conference “Empowering LGBTI Youth: Uniting for an Inclusive Future”, in Gaborone, Botswana. Hosted by LEGABIBO (Lesbians Gays and Bisexuals of Botswana), the conference ran from May 31 to June 4 2018. The conference was attended by 300 people from 33 African countries, and 17 international countries. PAI is the largest membership based Lesbian Gay Bisexual Trans and Intersex (LGBTI) organisation in Africa, with 146 member organizations across the continent, working on human rights and equality for people. PAI’s secretariat is based in Johannesburg, South Africa.