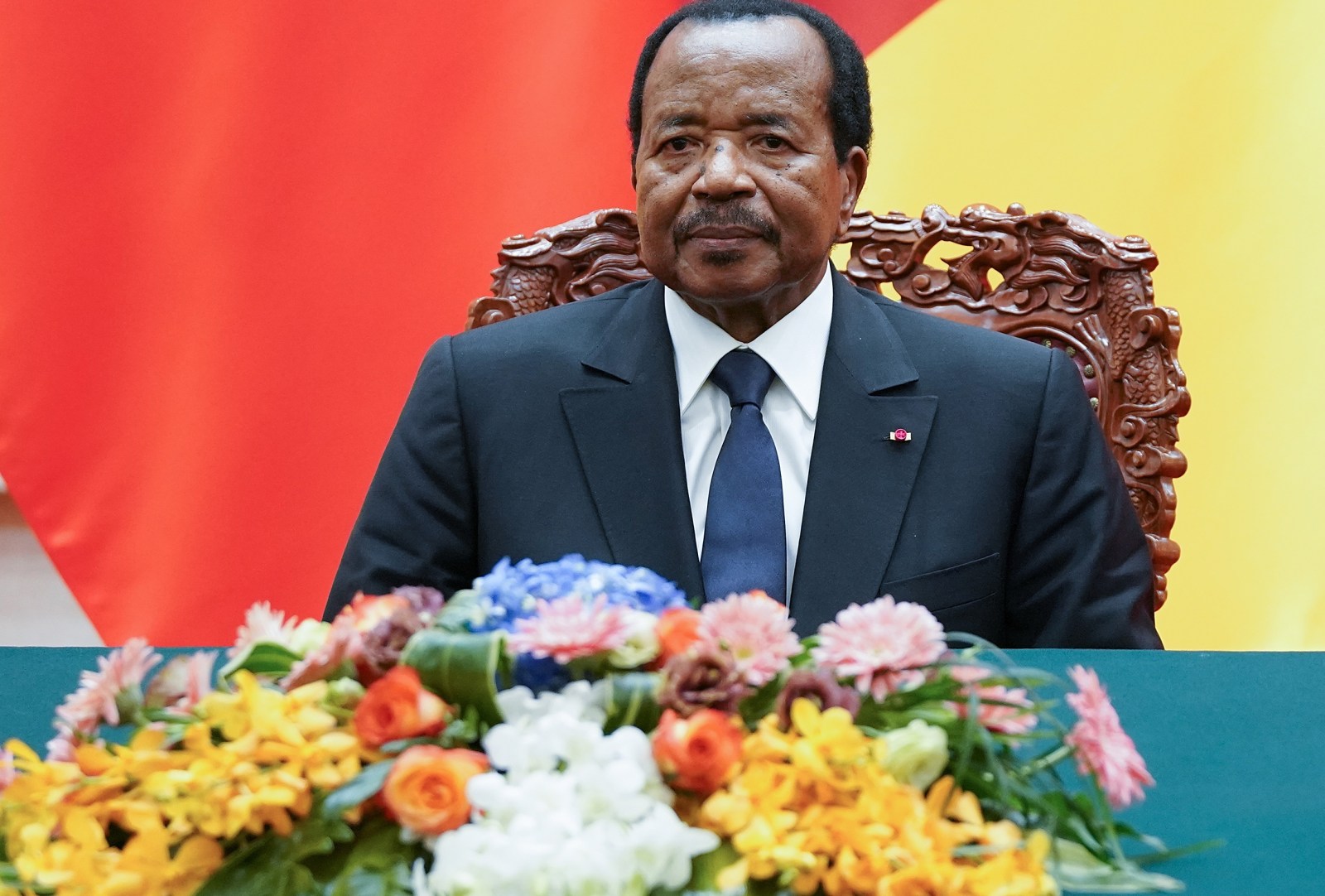 President of Cameroon Paul Biya during a meeting with Chinese President Xi Jinping (not pictured) at The Great Hall Of The People in Beijing, China, 22 March 2018. EPA-EFE/LINTAO ZHANG / POOL

A violent rupture in Cameroon could be devastating for its neighbours, who already face volatile security situations.

The situation in the anglophone provinces of Cameroon has become increasingly unstable, with regular confrontations between secessionist groups and security forces. Yet this is not on the agenda of this week’s African Union (AU) summit. Meanwhile, Cameroon is preparing for presidential elections later this year.

PSC Report spoke to Dr Christian Pout, a leading expert and head of the African Centre for International, Diplomatic, Economic and Strategic Studies (CEIDIS) in Cameroon.

The violence in the anglophone zones of Cameroon seems to be spinning out of control with increasing acts of kidnapping and violent confrontations with security forces. What has been the impact of this climate of fear on ordinary citizens in this region?

It is true that there has been a steady increase in violence in the anglophone zones of Cameroon. In fact, in fewer than 30 months the situation has gone from serious, characterised mainly by sectorial and corporatist demands, to an overwhelming expression of unease and unhappiness; of social, economic and political dissatisfaction to a situation that today can truthfully be termed an armed conflict.

This conflict is mainly between secessionist groups and the security forces that have the mandate not only to maintain law and order but also to safeguard the territorial integrity of the country. It’s also important to note the presence of some elements who are taking advantage of the climate of insecurity to carry out criminal acts against ordinary citizens.

People living in these regions are gripped by fear and uncertainty about the future, to such an extent that many of them have fled their region and even national boundaries to look for peace and security elsewhere.

How do you see the reaction of the Cameroonian security forces? Has it been excessive?

The role of the security forces – the most visible representatives of state authority – has been crucial. One has to emphasise the fact that currently the security forces are active on several fronts: in the northern part of the country because of Boko Haram, in the east to manage the fallout from the crisis in the Central African Republic, on the coast to fight piracy, smuggling and illegal fishing, and now in the anglophone regions to try to maintain law and order.

In this last case, the security forces have been faced with acts of extreme cruelty and their professionalism has been tested by the incalculable violence meted out against them.

Some analysts have noted a disproportionate reaction on their part in certain cases.

All of this takes time to verify – something that is very important to do to fight against impunity.

Has there been a radicalisation of the independence movement, both ideologically and in the means they are employing to get their way?

As I said earlier, there has been a clear escalation owing to, on the one hand, the progression from a demand for federalism to one of secession and, on the other hand, the recourse to acts of terror and violence against representatives of the state, particularly the security forces.

Do you think presidential elections can still take place in October under these circumstances?

Senatorial elections took place on 25 March 2018 and according to several observers they were generally satisfactory, with many people applauding the way the security situation was dealt with. Even if the climate is still charged with individual acts of violence, we believe it will be possible to hold presidential elections in the next few months without any major problems that would lead to a total disruption of the electoral and post-electoral processes.

In this regard, our think tank, the CEIDES, recently organised a participatory dialogue about the elections in Cameroon. The electoral commission (Elections Cameroon, or ELECAM) co-operated throughout this process and seemed very confident about holding the elections.

Some say the Catholic Church is the only mediator that can possibly calm the situation. Do you agree?

The current situation that we are faced with in our country, particularly in the anglophone regions, necessitates the mobilisation of all good offices. I don’t at this point in time agree with those who opt for just one actor, be it the Catholic Church or any other, to manage the tensions and mediate in the crisis. I also believe that much still has to be done in terms of investigating and finding out exactly what gave rise to the current crisis, particularly the most recent developments. We need skilled experts in the domains of conflict management and analysis, and crisis mediation, and even experts on dealing with historical issues.

In this regard, I believe that the history of our reunification and the evolution of our society on the political, economic, social and cultural fronts these past 60 years should be re-appropriated as part of a dialogue aimed at finding common ground that will lead to social cohesion and peace.

The crisis in Cameroon is hardly ever on the agenda of the Peace and Security Council (PSC) of the AU. Yet it often discusses other crises, such as in Burundi, Guinea-Bissau or the Democratic Republic of the Congo. Why do you think that is?

I think that Cameroon is a country that matters a great deal in Africa. It plays a crucial role in the fight against terrorism and has never failed to fulfil its responsibilities towards the AU. The foundations of this crisis are contrary to the principles of the AU and the PSC, as well as the UN, the Commonwealth and the Organisation internationale de la Francophonie, all of which are very much aware of the current situation in the country.

I believe we still have considerable leeway to appease and even eventually to resolve the issue internally. It is up to national actors and notably the decision makers to put in place the conceptual and operational outlines of a road map that will be convincing in this regard. This road map should necessarily go beyond just the security aspects and include the humanitarian, political, economic and cultural challenges that we are facing.

What would you advise the international community to do to help solve the crisis?

This year, 2018, is a crucial year for Cameroon, with many challenges, and in this context the role of its friends in the international community could be decisive. I believe that all the diplomatic forums should be used as an opportunity to place the fight against terrorism and violence on the agenda. All the judicial cooperation mechanisms should be mobilised to neutralise those outside the country who want to create chaos in Cameroon.

Our country has the particularity of being a pivot, and the possibility of a violent rupture could have an incalculable impact on our immediate neighbours, which already face a volatile security situation.

It would also be helpful if Cameroon’s friends could share their experiences and best practices to help us solve our problems, which, on the whole, are not confined to the south-west and north-west. We need to recreate good neighbourliness, re-conceptualise inclusivity, collectively re-appropriate our history in all its particularities in order to reinvent a trajectory for the future. DM