Ramaphosa’s dire message to the ANC: A house divided within itself cannot stand 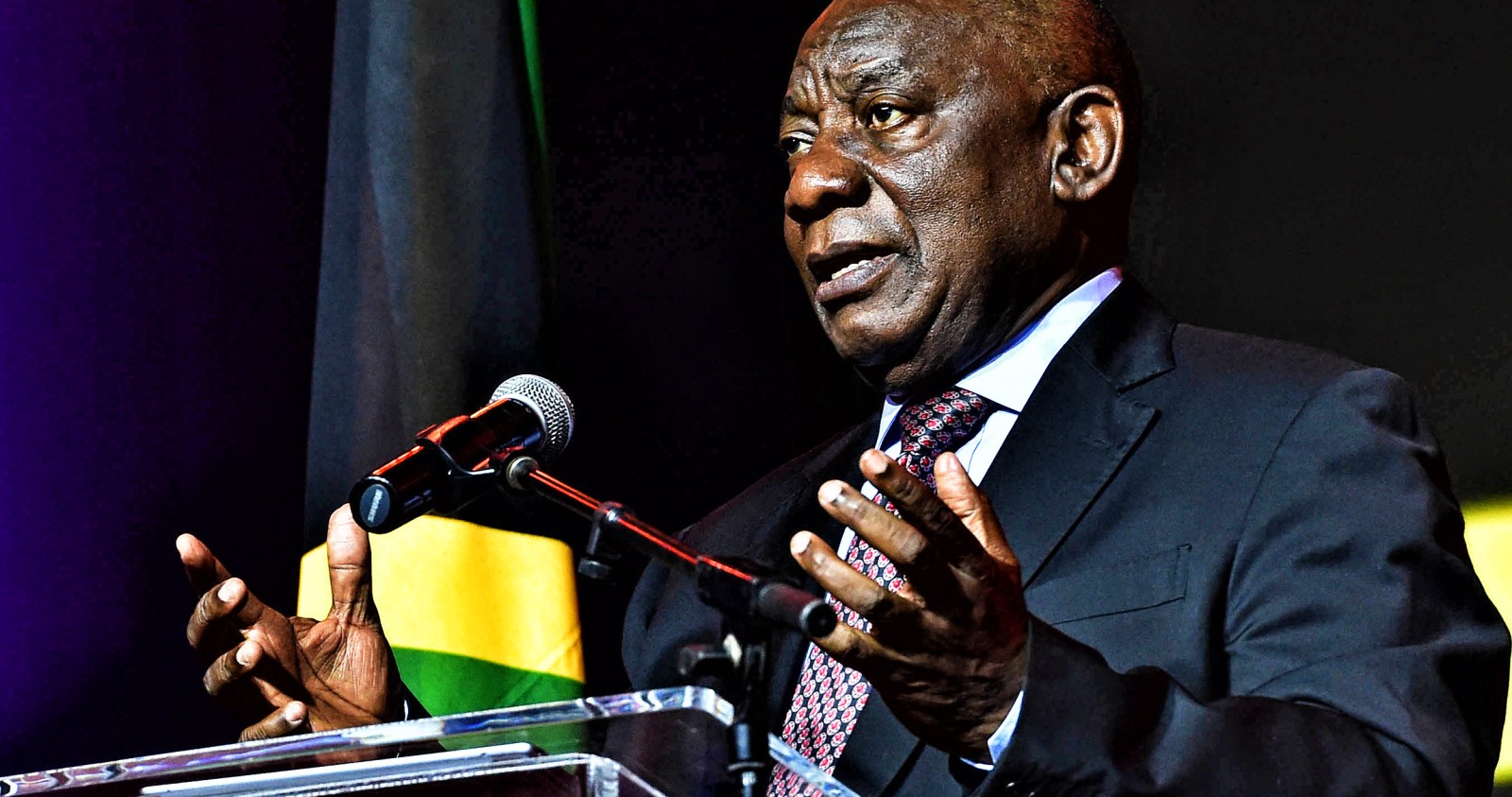 President Cyril Ramaphosa addressing guests at the launch of the Indlulamithi Scenarios 2030 at the Kyalami Theatre on Track in Midrand in Gauteng. 21/06/2018. Jairus Mmutle/GCIS

Despite calls for a ceasefire from last week’s National Executive Committee meeting, the factional divides in provincial ANC structures are brewing into a national disaster for the party. This weekend there was an unsuccessful last-ditch effort to interdict the Limpopo provincial conference. This while there are still pending cases before the courts on KwaZulu-Natal, Eastern Cape and Free State. While, in the end, the Limpopo ANC elected new leaders, it was evident that all is not well in the ANC.

ANC party leader Cyril Ramaphosa is sounding alarm bells as he realises the scale of the predicament the party is in as a result of the disarray of its provincial structures. He is now admitting that if this goes on, his dreams of turning Ramaphoria into a firm mandate may well be just a dream.

Ramaphosa is not an alarmist by nature and is known to be astute in his political tactics. Which is why, when he indicates that the ANC will not win elections if divisions in its provincial structures are not sorted out, it cannot go ignored.

On Friday, Ramaphosa spoke at the National Union of Mineworkers congress in Boksburg where, for the first time, he expressed deep-rooted concern at the state of the organisation. He was as frank as he was bold in admitting the seriousness of the situation within the ruling party. Then again, on Sunday, addressing the Limpopo conference, Ramaphosa cautioned party members about how a weak ANC is a handy tool for “those who want the ANC to lose elections”.

To the NUM congress Ramaphosa said:

Up until this point in his speech, Ramaphosa’s address was no different to other self-diagnosing lamenting views shared by leaders who are aligned to him. But he took it a step further, warning of the tangible consequences this could have on the ANC’s electoral performance – something very few party leaders while they are the incumbent in office are willing to acknowledge.

“It must end because we’ve got a very huge task ahead of us which is the 2019 elections. We cannot go into those elections when we are divided. When we are fighting among ourselves. Our people will never take us seriously. So unity, therefore, is an imperative. We must be united if we want to win the 2019 elections. Without that unity, comrades, we will not be able to run an effective campaign.”

It seemed at that moment that the magnitude of the impending election battle dawned on Ramaphosa and he realised the enormity of the political divisions in the ANC and the consequences it threatens to have. Disillusionment and divisions cost the party in the 2016 local government elections and this time around, when there are more injuries as a result of crass factionalism, the result could be more brutal.

His antidote to the political strife in the provinces is interesting. Ramaphosa has taken to preaching unity with a set of preconditions. He told delegates at the ANC conference in Limpopo on Sunday that he believed “principled unity” was the only way to solve the party’s problems. Ramaphosa’s solution to the leadership battles in ANC structures is to have a unity leadership that represents all sides of the factional divide. He went on to say that “a winner takes all approach” in provincial ANC structures would be a “recipe for disaster”. Ramaphosa seems to believe that a mixed leadership with different approaches and different viewpoints is the only Band-Aid to put an end to the open warfare among provincial leaders.

“The best way forward is we need a mixed leadership,” he said about ANC structures.

While he preaches unity, Ramaphosa seems not to be naïve to political leaders who used the “unity of the organisation” as a cover when called out about their impunity. He hinted in this address and when he spoke at the NUM congress that covering up corruption and State Capture for the sake of unity is not real unity. Speaking in Limpopo, Ramaphosa said:

“If some of us are driven by other interests such as self-advancement and plundering of resources of the people of the country then unity in the ANC will always be sacrificed.”

But the situation in provincial ANC structures which at the core is a battle for access to resources cannot merely be fixed by calls to unify the party. Manipulation of party systems is a reality and often when members approach the court it is as an absolute last resort. Ramaphosa said the party is now working on a way to prevent the court from being party to electoral processes.

“The ANC is now seized with improving our own internal processes to make it impossible for manipulation of processes aimed at achieving a predetermined electoral outcome. We need to do this to curb this newfound sport and passion of people who always want to take the ANC to court,” he said.

It will take a while before rigging of processes, vote buying and membership manipulation will begin to see their backs in the party. It thrived for far too long to be dismantled overnight. Purging of political opponents found ground under the Zuma era and the “winner takes all” phenomenon was really just that; the winner takes all the resources. While the ANC tries to reverse this, opposition parties will exploit the corruption, patronage and voter disillusionment to the maximum. Ramaphosa admitted to this, saying:

“… we know a weak and divided ANC is a very handy tool in the hands of those who want the ANC to lose… we will not give our enemies the satisfaction of a weak ANC”.

While Ramaphosa faces the gigantic task of fixing governance failures, rooting out institutionalised corruption, attracting investment and growing the economy, amid the flurry of other immediate tasks he faces, he can’t lose sight of the issues besetting the ANC. There was a moment after being elected state president when Ramaphosa was accused of being aloof to the real turmoil on the ground in the party. His focus seemed to be more outward looking, repositioning the country to the rest of the world and focusing on oiling the governance machinery in an effort to keep the positive mood of the country in his favour. He has a Mandela-esque approach to being the country’s top sales person and chief diplomat. But he has come to realise that the state of the party is intrinsically linked to how it governs and it’s what determines its electoral performance.

For a party leader to concede that its intra-party dynamics is affecting its relationship with voters is a mammoth concession that depicts the seriousness of the situation. It is now a matter of whether Ramaphosa convinces his own party to embrace his leadership before he even gets to convince the electorate. DM