BMW X2 2.0i sDrive AT: Conquering the concrete jungle – in style 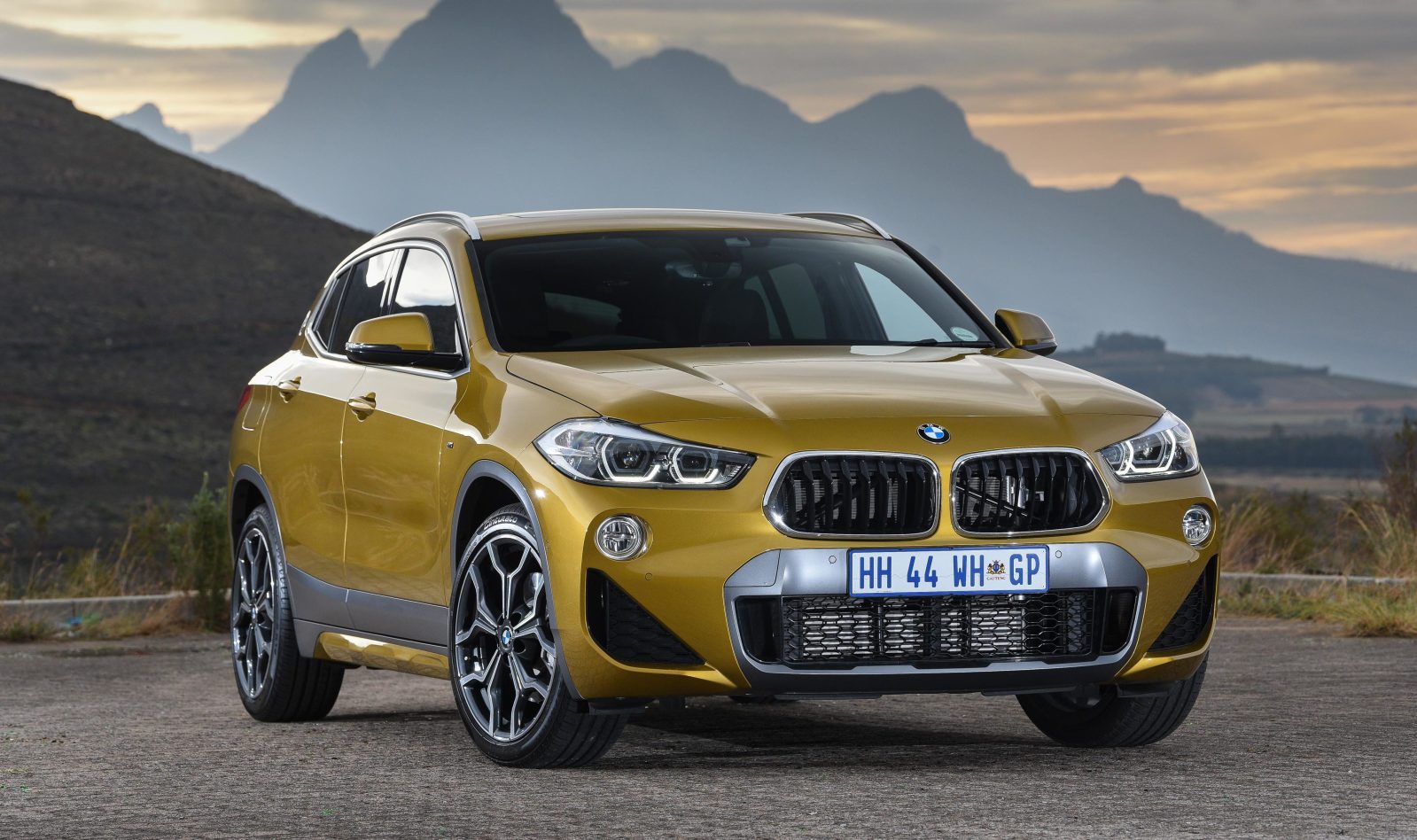 The new BMW X2 may be considered an SUV, but it’s more of a designer machine than an all-terrainer. Its hunting ground is the urban jungle, and its target market wouldn’t be seen dead in khaki …

There seems to be no end to the global fascination with sport utility vehicles – and the variations on the SUV theme continue to multiply, too.

We’ve seen real off-road SUVs, sporty SUVs, lifestyle SUVs and premium SUVs. There are small and large SUVs, high-performance SUVs and even design-centric SUVs – plus any combination of the above. 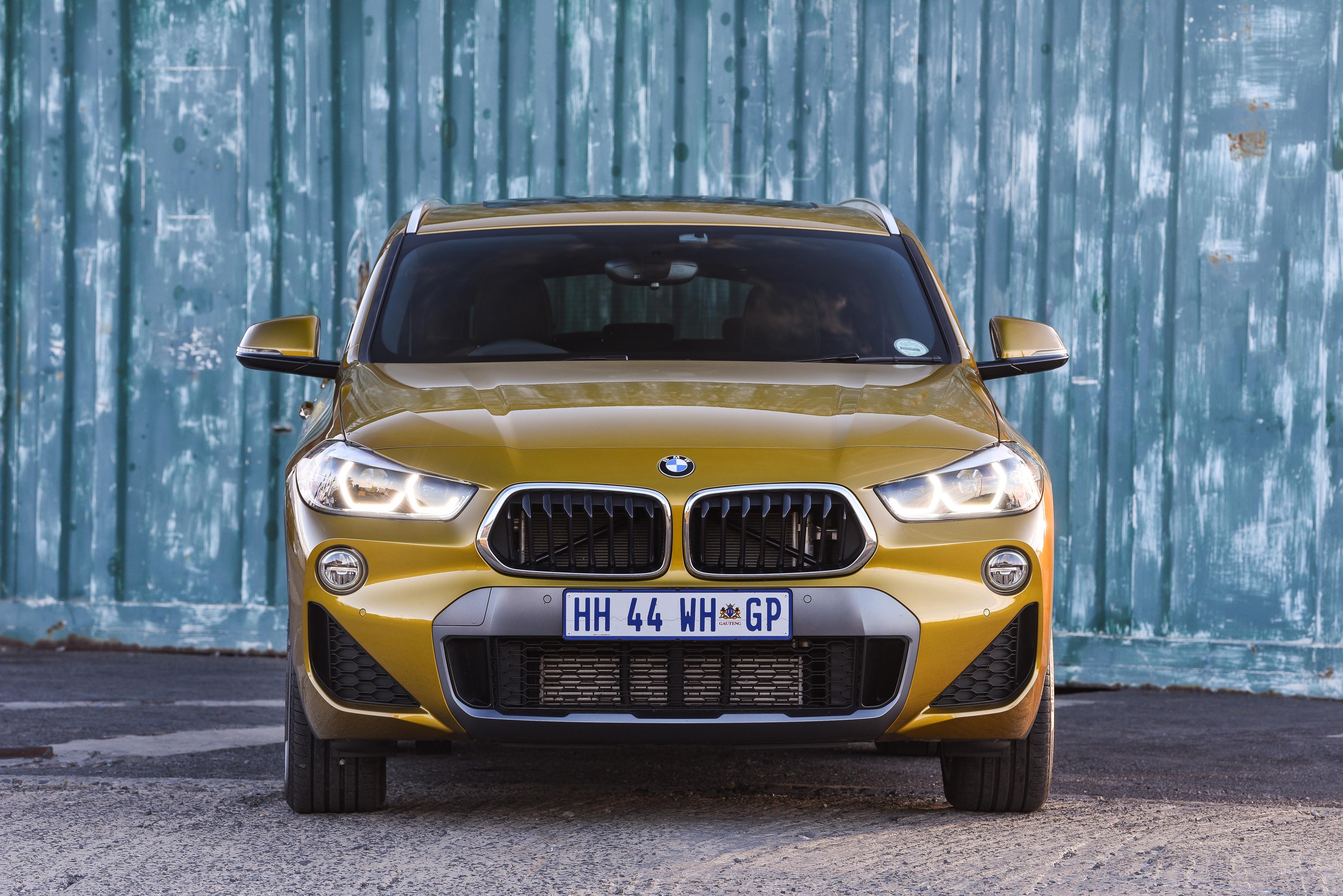 In short, there’s an SUV for every taste, pocket and application these days.

BMW woke up to the potential of the SUV market early, and by now, its X3 and X5 models are well ensconced. Even the X1 is already in its second generation. 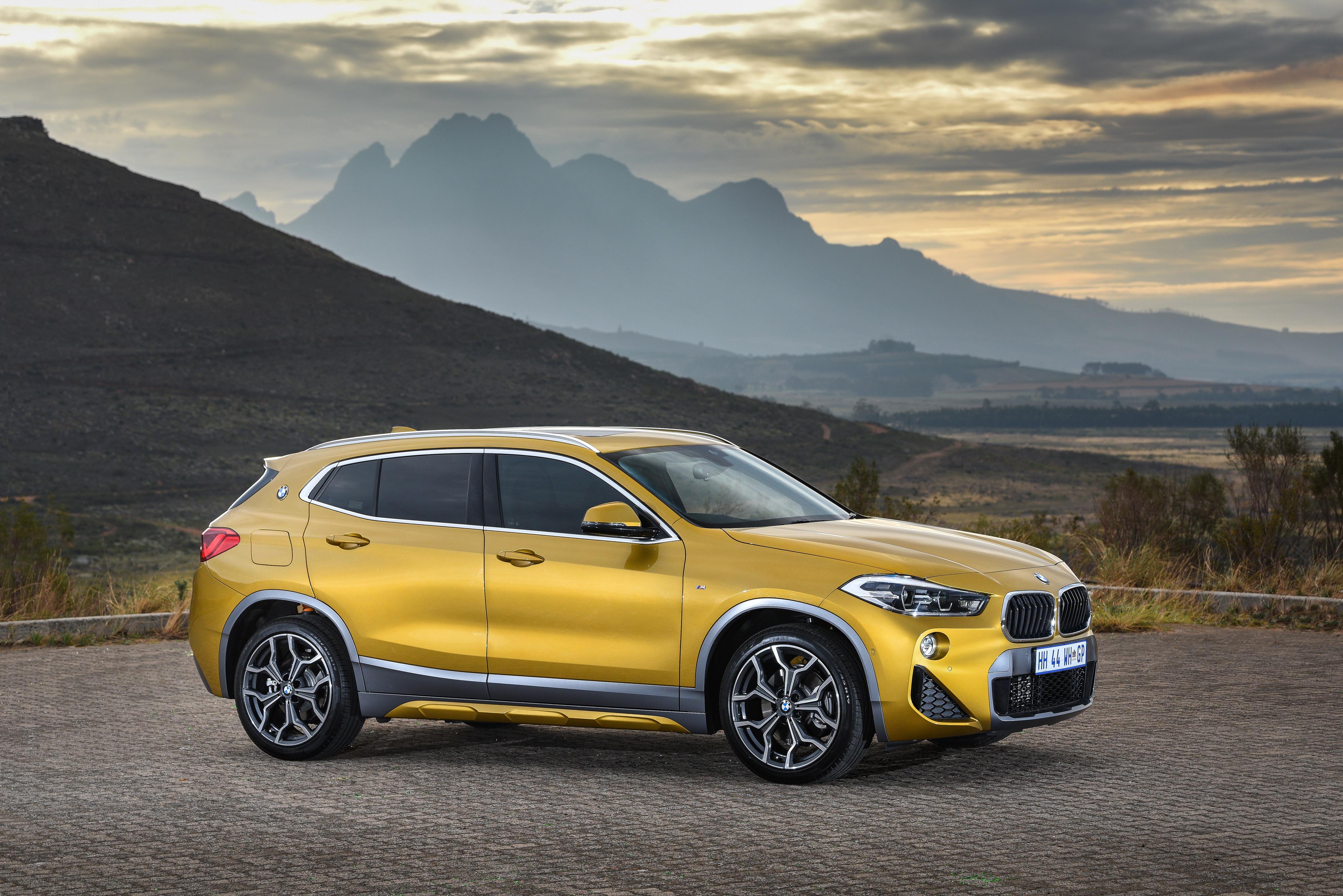 The most recent addition to that family is the X2, which links the latest X1’s platform and mechanicals to a more streamlined, decidedly sportier shape. If anything, it’s the most fashion-conscious X-model to date.

Like the X1, the X2 shares its platform with the Mini Countryman, making it one of a growing number of BMWs eschewing traditional rear-wheel drive for more efficient front-wheel drive. It’s a big departure from the BMW norm, but one that allows enhanced packaging and improved economies of scale. 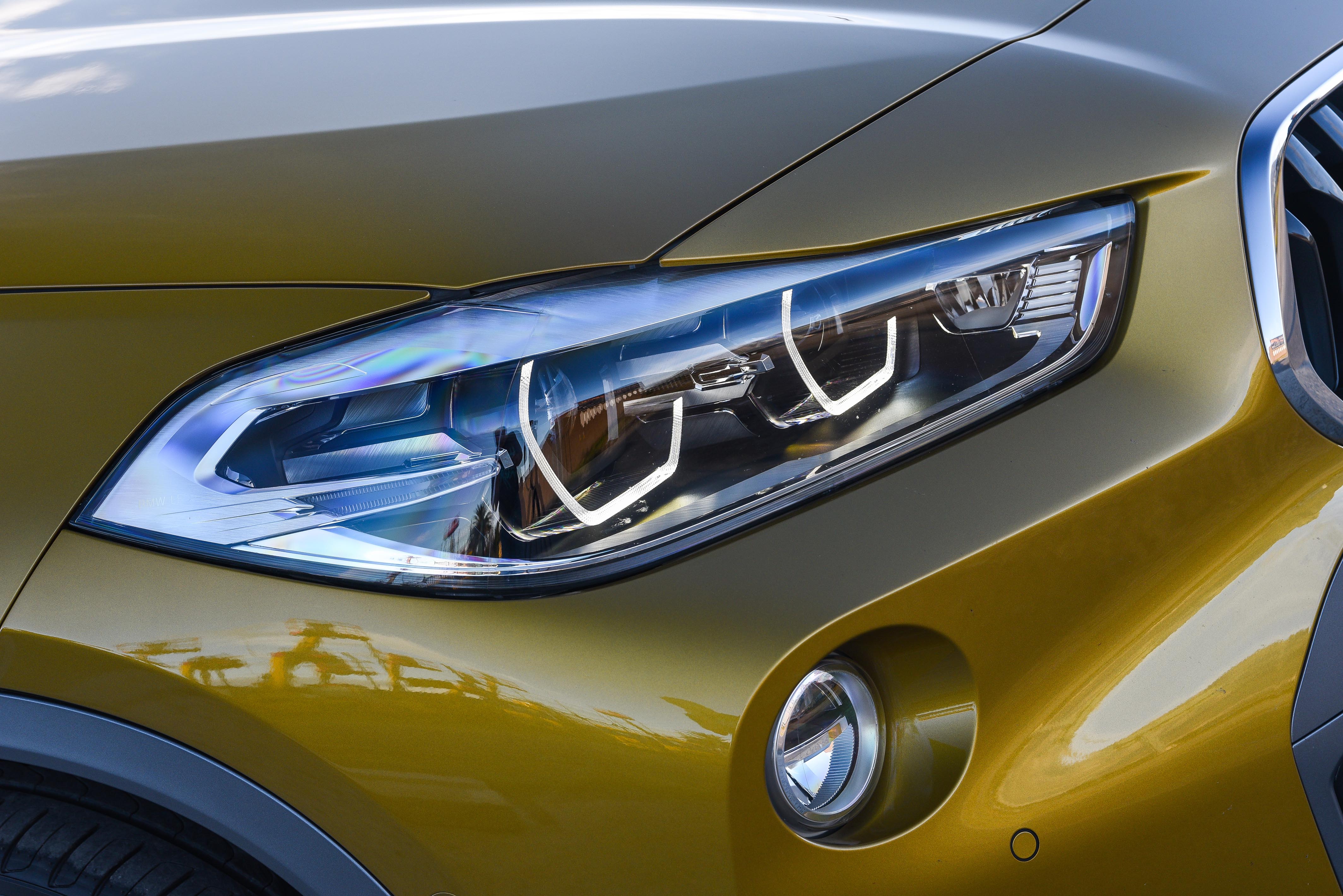 Front-wheel drive X2s get the sDrive designation, but you can also opt for the all-wheel drive xDrive versions, which have the ability to vary drive between the front and rear axles for optimum traction.

That doesn’t make them off-roaders in the true, mud-and-dirt sense of the word. But they will cope with compromised conditions – think gravel, and also wet tar and bumpy surfaces – better than their sDrive stablemates. 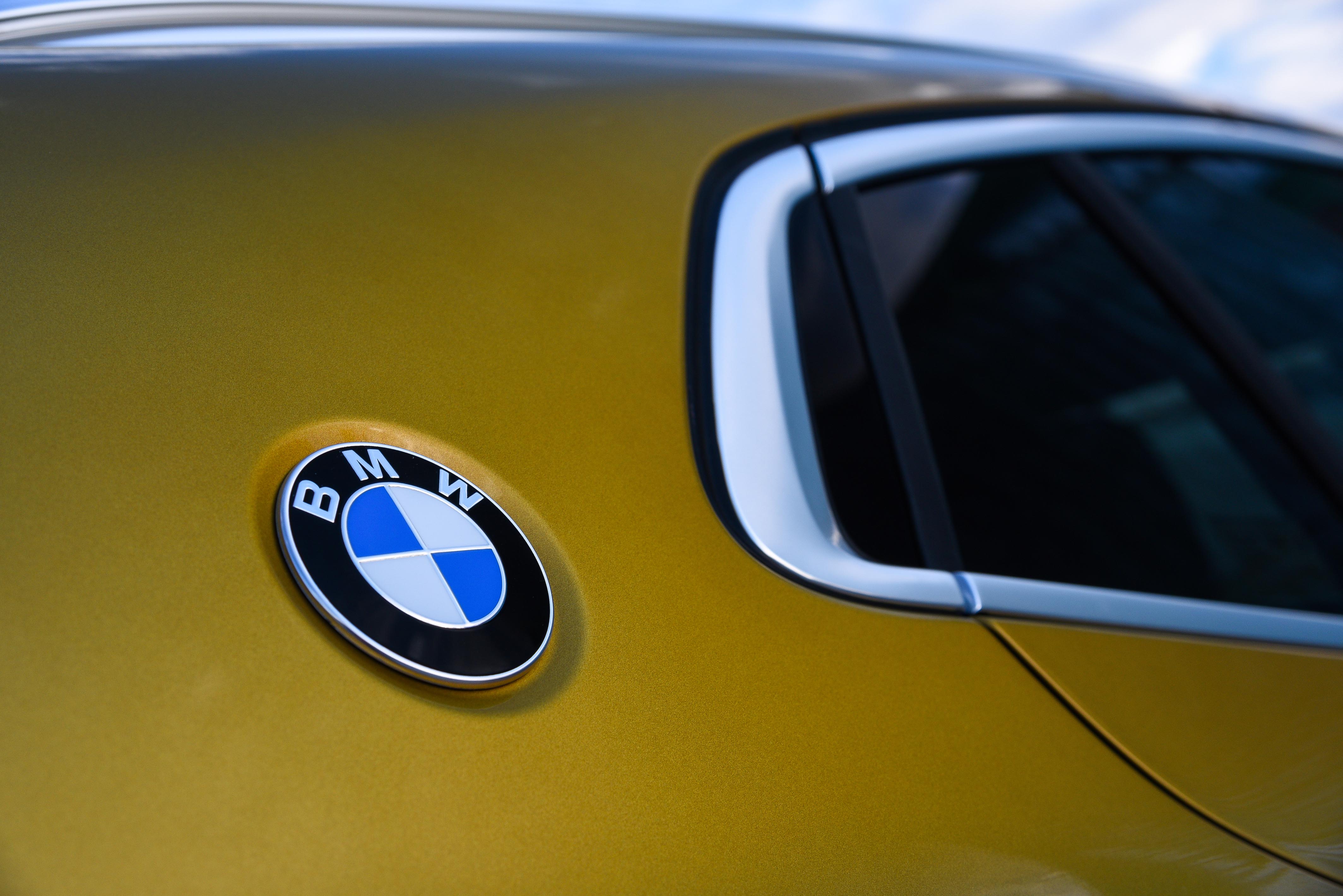 Your typical X2 buyer is unlikely to place all-terrain capability at the top of the priority list, though. This is very much a city slicker SUV, with styling that prioritises design over utility.

It’s also the reason why the sDrive models are likely to be more popular than the all-wheel drive xDrive versions. 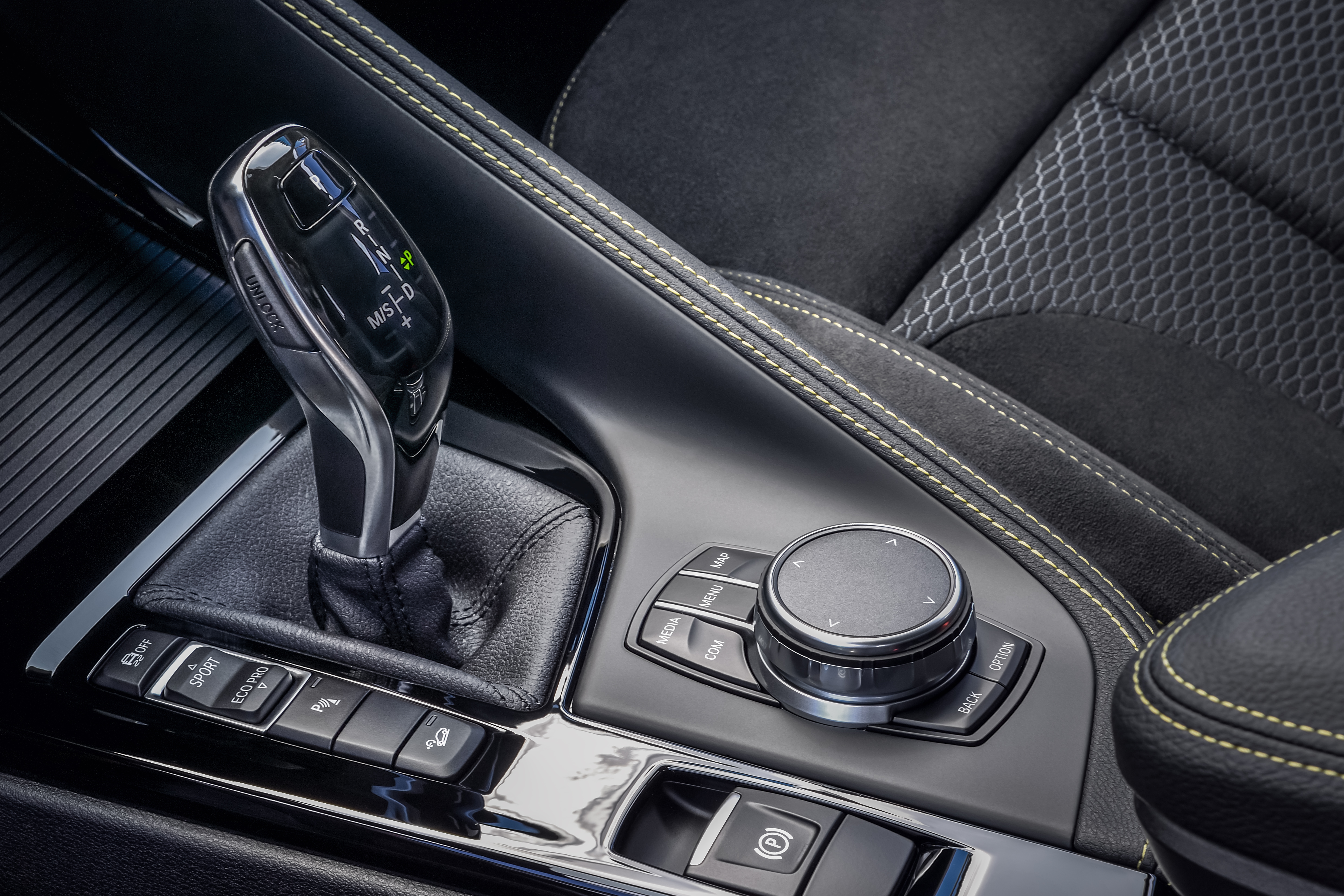 Compared to the bulkier, more pragmatic X1, the X2’s lines are honed for designer appeal. It’s lower, shorter and slightly wider than the X1, but retains the same wheelbase, allowing for closer-cropped overhangs that create a more athletic impression.

The tapering roofline extends further rearwards and includes a rooftop spoiler, while the side glass aperture is narrower, accentuating the X2’s crisply drawn, swept-up waistline. The BMW roundel recessed into the C-pillar is being touted as a design highlight, but looks too self-conscious: after all, the X2 is unmistakably BMW. 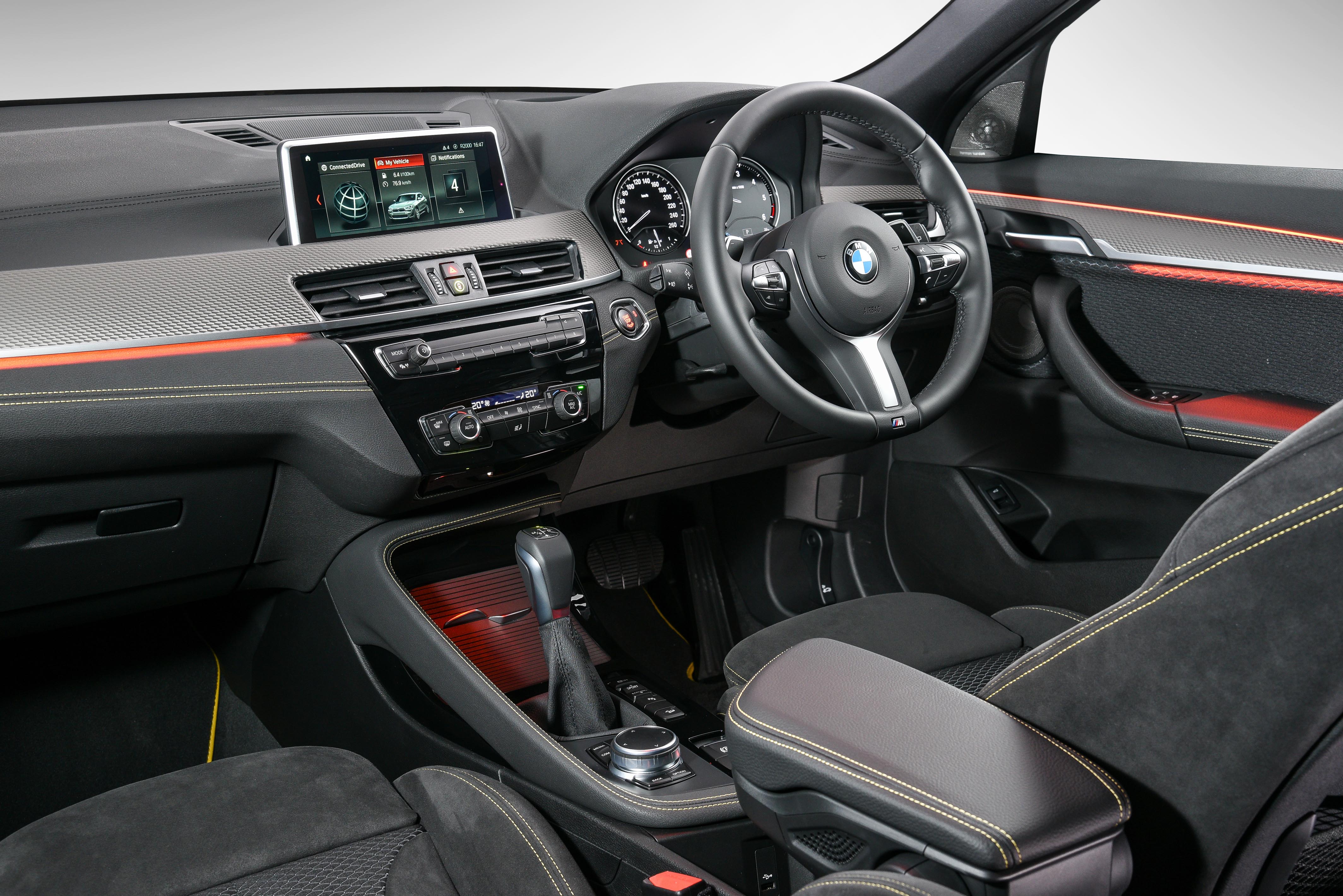 The front view is dominated by a new interpretation of BMW’s classic kidney grilles: they’re inverted here, with a broader base and a wider, drawn-out execution. The headlights are slim affairs, emphasised by their distinctive LED daytime running lights, while a large lower intake and a stylised scuff plate add some welcome aggression. 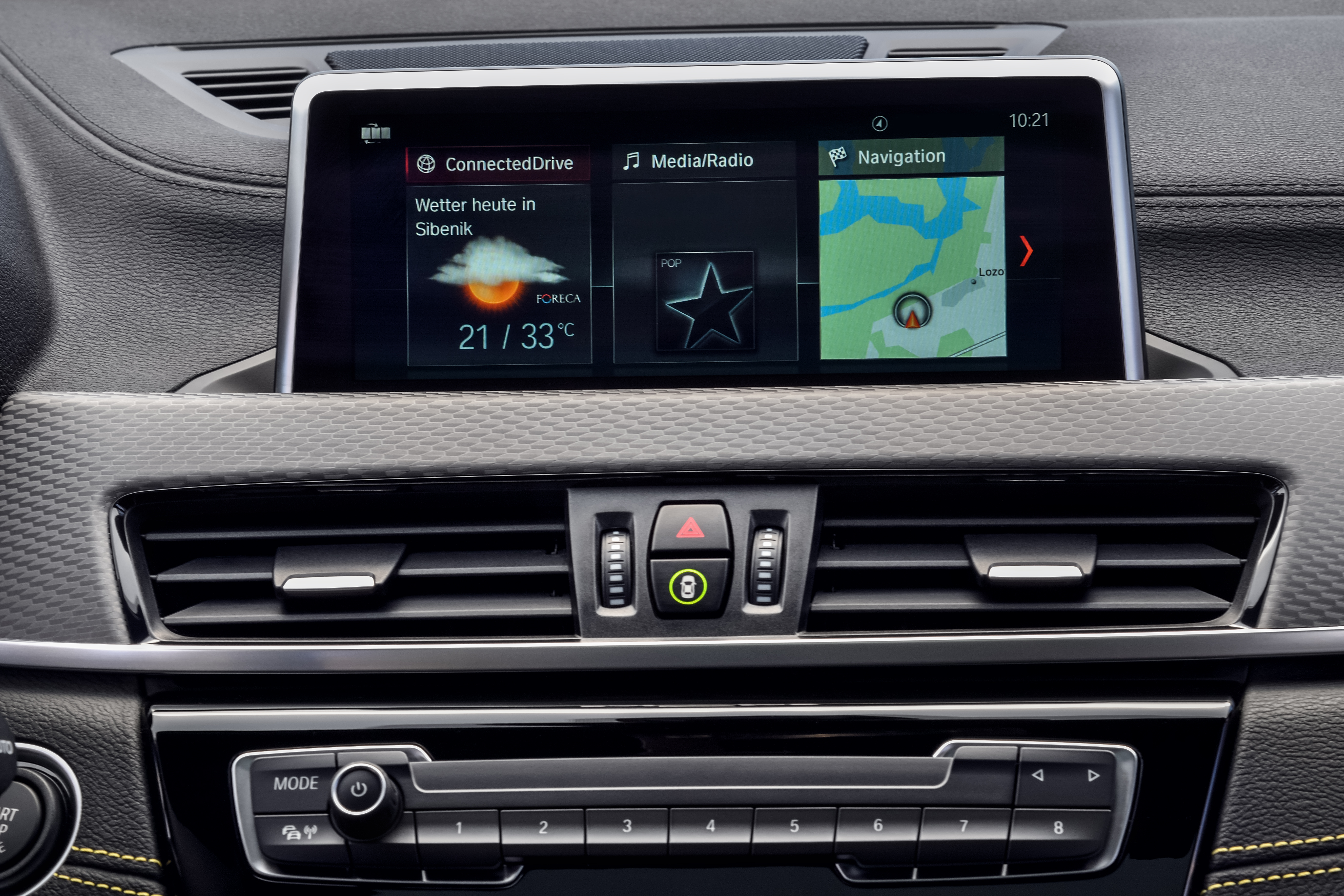 A wide aspect ratio touchscreen display dominates the centre stack, and provides a user-friendly interface with the X2’s infotainment system. Together with the iDrive controller, navigating the SUV’s systems and features becomes relatively simple. 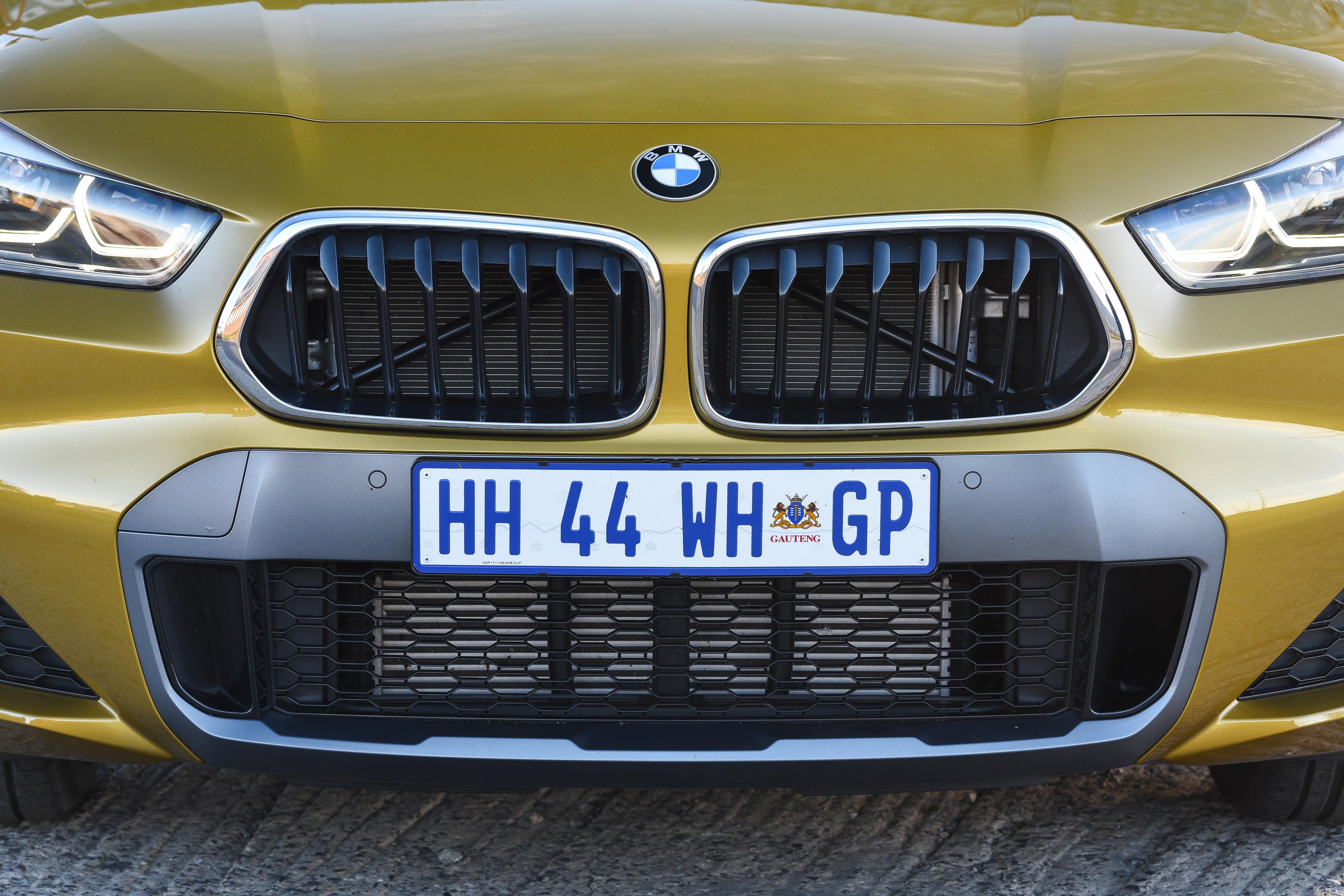 As is so often the case with premium products, though, a lot of the nice-to-haves on the features list cost extra. In the case of this test car, those added-cost options included the rear-view camera, motorised tailgate, satnav, auto climate control, heads-up display, Apple CarPlay compatibility, and those 20-inch alloys mentioned earlier.

It’s worth spending some time with BMW’s online configurator to get a real idea of what’s standard, what’s not, and what the final product will cost. The test car ended up with around R140k of extras…

While the cabin is a comfortable place for front occupants, rear passengers may find accommodation snug rather than spacious. Legroom, in particular, is at a premium, depending on how far back the front occupants slide back their seats. 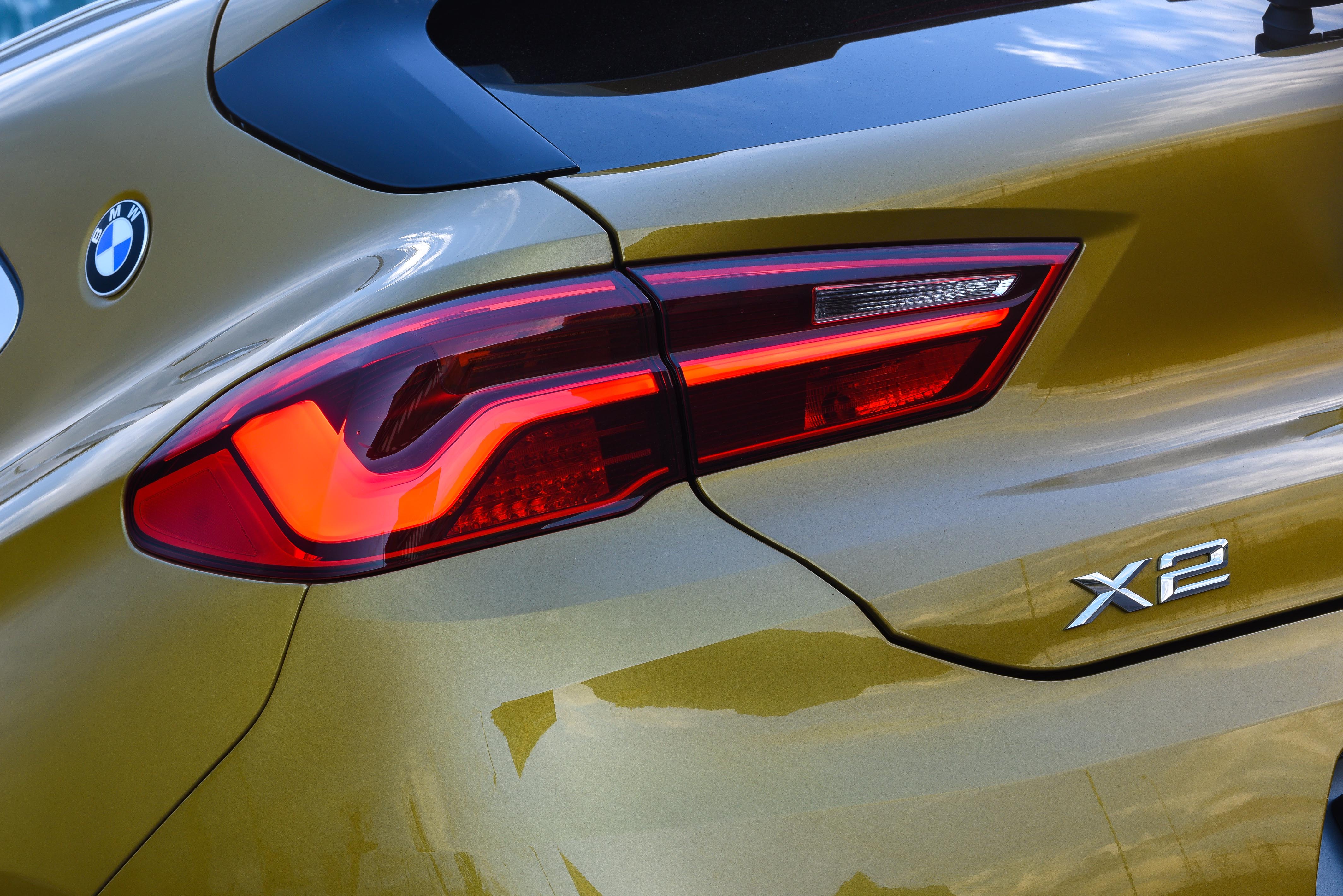 The luggage compartment is deeper than expected, contributing to a decent 470 litres of cargo space. You do have to lug your baggage or shopping over a wide, alloy-trimmed sill, though, and the aperture between luggage cover and load sill is uncomfortably narrow.

The sDrive 20i on test here gets its urge from a 2.0-litre four-cylinder engine good for 141kW and 280Nm. The gearbox is a seven-speed dual-clutch (not BMW’s usual eight-speed auto), and as mentioned, drive is to the front wheels.

From the word go, this X2 feels eager to go. There’s more than enough muscle to get off the mark with alacrity, and if you plant the throttle with real intent, you’ll even get the front tyres to chirp in protest. 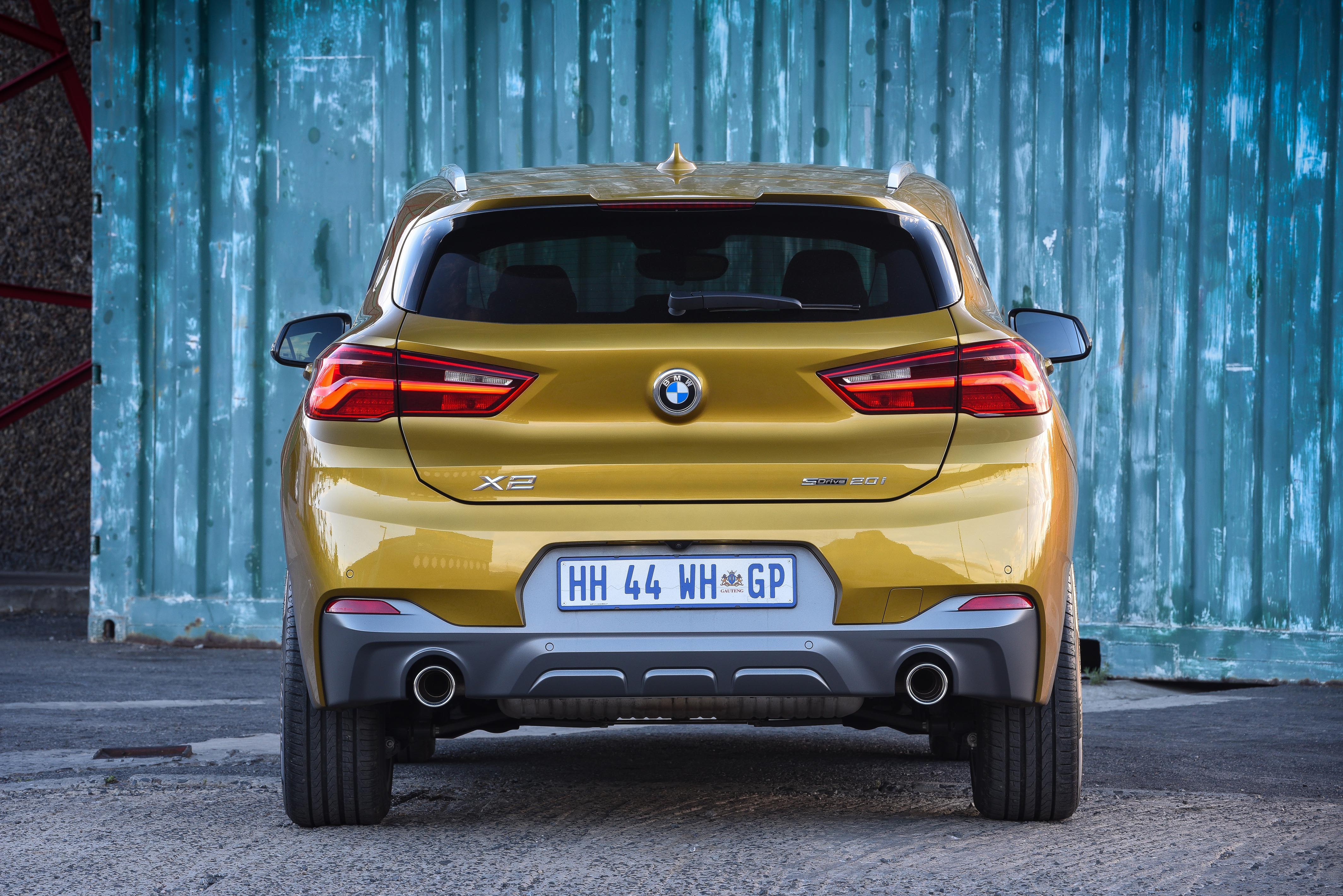 The steering has plenty of weight and while it doesn’t always feel communicative enough, it never feels over-assisted. Gear changes are swift, even in the default Comfort driving mode, but become more urgent when opting for Sport or Sport Plus.

Those settings also sharpen throttle response, but in reality, most X2 drivers will be more than content with the already sprightly dynamics the little SUV delivers in default Comfort mode. The standard M Sport suspension means the ride is reassuringly firm without becoming uncomfortable, while adding confidence and composure when cornering.

The transmission ratios have been chosen for snappy responses in the lower gears, and the gearbox is quite happy to be left to its own devices: shifts are slick and well timed, and kick-down response is incisive, too.

However, for those who want to push the X2’s boundaries, the combination of Sport mode and manual cog swaps via the paddle shifts makes for an enjoyable and engaging driving experience.

The lower stance and deeper driving position make the Beemer feel more sporty hatch than compact SUV, while the tidy road manners and almost total lack of body roll add to the sense of poise.

Braking or cornering hard on bumpier surfaces can test the limits of the X2’s damping, accentuated by those low-profile run-flat tyres, which have notoriously rigid sidewalls to the detriment of ride refinement.

The good news is that the front-wheel drive never really manifests itself in the classic understeer sense of the word. The X2’s attitude remains resolutely neutral, and thanks to ample grip and good balance, it tends to toe the chosen the line.

Come off the throttle mid-corner, and you may experience the rear becoming a little light, but never to any dramatic effect.

Thanks to its 182mm ground clearance, the X2 will easily cope with good gravel and even slightly rougher terrain. The limitations here are imposed by the front axle-only traction, and the tyres, which may be vulnerable to damage when hitting ruts, rocks or potholes. Remember, the X2 doesn’t have a spare wheel…

For me, the X2’s dynamic character is its strongest talent. It feels remarkably different and more entertaining than the X1, living up to its sportier, more athletic appearance. The combination of petrol engine and dual-clutch gearbox suits that character perfectly, too.

However, I’d imagine the X2’s target market will want to place greater emphasis on the sculpted styling, the tailored interior and the overall desirability of this designer SUV. In that sense, the X2’s natural foes are the Audi Q2, the Range Rover Evoque and Volvo’s impressive XC40.

In the BMW context, the X1 remains the more practical and slightly more spacious choice (for less money), while those seeking a compact SUV with more traditional virtues will be looking at more pragmatic options, with VW’s Tiguan arguably the class of the current crop.