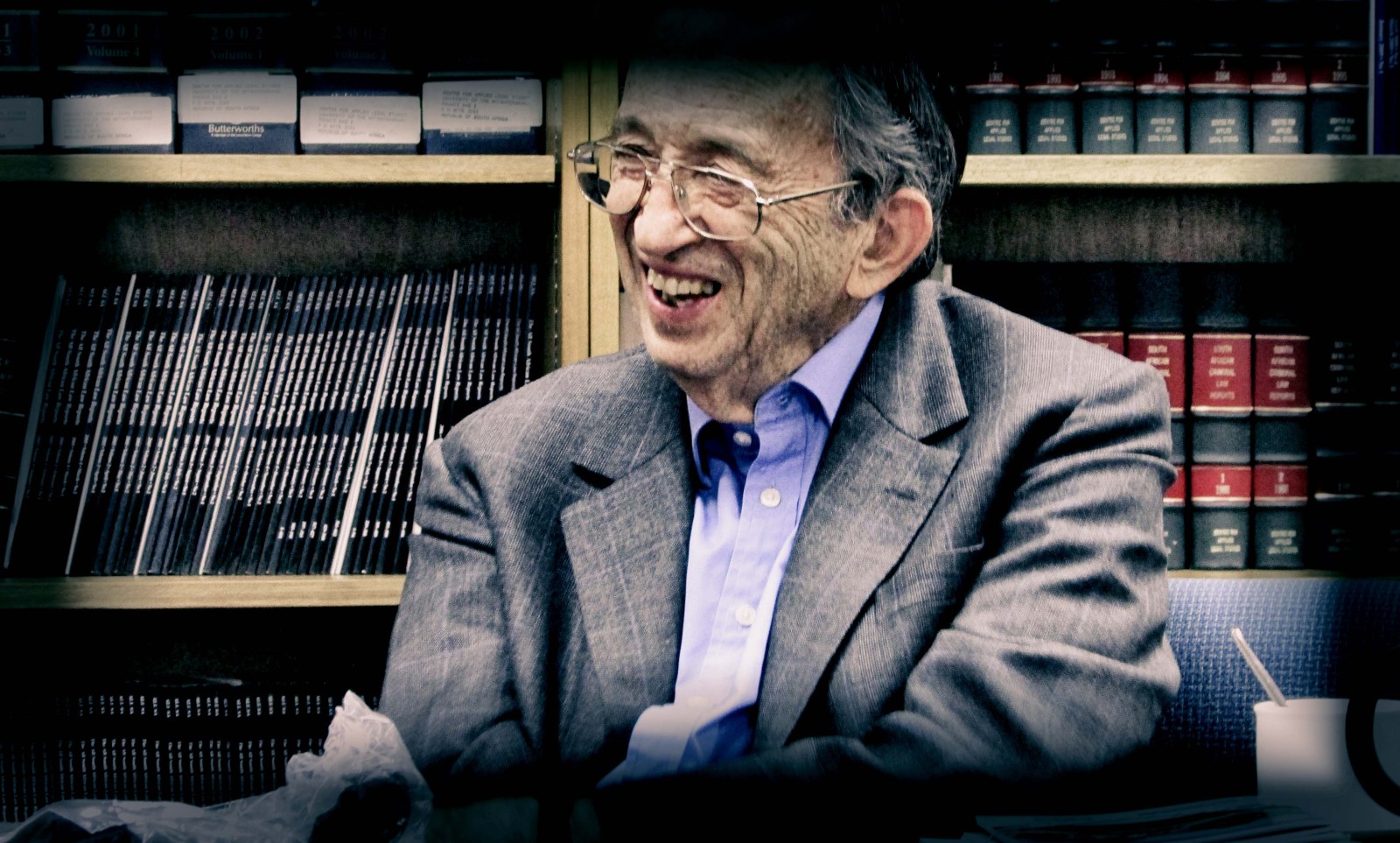 After Nelson Mandela’s Rivonia trial defence lawyer Joel Joffe died, there was an outpouring of tributes. A year later, I remember him as an example of the kind of lawyer and human being I would like to be.

Joel Joffe passed away, almost a year to the day, last Sunday the 18th of June 2017. Joel was best known for his role as the defence attorney for Nelson Mandela and the nine other accused who were in the dock during the Rivonia Trial. Described by Mandela as ‘the General behind the scenes in our defence’, Joel was an integral part of the fabric of the Rivonia Trial, about which he also authored the seminal book The State versus Nelson Mandela.

After Joel died, there was a litany of obituaries and testimonies. They spoke to his courage in defending freedom fighters in apartheid; for leaving the comfort of working for a law firm when they would not allow him to do pro bono work; for being asked by the apartheid government to leave and never come back (the notorious ‘Exit Visa’); for the refusal of the Australian government to admit Joel and his family on the basis that they were “undesirable immigrants”; for his trail-blazing work in the insurance industry; for his role as a philanthropist and for reforming Oxfam; for his continued dedication to Africa while in the House of Lords; and, of course, for his constant commitment to, and adoration of, his family and friends.

I knew Joel as a personal mentor and I want to talk about the part of Joel that perhaps might not appear in the declarations of respect and love that peppered the world’s press. I want to write about five things that you may not have heard about Joel Joffe.

He used his position in business to advance the international law field of “business and human rights”, particularly in the realm of pension funds.

So Joel’s wealth went beyond the making of money; his profit was in social justice and in the accountability of all repositories of power, both public and private.

While Joel garnered great respect, he worked and lived in a manner that was independent of the good opinion of others. He acted according to principles and not perceptions. This was evident in Joel’s contentious but determined commitment to the right of terminally ill patients to choose the time and manner in which they might end their lives. Twice he brought a private member’s bill to the House of Lords and on both occasions the Bill was rejected before its second reading. It was not often that the House of Lords would refuse even to debate a bill. Most people would wilt under the disapproving glare of such rejection. But Joel understood that the important consideration was not whether his fellow peers approved of his ideas; but rather that he proved his commitment to that which was unpopular.

But one thing that Joel’s death will not change is the extent to which I hold him in my heart as the benchmark for the lawyer – and the human being – I want to be. DM

Bonita Meyersfeld is an associate professor at the Wits School of Law and former Director of the Centre for Applied Legal Studies. She is an editor of the South African Journal on Human Rights and the founding member and chair of the board of Lawyers Against Abuse. Professor Meyersfeld teaches international law, business and human rights and international criminal law. Prior to working in South Africa, Meyersfeld worked as a legal advisor in the House of Lords in the United Kingdom and as a gender consultant to the International Centre for Transitional Justice in New York. She obtained her LLB from Wits and her masters and doctorate in law from Yale Law School. She is the author of Domestic Violence And International Law.