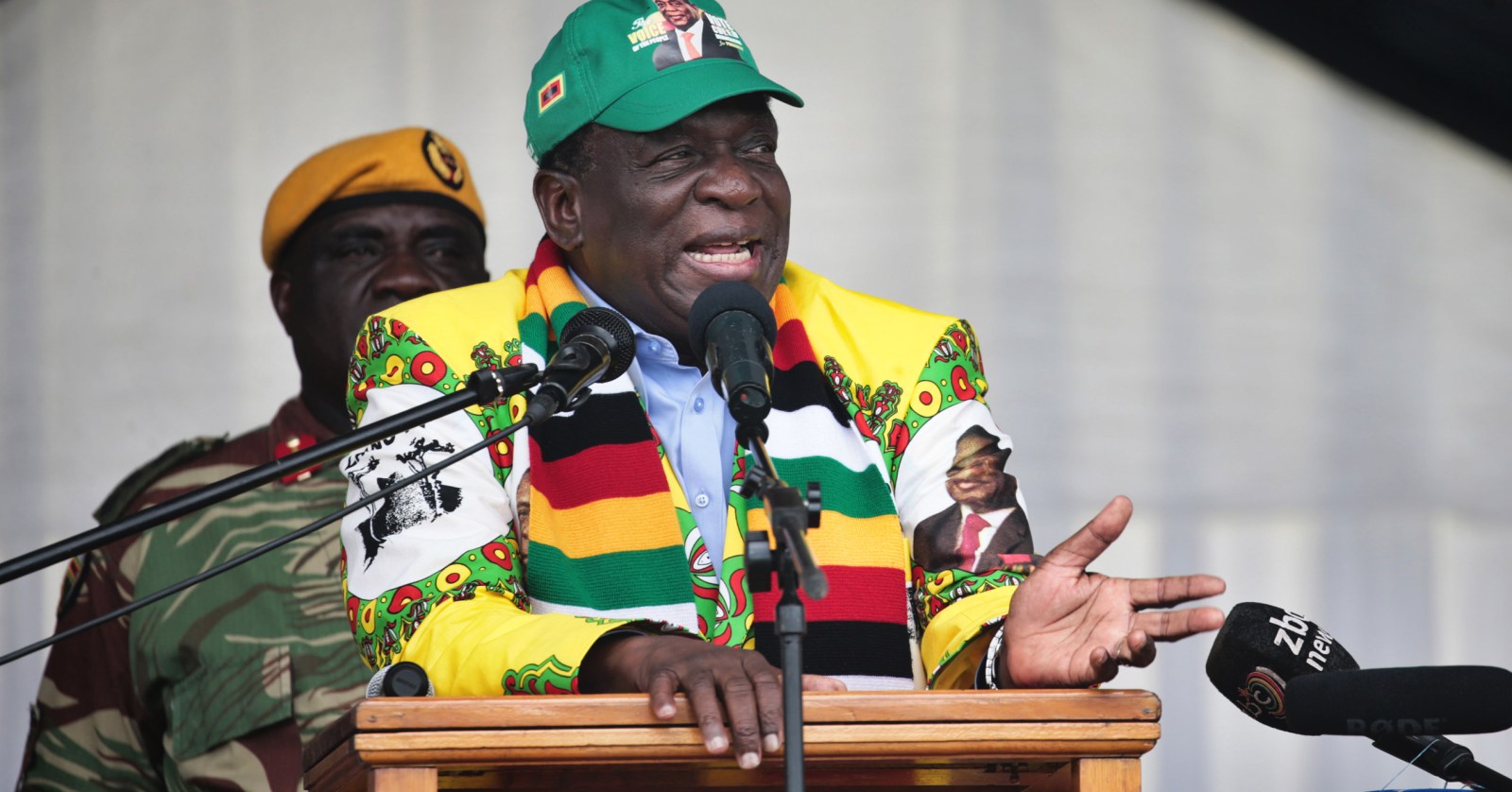 The number of aspiring candidates who were successfully nominated for the presidential election in Zimbabwe, at 23, with four women, is indeed record breaking. Names of unknown people, little known fringe politicians and musicians made it to the list for those wishing to run for president in the first election Zimbabwe will be holding without former president Robert Mugabe since independence from Britain in 1980.

Mugabe was ousted in a military operation code named “Operation Restore Legacy” just seven months before the end of his seventh term and replaced by Emerson Mnangagwa, who is now the ruling Zanu-PF party’s presidential election candidate slated for July 30 this year.

But political analyst, Rejoice Ngwenya, was not amused. “Basically this means that Zimbabweans don’t take the leadership of the country seriously, considering the amount of work that needs to be done to revive the country’s tattered economy. People should first look at their qualities and character, not to have Mickey Mouse characters aspiring to run this country,” Ngwenya added.

She said while others could argue that the departure of Mugabe had opened the space for people to participate freely in the political processes of the country, there was a serious need to consider the competencies and qualities necessary to be a leader of a country.

Some of the nominated aspirants were devaluing themselves and their families as they would be in the Guinness Book of Records for the wrong things.

“Do you want to be in the history books of the country and get 10 votes? You are trying to make history and devalue yourself and your family. Next time the bar must be raised higher in terms of the quality of the candidates and their history,” Ngwenya said, adding the election had been turned into a circus.

But in the midst of all the drama, opposition parties, known and not known, were determined to have their candidates nominated in all the available categories of Members of the House of Assembly, the Senate and in the local government elections.

While others were happy with the way things had gone at the nomination courts, others were disappointed. The Zimbabwe First Party was not happy that its presidential candidate, Maxwell Zeb Shumba, had his nomination papers rejected.

Although the Movement for Democratic Change (MDC) led by Welshman Ncube had some of its candidates nominated under the banner of the MDC Alliance (a coalition of seven political parties) led by Nelson Chamisa, the party was not happy with the bullying by its alliance partner, the MDC-T.

Party general secretary Miriam Mushayi accused the MDC-T of taking away seats that had previously been allocated to her party, adding that Ncube had stood firm to ensure the MDC Alliance did not crumble even after the MDC-T, which is the biggest partner, had fielded candidates in constituencies reserved for his party.

“There has been high levels of dishonesty, treachery and total disregard of any agreements by the MDC-T led by Chamisa,” Mushavi said in a statement.

And ordinary Zimbabweans also had their say on the unfolding events in the country.

Lovemore Jack, a Zimbabwean national  in Pretoria, said while the ruling Zanu-PF may have disgruntled elements who were now going all out against the party as independent candidates, he was not particularly happy about the disunity within the opposition political parties.

“The opposition doesn’t quite seem to be showing the much needed unity against the tyrannical regime which destroyed our socio-economic fibre and pushed us into staying in the diaspora. It seems former Government of National Unity (GNU) finance minister Tendai Biti is trying to capitalise on the popularity of the young and robust Chamisa.

“I don’t see what is tangibly coming from Biti’s party besides his personal historical Curriculum Vitae (CV) imprint as (Morgan) Tsvangirai’s strongman back then,” Jack told Daily Maverick.

Jack said Chamisa should have run along with Thokozani Khupe (former MDC-T vice president), adding that the number of opposition parties in the race could split the vote in favor of Zanu-PF. Khupe will be contesting as the MDC splinter party presidential candidate.

Martin Tigere from Harare echoed the same sentiments, adding that despite the confusion characterising the opposition, Chamisa was sure to land the presidency come July 30.

“I still think that MDC will win but they have been robbed of a landslide because of the splits within the party,” he said.

Patrick Mofolo from Harare said the decision by members of the two main political parties, Zanu- PF and the MDC-T led by Chamisa, to register as independent candidates was a worrisome development.

“This will definitely complicate issues as voters will be left confused as to who to vote for and there is a likelihood of some Zanu-PF voters voting for MDC-T candidates and vise-versa,” Mofolo said.

In a statement, David Dreier, a former US Congressman who is part of the delegation, said, “While the IRI-NDI delegation found several notable improvements in the political environment and electoral preparations as compared to prior elections, a number of significant opportunities to break with the past have been missed.”

“As a result, we still have concerns about the fairness of the process,” Dreier said. DM