The Gods Who Send Us Gifts: An Anthology of African Stories 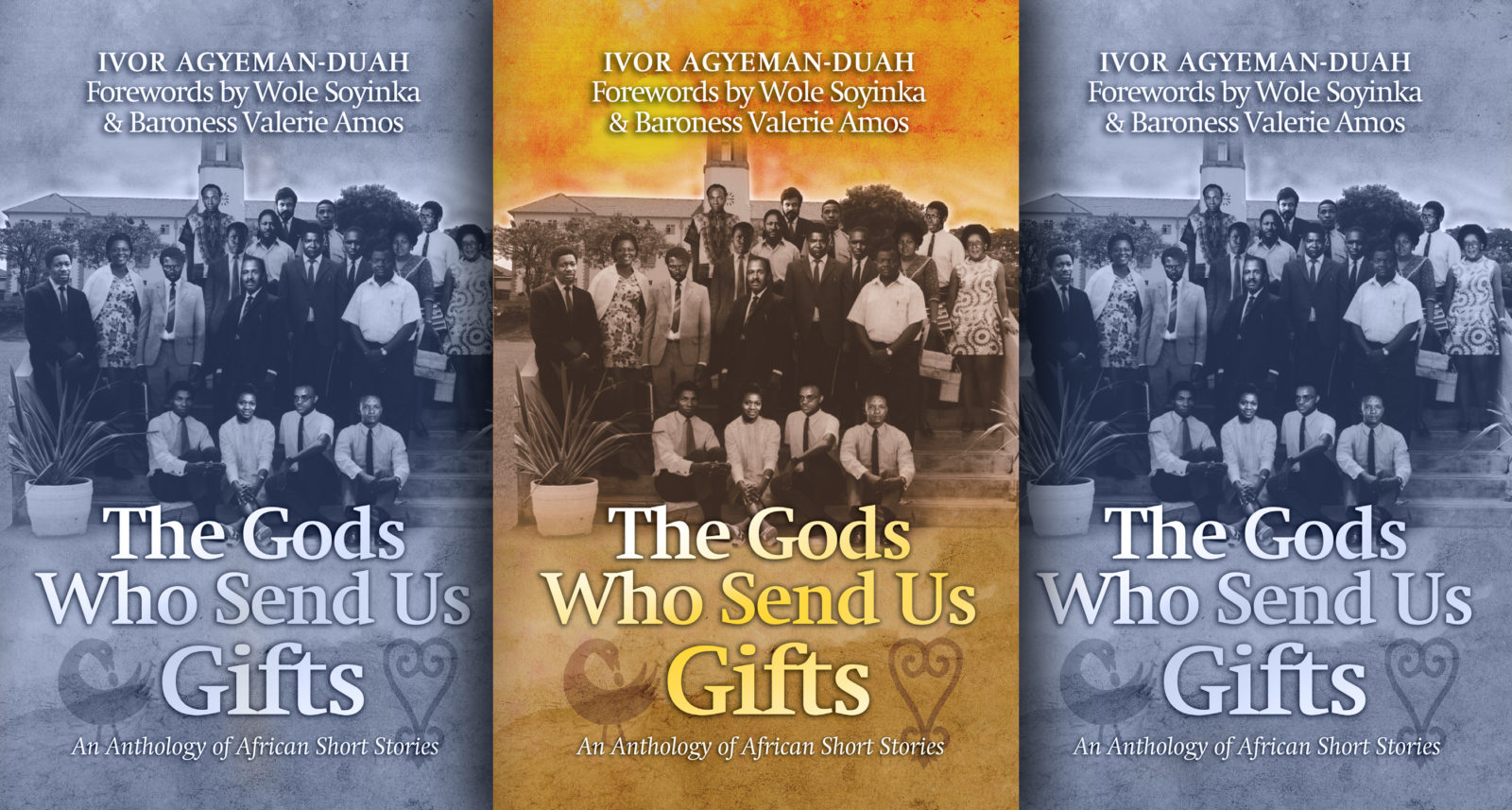 The great gift of a literature is the offer of an insight into the hearts and minds of a people caught up in history or the borders of a country. This collection of short stories brings together a host of prominent writers from the African continent with a foreword for South Africa from Wole Soyinka.

In May 2018, the University of Johannesburg launched the book The Gods who send us Gifts, An Anthology of African Short Stories. Nobel Peace laureate and visiting Professor Wole Soyinka wrote a foreword for the collection in celebration of the 55-year anniversary of the famous Makerere Conference of African Writers of English Expression.

Whether the stories have been created in Nigeria, about the consequences of a Catholic father’s paedophile ways, or in Ghana about a Ghanaian woman and a Rwandan future economist she met in Missouri and their happy love, or in Senegal, written by leading author Boubacar Boris Diop, on matricide in the city.

South African author, Zukwiswa Wanner brings us Upon this Handful of Soil, about the Anglo-Boer War and the people who lived through it. Other writers include Monika Arac de Nyeko from Uganda.

The God’s Who send us Gifts is written by some of the talented and prominent writers Africa has to offer. They have dedicated their time and skill to penning down their own eulogy to the famous Makerere conference of African literature hosted in Makerere University in Uganda in 1962, a conference which Soyinka was a part of.

South African writers such as Dennis Brutus, Lewis Nkosi, Espkia Mphahlela and Bloke Modisane were part of this young and ambitious group of writers who were recording the histories of their continent.

It is said that when Kenyan writer Ngugi wa Thiong’o was a student at Makerere University, he went to the conference with a copy of his manuscript for his first novel and handed it to his literary idol, Chinua Achebe. And from then on his life was never the same.

Wole Soyinka is an outspoken writer, poet and civil activist. In 1988 he published a collection of poems titled Mandela’s Earth, dedicated to the then incarcerated Nelson Mandela. Soyinka’s elegant eulogy spoke of an Earth Mandela had created for and within himself, and an inner strength that he possessed that seemed to defy logic.

Furthermore, Soyinka is also a known and fierce critic of oppressive regimes through his pen and his activism. He was often exiled from Nigeria for his playwriting and poetry when it criticised the incumbent government.

When American President Donald Trump won the US presidency, Soyinka kept to his previous vow to destroy his Green Card and leave the US in the event that Trump won. He has not been to back to America since.

Thirty-six years after the Makerere conference, Soyinka returned to Uganda for the first time to pay homage to the founding of the conference and his literary comrades, most of whom have since passed on.

“When we set out from Nigeria in 1962, we had been on excursion of creative buoyancy and high optimism. Now we were returning in a season of despondency,” wrote Soyinka.

In his foreword he described the “project that lead him to his second visit as an antithesis of nostalgia”.

The country had changed from what it was and that brought with it the pain of the lost dreams and the potential squandered. He saw a country that had set out to be the best of itself now descended to the ever-crippling cycle of poverty and war.

I was, after all, visiting Uganda for the first time in some 30 eventful years of Africa’s endless transitions: post Idi Amin; post Julius Nyerere’s Ujamaa; post apartheid…”

It has been 55 years since that momentus era of visionary writers bouyed by the mood of that time: Independence. The efforts they made have inspired a new generation of African writers who have been gathered to write this anthology and bring together different stories across Africa. These are stories that come from as far and wide as the first generation of writers in 1962.

These are stories of an Africa that has war and conflict, love and misery, hunger and joy. These stories offer us a full and minute view of a continent we can learn a lot from by from the wrong paths they took and the ones not taken. Soyinka’s foreword looks at a history of a continent he been a part of and the rise and fall of Uganda under Idi Amin.

Once a champion of the people and a voice against corruption and exploitation, Idi Amin gained power through populism and polarisation. And yet power’s effect on him was the same as any other man — it corrupted him.

“Whatever is it that gets into the heads of African leaders,” reflects Soyinka, “that they think they must out-posture the last vainglorious villain in power?” DM

James Stent for GroundUp • 12 mins ago