The fightback against tuberculosis starts now 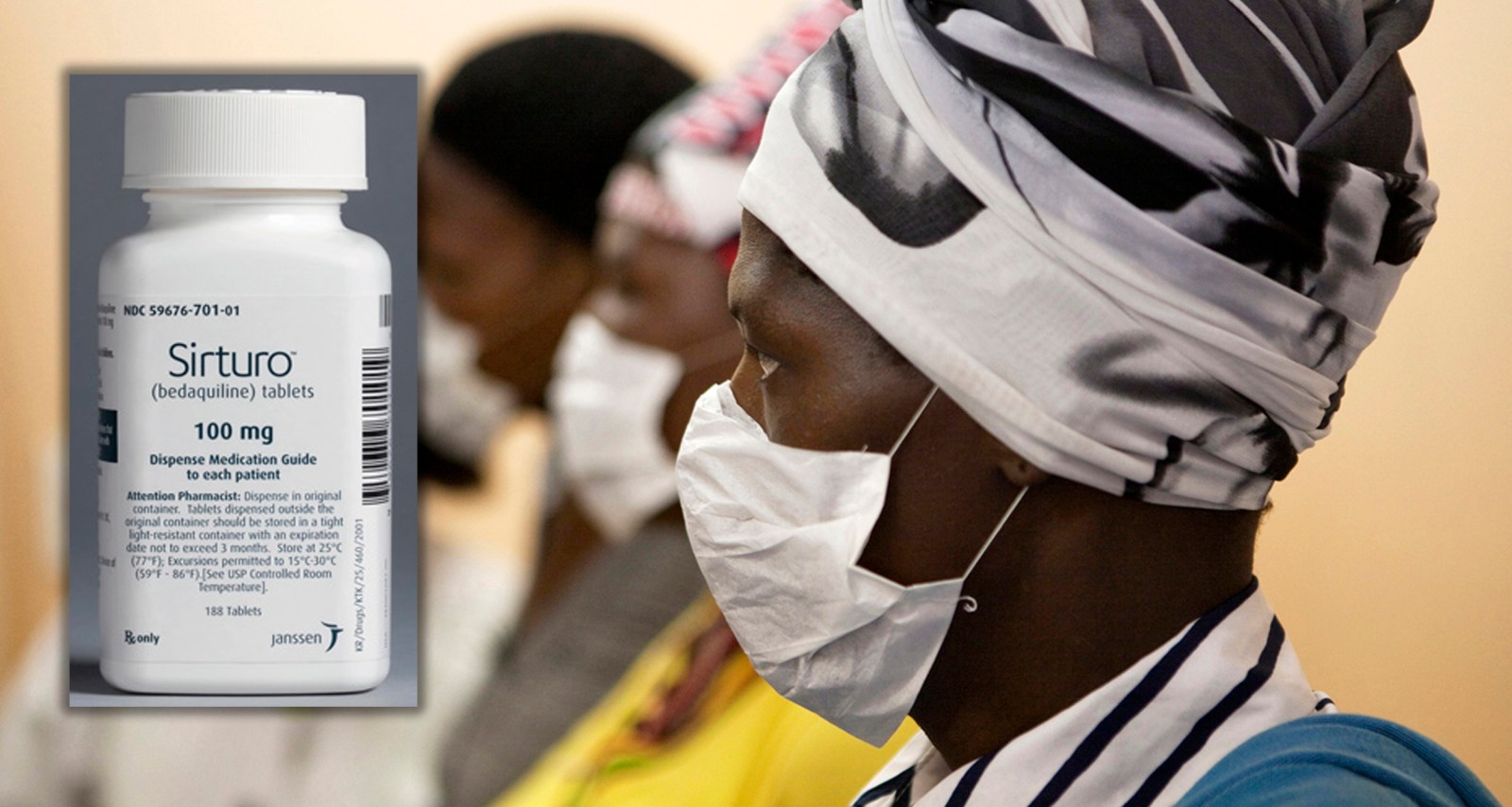 Patients with HIV and tuberculosis (TB) wear masks while awaiting consultation at a clinic in Cape Town's Khayelitsha township, February 23, 2010. In South Africa, 5.5 million people live with HIV/AIDS ? more than in any other country - while 33 million people live with the disease worldwide. In Khayelitsha there is a saying, ?Living with HIV, dying from TB?. The weakened immune system leaves those infected vulnerable to infectious diseases like TB, which spreads easily in Khayelitsha?s poor living conditions and dense population. The TB incidence there is among the highest in the world. REUTERS/Finbarr O'Reilly (SOUTH AFRICA - Tags: HEALTH SOCIETY)

A death sentence. That is how the deadliest form of tuberculosis (TB) is often described. But breakthrough data from South Africa on the blockbuster anti-TB drug bedaquiline could change the fate of people with extensively drug-resistant TB (XDR-TB). The country is leading the way in the fight against drug-resistant TB (DR-TB), changing the prognosis for DR-TB patients from bleak to beatable – not only for South Africans, but for people across the globe.

In 2012 fewer than one in five South African XDR-TB patients were cured. Three years later this figure more than doubled, according to new data revealed to Health-e News by the head of DR-TB at the national Department of Health Dr Norbert Ndjeka.

“In 2015, 51 percent of XDR-TB patients were successfully treated, in other words cured,” said Ndjeka, speaking from the 5th SA TB Conference that took place in Durban in June 2018.

In 2012, half of XDR-TB patients died, despite having access to treatment. In 2015 the death rate fell to 27 percent.

Most, including Ndjeka, attribute this dramatic improvement to the introduction of one of only two new anti-TB drugs developed in the last 50 years: bedaquiline.

DR-TB comes in two forms. Multi-drug resistant TB (MDR-TB) is resistant to two of the most common anti-TB drugs and XDR-TB is resistant to four – leaving very few drugs available. DR-TB treatment has traditionally equated to taking a cocktail of old and toxic drugs for about two years. The side-effects of this treatment are often debilitating, for example deafness, but even if patients take all their pills religiously they have a very slim chance of being cured.

In 2013, South Africa made “a bold and innovative move” to introduce a brand-new drug into the TB programme, according to Dr Francesca Conradie, a DR-TB expert from the Southern African HIV Clinicians Society.

It was bold, she said, because bedaquiline’s manufacturer Janssen Pharmaceuticals had not completed the usually-required years of rigorous safety and efficacy testing. Early trials had shown promising results but health experts had safety concerns.

But because, with so few effective drugs available, patients were dying, the Department of Health made the decision to introduce it to a small number of patients as part of a compassionate access programme. In 2014, access was rapidly scaled up and now two thirds of all people receiving bedaquiline are in South Africa.

According to the World Health Organisation’s 2017 Global TB Report, only 30 percent of XDR-TB patients in the world were cured or
successfully completed treatment. But, as shown in the new Department of Health data, more than half of South Africans with the same disease are cured.

The chances of being cured of MDR-TB are usually higher, at around 50 percent. But for the first time in South Africa and the world, said Ndjeka, patients with MDR-TB and XDR-TB have similar chances of survival. This is because people with XDR-TB in South Africa are automatically given bedaquiline as soon as they start treatment, while MDR-TB patients only have access to the medicine if doctors find out that their drug regimen is causing serious side-effects.

Although initial trial results for bedaquiline showed promise, the new data from South Africa provides concrete evidence to the world that this drug is essential and saves lives, according to Conradie.

But why, then, does South Africa, a developing country, have more access to this drug than other more wealthy nations?

Conradie and Ndjeka said it comes down to political commitment, specifically the commitment of Minister of Health Dr Aaron Motsoaledi.

Although Motsoaledi has come under fire in the past few weeks amid reports of the disastrous state of the country’s public health system, many of those in the TB field are quick to point out his contribution in putting this often-ignored disease on the global agenda.

“The reason other countries with DR-TB epidemics haven’t introduced bedaquiline in the same way we have simply comes down to a lack of political commitment,” said Conradie. “The South African government has put their money where their mouth is and the result is we have much fewer people dying of DR-TB.”

This is why most see the scheduled United Nations High-Level Meeting on TB, taking place in New York in September, as a “momentous” opportunity to finally end TB as a public health threat.

Doctors Without Borders’ Julia Hill said that much of the progress achieved in tackling HIV can be attributed to the results of a similar United Nations meeting held on Aids, after which “HIV was seriously recognised as a global threat and heads of state started to take it seriously”.

Motsoaledi was in fact the person who initially suggested and then advocated, successfully, for a similar meeting to be held on TB.

“Many people don’t regard TB as a threat and a problem. TB is a very silent killer. It doesn’t kill dramatically,” Motsoaledi told Health-e News.

“But it is the number one infectious disease killer on the planet and also in South Africa but it does not make people afraid in the same way as Ebola or HIV for example, and this is our challenge,” he said.

He said that one of his priorities at the September meeting will be pushing for increased access to bedaquiline in every country where DR-TB exists.

“I’ve been singing this song again and again. People ask whether new drugs like bedaquiline are affordable. If one person with TB on average infects 14 others, I ask: can we afford not to invest in life-saving drugs? This is the question I’m going to take to the United Nations,” he said.

“We believe something very significant will happen around bedaquiline in September.”

One of the main drugs traditionally used to treat DR-TB causes hearing loss or deafness in up to 60 percent of patients who use it, according to Doctors Without Borders’ Dr Anja Reuter.

“If you do suffer deafness from this drug it’s often irreversible and can have a catastrophic effect on your life. In some rare cases you can go completely deaf from a single dose of this medicine,” she said.

She said her organisation is advocating for bedaquiline to replace this drug in the treatment of all patients with DR-TB.

Said Motsoaledi: “We have not been able to beat TB for centuries. But with these encouraging results and the meeting in New York in September, we believe that we might just be the generation to end this silent, but very effective killer.” DM