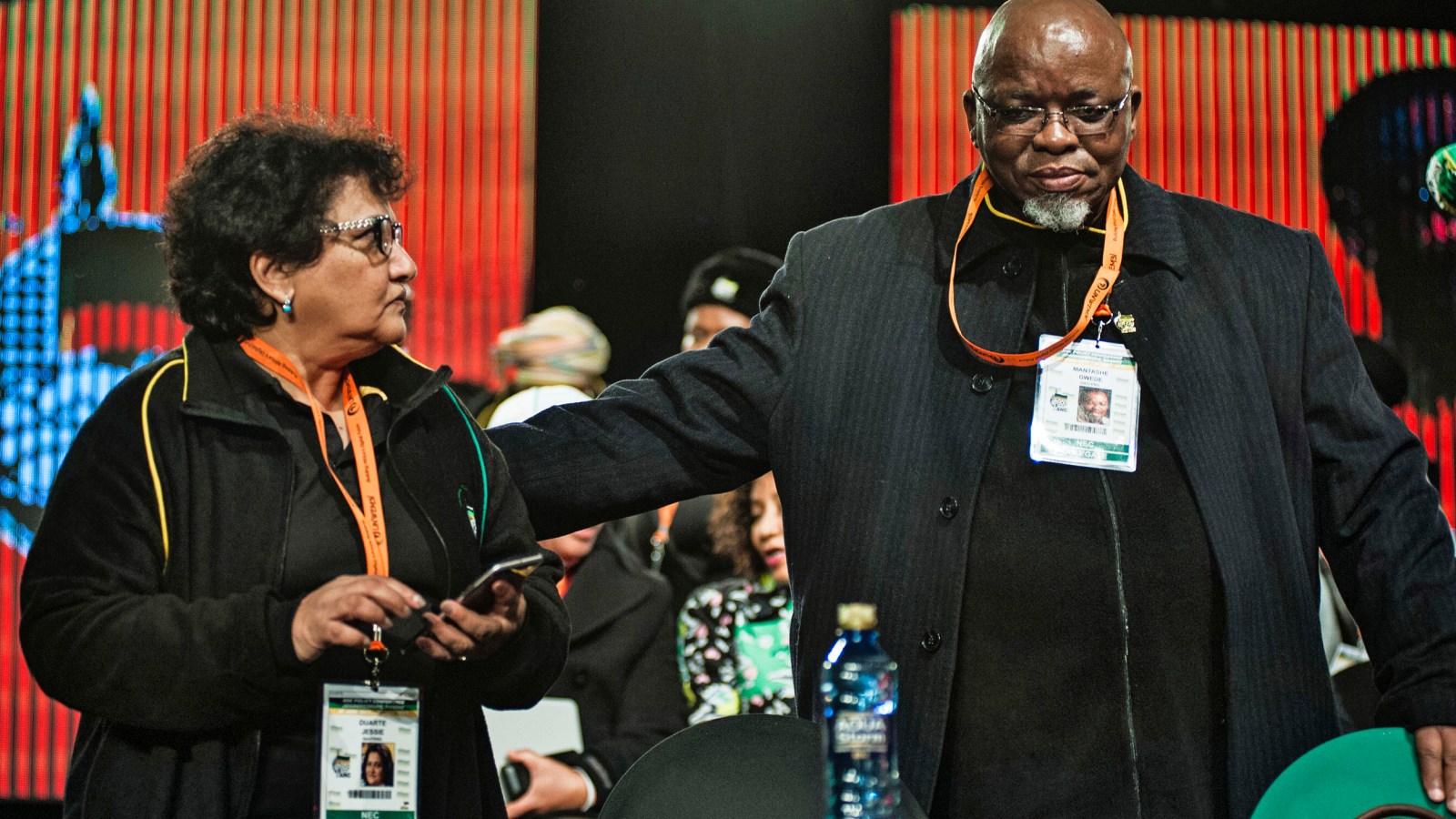 The draft mining charter is looking to balance policy certainty and stability for the mining industry, benefits to communities and workers, while pursuing transformation not by numbers, but through quality equity. It’s a tall order in itself.

But the mining charter process over the past few months, facilitated by the so-called “Ramaphoria” that broke a long-standing face-off between industry and government, has raised a series of other issues. And so it also marks a start of a clean up at the Mineral Resources Department.

On Sunday, Mineral Resources Minister Gwede Mantashe said the current draft mining charter was a “totally different animal” from the previous controversial one published in 2017. The version published on June 15 was widely consulted on, not only with organised mining and mining houses, but also social partners and communities in 11 areas.

“We’re hoping there will not be too many changes. We’ve engaged everyone,” said the minister, adding that after the public comment period, there would be a consolidation and socio-economic impact assessment before it is brought to the Cabinet for approval.

“How long will this take? I can not say.”

The draft third mining charter was gazetted for a month-long public comment period during which a mining summit is tentatively scheduled for 7 and 8 July 2018.

It is the outcome of a series of political interventions following the election of Cyril Ramaphosa as president in February 2018, and change at the helm of the mineral resources portfolio in a subsequent Cabinet reshuffle later the same month.

Since 2017 mining companies and government had locked horns over proposals by then minister Mosebenzi Zwane, who has been under scrutiny for his involvement with the Gupta family in the Vrede dairy farm affair while Free State agriculture MEC.

The deadlock headed to court, particularly over the reversal of the once empowered, always empowered approach to black economic empowerment opposed by the Minerals Council South Africa, then still known as Chamber of Mines.

Following President Ramaphosa’s State of the Nation Address on 16 February – he described mining as “a sunrise industry” and undertook to intensify engagements on a new mining charter “to ensure that it is truly an effective instrument to sustainably transform the face of mining in South Africa” – court action was effectively suspended.

“In line with the spirit and the tone of the message as stated by the president (during SONA)… the Chamber of Mines is agreeable to the request by the Presidency to give negotiations a chance,” it said in a statement on 18 February 2018, on the eve of the court hearing.

“The Presidency has indicated that the president is committed to resolving the impasse over the mining charter and to facilitate a process of developing a new mining charter, inclusive of all stakeholders and in the interests of the industry and the country as a whole.”

It’s been a few high-pressure months for Mantashe, the one time mineworker trade unionist turned ANC top official, and now also minister. But the battles are far from over.

Some toenadering has been achieved over the controversial 30% BEE target: now included are recognition of prior deals, that voluntary exit by BEE partners should not lead to penalties and five-years grace to top up the existing 26% equity stake, although all new licences would require 30% BEE levels.

The Minerals Council South Africa has reiterated it did not support this 5% community and worker free carry.

“The industry does not favour a requirement of 10% ‘free carry’ on new mining rights as part of the proposed 30% BEE equity ownership target, as it would render uneconomic a significant proportion of potential new projects, and would undermine and constrain any prospects for growth in the sector and indeed the economy as a whole,” it said in a statement.

However, Mantashe and Council for Geosciences chief executive Mosa Mabuza, a key mining charter negotiator, maintained community and worker reimbursements paid into trusts were key to ensure benefit and transformation.

Mining activity had polluted environments and “cracked houses” in nearby communities, while workers’ benefits, alongside representation on boards, would ensure employees had a stake in mining companies’ operations and performance.

“Any company that is global and modernised in 2018 will understand this is not a cost, but an investment to workers,” said Mantashe, adding later: “Once you think mining is about rocks… minerals… prices, you have lost the plot. Mining is about people, human beings”.

But there could be contestation from other quarters, including traditional leaders. The Congress of Traditional Leaders of South Africa (Contralesa) earlier in June complained of deprivation as the state had “nationalised” all minerals without compensation in communal lands, saying this had effectively been “a forced sale”.

This input was made during a colloquium on land in Parliament ahead of public hearings on a constitutional review for land expropriation without compensation.

Contralesa’s argument highlights the not infrequent conflict over mining between traditional leaders and communities. The conflict over mining at Xolobeni, Eastern Cape, is currently before court, and the Constitutional Court is set to hear another dispute from the North West platinum belt.

Mantashe was adamant mineral resources belonged to the state, which acted as custodian. While communities have not been defined in the draft mining charter – they would be allowed to self-identify – the minister said it then was up to communities and, where applicable, traditional leaders to establish properly functioning trusts for the 5% free carry for communities’ benefit.

The draft mining charter, from Mantashe’s view, is about qualitative empowerment and transformation rather than just numbers and “to tick the boxes of compliance”.

And so, once the charter is finalised, other issues that emerged during consultations would be taken up, including communities’ grievances over damage to houses and the exhumation of graves.

“We are going to deal with these issues. We will not throw them away,” said the minister.

Several other regulatory matters outside the mining charter process are being dealt with, including dodgy dealings by officials in regional offices of the Department of Mineral Resources.

One is the backlog of licences that in some regional offices dated back to 2102, according to Mantashe’s budget vote speech on 15 May, 2018. Then he told MPs there were no clear reasons for the delays. “The word in the corridors is that applications from ‘known’ or ‘paying’ applicants are prioritised. Internal systems to detect delays in the processing of mineral right application is [sic] non-existent.”

The Limpopo Mineral Resources office effectively has been closed, and all matters referred to Pretoria. This after an assault of the regional manager, who was also sent an envelop with a bullet – a clear “threat”, according to Mantashe. Investigations are ongoing.

One Mpumalanga Mineral Resources official has been suspended following claims of bribery. A report on this matter was due in the next few days.

“Once finished, we will go to other offices,” undertook Mantashe, adding not only was the reputation of Mineral Resources at stake, but also government’s reputation as a whole. “We must clean our offices…”