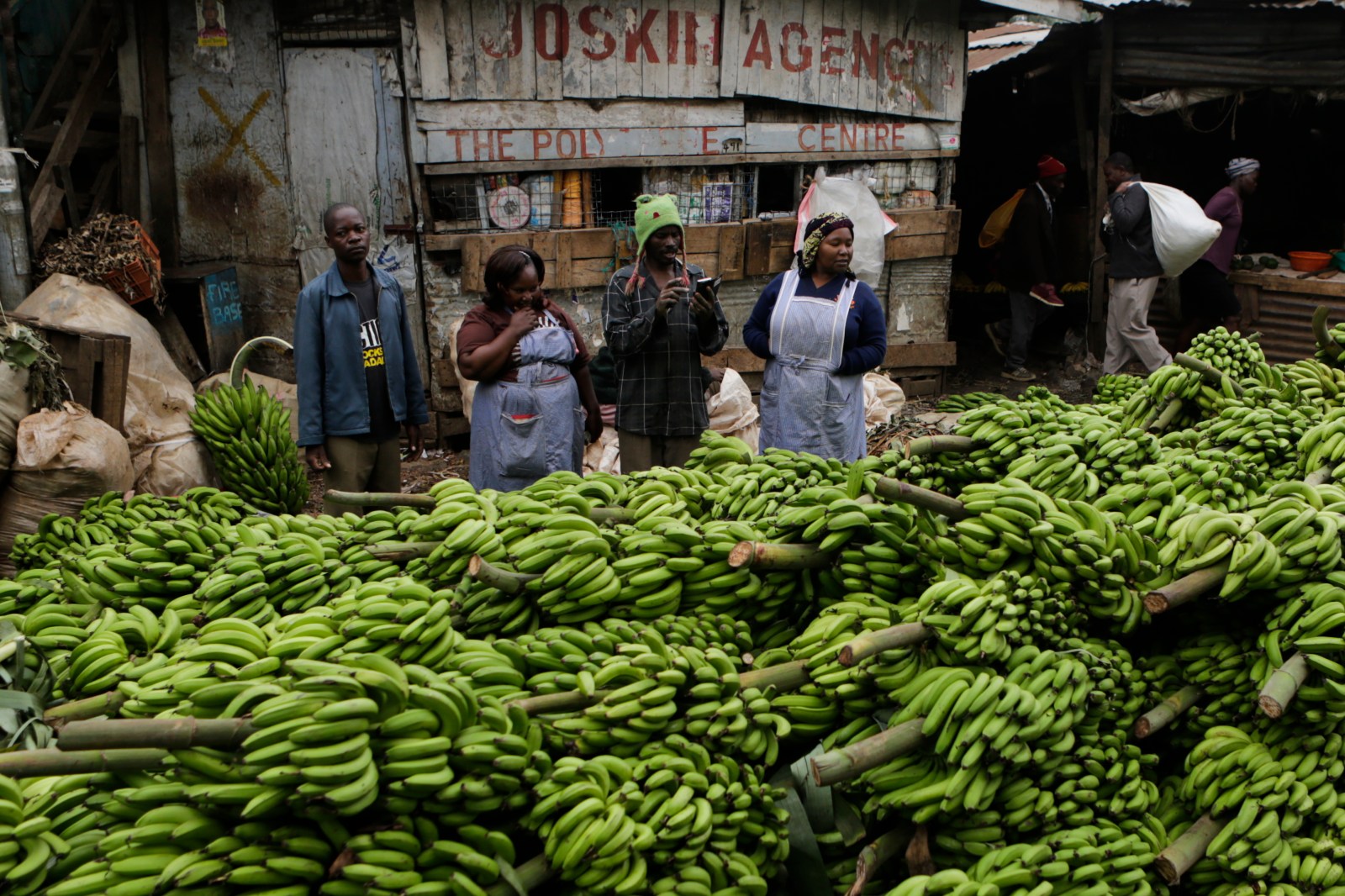 In Kenya, food consumption is outpacing food production. According to a new Institute for Security Studies report, annual agricultural production will need to increase by an estimated 75% from 2015 levels in order to meet consumption in 2030.

Kenya’s agricultural sector, the eighth largest in Africa by volume, has struggled to keep pace with consumption since the late 1990s. However, the difference between food supply and demand remained less than two metric tons until 2009 (see Figure below).

IFs forecasts that agricultural consumption in Kenya will exceed production by nearly 20 million metric tons by 2040. This means that imports would have to meet roughly 25 percent of agricultural demand.

Low productivity in the agricultural sector and rapid population growth are two key dynamics responsible for this growing divergence. Figure 2 shows that Kenya has a lower average yield than other lower-middle-income and upper-middle-income countries. While Kenya’s average yield is forecast to moderately improve over the coming decades, it will probably remain comparatively low. 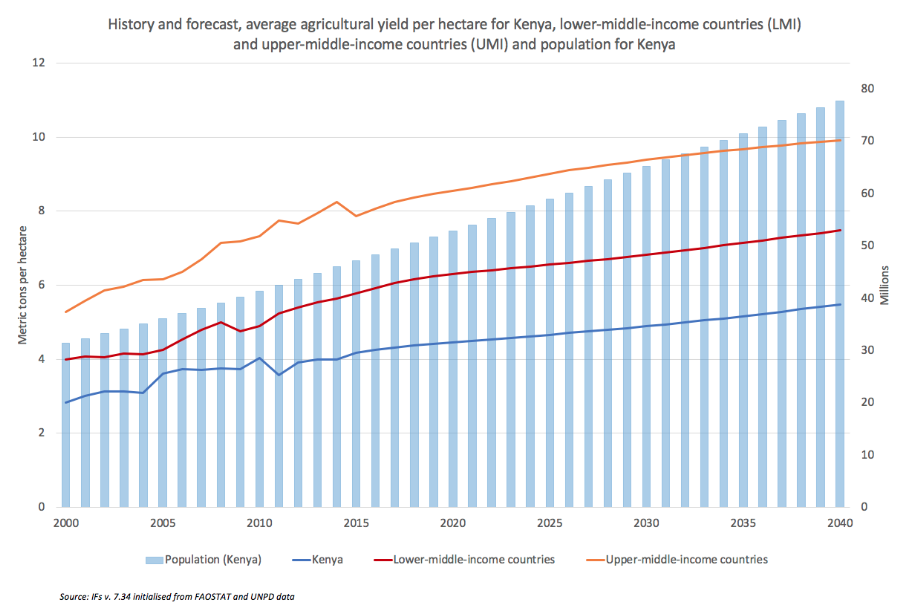 A number of factors contribute to low productivity in Kenya’s agricultural sector. Only about two percent of arable land is equipped for irrigation. Farmers struggle to gain access to adequate seed, fertiliser and other inputs. Uptake of new technology is low.

The effects of climate change – a source of grave, albeit familiar, concern for many people in Kenya and in East Africa generally –present formidable threats to farmers and pastoralists.

A spike in maize prices, for example, could leave many people in Kenya unable to purchase sufficient food. People who are poor or who already face obstacles to obtaining adequate nutrition are particularly at risk of experiencing recurring food crises.

Around 3.4 million Kenyans are severely food insecure while 309 000 have been internally displaced due to food insecurity and drought. Large swathes of Marsabit and Turkana counties have reached “crisis” levels of hunger, according to the Integrated Food Security Phase Classification system, and are increasingly vulnerable to “emergency” levels. This is one step away from famine.

An estimated 175 000 children have been absent from pre-primary and primary school due to drought and large numbers of animal deaths have been reported in Turkana, Marsabit, Samburu and Mandera counties.

This is an achievable goal for Kenya. Public-private partnership investment in agriculture in arid and semi-arid areas is a key strategy for boosting productivity in the sector, according to Gituro Wainaina, former acting director-general of the country’s Vision 2030 development programme delivery secretariat.

Through these efforts, Kenya may increase agricultural productivity, lessen its dependence on agricultural imports and, in turn, contribute to strengthening food security across the country. DM