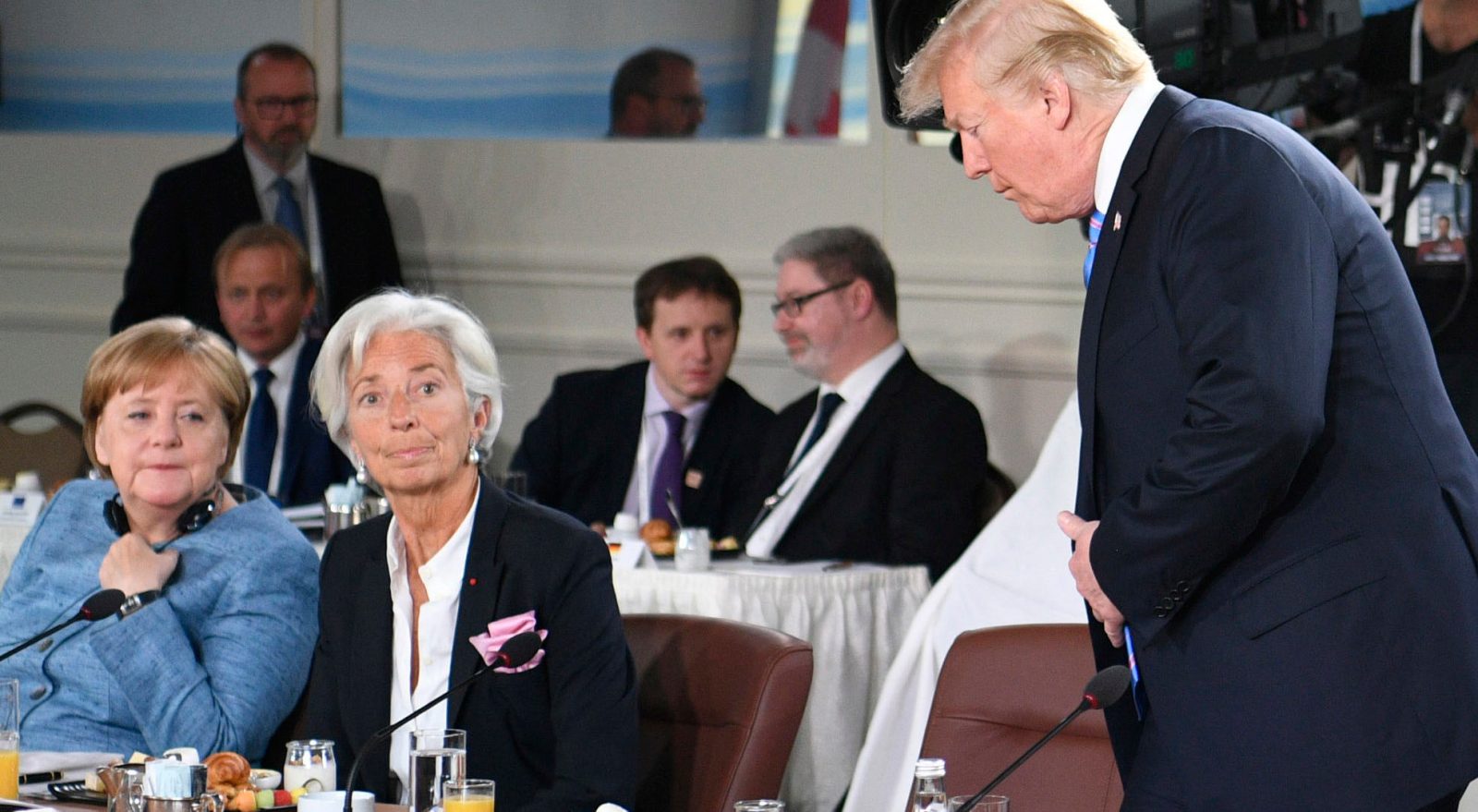 As the richest economies in the world, G7 countries can bring about far-reaching systemic changes envisaged in the global agenda for sustainable development. The impact of G7 countries goes well beyond their borders. We have told leaders that they must use this unique footprint for the benefit of women and girls.

For most people, the annual G7 meeting may just seem like an expensive photo-op that doesn’t connect with any concrete change in people’s lives. But for us, appointed by Canadian Prime Minister Justin Trudeau to sit on his G7 Gender Equality Advisory Council, it was a unique opportunity to push for strong commitments for girls’ and women’s rights. We had the opportunity to meet the seven leaders for breakfast and make a strong case for concrete commitments and accelerated action to achieve gender equality within a generation.

There is unprecedented momentum and support for gender equality and women’s rights. With the universal adoption of the Sustainable Development Goals, which put gender equality at the centre, and the global attention brought by #MeToo and related campaigns on ending sexual harassment and other forms of violence against women, support for improving outcomes for girls and women has never been so high. The explosion of discussions in our offices and shop floors, our board rooms and locker rooms, our dining rooms and bedrooms must come right to the G7 table. It is therefore significant that leaders spent two hours discussing gender equality and that it was also part of other discussions.

As the richest economies in the world, G7 countries can bring about far reaching systemic changes envisaged in the global agenda for sustainable development. The impact of G7 countries goes well beyond their borders. We have told leaders that they must use this unique footprint for the benefit of women and girls.

Together with the Gender Equality Advisory Council, we have put forward a comprehensive set of recommendations.

As a foundation, it is critical to eliminate discriminatory legislation which persists in G7 countries and around the world. We also called for the removal of barriers to women’s income security and participation in the labour market. Concrete measures, such as legislation and implementation of pay equity can close the wage gap between men and women. And the jobs of the future, whether it is in the digital economy or artificial intelligence, must help close – not further widen – the gender gap.

For most women, the challenge of balancing productive and reproductive lives creates a “motherhood penalty” that triggers major setbacks for women in the economy. G7 leaders can shape an economy that closes the gap between women and men through affordable childcare, paid parental leave, and greater incentives for men to do half of all care work.

Addressing violence against women in the workplace is critical. Employers, shareholders, customers, trade unions, boards, ministers all have an obligation to make workplaces safe, hold perpetrators accountable and end impunity. The emerging International Labour Organisation’s standard to end violence and harassment at work should be supported to drive greater progress in this area.

None of this will happen without the full participation and voice of women at all decision-making tables. We applaud the increasing numbers of countries with gender equal cabinets. We need more countries to follow suit, as well as the private sector.

Because men still disproportionately control our political, economic, religious, and media institutions, they have a special responsibility to actively support policies and cultural change. Men’s voices and actions, including those of our predominately male political leaders, are critical because they have such a big impact on the attitudes and behaviour of other men.

We welcome the announcement by Canada, the European Union, Germany, Japan, the United Kingdom, and the World Bank of an investment of nearly $3-billion for girls’ education, including the single largest investment in education for women and girls in crisis and conflict situations. This is a significant step forward to build a foundation for greater progress.

In our own work, as the Executive Director of UN Women, and as a writer and activist focused on engaging men to promote gender equality and end violence against women, we’ve been witness to dramatic changes over the past few decades. The courage of individual women and the leadership of women’s movements have meant that patriarchy is being dismantled in front of our eyes.

But greater leadership is required. A strong commitment by G7 leaders to take this agenda forward beyond the summit can push forward the most dramatic and far-reaching revolution in human history. The one that will make gender inequality history. DM

Phumzile Mlambo-Ngcuka is Executive director of UN Women and Michael Kaufman is co-founder of the White Ribbon Campaign.