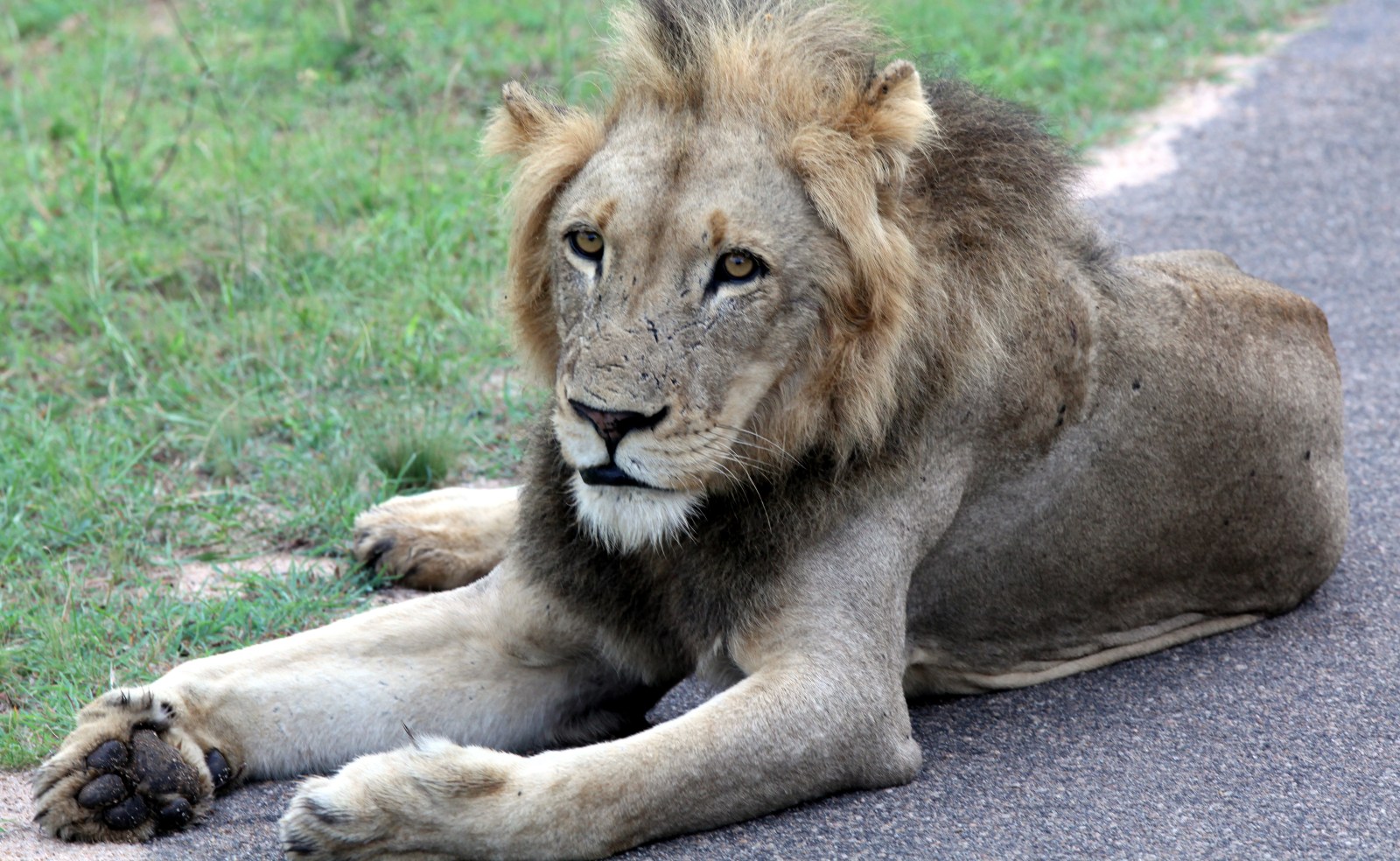 A male lion rests on a street in the Kruger National Park in South Africa, 10 December 2009. EPA/GERNOT HENSEL

A counterpoint to the argument put forward by Don Pinnock about culling of lions and other wild animals.

Kruger National Park is home to a growing population of 1,800 lions among a large array of other wildlife, according to parks spokespeople. In an article published in 2017 by Clara Wiggins, a park employee, Danie Pienaar, is quoted as saying:

“With a 1,800km boundary, Kruger’s fencing is never going to be foolproof (it can be broken and lions can slip through small holes), and there’s never going to be 24/7 surveillance, so animals will regularly wander. Sometimes they return of their own accord; sometimes they’re darted, captured and unceremoniously put back. Unfortunately, there are also habitual offenders who are eventually put down… but in most cases, no one is any wiser that the big cats ever strayed from their normal habitat.”

Later he added, “this probably happens at least 10 or 20 times a year,” although he believed the number was probably higher as not every incident was reported.

As an example, in 2017 three male lions escaped from the park, and killed and ate a cow. The farmer killed one lion and wounded another while park employees killed the wounded lion and the remaining one. According to the report, the spokesman for the park when questioned, replied:

“… the reason they had put down the third unharmed lion is because once they had eaten cattle they can develop a taste for this and their behaviour changes. The remaining lion will constantly try to get out of the park and come in contact with more and more humans…

“Additionally, if they put only the uninjured lion back in the park it is likely he will be attacked by the pride of lions or driven out by the dominant lions that are believed to have driven the three out in the first place. The lion population has increased and so there is pressure on lions.”

So, what can be deduced from these facts:

Turning to the highly emotional article, Outrage after Kruger lion baited and shot by trophy hunter in neighbouring reserve, by Don Pinnock on 11 June 2018, which appears to be nothing more than an attempt based on few, if any, facts to create another Cecil incident, let me make the following points:

It is abundantly clear from their consistently emotional writings, usually devoid of any scientifically established fact or anything approaching an alternative conservation solution to hunting, that Pinnock and his fellow travellers like Ian Michler do not give a fig for conservation in our country or anywhere else for that matter.

They want to stop the use of any animal, whether wild or tame, anywhere. They have just chosen wild ones because they are more emotive. But, if and when they stop hunting, which is seen as low hanging fruit by them, fishing will be next, then domestic livestock and so on.

If you support such claptrap, be careful what you wish for. One day you may get it and then I hope you will enjoy being a vegan. It will be compulsory! DM