All quiet(er) on the Western Front 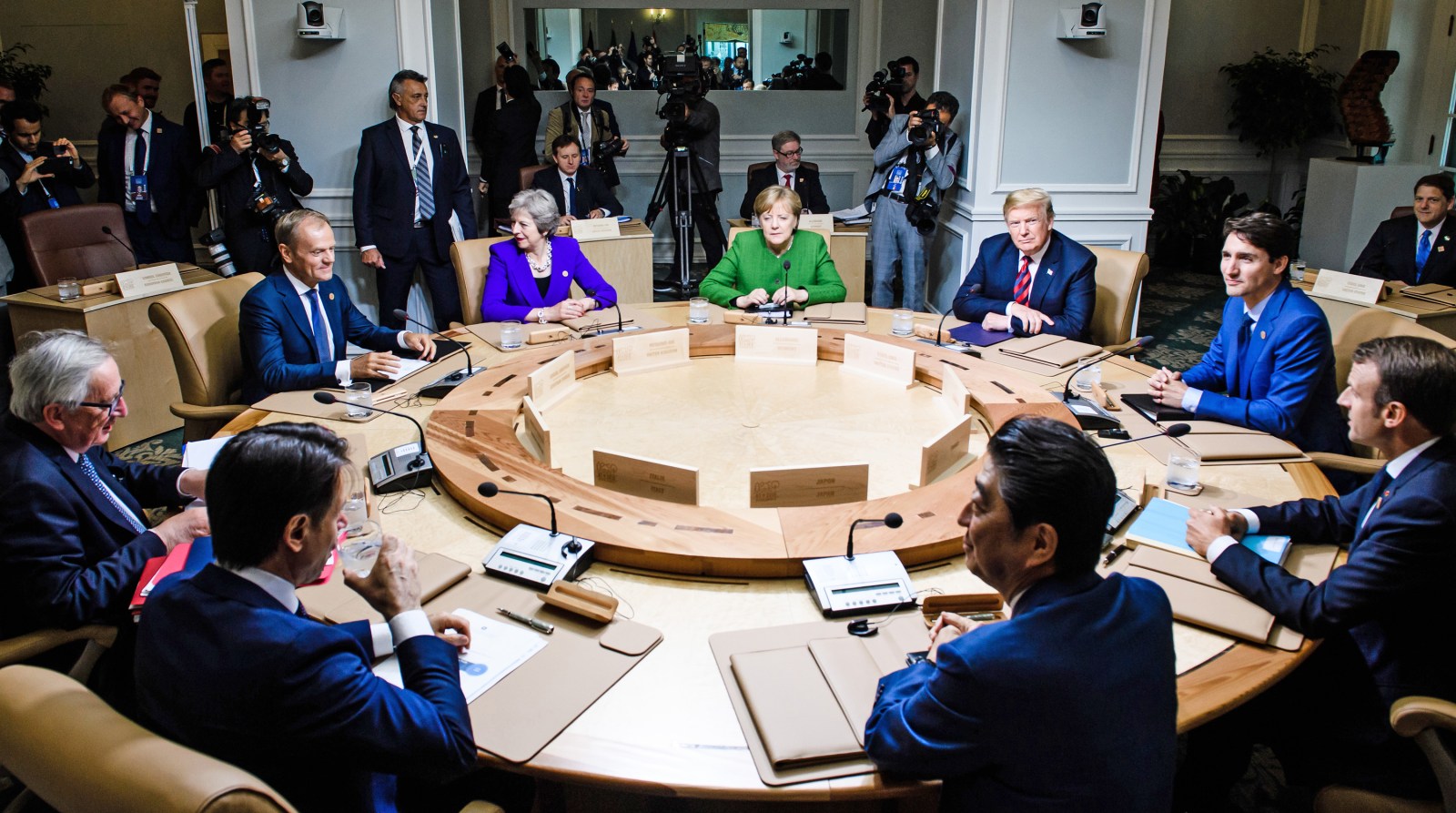 It’s a great time to be living in a developing country. Our viewpoints and philosophies will gradually shift away from the traditional Western one and incorporate others besides – and that’s energising news for developing nations such as ours.

At the G7 summit over the last weekend, Donald Trump petulantly tried to destroy much of the rules-based international framework that has underpinned the collective actions of the Western allies since the end of the Second World War. The response to this on the sidelines of the summit by Donald Tusk, the European Council president, was understandable.

“We will not stop trying to convince President Trump that undermining the order makes no sense at all,” he said.

“It will only play into the hands of those who seek a new post-West order, where liberal democracy and fundamental freedoms cease to exist.”

We know what he means of course – it’s a veiled stand against authoritarian Russia. Yet at the same time, for people coming from the developing world such as us, the phrase “post-West order” is an unsettling one.

Narendra Modi and Xi Jinping, the two powerful leaders who were not invited to the G7 action, might smirk at the statement. For them, a new world order has already begun, and western hegemony is not the all-dominant trait in it. (Jinping’s “Belt and Road Initiative”, or BRI, is a $1-trillion, multi-year vision which dwarfs the endeavours of the earlier great powers, such as the British Empire’s railway project and America’s Marshall Plan after WWII. Modi controls the world’s largest democracy and is attempting to make India a high-end manufacturing hub of note.) But apart from smirking, they might also bristle somewhat at the implication of the statement, subtly carrying with it the threat that any new order not crafted by white Westerners will be a regressive step for mankind’s progress.

Leaders and thinkers from the Global South, and from the East, have long stiffened from this western-inspired narrative giving the latter seemingly exclusive rights over human endeavour and thought. They tend to do this for three reasons.

First, as the intellectual Pankaj Mishra writes, because “it ignores mankind’s other conversations with itself… dismissing all other political traditions as illiberal, or even fanatical”. Jinping’s thoughts, for example, like others before him, are still shaped to some degree by a Confucian ideal of a non-competitive world in which self-interest is subordinated to social harmony. Nationalists like Modi share a common awareness with other secular Indian leaders of Ashoka, or scripts like the Vedanta, as part of a capacious canon of political thought and ideas far older than European thought. In philosophy, other Asians might point to Chanakya, Arabs to al-Ghazali. For them, these traditions are important, and a source of pride; most Westerners may only dimly recognise such names.

Their second source of exasperation is because they believe that for all the worth of Europe’s deified Age of Enlightenment – the 17th century period which ushered in the ideals of reason, science and humanism – not enough attention and acknowledgment is given to what it grew hand-in-hand with, which was institutional human bondage in the form of slavery and a taxonomy of racism which gave rise to scientific attempts to legitimise racial superiority. It was this twin which was partly responsible for dehumanising their societies under colonialism – and they harbour a resentment towards what they see as attempts to gloss over it.

Jamelle Bouie, the chief political analyst for CBS News, has written a superb essay in Slate called The Dark Side of the Enlightenment, in which he shows how the movement’s earliest thinkers such as Kant and John Locke had a world view shaped by racial superiority over Black, South Asian, East Asian and native American groups.

“The racial theorising can’t simply be divorced from the moral philosophy for which [Kant is] hailed,” write Bouie, and elsewhere “those [such as today’s Western leaders] who claim the Enlightenment’s mantle should now grapple with that legacy and what it means for our understanding of the modern world.”

The third reason is because the non-Western world, while looking forward, tends to have longer time perspectives on events. Their world view is not just framed by 19th century and 20th century developments but often goes well beyond that. Mao’s statement on it being too early to tell what the French Revolution meant has now passed into cliché from retelling. The conservative historian Bernard Lewis has made the point that Arab societies often use historical allusions going back centuries which are completely abstruse to western audiences.

Holding such differing thoughts is nothing new for non-Western actors. Seventy years ago, Mao and Nehru did just that. What is new is that for the first time in two and a half centuries, leaders of such countries now command supreme influence in charting the modern world and playing leading roles in global institutions such as the UN. Look, for example, at how China has taken the world lead in global response to climate change following the US’s exit from the UN Commission last year.

It’s a great time to be living in a developing country, partly because we will be a generation for which it will finally become a reality that a default position for how world events are viewed will not just be from a Western perspective. And it’s not just political power which is shifting – our thoughts will become eastern and southern too. That added fragrance to our world view – being informed by other strains of thought and backgrounds – promises to be a dramatic and energising one. DM