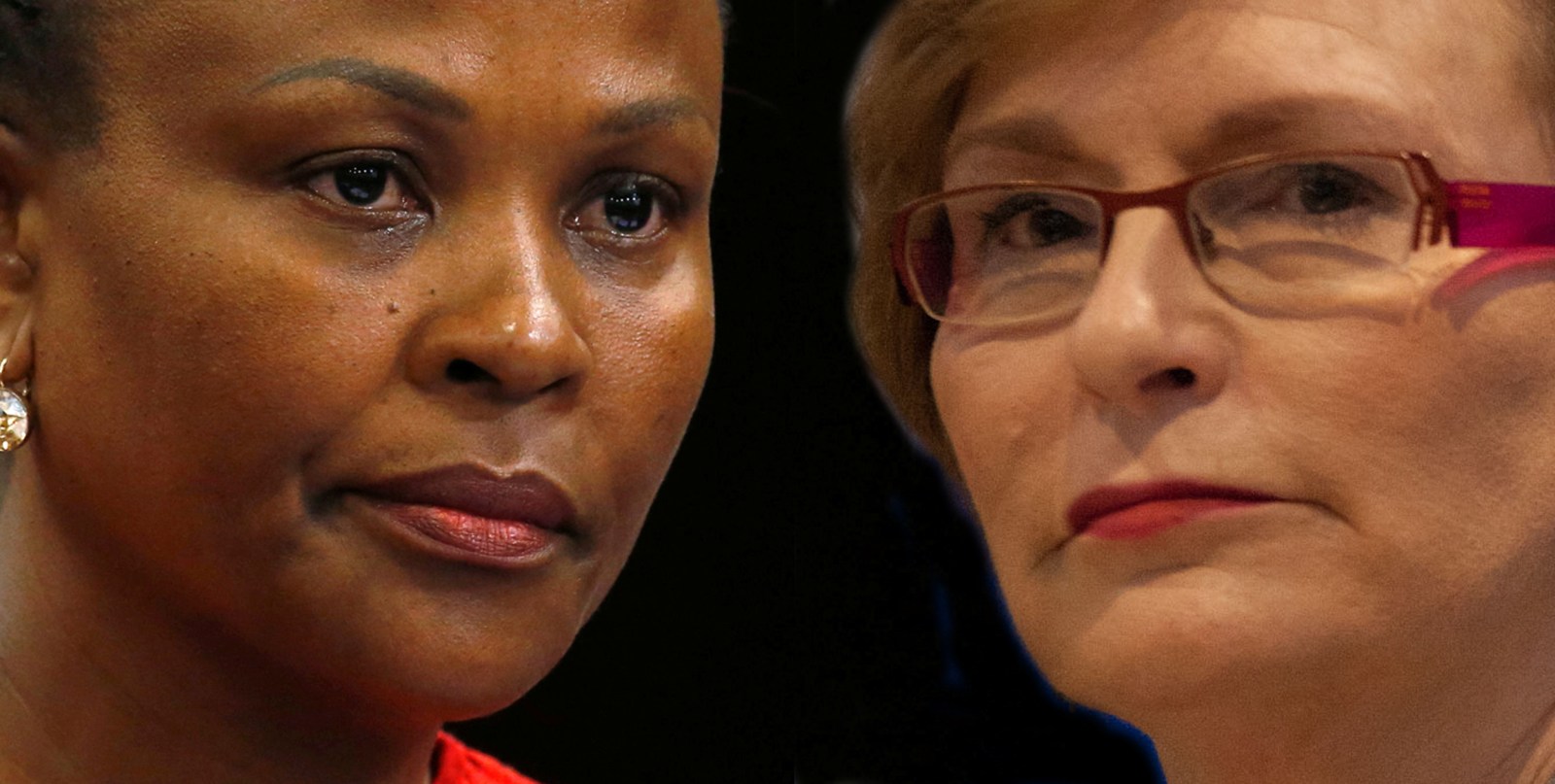 Public Protector Busisiwe Mkhwebane on Monday released a report saying Western Cape Premier and former DA leader Helen Zille’s tweets on colonialism could have incited violence and she should be sanctioned by the provincial legislature.

Western Cape Premier and former DA leader Helen Zille on Monday evening said she is taking legal advice to decide whether she should take Public Protector Busisiwe Mkhwebane’s critical report into her tweets on colonialism under judicial review.

The former DA leader suggested she would probably challenge the report that said she violated the Executive Members’ Ethics Act and the Constitution when she tweeted in 2016 that not all aspects of colonialism are negative.

Mkhwebane found Zille had not acted according to the integrity of her office or consistent with her elected position and her tweets were “likely to cause racial tensions, divisions and violence in South Africa”. She recommended the speaker of the Western Cape legislature take appropriate action to hold the premier accountable.

In 2016, while returning from a trip to Singapore, Zille wrote a series of tweets on the legacy of colonialism, questioning whether its legacy was only negative.

“For those claiming the legacy was ONLY negative, think of our independent judiciary, infrastructure, piped water etc.” she wrote.

ANC Western Cape acting head Khaya Magaxa laid a complaint with the Public Protector, claiming Zille celebrated oppression, exploitation, racism and poverty, which he said were the results of colonialism and that she failed to act in the interests of good governance.

“Her actions do not comply with what is expected from a person holding the office of a premier of a province,” Magaxa wrote to the Public Protector.

“By undermining South Africans with her personal beliefs on colonialism she failed to uphold her oath of office, which requires the premier to hold office with honour and dignity,” he alleged.

Mkhwebane largely found in Magaxa’s favour. Her report does not elaborate much on the Ethics Act violations, but it uses two examples to demonstrate how Zille overstepped the bounds of her rights to free speech.

She cites the case of Associate Professor Bruce Gilley. In 2017 most of the publication Third World Quarterly resigned after they published an essay by Gilley promoting colonialism.

“Such statements made by Professor Gilley and the Premier are likely to cause racial tensions, divisions and violence in South Africa,” said the Public Protector’s office.

The Public Protector also cited the LeRoy vs. France case in the European Court of Human Rights. In that case, the court found against the cartoonist for his cartoon after the 9/11 attacks on the World Trade Centre where the caption read, “We all have dreamt of it… Hamas did it.”

While the Public Protector didn’t elaborate on Zille’s violations of the Ethics Act, the findings centre on whether she overstepped the boundaries of free speech.

Her report noted the Constitution’s commitment to free speech but said: “In principle the Premier’s tweet was protected by section 16 of the Constitution but its impact in South Africa where racial tensions are still prevalent should not be overlooked.”

“While it is true that they (the tweets) caused offence and given the response to them the premier realised they were insensitive, it must be emphasised that unpopular, insensitive or offensive statements or tweets do not fall foul of the Executive Ethics Code.”

After Mkhwebane’s office notified Zille of her potential findings, the lawyer said:

“The premier believed that the Public Protector’s proposed finding was that such a public conversation cannot take place, at least not with the premier’s participation.”

Zille’s defence that former president Nelson Mandela and others have pointed out positive aspects of colonialism was repeated. The lawyer repeated the claim that the Public Protector’s finding would close public debate by particular (their emphasis) politicians and set a dangerous precedent.

Constitutional law experts and freedom of speech advocates Daily Maverick tried to contact on Monday either weren’t available or hadn’t yet studied the report. But Mkhwebane’s report includes little legal backing, meaning either it’s wrong within the current terms of the law, regardless of your opinion on Zille’s tweets, or once challenged we’re in for a groundbreaking ruling.

The Public Protector said little on her own challenges on Monday. At the last minute last week she said she had a family emergency that prevented her from appearing in Parliament to comment on an inquiry into her appointing a special adviser or into her fitness to hold office.

On the latter, she said Parliament could institute such an inquiry whether she was present or not. She has recently suggested that parliamentarians might be inhibiting her work, but on Monday she said the issue was about resources and the time taken to appear in Cape Town for issues that don’t require her direct input.

Mkhwebane and Zille are both suffering from real and reputational damage. The Public Protector, who wanted to focus on grassroots issues, mirroring the claims for her predecessor Thuli Madonsela despite trying to set a new tone, has been severely questioned by the courts.

DA leader Mmusi Maimane has recently distanced himself from Zille and the premier, despite the party claiming to have resolved her social media mayhem in 2017, has continued to stir controversy.

The only thing that seems clear in this case is that it’s going to court. DM