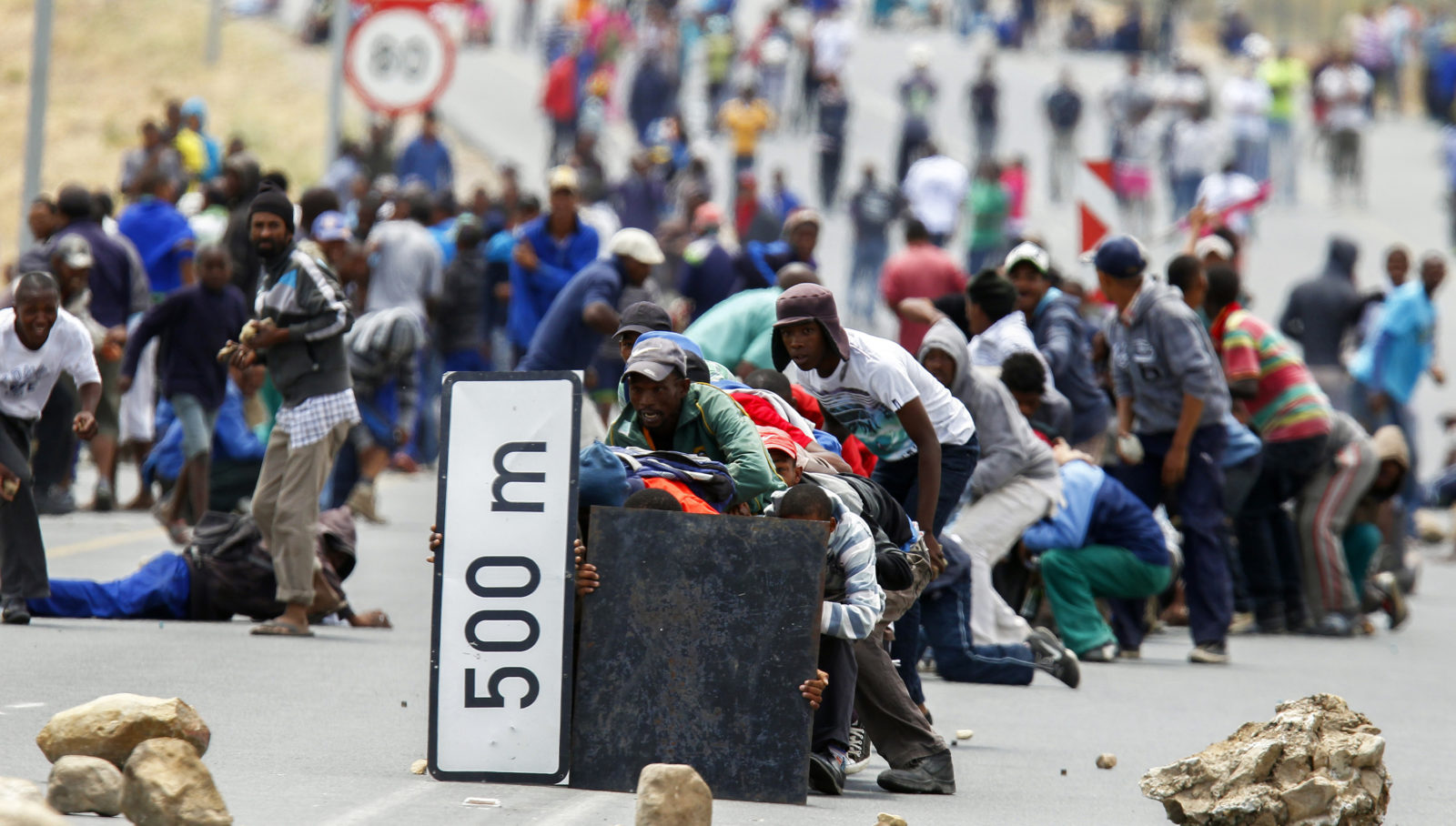 Mr President, more than 20,000 people threatened by farm evictions in the Western Cape are calling on you to keep a promise you made in Paarl in 2014: that there will be a moratorium, an immediate ban on legal and illegal farm evictions.

We have been following your remarks about farm dwellers since you were sworn in as the President of South Africa. In response to questions posed to your State of the Nation Address (SONA), you stated that labour tenants would be one of three categories targeted for expropriation without compensation.

It appears you have acknowledged the plight of farmworkers and farm dwellers. However, do you recognise that you can be held to your public commitments to ensure labour tenants get back their land?

Mr President, over 20,000 people threatened by farm evictions in the Western Cape are calling on you to keep a promise you made in Paarl in 2014: that there will be a moratorium, an immediate ban on legal and illegal farm evictions.

Following the massive farmworkers’ strike in De Doorns in 2012-2013, speaking at the conclusion of a dialogue among stakeholders, including representatives from farming organisations, farmworkers, unions and ministers and officials of government departments while deputy president, you said:

“We are calling on all farmers who have plans for evictions to stop the evictions.”

You further stated that a ban was an emergency measure to be “effective immediately”, and would remain in force until the following year when a follow-up meeting would be held to find “concrete solutions” to the problems facing the agriculture sector.

This alarmingly high number of farm evictions is of grave concern, Mr President. Especially given your public propensity for labour tenants, as well as the moratorium you announced on farm evictions in 2014 and the promise to intervene in the plight of labour tenants emerging out of this year’s ANC Land Summit.

Mr President, if you genuinely have labour tenants in your heart, then both farmworkers and farm dwellers should be prioritised and be at the forefront of cases in which expropriation without compensation will be tested.

According to reviews of the Extension of Security of Tenure Act (ESTA), as well as major inquiries, and resolutions of numerous national summits, the primary failing of ESTA is in the enforcement of the provisions regarding eviction and responses to illegal evictions.

ESTA sought to provide tenure rights of farm dwellers in the face of evictions by outlining the duties of landowners and procedures to be followed including the redistributive element for on-farm and off-farm settlement.

Additionally, there is a widespread failure to proactively use the redistributive element under Section 4 of ESTA which sought to provide a means of upgrading the rights of occupiers to full ownership by providing them with a portion of land that they use to live on, grow crops and keep livestock. These provisions of Section 4 of ESTA have been barely used.

For restitution, it estimated that 20,324 claims by labour tenants are awaiting processing. At this rate, it could take the government 150 years to complete the restitution programme while farmworkers, farm dwellers and labour tenants continue to face evictions from farms.

Mr President, this is what you ought to do:

Evictions of dwellers from commercial farms pre-emptively continue, indicating the weakness of the legal system in the face of a lack of political will.

In the spirit of your “Thuma Mina” campaign, we have already sent a draft of a moratorium waiting for your signature to halt all farm evictions through the Deputy Minister of Rural Development and Land Reform, Mcebisi Skwatsha.