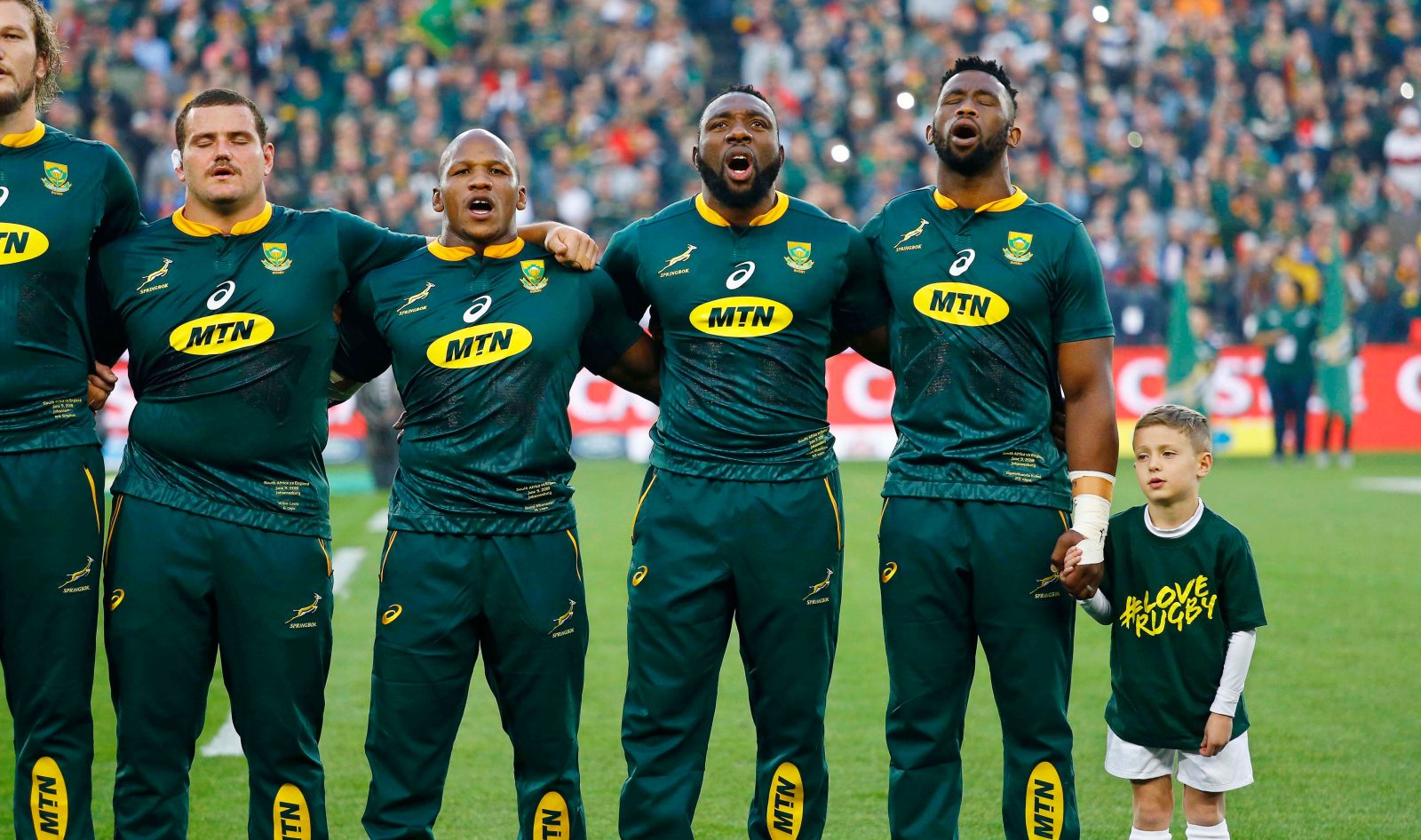 The Springboks came from being 3-24 behind at Ellis Park, to beat England 42-39 in the first of three Tests on Saturday.

Siya Kolisi celebrated becoming South Africa’s first black Test captain by leading his country to a thrilling 42-39 triumph over England on Saturday in the first Test in Johannesburg.

Trailing by 21 points after 18 minutes, the Springboks staged a magnificent rally to lead 29-27 at half-time and held off a late England charge to succeed in a ten-try thriller.

A 60-metre penalty from full-back Elliot Daly in the third minute served an early warning to the Springboks that the visitors were desperate to snap a three-match losing streak.

Winger Mike Brown followed up with a try in the corner and Farrell converted to give England a 10-point advantage with just five minutes gone.

Rattled South Africa pulled three points back when fly-half Handre Pollard slotted a penalty only for the Red Rose to respond with two more tries.

Daly crossed the try line on 15 minutes and Farrell two minutes later with great ease as rampant England tore through the South African defence at will.

Farrell converted both scores and with 18 minutes gone in the first half, near silence enveloped Ellis Park with dominant England 21 points ahead.

Kolisi kept it cool and rallied his troops and with scrum-half Faf de Klerk playing a starring role as the hosts began to forge a comeback with four tries in the second quarter of the first half helping them to claw back aa 29-24 advantage.

Pollard failed to convert the first score from De Klerk, but added the extra points to those from débutant winger Nkosi (two) and full-back Willie le Roux.

As an exhilarating first half went into additional time, Farrell slotted a penalty to trim the gap to just two points at the break.

It was asking too much for the second half to match the drama of the first and so it proved initially as South Africa camped in the England half but added only a Pollard penalty.

England lost prop Mako Vunipola to the sin bin on 63 minutes for a late tackle and almost immediately Dyantyi marked his first cap with a try which Pollard converted.

Lock Maro Itoje scored to narrow the South African advantage to seven points only for Pollard to kick a penalty four minutes from time and stretch the lead to 42-32.

But there was yet another twist to a remarkable match right at the death when winger Jonny May scored and Farrell hastily drop-kicked the conversion.

England then had a chance to snatch a stunning victory when they forced a lineout inside the South African half, but the home team won it and a memorable Test came to an end.  DM