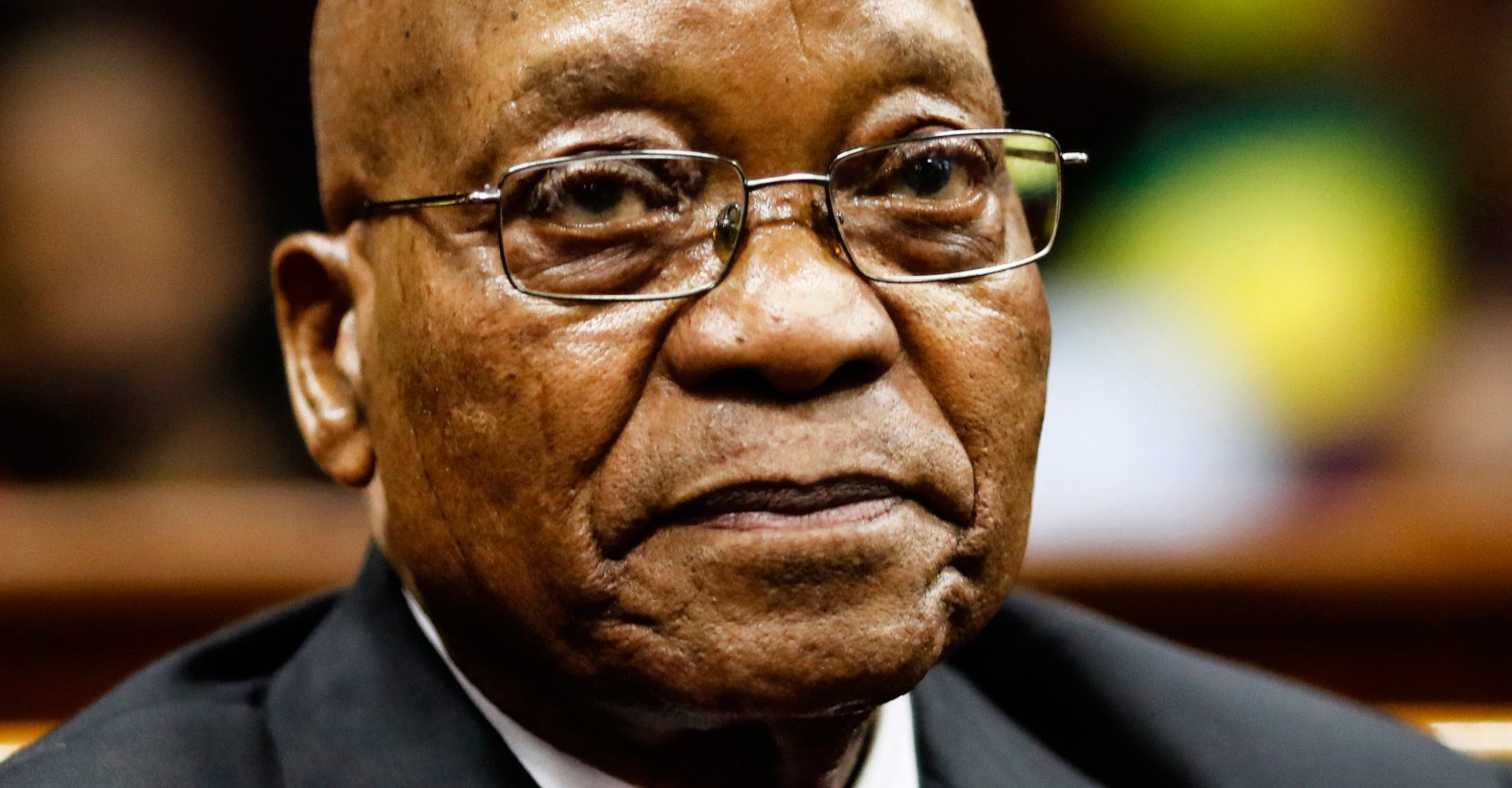 Over the last few years, the ANC in KwaZulu-Natal has been torn apart and driven into to the ground by the Jacob Zuma-esque effect on its political dynamics. This weekend, they will again try to pick up and put together the pieces and rebuild the once mighty ANC provincial force by re-running their ANC conference and trying to elect legitimate leaders. But the Zuma factor lingers – overshadowing any attempt, or chance, of success in starting with a clean slate.

On Thursday evening, while the ANC leadership were preparing for their provincial conference scheduled to begin on Friday, a night vigil in support of former president Jacob Zuma was taking place in anticipation of his court appearance.

The ANC in KwaZulu-Natal is finally set to re-run its provincial conference after the last one in 2015 was invalidated by a court. The province has been split between almost equally competing factions fighting for control. Now it seems their leaders have seen the light and are smoking the peace pipe.

The 2015 KwaZulu-Natal provincial conference that elected Sihle Zikalala as chairperson has been imprinted in the mind of every political reporter who covered it. The irregularities were glaring and it was a clear case of the “winner takes it all”. Their smugness at that conference will always be hard to forget.

Zikalala’s faction swept clean in the irregular conference and they later used their newly found clout to purge their political opponents in the state. All while the party in the province was torn apart and people literally lost their lives for politics through a number of political killings and a general sense of politically driven anarchy.

In the run-up to the conference this weekend, it seems some sanity has prevailed. Speaking to Daily Maverick, Sihle Zikalala said they were committed to “unity” and a “mixed leadership”:

“We must ensure that we don’t emerge with a slate… A leadership that is one slate. We need a balanced leadership that will be inclusive so that we feel that we are led by people who represent all interest of members,” he said.

Zikalala said they don’t want a conference in which one side takes all.

“We will not like a situation where one side takes all. We would like an inclusive leadership that will be able to service all members and society,” he said.

This is not the same tone Zikalala had in the past. It may be that Nkosazana Dlamini Zuma losing the ANC presidency was the reality check they needed. A mixed leadership, sources say, is a compromise slate that would see Zikalala as chairperson of the ANC in the province and his once political nemesis, Mike Mabuyakhulu, as his deputy.

The political odds had to be weighed, and Cyril Ramaphosa’s ascension to the presidency does not bode well for Zikalala’s faction. A compromise leadership would calm the waters temporarily while either side plots and lobbies to strengthen their base in an effort to get the bigger slice of the power cake in the next round.

But the other side seems to have caught up – with some leaders from troubled regions such as Lower South Coast and Musa Dladla having threatened to interdict the conference. They insist the processes leading up to it were not fair and that gate-keeping at branch level was still a feature. It is unclear whether this will eventually get to court or not and whether they can make a sufficient case that would force an interdict.

The provincial conference which is expected to have over 1,600 delegates from 689 branches across KwaZulu-Natal is starting on the same day Zuma is appearing in court. While the two events may be seemingly unrelated, the political connections are inevitable.

The ANC provincial conference held in 2015 in Pietermaritzburg was what emboldened Zuma in his defiance of the ANC and disregard of high office publicly. It was when he was first openly unapologetic about State Capture and downright aggressive to anyone who called him out – former President Kgalema Motlanthe felt the brunt of it at the time. The Zikalala win propelled Zuma and Zuma helped the Zikalala faction’s dominance.

This power-drunkenness lasted until the ANC’s Nasrec conference in December 2017 when the provincial structure did not succeed in having any national leader elected from KwaZulu-Natal. This snowballed into Zuma losing his seat in high office and now taking up a seat in the benches of the High Court. He was thrown out of office and now he is facing 16 charges of fraud and corruption.

Despite facing some threat politically, the Zikalala faction of the ANC is still loyal to Zuma, which is why they supported him at his first court appearance in April. This time around, they said they will not stop ANC members from supporting Zuma – even though a National Executive Committee meeting advised against it.

Zikalala would not confirm if Zuma would attend the provincial conference at the University of Zululand after his appearance, only saying that as a former president and as a member of the ANC in Nkandla, Zuma was free to attend.

At the night vigil, which continued late into the evening, the former provincial secretary who is contesting again for his job, Super Zuma, was there to ensure a show of strength.

People claiming to be part of Umkhonto weSizwe gathered to show support with their spokesperson, one Carl Niehaus, leading from the front. Zuma’s son Edward Zuma was seen lingering too. At best, it was a good ol’ party with music, a braai and alcohol flowing in some quarters.

While the 2015 conference was seen as the epitome of what was wrong in the party then, the 2018 rerun of that conference should be an indication of how committed the party leaders are to fixing those problems. The commitment to unity and change will be cosmetic if the Zuma phenomenon is allowed to linger. The conference outcomes on Sunday will be a clear sign of whether there’s a chance for a turnaround of the province or not. DM