A Tale of Two Summits

While the Big Kids play in Canada, will Donald duck out to focus on meeting young Kim? 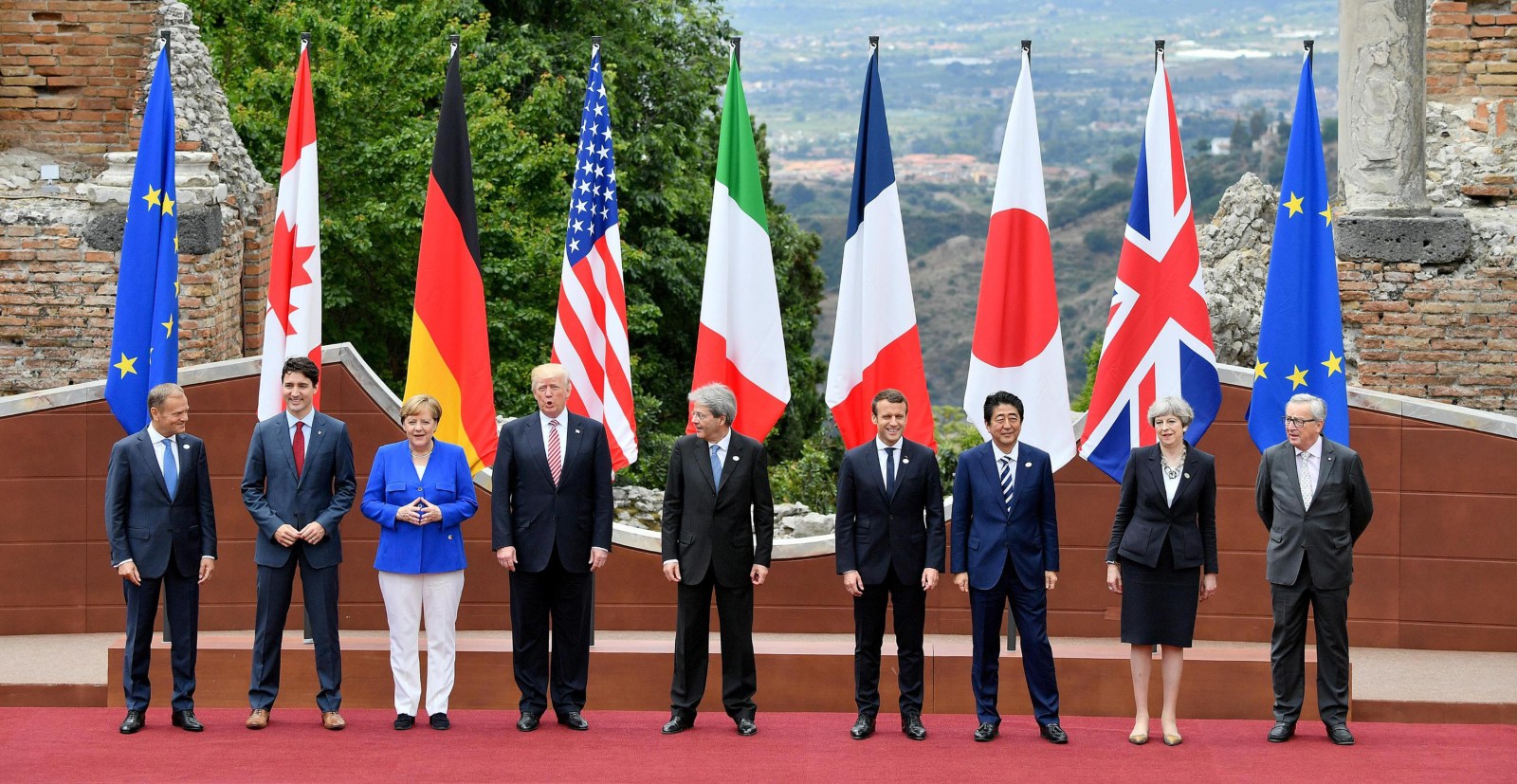 Canada is poised to host this year’s G7 meeting, but the gathering will take place amid the ongoing wreckage Donald Trump is exacting on the global trading system and economic relationships. And it is all happening as Trump’s attention is finally focused like a wavering laser beam on his upcoming meeting with North Korea’s Kim Jong-un.

On 8 and 9 June 2018, the G7 heads of government from the UK, France, Germany, Japan, Italy, and Canada, along with the most senior figures of the European Union, will gather in the Quebec resort of La Malbaie to discuss common issues that confront some of the world’s economic powerhouses. And, oh yes, Donald Trump will almost certainly be there as well to represent the United States, unless he elects to bunk the meeting on the grounds that he must – finally – begin swatting for real for that 12 June summit with North Korean President Kim Jong-un.

Given Trump’s now-implemented decisions on steel and aluminium tariffs against a long list of American friends and partners (on the improbable grounds such tariffs are necessary against America’s allies in their guise as national security threats), and the impending tariff pushback from those other western nations against an array of signature US products, there is some betting, in the hours just before the meeting begins, that Donald Trump won’t even attend, sending his vice president instead to take the incoming rockets.

“The president has vented privately about Canadian Prime Minister Justin Trudeau as their trade tensions have spilled into public view. He has mused about finding new ways to punish the United States’ northern neighbour in recent days, frustrated with the country’s retaliatory trade moves.

“And Trump has complained to aides about spending two days in Canada for a summit of world leaders, believing the trip is a distraction from his upcoming Singapore summit with North Korean leader Kim Jong-un, according to three people familiar with Trump’s views. In particular, the president said Tuesday to several advisers that he fears attending the Group of Seven summit in rural Charlevoix, Quebec, may not be a good use of his time because he is diametrically opposed on many key issues with his counterparts — and does not want to be lectured by them….

“Behind the scenes at the White House, there have been staff-level discussions for several days about whether Trump may pull the plug on the trip and send Vice President Pence in his stead, as he did for an April summit of Latin American leaders in Peru.”

To be sure, if Trump skips it and sends the vice president instead, Mike Pence does have a better stone face than Trump does in such situations, and he could always deflect some of this likely criticism from the other attendees by the simple expedient of promising to convey their urgent messages to his chief, rather than take it all deeply and personally, just as Trump undoubtedly would do. Never a game face there. Never.

But if it was possible, in the days before the G-7 meeting, that things somehow managed to get more unpleasant still. Following Canadian Prime Minister Justin Trudeau’s recent dressing-down of those US decisions in an unusually – for a Canadian – sharp critique of Trump’s tone and tenor (as well as his substance) in his administration’s announcements the other day, Trump then chided the Canadians for once burning down the White House. Oops.

In this, of course, as there inevitably is with each of Trump’s ad hoc comments, some amazing historical confusion was displayed for all to see, globally. Oh the heck with it. Let’s call a spade a spade here and say it: Donald Trump positively revels in his historical illiteracy as a demonstration of his being some kind of perverse, protean “Everyman” with his refusal to stay with the obvious truth. Or the facts. (Cue some immortal Sam Cooke lyrics right about now, as in, “Don’t know much about history…”)

Yes, it is true the White House was burnt by foreign troops, but it should be noted that this took place way back in 1814 – 53 years before there even was a Canadian confederation. Instead, some of the new public buildings of the equally new and barely established city of Washington, DC were burnt by British troops, ostensibly in retribution for the earlier 1813 burning – by invading American militia – of public buildings in York (now Toronto), then the capital of the British colony of Upper Canada. This latest demonstration of the US president’s utter hopelessness in coherently describing American history or basic economics can only serve to rile the hosts of this year’s G7 – if the tariffs haven’t already managed to damage American ties sufficiently with Canada and all the other participants.

As for the actual meeting, as host Prime Minister Trudeau elected to invite 10 other national leaders, including South Africa’s Cyril Ramaphosa. While those national B-listers won’t be sitting at the head table, they obviously will have some great chances to schmooze to their hearts’ content with all the other leaders and all the ministerial hangers-on, the business figures who will be in the various delegations, and so forth.

Attempting to gain a sense of Ramaphosa’s reasoning in going to this potentially fraught meeting, it would seem he is seeing this chance as a perfect moment to make his best personal case to potential investors (or to those who speak with such people and help them shape their opinions about potential future investment sites).

Aside from the likely pistol whipping of Donald Trump as a conversation starter, the meeting is supposed to cover a range of important cross-national political economic topics that would usually spark lots of spirited discussion. According to the meeting’s hosts:

“This coming year, Canada will advance domestic and international priorities framed by the following five key themes: Investing in growth that works for everyone; preparing for jobs of the future; advancing gender equality and women’s empowerment; working together on climate change, oceans and clean energy; and building a more peaceful and secure world.”

Of course, the theme that will be elbowing out all the rest will be a barely polite rendering of:

“Dear Mr Trump: Please don’t pull down the global trading system down around all of our respective ears with your spite-driven, off the cuff, impromptu, less-than-considered decisions. Please!”

There will be betting on whether the conferees will even be able to hammer out the usual joint communiqué for the end of such events.

And naturally lurking in the background of the G7 is the now-imminent Kim -Trump summit in Singapore on the 12th – that is unless Rudy Giuliani’s most recent comment that Kim Jong-Un came back to the summit on his hand and knees, begging for the meeting, doesn’t blow things up all over again.

Meanwhile, in recent days – perhaps realising he has already been suckered into giving Kim the recognition and honour due the head of a minor, albeit nuclear tipped nation on the cusp of economic collapse but eager for global love and respect – Trump has taken to saying this summit is just the first mile of a much longer race.

Thus that Nobel Peace Prize recedes, even as the Kim-Trump ceremonial summit photograph may have to do, and as the rich western nations are forced to survey the damage Mr Trump has wrought on the global trading system from his scowling and foot stamping. DM