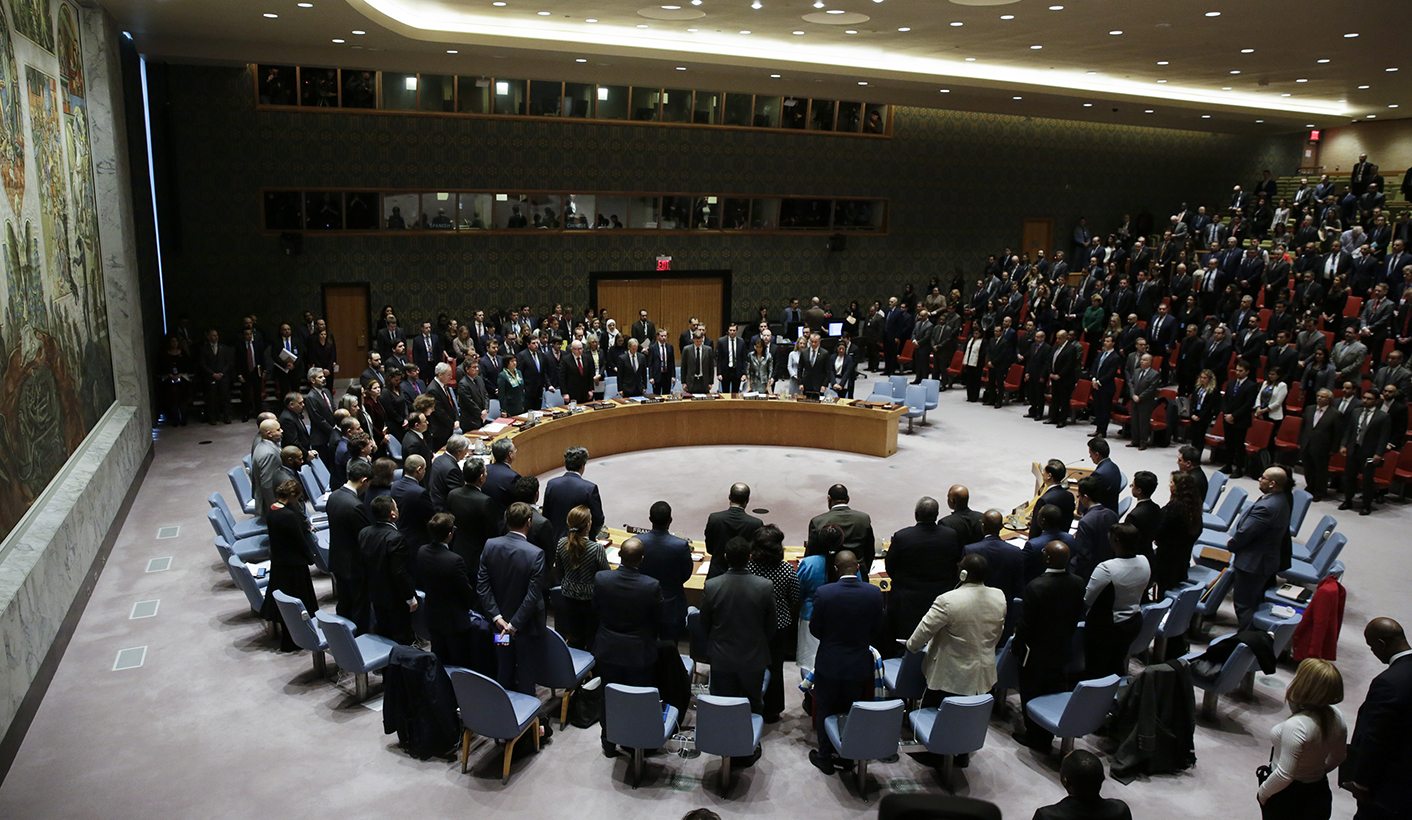 South Africa is sure to get voted on to the council today, Friday, but wants to win by a landslide to show it has still got a lot of international support.

Hard decisions on Democratic Republic of Congo, Syria, Somalia and several other conflicts are likely to confront South Africa if it takes its seat on the UN Security Council on 1 January next year, as it almost certainly will.

Pretoria needs a two-thirds majority – 129 votes from the 193 members of the UN General Assembly – to get on to the Security Council in 2019 and 2020 when the General Assembly votes today, Friday, to fill the 10 seats on the Council which will become vacant in January.

Jerry Matjila, SA’s ambassador to the UN in New York said this week he was sure South Africa would get the necessary two-thirds majority. That’s basically because South Africa has already been endorsed by the African Union for the one African seat that will be open.

“So I think we can prepare the champagne. So the question is not a majority. The question is how much more than the two-thirds?” Another senior official said South Africa needed to get at least the 182 votes which it got in 2010 in the election to serve on the Security Council in 2011 and 2012.

“Anything less (than 182 votes) will be viewed… as a decline in the support South Africa commands in the international system,” another senior official said.

That’s why South Africa has hauled out the big guns over the last few months with President Cyril Ramaphosa, International Relations and Co-operation Minister Lindiwe Sisulu and other top officials pressing the flesh around the world to lobby countries to vote for it today.

They have been campaigning on the themes of pushing the African Union’s Silencing the Guns by 2020 initiative, on further strengthening co-ordination between the UN and AU in dealing with African conflicts and also celebrating the centenary of Nelson Mandela’s birth.

Once it is on the council, though, South Africa is likely to confront at least as many controversial decisions as it did during its last two terms. As then president Thabo Mbeki warned in 2007, being on the Security Council obliges a country to take positions on a host of issues it probably hadn’t even thought about before.

In 2007 South Africa’s ambassador to the UN Dumisani Kumalo provoked some outrage by refusing to support a Security Council resolution condemning human rights abuses by Myanmar’s military junta. He cited procedural grounds – saying the issue should have been dealt with by the UN Human Rights Council in Geneva – but human rights advocates around the world were appalled that the country of Nelson Mandela did not fully back human rights.

During its second term, South Africa’s major controversy was when it voted for UN Security Council Resolution 1973 which authorised military force to be used against Libyan leader Muammar Gaddafi’s regime to protect the civilians he was threatening to annihilate in the rebel city of Benghazi. But South Africa came to regret its vote when it accused the Nato-led military coalition which launched an aerial bombardment of Libya, of going beyond protecting civilians, to helping rebels topple Gaddafi.

To avoid “being taken for a ride again” as then deputy International Relations Minister Ebrahim Ebrahim put it, South Africa controversially refused to support even the mildest resolution condemning Syrian President Bashar al-Assad for killing civilians demonstrating for democracy.

Syria is likely to re-emerge as a controversial issue for South Africa during its expected third term as the seven-year-long civil war rages on. Germany, which is also certain to be elected on to the Security Council today, has already urged South Africa to get off the fence on Syria and at least vote for resolutions –in the UN but also in the Organisation for the Prohibition of Chemical Weapons – condemning the Syrian government’s use of chemical weapons against its own people.

South Africans officials also expect the DRC to feature on the Security Council’s agenda next year. The country is due to hold presidential and parliamentary elections on 23 December. President Joseph Kabila seems to be manoeuvring to run again for what would be an unconstitutional third term. If he does run or even if he doesn’t and his annointed successor is elected by fraud, the DRC government will very likely face tough sanctions in the Security Council. South African officials have warned they might support a sanctions resolution.

Somalia could also emerge as a controversial issue. South African officials have given notice that they will push for the African Union’s robust peacekeeping mission Amisom to be “re-hatted” as a UN peacekeeping mission – or at least for the UN to pick up the bill for Amisom. They say that the European Union has threatened to withdraw its vital funding for Amisom which could lead to the withdrawal of the African troops and the fragile Somali government being overrun by the al-Shabaab violent extremists.

Iran, after the US pulled out of the deal to ends its nuclear-weapons programme, North Korea, the Israel-Palestine conflict and possible flash-points between the West and Russia in Eastern Europe and with China in the South China Sea are other possible controversies which might erupt onto the Security Council agenda.

Clashes with the unilateralist Trump administration seem inevitable but South Africa will have to take heed of the recent warning by US ambassador to the UN Nikki Haley, that her government might cut off foreign aid to countries which consistently vote against the US at the UN. This was after calculating that South Africa was one of the ten countries which most often voted against Washington.

Pushing for the UN to take responsibility in Somalia will be in line with South Africa’s overall aims of promoting peace and security in Africa and also ensuring greater co-ordination of the UN Security Council and the AU’s Peace and Security Council.

Pretoria began that work during its last two terms but intends to push the agenda further during its third term. Officials said they would also try to loosen what they says is the total grip on “the pen” which the three Western permanent members, US, UK and France, now have on African issues.

The officials said that France always insisted on being “the penholder” on DRC, the US on Liberia and South Sudan and the UK on Somalia, for instance. The penholder is responsible for drafting resolutions on these conflict areas and guiding the resolutions through the voting process.

The three permanent members were reluctant to cede the pen to South Africa last time because it was only a temporary member of the Council.

Last time, though, South Africa managed to persuade France to share the pen on DRC and in 2019 and 2020 it hopes to get more of a hold on the pen on all African issues.

At a recent workshop on its likely third tenure on the Security Council, an African analyst advised the South African government to take this important lesson from its first two terms on the council – “don’t suffer delusions of grandeur”.

He suggested that South Africa use its BRICS membership more strategically by leaving it to its fellow-BRICS members Russia and China – which have permanent seats on the Security Council – to handle controversial human rights issues.

“Hide behind their vetoes and don’t get involved on issues like Myanmar which you can’t influence anyway,” he proposed.

A bit cynical perhaps, but worth thinking about if South Africa is to avoid unnecessarily blotting its human rights copy book again.DM