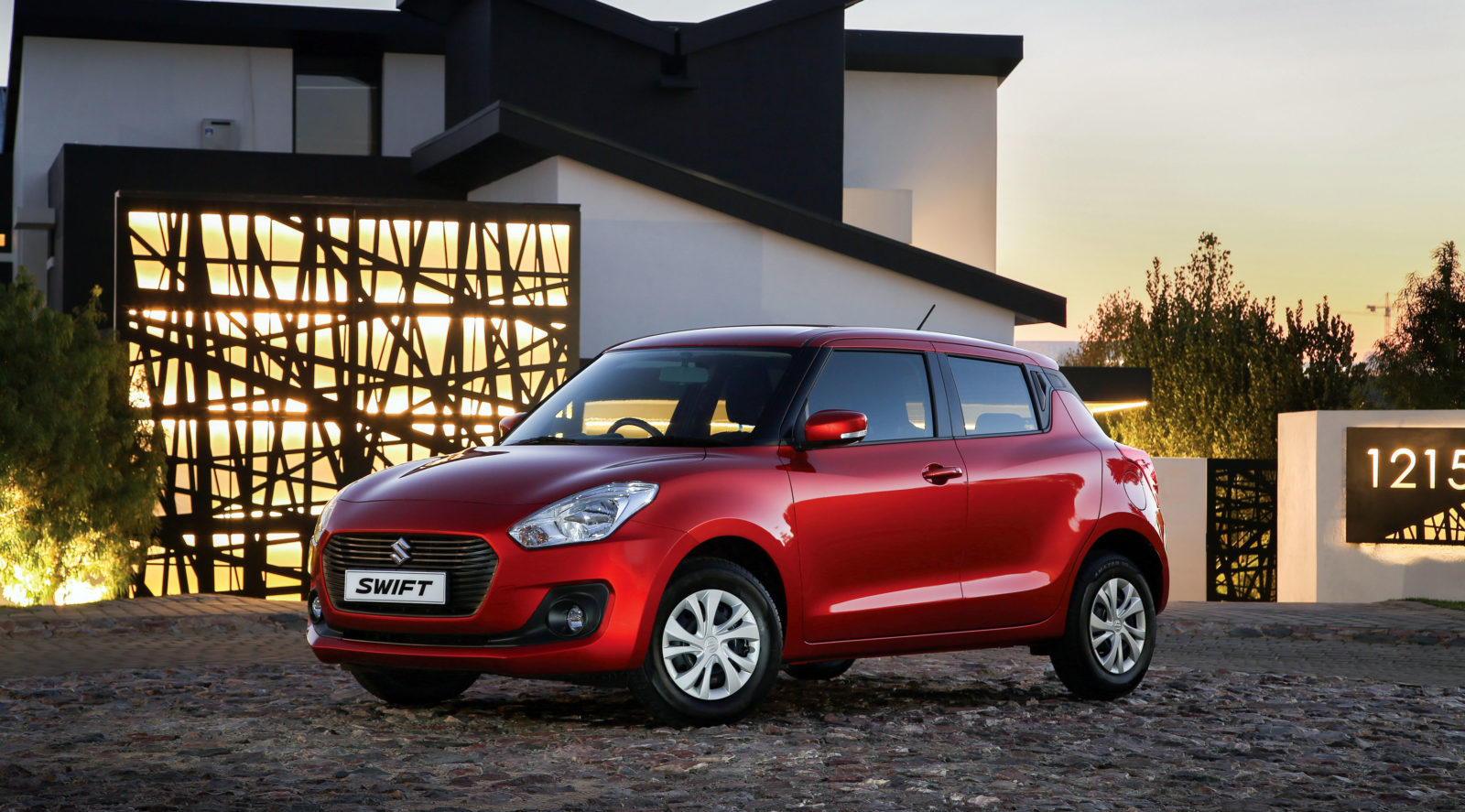 Small car specialist Suzuki has replaced its most successful seller, the Swift, with an all-new model. Rather than trying to fix something that isn’t broken, the newcomer continues where the old one left off. But it faces some stiff competition …

For a brand that used to better known as a purveyor of motorcycles than cars, at least in the South African context, Suzuki has come a long way. The local operation has grown steadily, expanding its model offering from an initial two to the current nine ranges over the past 10 years. 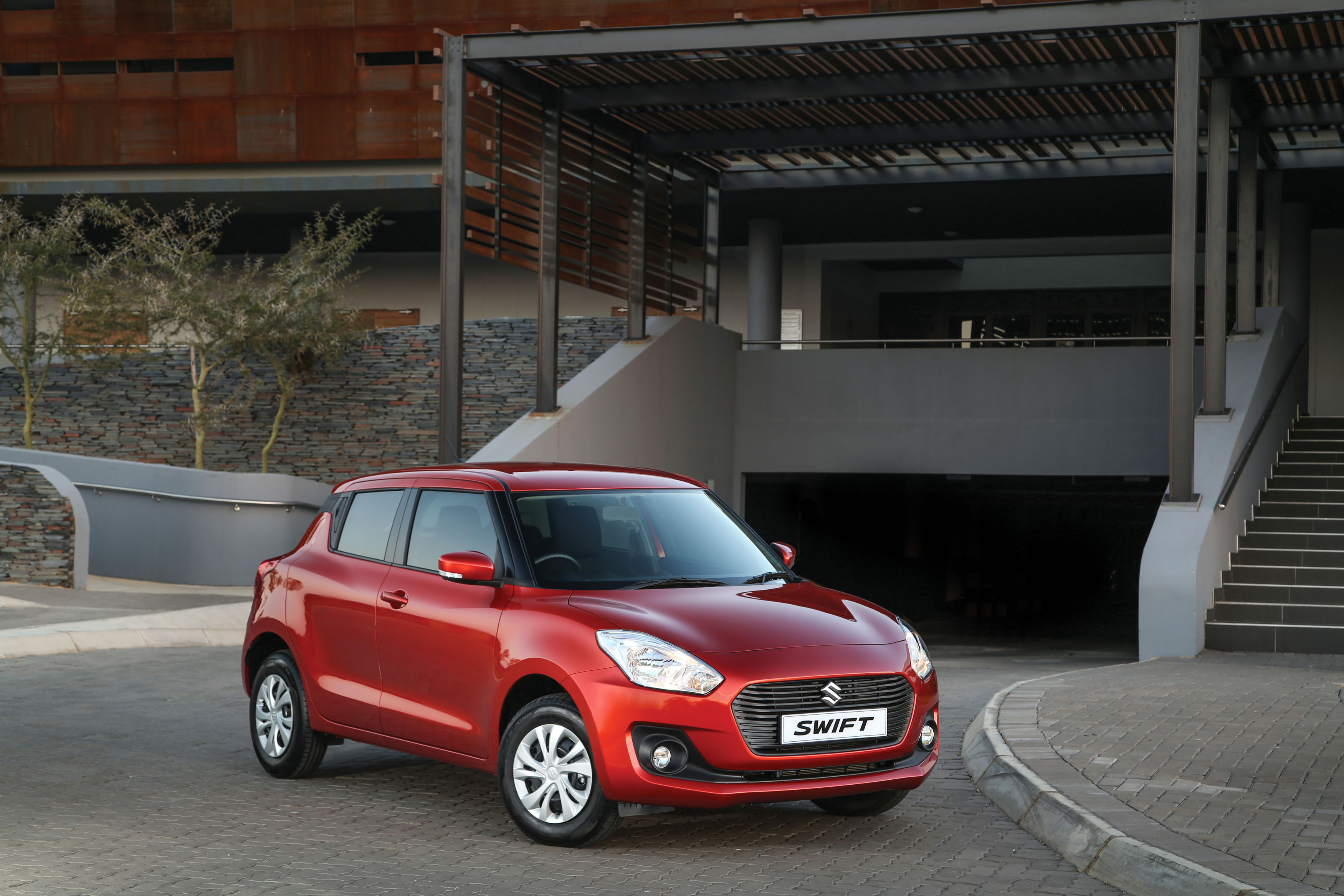 Of those, the Swift was one of the first, joining the SX4 in the brand’s opening salvo back in 2008. A decade on, it remains Suzuki’s top seller, accounting for some 30 percent of its SA sales tally.

The Swift’s main attraction has been its combination of robust engineering, a distinctive character in a market where anodyne is the norm, and a strong sense of value. Playing as it does at the budget end of the spectrum, pricing and affordability are key buyer considerations. 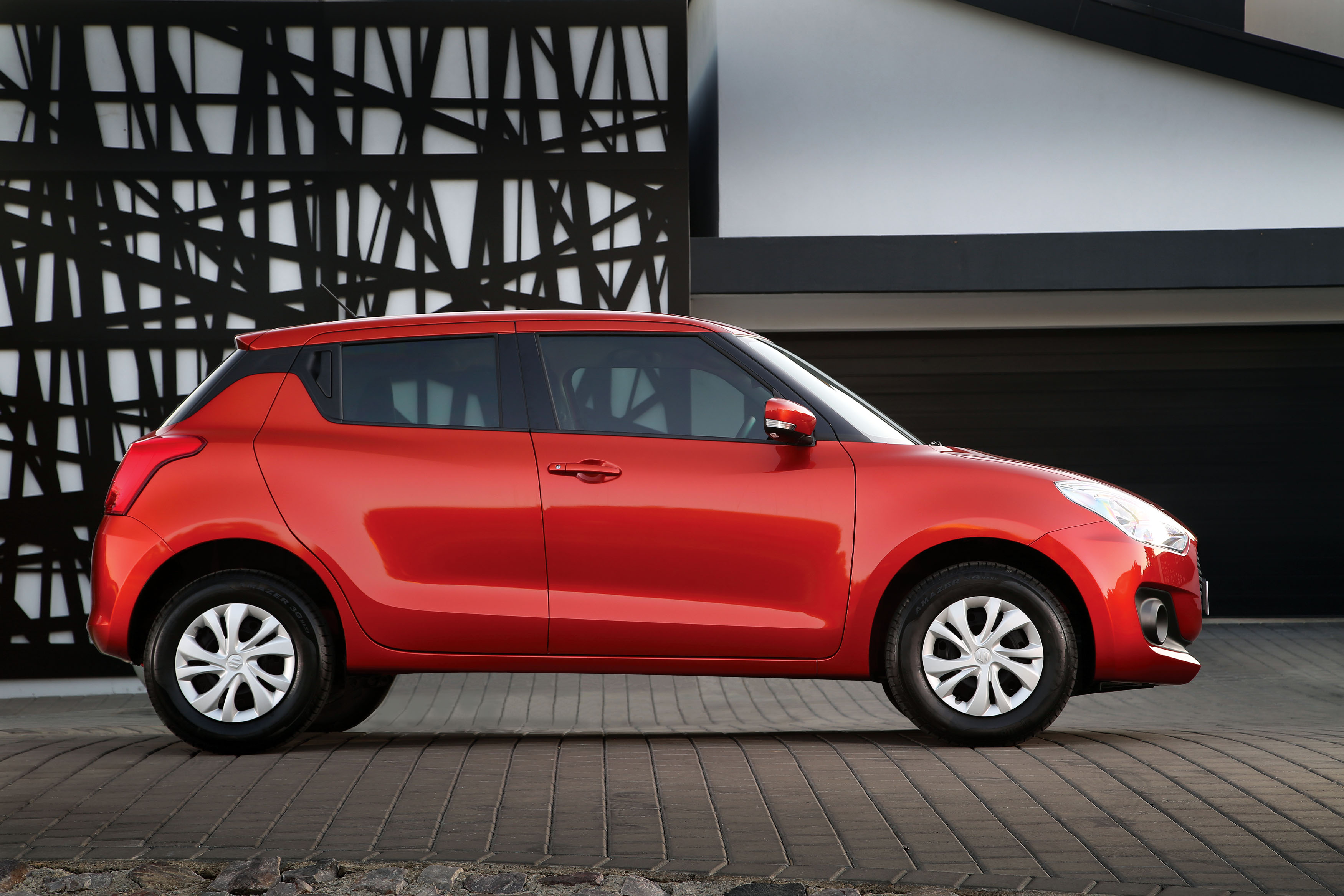 The new model, built in India, attempts to build on those foundations, while adding fresher cosmetics, an improved interior with more space, and greater refinement. This latest Swift is wider and shorter than its predecessor, but with a longer wheelbase allowing more interior space and a bigger boot. 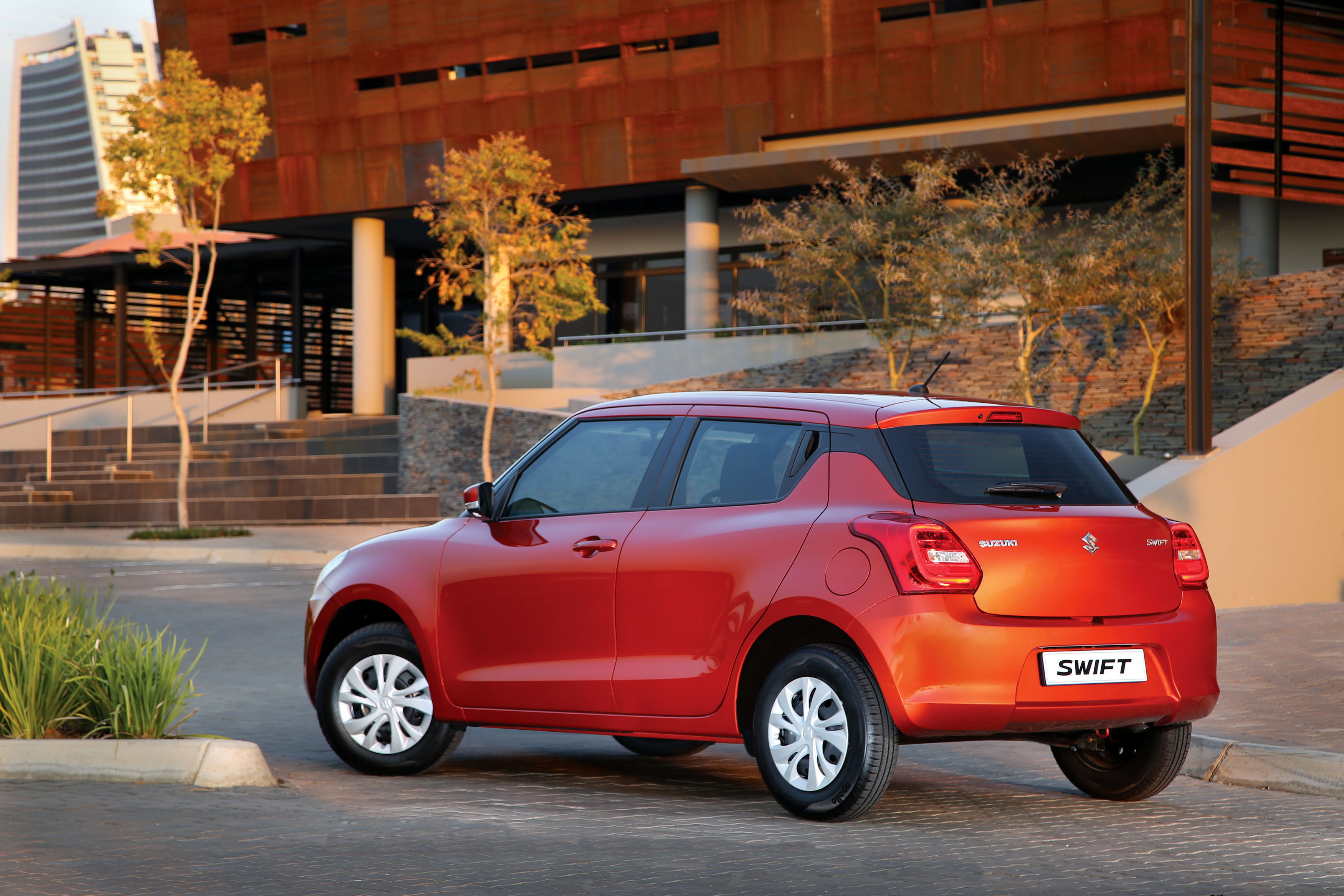 The drivetrain remains much the same, relying on a small and frugal four-cylinder engine with adequate pep, at least on paper.

The Swift is still a four-door hatch with a larger than usual, almost panoramic windscreen, a tapering roofline and a high and pronounced shoulder line. While those key design elements remain, they’re thoroughly reimagined in a car that looks sleeker and somewhat more sophisticated. 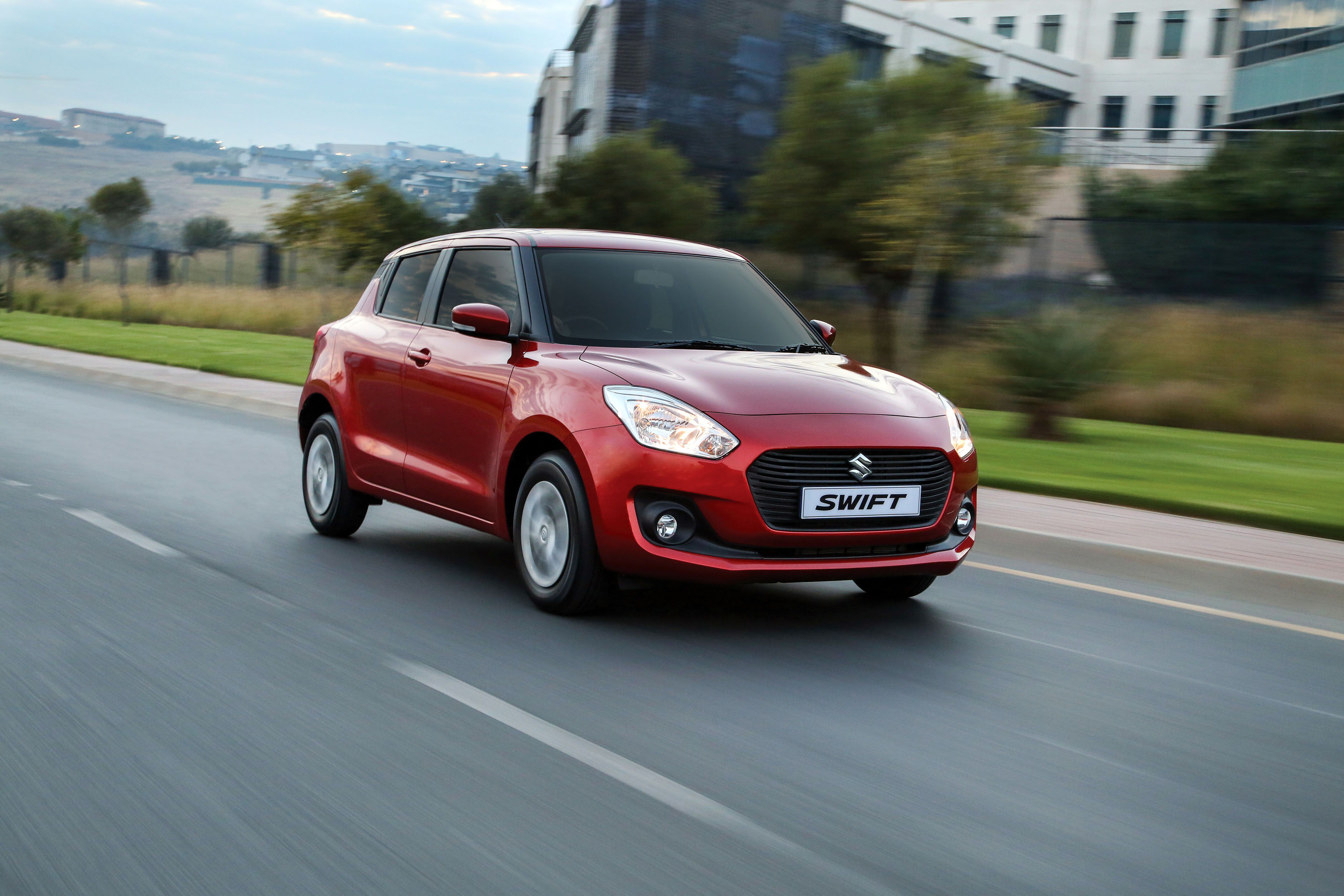 The biggest change is at the front, where a more extended, softer nose is home to a pouting hexagonal grille. Slimmer but still substantial headlights follow the curve of the bonnet, while the fancier GL model also gets deeply recessed fog lamps.

In profile, the visual interest comes in the form of an unusually shaped C-pillar that is blacked out at the top and neatly incorporates the rear door handle. As a result, the tapering roof seems to float above the side glass, accentuated by the blacked-out B-pillar and the curved rear screen. 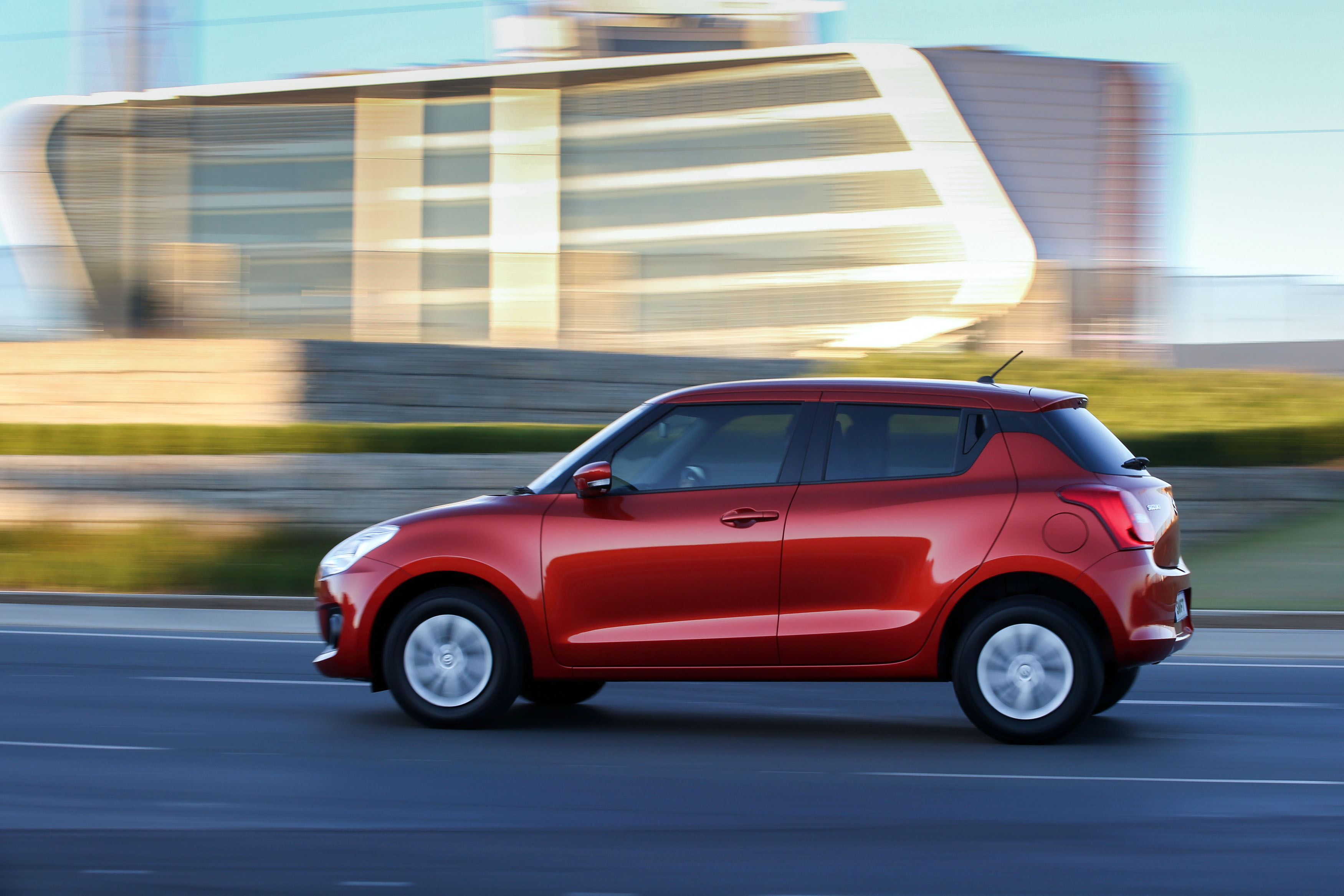 The rear is more conventional, with bold taillights framing a wide-opening tailgate. An integrated bumper provides a smooth, uncluttered look, while a roof spoiler suggests some sporty appeal.

Not that performance is priority aspect. The new Swift still relies on the previous model’s 1.2-litre engine. It bucks the trend favouring even smaller, three-cylinder turbo mills, sticking to four cylinders and unblown fuel injection. 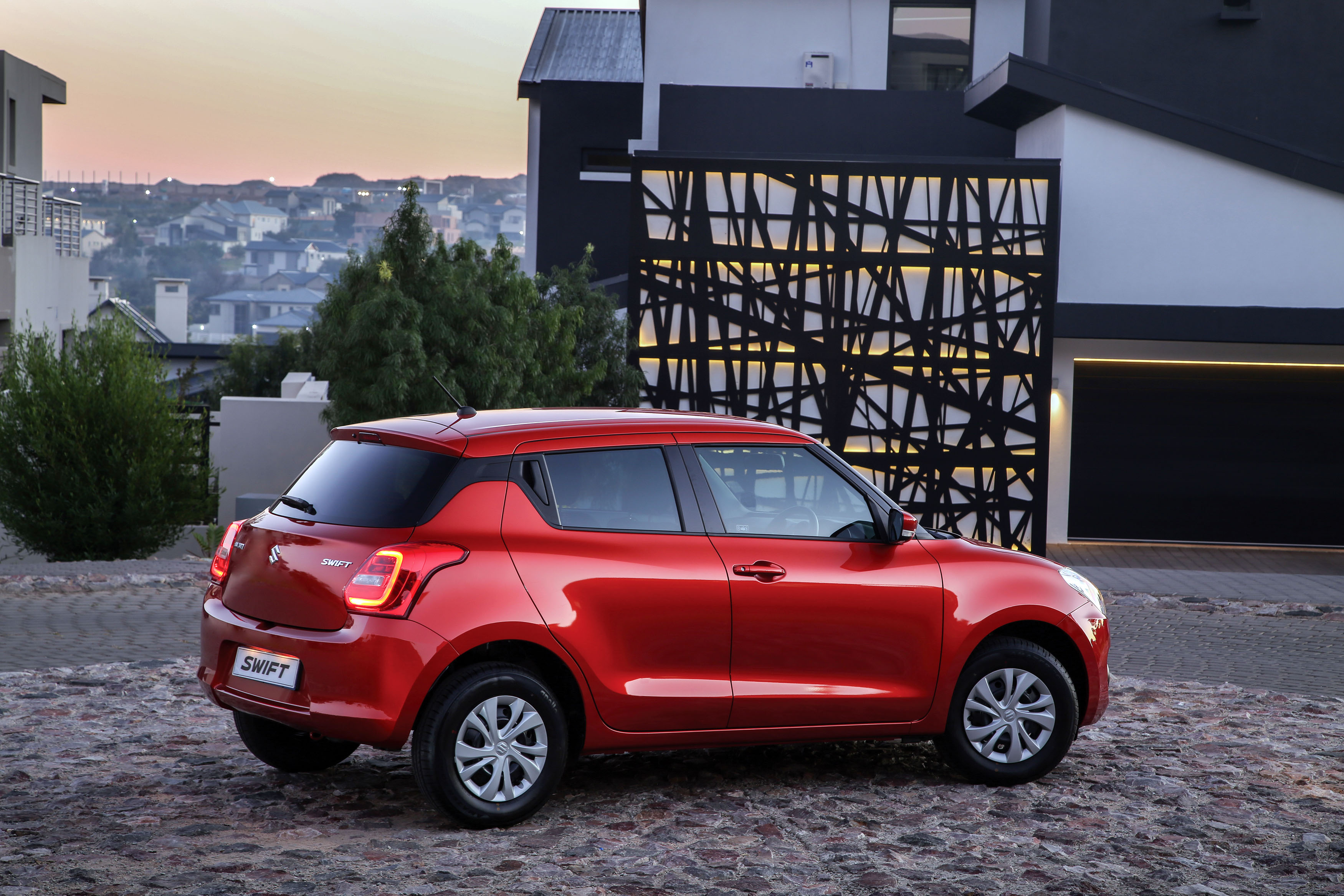 The 61kW of maximum power and 113Nm of torque are about par for a normally aspirated engine in this league. The good news is that the Swift only tips the scales at 875kg – 95kg less than the car it replaces – which allows the four-potter to deliver more performance sparkle than expected.

Our GL test example was fitted with the standard five-speed gearbox driving the front wheels, but for those with a distaste for clutch pedals, Suzuki offers an automated manual transmission as an alternative. You still have to shift gears, but without the need to engage or disengage a clutch. 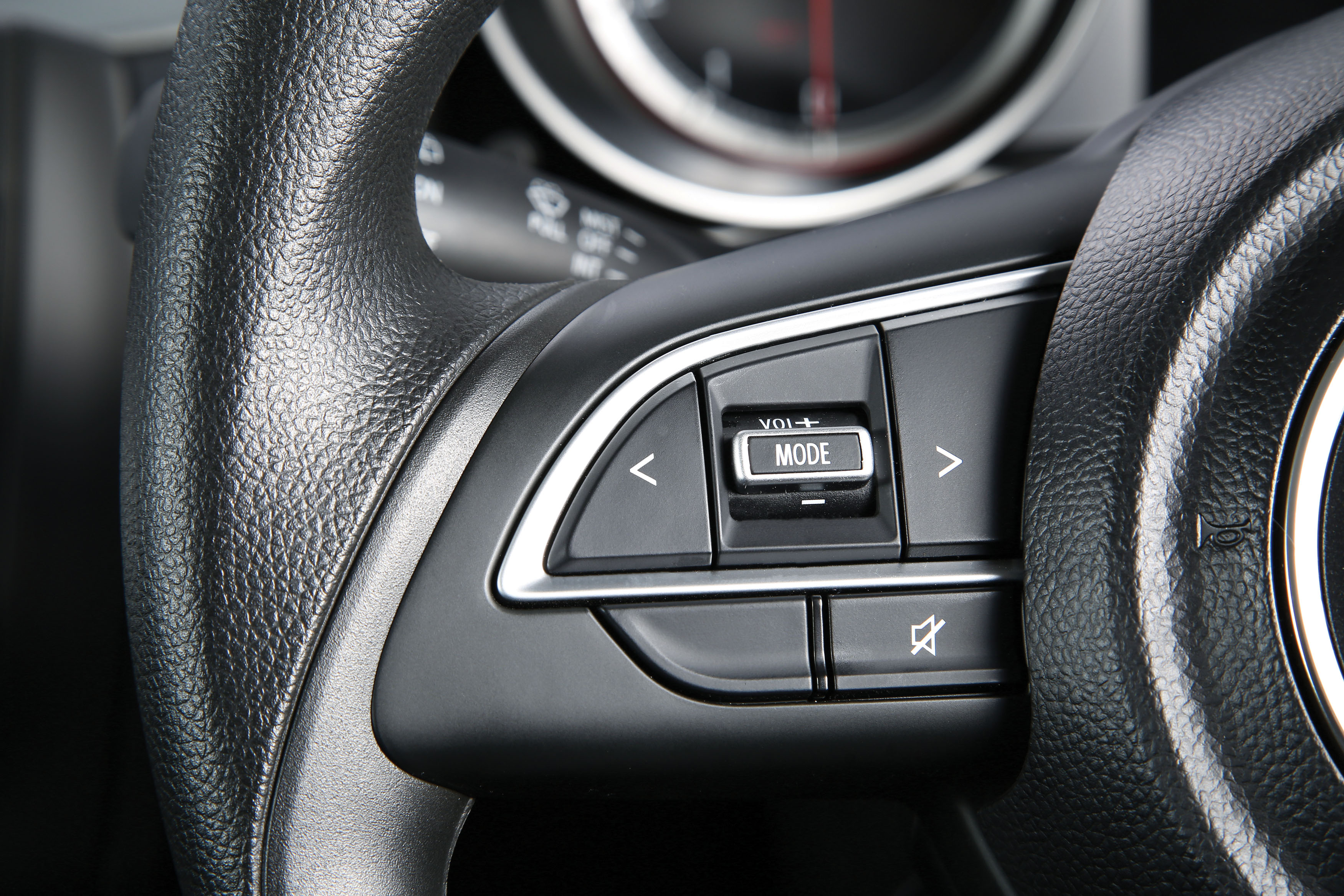 The Swift GL rides on 14-inch steel rims trimmed with full wheel covers, and shod with unusually high, 80-profile tyres. They might not look that sexy, but they do contribute to the Swift’s unusually cushy ride.

Given how uneven and potholed even our so-called tarmac suburban roads have become, the tyre choice is also a good one from a puncture resistance perspective. And when it comes to replace them, they won’t cost an arm and a leg. Pity about the space saver spare wheel, though.

I’m not sure I agree with the steel rim/wheel cover combo, either: I think most buyers would be happy to spend a little extra for some smarter alloys – and besides, wheel covers are easily damaged, often fall off and become a target for thieves. 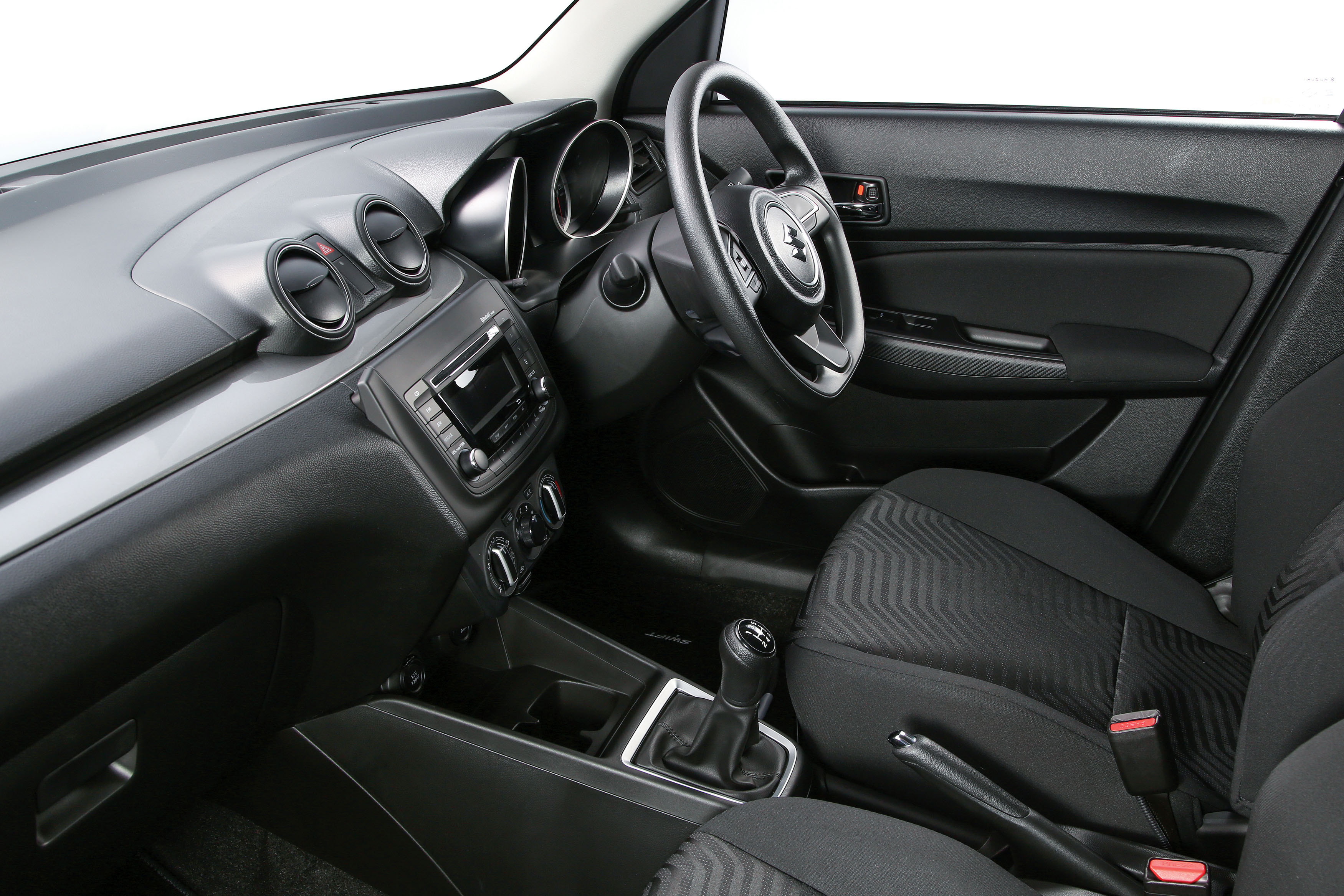 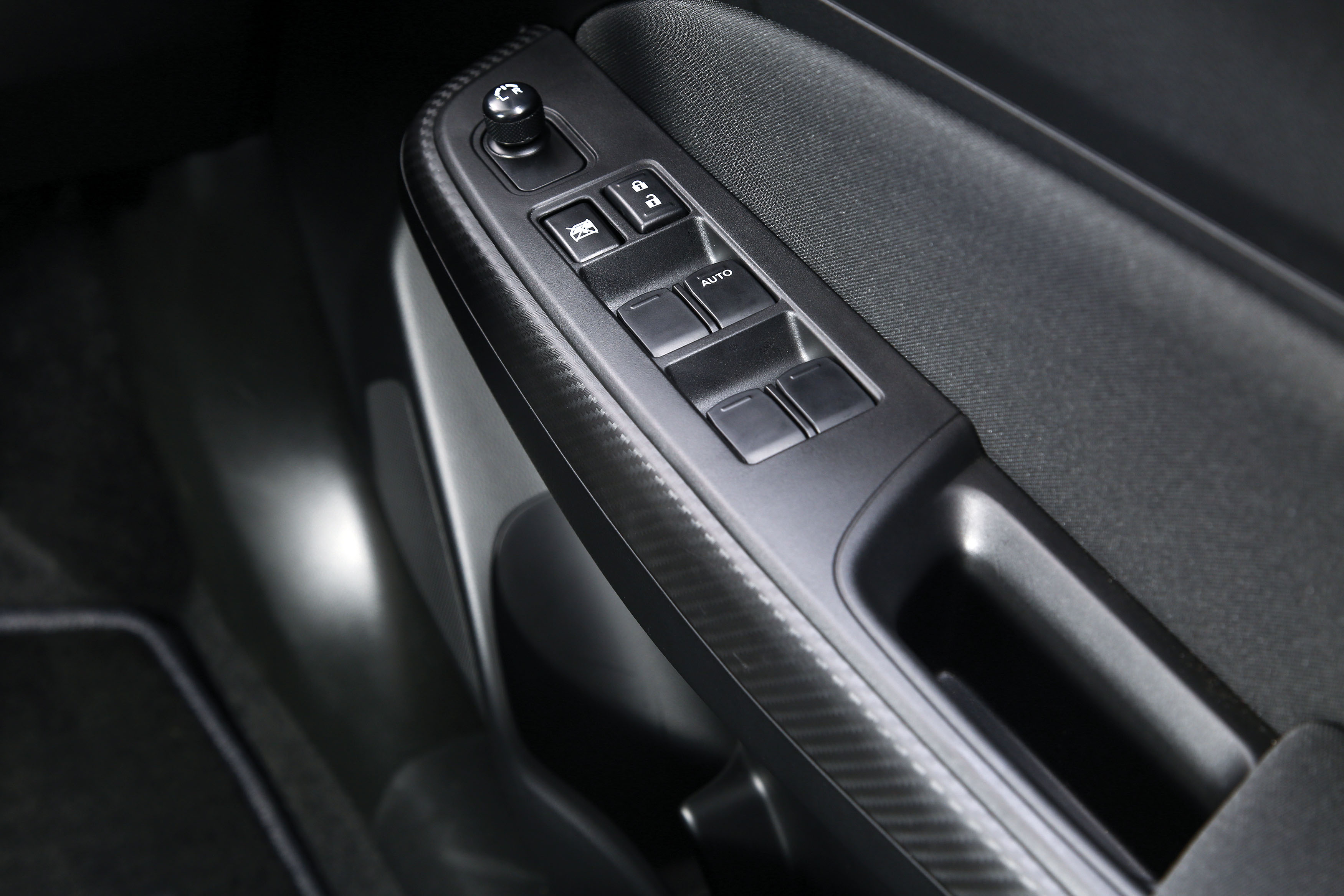 For a sub-R200k budget beater, the Swift offers a comfortable and well kitted out cabin. It’s clean and functional without looking cheap, despite a lot of plastic cladding. Clever use of textures and surfaces, with some shiny accents, helps to create a smart, inviting impression. 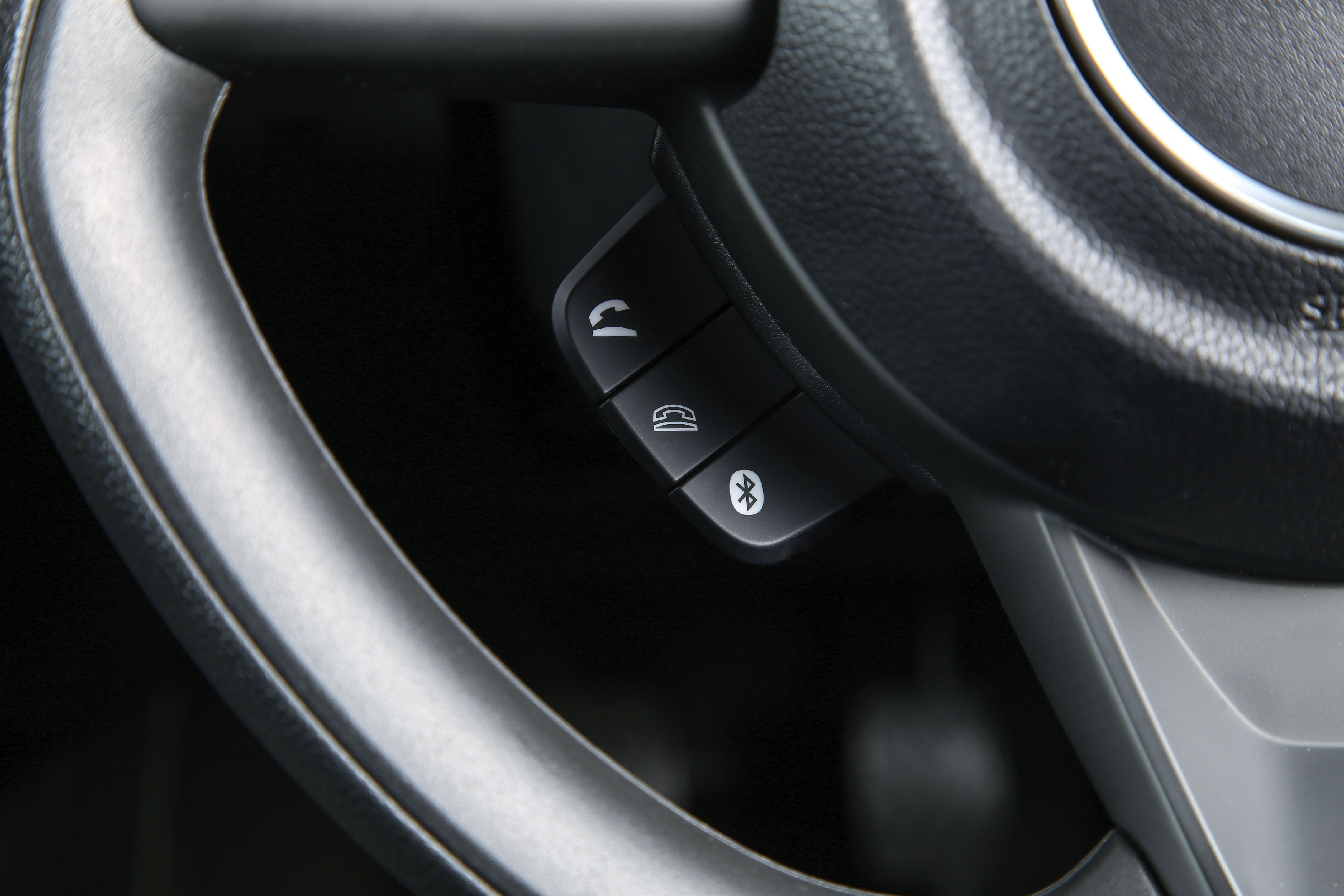 The cloth-clad seats look skinny but feel comfortable enough, and intelligent packaging allows for decent head and legroom front and rear – at least by small car standards. The rear bench seat is split 60:40 and can be folded down to increase the boot’s adequate 268-litre capacity. It might not sound like much, but it is 58 litres larger than the previous model’s boot.

The GL model offers plenty of the convenience features that matter. Top of the list is a multifunction steering wheel with controls for both the audio system, and the integrated Bluetooth support, which allows hands-free mobile use. 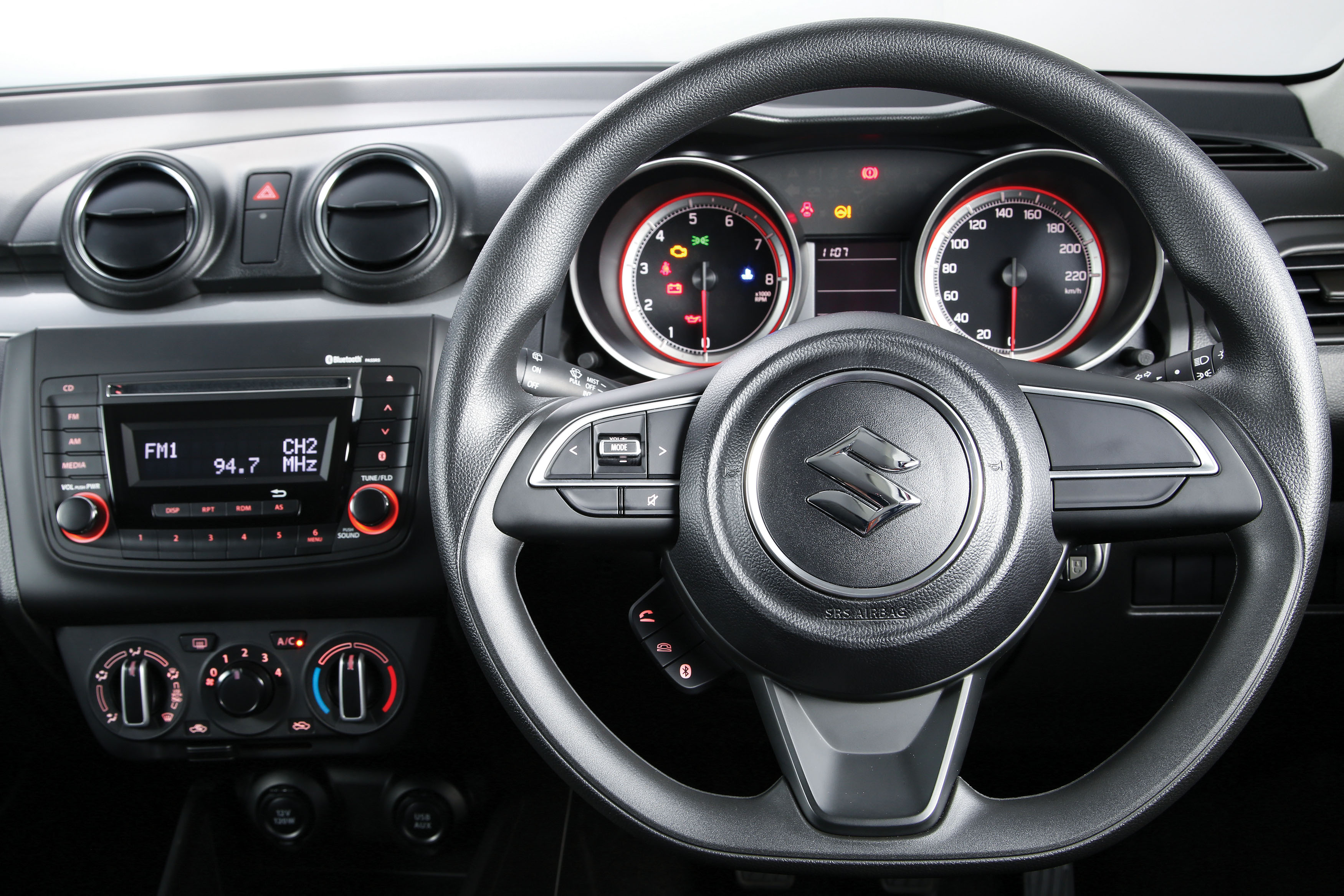 Given how often I see drivers using their phones while on the move (and how poorly they drive while doing so), Bluetooth connectivity is not only convenience item, but a safety must.

There’s a nicely integrated sound system with USB, auxiliary port and disc player, linked to a digital display in the centre stack. Sadly the SA model isn’t offered with the attractive and intuitive touchscreen offered in Europe and Japan.

Manual-control aircon is also on the list, as are electric windows and remote central locking. As for safety, the Swift offers dual front airbags, ABS brakes, childproof door locks, IsoFix child seat mounts and an alarm/immobiliser.

Contrary to my expectations, the Swift lives up to its name in dynamic terms. Given that it has to make do with around 18% less power at Johannesburg altitudes, I was impressed by the eager responses of the little hatch. 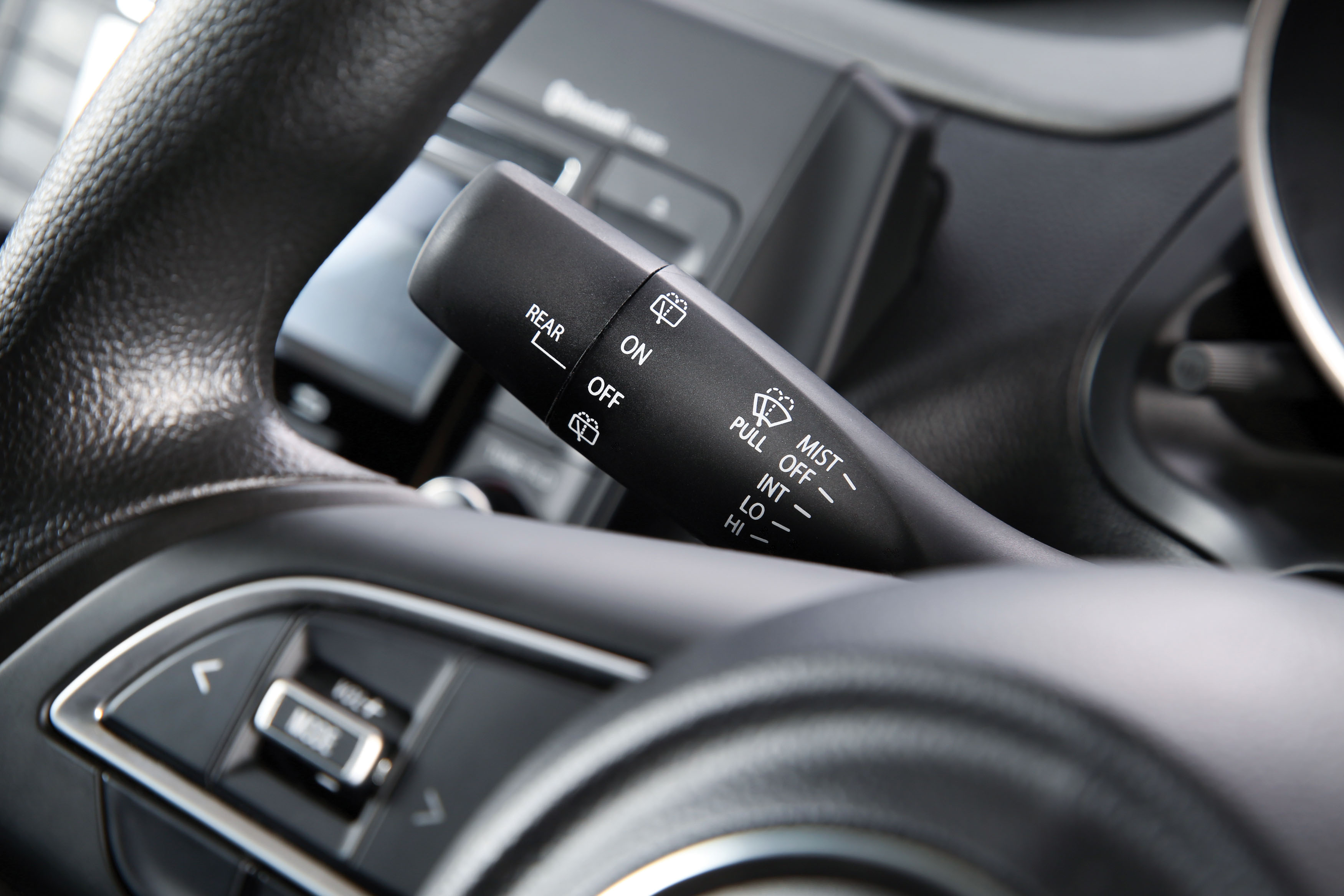 It certainly didn’t feel wheezy or laboured when getting off the mark, and while the engine is on the peaky side, it revs with an enthusiastic ease that makes spinning it towards the red part of the fun.

Granted, you have to make full use of the gearbox to extract the power unit’s full potential, while adding passengers and luggage will dull some of that dynamic lustre. But in the context of this class, the Swift is always keen to please, nipping through traffic with alacrity, and managing decent cruising speeds on the open road.

Suzuki claims a 12sec acceleration time from 0-100km/h, and a 170km/h top speed, both of which would be viable at sea level, with slightly slower stats expected at altitude. I didn’t drive the car for long enough to check out real-world fuel consumption, but Suzuki’s 4.9 litres/100km claim seems somewhat optimistic.

I’ve already mentioned the Swift’s unexpectedly pleasant ride, which adds some welcome poise and comfort to the little hatch. Yes, those tyres could be part of the reason, but the well-calibrated suspension is the real secret: it finds a good compromise between agile response and decent damping.

The electric power steering is too sharp and over-assisted, but it does allow the Swift to turn in crisply, and to negotiate tight spaces with confident ease. Give it stick through some country road curves, and the Swift reacts with confidence, with enough feedback from chassis and steering to add a measure of driving entertainment.

Despite the combination of front discs and rear drums, the Swift brakes with reassuring bite and plenty of pedal feel. Again, that low kerb mass makes stopping easier, too.

So, what’s the bottom line? The Swift GL carries a R169,900 price tag, which represents pretty good value – even if Suzuki SA is touting it as a launch special. Full retail is R175,900.

Similar money will buy you a Kia Picanto 1.2 Street or a Toyota Etios 1.5 Xi Hatch, among others in this very crowded segment. The less fancy Swift 1.2 GA comes in at a keen R159,000, while the GL with automated manual ‘box retails for R189,900. 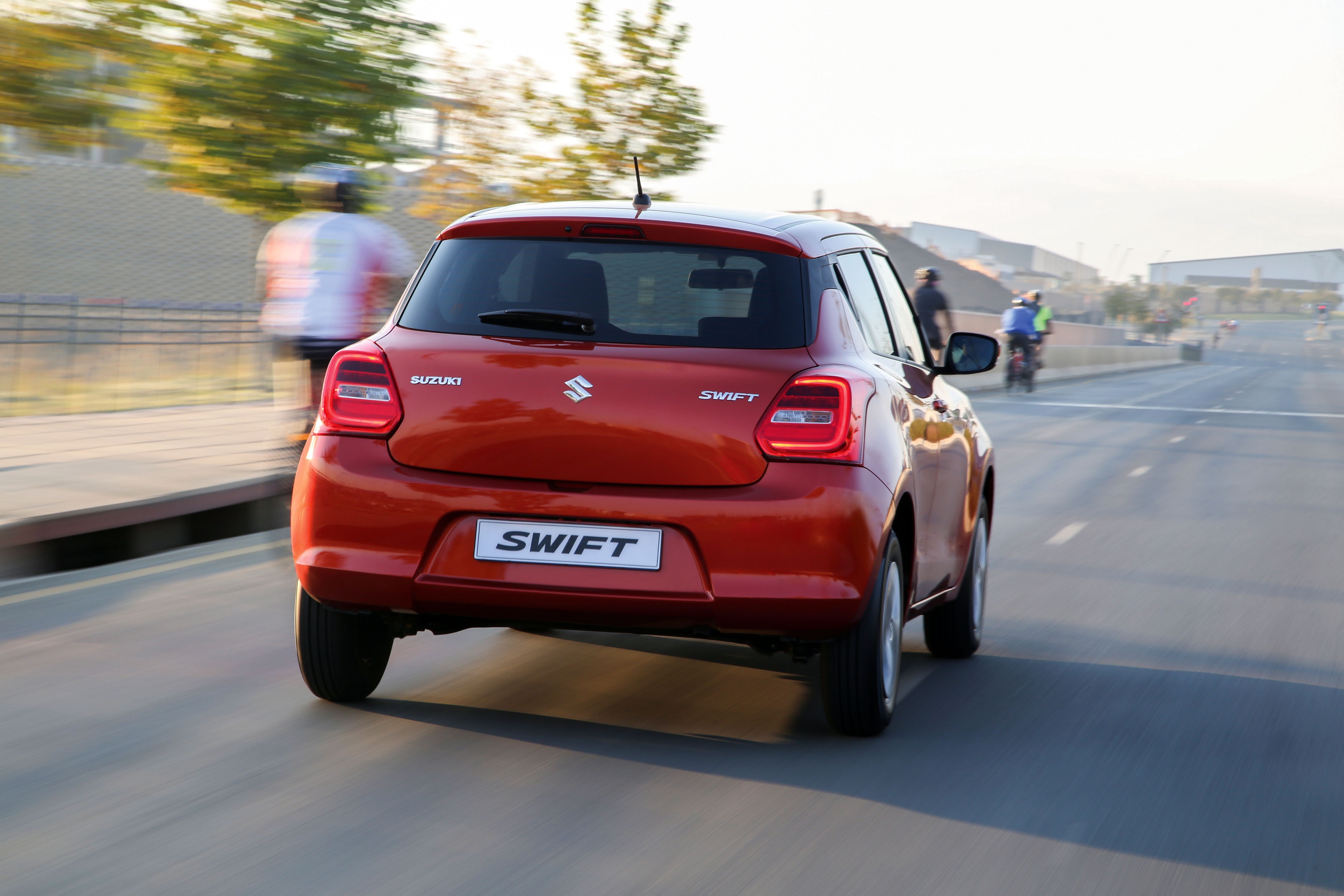 The Swift doesn’t quite have the contemporary appeal of the latest Kia Picanto or Hyundai Grand i10, but it remains a distinctive and well-specced player in a tough segment. The extra style, space and kit of the new Swift add further impetus to a convincing and ultimately enjoyable package. DM