Signs of renewal at SABC as Hlaudi’s ghost recedes 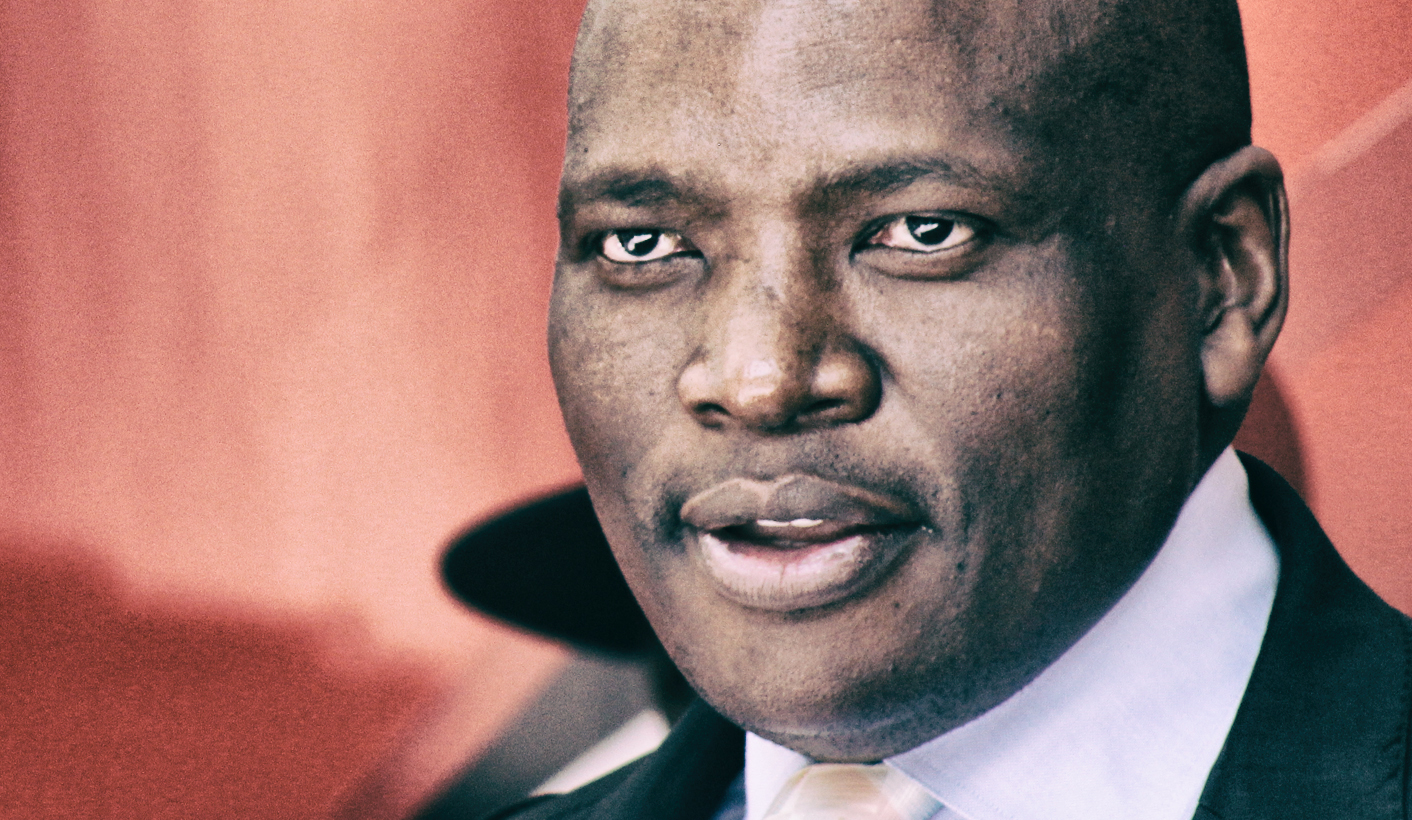 The court ruling this week that former SABC chief operating officer Hlaudi Motsoeneng must personally pay for the legal costs of the “SABC 8” is a further nail in the coffin of a man who once exerted extraordinary control over the state broadcaster. Meanwhile, the SABC is officially cleaning house: investigating editorial interference and sexual harassment, and announcing its new positioning with fresh branding and the tagline: “Independent. Impartial”. It’s about time.

It took only five years for Hlaudi Motsoeneng to establish himself as one of the most brazen and public faces of State Capture during the Jacob Zuma era.

During his tenure as chief operating officer (COO) of the SABC, Motsoeneng cruised from one scandal to the next, treating the coffers of the broadcaster as his personal cash box and kicking out the bricks of editorial independence at its newsroom one by one.

It’s hard to pick the most outrageous Motsoeneng manoeuvre from within a crowded field.

His decision to increase his salary from R1.5-million to R2.4-million within a year? His proposal that South African journalists should have to have a “licence” to practice? His implementation of an untested policy that SABC stations should play 90% local content? His dictatorial hiring and firing whims? Or his ban on the broadcasting of violent protest footage on SABC news bulletins?

It was the latter move that arguably precipitated Motsoeneng’s downfall, thanks to the courage of the group of journalists now known as the SABC 8. Their refusal to comply with his censorship demands led to their dismissal, but also exposed the true extent of the crisis at the state broadcaster.

This week, the SABC 8 have been further vindicated by the Supreme Court of Appeal’s ruling that Motsoeneng should be held personally liable for the legal costs incurred by the unlawful firing of the journalists. Though Motsoeneng – defiant as ever – has indicated that he will approach the Constitutional Court over the matter, his chances at the country’s apex court seem decidedly slim.

Krivani Pillay, one of the SABC 8, told Daily Maverick that she was “ecstatic” about the Supreme Court ruling.

“(Motsoeneng’s) decision to dismiss me and my colleagues was flawed from both an internal labour policy point of view as well as the Labour Relations Act. I had no doubt about this outcome,” Pillay said.

The ruling is also another opportunity for the SABC to put some distance between itself and its former executive. That the broadcaster is intent on drawing a line under the Motsoeneng years was evident from this month’s re-branding – seeing the SABC launch new design and content under the campaign #BlackIsHere.

SABC News, in particular, is being targeted for re-positioning, with a new tagline – “Independent. Impartial” – as well as new media hires and upgraded broadcast technology.

The transformation, SABC spokesperson Kaizer Kganyago told The Media Online, is “meant to directly reinforce the mandate of the SABC which supports the provision of credible, relevant and compelling content that is accessible to all”.

While some of these changes are cosmetic, a more significant development was recently announced by acting CEO Nomsa Philiso: two commissions of inquiry, to run for two months until the end of July.

One will look into allegations of sexual harassment, following claims by staffers of a “sex for jobs” culture.

The other commission will investigate editorial interference in the SABC’s newsrooms between 2012 and 2018, though Philiso said that information predating 2012 would also be considered if necessary. It will be exploring not just political pressure placed on journalists but also undue influence from commercial interests or business.

The commissions were established in response to both staff requests and a recommendation by Parliament’s communications committee and will be required to report back publicly.

Commissions of inquiry, re-branding, a new SABC board, respected faces in management – such as new COO Chris Maroleng – and no Hlaudi.

Is it too soon to say the tide is definitively turning for the state broadcaster?

Pillay believes there is reason for optimism.

“Our colleagues, particularly in television, seem hopeful,” she says. “The fact that executive leadership is willing to listen and engage staff is proof that the tide is turning. Obviously, not everything is fixed, but the first step, in my opinion, is this willingness to lead the change.”

One of the MPs who has pushed most strongly for renewal at the SABC, the Inkatha Freedom Party’s Liezl van der Merwe, also spies green shoots – up to a point.

“We have taken note of the rebranding of SABC news as a new ‘impartial’ news channel and platform,” Van der Merwe told Daily Maverick.

“We live in hope that this will indeed materialise, and we’ll give the SABC a chance to prove itself.”

The commissions of inquiry, says Van der Merwe, need to not just “get to the bottom of the rot” at the SABC, but also recommend punitive consequences for those implicated. That means not just Motsoeneng, but also those who permitted and facilitated his reign.

The possibility that the ghost of Hlaudi still lingers is something Van der Merwe is keenly conscious of.

“Even though a new board and new leadership at the SABC offer hope, we are well aware that Hlaudi’s enforcers still lurk in every newsroom of the SABC,” she says.

“Just because Hlaudi is no more, it doesn’t mean that the deeply entrenched culture of favouring the ANC, or a faction of the ANC, is over.”

For Pillay, who had to endure not just the victimising of the SABC 8 but also the death of her colleague Suna Venter during the worst of the turmoil, Motsoeneng’s spectre remains hard to shake.

“He is someone I always think about,” Pillay says.

“While he was an unapologetic supporter of former president Jacob Zuma, I have always wondered about his ‘handlers’. Did he work alone? What was his end goal at the public entity? When you go through what we did, there are always ghosts.”

If union Solidarity has its way, Motsoeneng’s assets will now be frozen as a means of recouping the more than R20-million that the former COO owes the public broadcaster.

In public, Motsoeneng continues to deny all wrongdoing, remain confident that history will exonerate him, and has claimed that he is “happy and enjoying life”.

On Friday, he was in court in Durban to demonstrate his ongoing support of former president Zuma in Zuma’s corruption trial.

“I know that people have their own views about (Zuma), but remember he’s not guilty until proven otherwise,” Motsoeneng told EWN.

Of Motsoeneng’s former henchmen, there is less public trace. On LinkedIn, former SABC head of news during the Motsoeneng years, Simon Tebele, is now listed as “self-employed”. DM