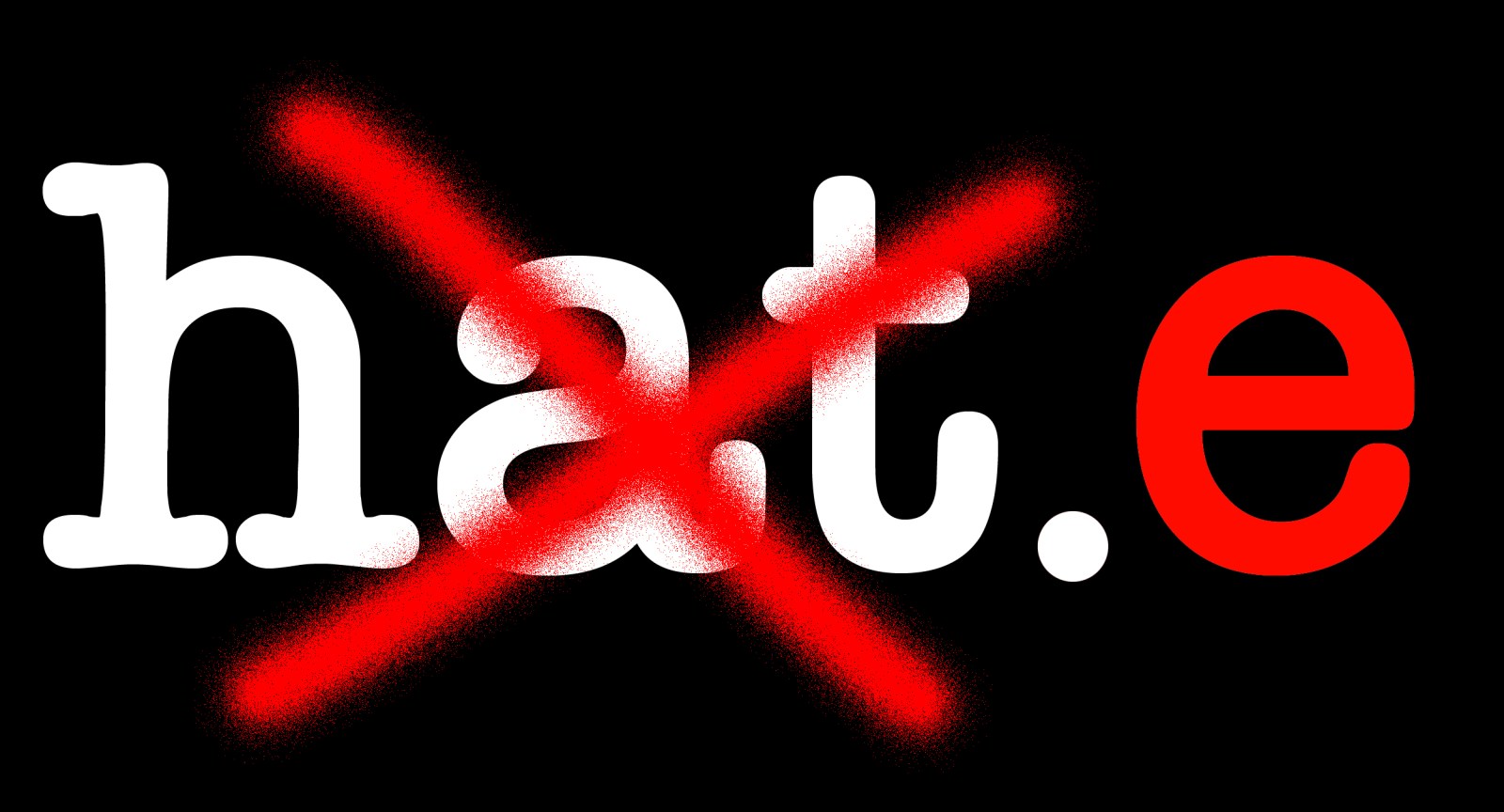 Opposition MPS have asked whether the Hate Speech Bill was really needed. What about the Equality Court Act or simply common law crimen injuria? And didn’t the provisions of the Constitution suffice?

A number of concessions have been introduced to the controversial Hate Speech Bill to placate those who regard it as a threat to democracy and civil rights.

While the Minister warned the Justice and Correctional Services Committee last week that Parliament would be failing if it missed the opportunity of legislating against hate crime and hate speech, the committee wrestled with what it perceived as curbs on free speech.

Minister Michael Masutha reminded the hearing that under the South African Constitution no one had the right to engage in provocative utterances and people could only live at peace if everyone accepted the co-existence of all people. The Bill would be giving full effect to the objectives of the Constitution and was its point of departure, he said.

“This Parliament should be bold in executing its constitutional mandate and lead society. That is why we are here. It will be failing society, in my opinion, if we don’t seize the moment and assist the courts in further strengthening their tools to deal effectively with the scourge not only of racism but also other forms of social prejudice.”

The idea behind the Bill was to criminalise hate speech and hate crime. The initial lawmakers were concerned about the recent spate of overt expressions of racism and feared that the existing Roman Dutch common law did not present enough of a deterrence. It was designed to defend the dignity of an individual, not a group, and the department felt that South Africa needed its own statutory law to deal with this growing problem.

But the Bill caused something of a storm when it was first gazetted for public comment in 2016, eliciting almost 8,000 letters and petitions, mostly from Christian groups who saw it as a threat to freedom of speech but more specifically to freedom of religion. The concern was that it could criminalise religious texts such as those which denounced homosexuality.

The Bill aired in the committee meeting on 30 May was a much revised version, which had introduced several significant concessions based on public objections. Deputy Minister John Jeffery said he hoped it reflected and incorporated the range of reservations and criticism that his department had encountered. He believed it had followed a true process of public participation.

This, however, did not stop a further barrage of opposition raised by committee members who asked whether the Hate Speech Bill was really needed. What about the Equality Court Act or simply common law crimen injuria? Didn’t the provisions of the Constitution suffice?

There was also the Promotion of Equality and the Prevention of Unfair Discrimination Act, although inexplicably Sections 25 and 28 which dealt with crimes of this kind had never been implemented. The feeling was that there were already many laws under which a person could be charged, so many in fact that it was extremely difficult to prosecute an offence such as an assault, and have it elevated to the status of a hate crime.

Committee Chairperson Mathole Motshekga said hate crime was not really the issue in the committee discussion of the Bill.

“The central problem, which I want to characterise as the national question in the country, is that of racism. The strategic objective was to create a non-racial, non sexist and democratic South Africa,” he said.

“Criminalisation of racism is something that must be postponed, and for now we should just deal with prejudices and intolerances, which were already dealt with in various statute books.”

He repeatedly emphasised that “we are a multicultural, interfaith, inter-religious society” and asked “can we really deal with the challenges of such a complex society by criminalising all kinds of intolerances in society without doing that in tandem with community and national dialogues and community education?”

His main concern was that the department was “running ahead” of the people and risked creating greater problems by filling the higher courts, and the already overcrowded prisons, with a new cadre of offenders.

In a clause-by-clause explanation of the Bill, Lawrence Bassett, the Chief Director for Legislation in the Justice and Constitutional Development Department, explained to the committee that Clauses 3 and 4 were most important because they “create the offences of crime and hate speech.

“That is the cornerstone, the foundation of the Bill. Now for the first time in history we have statutory offences that deal with conduct that is based on various forms of intolerance,” he said.

This came after hours of impassioned argument by Jeffery who said the Bill aimed to legislate against hate crimes and hate speech and introduce measures to prevent and combat those offences. He linked the objective of the Bill to key targets in the National Development Plan (NDP), most notably the need for sustained campaigns against racism, sexism, homophobia and xenophobia.

Elevating hate speech and hate crimes to a criminal offence, he said, would show the country, and the world, that South Africa regarded intolerance and prejudice as serious crimes, deserving of appropriate penalities.

He explained that given the sensitivity of the Bill only Directors of Public Prosecution could initiate proceedings and crimes would be heard in the High Court and regional courts, where there were more experienced officers.

This drew strong criticism from committee members who argued that most South Africans do not have the means to access these courts. They argued that elevating the offences of hate speech and hate crimes to “modern” courts excluded traditional courts and would drive away the majority of ordinary citizens. Jeffery was at pains to explain that the procedure of bringing a hate crime before the court required merely placing a charge at a police station, leaving the accused to find expensive legal defence.

He conceded that the Bill effectively criminalised racism. But the existing alternative was the Equality Court, which was a civil court which could only recommend criminal prosecution. This allowed hate crimes to be perceived as lesser crimes.

Perhaps it could be argued that combining hate crime and hate speech in a single Bill could be driving the objections from citizens and even from the committee. After all, hate crime was more readily accepted as deserving of harsher punishment because it is by definition an offence motivated by prejudice or intolerance.

According to the Bill, a hate crime would be considered an aggravating circumstance to a crime. For example, assault or even murder, serious crimes in themselves, would be regarded as even more violent and intolerable acts if proved to have been motivated by any form of prejudice or intolerance.

The example was given of a criminal throwing a rock at a mosque. In itself that would amount to malicious damage to property. However, if perpetrated as an expression of anti-Muslim sentiment it became a hate crime, and would be elevated to a higher court for a more serious punishment.

Few could dispute the rationale behind that. Hate speech, however, incurred strong opposition, mostly from Christian groups who said it undermined freedom of speech, and who said the Bill went too far.

Following the first round of public comment certain exemptions were identified to mollify those who saw the Bill as a threat. The Bill was modified to exempt from the Bill press freedom, artistic creativity and academic work, and broadly all proselytising or espousing of any religious belief, teaching or doctrine as long as it could be proven to be bona fide.

The only artistic creativities or performance or espousal of religious doctrine that would not qualify for exemption from hate speech were those that advocated hatred or incitement to cause harm.

The African Christian Democratic Party’s Steven Swart said he supported the need to address hate crime, but has engaged with the Minister on the topic of hate speech. He was grateful for the exemption of religion, but made the point that it is a partial exemption.

Citing the case of Jackie Momberg, who was sentenced to jail on four charges of crimen injuria for hate speech, he asked whether the hate speech crime was really needed. After all, in this case common law crime had shown itself to be effective, he said.

The penalty for hate speech in the Bill would be a fine or imprisonment not exceeding three years for the first offence and five years for the second and subsequent offence. The initial Bill had set this at 10 years, but public comment had indicated that it considered 10 years of imprisonment for racism, homophobia, anti-Muslim sentiments, anti-semitism and any other of the usual gambit of unsavoury prejudice too harsh. DM