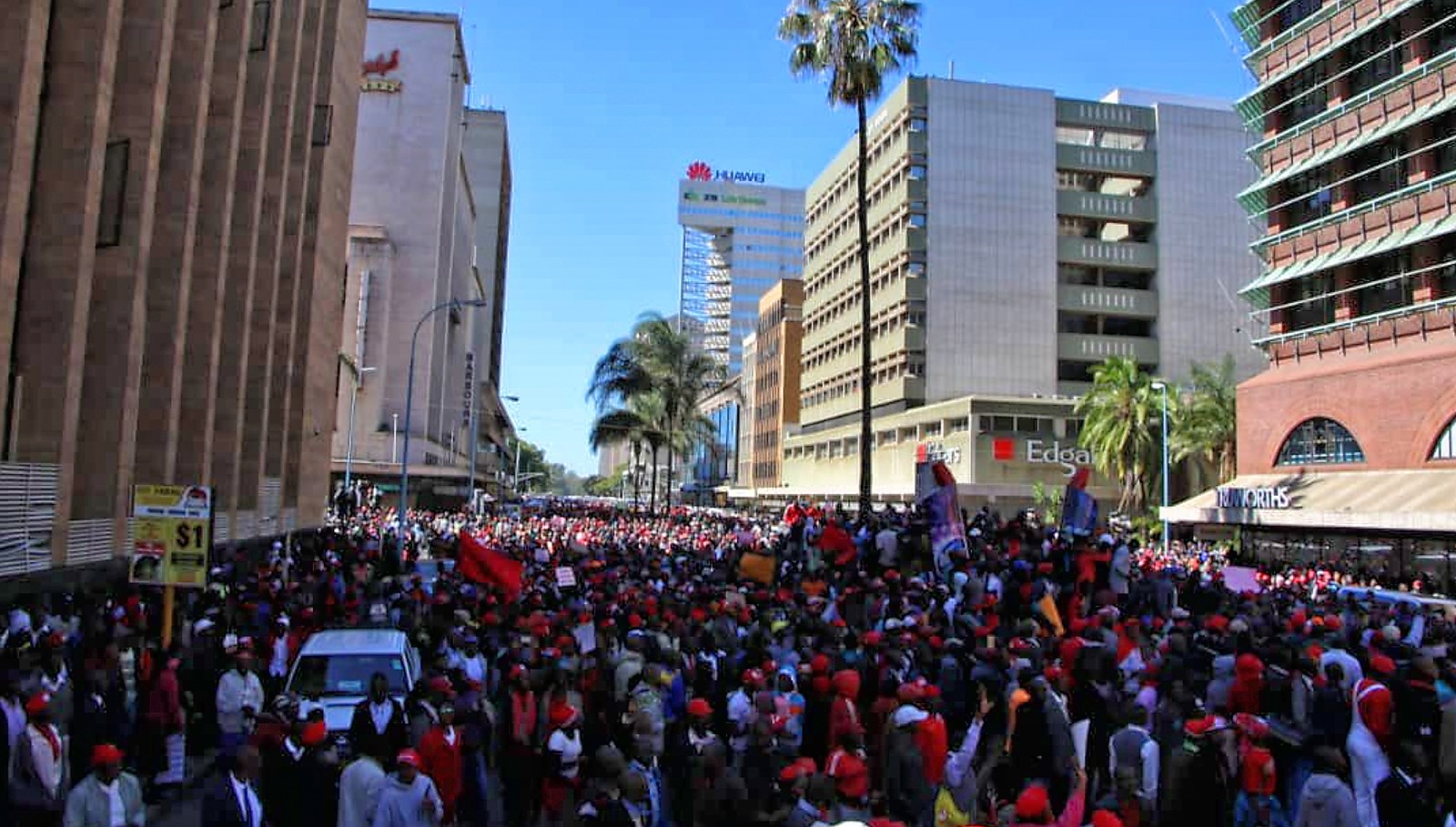 As Zimbabwe counts down to a general election, the opposition is suspicious, and on Tuesday the Movement for Democratic Change staged a demonstration in Harare.

Ever since Zimbabwean President Emerson Mnangagwa declared 30 July 2018 as the general election date, the opposition has been challenging the government to come clean on electoral reforms.

At their core, elections provide citizenry with an opportunity to directly decide on who will represent them in public office. But as Zimbabwe counts down to a general election, the opposition is suspicious and on Tuesday, the Movement for Democratic Change (MDC) staged a demonstration in Harare.

MDC-T leader Nelson Chamisa presented a petition with ten demands to the Zimbabwe Electoral Commission (ZEC). The demands include transparency on who is printing the ballot paper, where it is being printed, and that its features must be tested, and an independent audit of the voters’ roll and removal of soldiers from villages.

Addressing protesters and party supporters, the opposition leader said if the demands are not met this could stop elections from taking place.

“The issue we are demanding cannot be resolved in parliament but is an administrative issue which require political will,” Chamisa said.

The youthful leader stressed that they have failed to agree with the ruling party, Zanu-PF, in parliament and hence they (Zanu-PF) have chosen to fast-track the Electoral Act.

“The ballot paper must be tested before it is used, and we guard it together, MDC-T, Mnangagwa and his people,” says Chamisa.

Daily Maverick spoke to Hillary Chakwizira, 28, of Kuwadzana High, a high-density suburb in Harare, who was among the protesters.

“This election holds my future, all we want is for ZEC to be fair and tell us who is printing the ballots and where they are being printed.

“All the soldiers must be removed from ZEC secretariat and immediately return to the barracks where they belong since they have no business in the country’s elections,” Chakwizira added.

Noriah Kudare, 62, from Harare came to the demonstration in support of the need for electoral reforms.

“ZEC is full of Zanu-PF people and definitely they want to steal elections, and we are here to stop that,” Kudare said.

Aspiring MDC-T Councilor, Stephen Dhliwayo, said the voters’ roll should have been given to all political parties for inspection so that people know whether they are inspecting the correct voters’ roll.

“Now it is not possible to audit the voters’ roll because no one has seen it before,” Dhliwayo said.

Cyprian Muketiwa, an independent political analyst based in Harare, told Daily Maverick that the demonstration is relevant because election dates were set before a host of electoral reforms were made.

“The possibility of rigging is there, given that the government has a history of rigging and is just emerging from a primary election that was fraught with rigging. If they can rig their in-house election, it will be foolhardy to trust them to run free and fair elections,” says Muketiwa.

Senior researcher at the Institute of Security Studies Derek Matyszak pointed out that some of the MDC-T demands are not well chosen as the law does not provide for an independent audit, and as such ZEC can only implement that which the law provides for.

Matyszak noted that the focus on reforms should be on pertinent issues in this election.

“There is need to open up media space. As it stands, Zanu-PF has been controlling the media and Zimbabwe does not have independent television or radio stations apart from those owned by government and its associates.”

“There is need for the military to stop meddling in political matters as has been seen previously where it has been the final arbiter of political choice. The military has to give the people of Zimbabwe an assurance that they won’t be heavily involved in the politics of the land,” Matyszak said.

Asked about ZEC Chaiperson Priscilla Chigumba’s statement dismissing claims by the MDC Alliance (a coalition of political parties) that they were denied access to the voters’ roll, the Herald state newspaper said:

“There is a link that we have made available and anyone requiring it is free to access it and we have made this known to political parties in our regular meetings.”

But Matyszak stated that according to law ZEC should release the final voters’ role, not a provisional one.

“I have not seen it and no one has seen it, besides the ZEC website is a mess,” Matyszak said.

The opposition party feels they are disadvantaged and that without electoral reforms, for which they have been calling for years, no free and fair elections will take place.

“Although government has invited many countries and geographical groupings such as the European Union (EU), African Union (AU) AND southern Africa Development Community (SADC) to observe the elections, the opposition continues to push for the implementation of reforms,” Matyszak said. DM