In the run-up to Friday’s court appearance, Zuma’s defence suffers a body blow 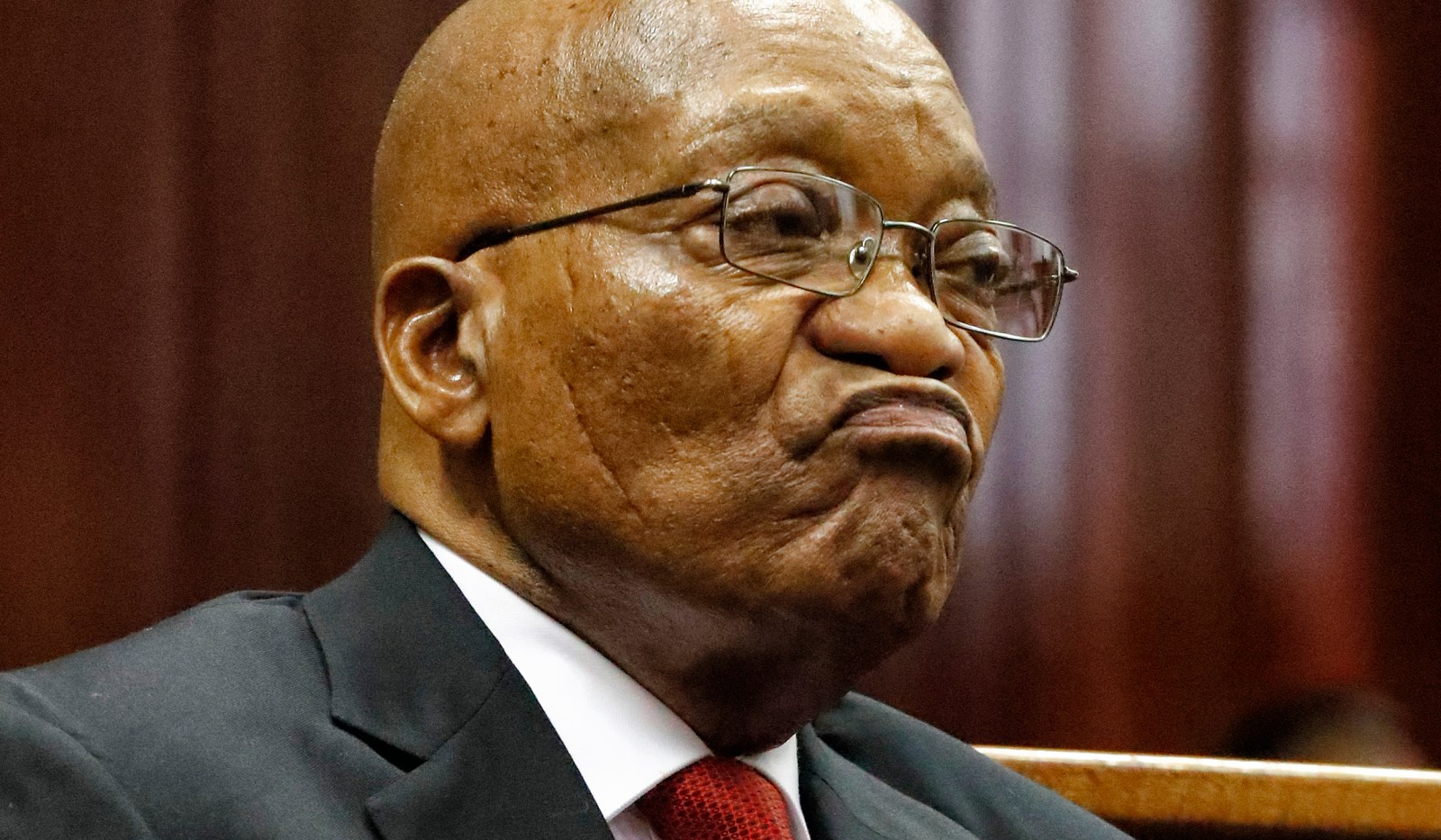 Former president Jacob Zuma claims the country has a separate set of laws it applies only to him and his family. EPA-EFE/NIC BOTHMA / POOL

Former President Jacob Zuma’s legal team was left scrambling on Tuesday when they received a letter from National Director of Public Prosecutions Shaun Abrahams, rejecting a request for the criminal case to be withdrawn pending the finalisation of a separate legal fight over the state’s paying of former president Jacob Zuma’s defence. Their next option is to approach the courts for an intervention, but the former president seems to be cautious to be the delinquent litigant he has become infamous for – lest he has to pay these bills himself.

The National Prosecuting Authority (NPA) on Tuesday confirmed that National Director of Public Prosecutions (NDPP) Shaun Abrahams wrote to Zuma’s lawyer Michael Hulley, saying he could not accede to a request for a stay of proceedings in the criminal case. He further declined to withdraw the case in the Durban High Court as requested by Zuma’s legal team while the case relating to taxpayers’ footing of the defence costs is dealt with by a separate court. Abrahams contended that a court must make the final determination on issues relating to the accused’s (Zuma’s) legal representation.

In other words, Abrahams dared Hulley to take the matter to court.

The NDPP made this determination after consulting with his deputies in the NPA, but mainly after consulting the woman who is leading the prosecution, KwaZulu-Natal Director of Public Prosecutions, Advocate Moipone Noko. She told Daily Maverick on Tuesday that from the State’s end, Zuma’s court appearance on Friday, 8 June would be a postponement and they would be ready for trial by 12 November. But she said they are anticipating some disruptions.

“The only opening we have is the 12th of November so we can go on trial from then. But obviously that depends on whether some applications are brought or whatever comes that can derail us from that plan. If everything goes well, we will most probably start trial on the 12th of November,” Noko said.

To understand why this development matters this week, it is important to go back and track the movements around Zuma’s criminal charges. The last time Zuma appeared in court facing 16 charges mainly of fraud and corruption, his legal team asked for a postponement so that they could file papers to challenge Abrahams’ decision to prosecute him. Zuma had written to Abrahams motivating why he should not face those charges that were first brought against him a decade ago. Abrahams rejected this, telling Zuma that if he felt he had a case to make, he should present this to a court. After his court appearance, Zuma seemed confident, telling his supporters that they would expose this prosecution for what it was – over a decade since first making that claim.

But when the time came for Zuma’s legal team to file papers and make their arguments in court as to why he shouldn’t have been re-charged, the former president’s defence was silent. The NPA confirmed in May that Zuma missed the deadline to challenge the decision to reinstate charges and they were now pressing ahead.

At the same time, Zuma was cited as a respondent in two separate cases filed by the DA and the EFF asking the court to put an end to the state’s footing of Zuma’s legal bills. The DA, through their court application, wants to get to the bottom of how the state agreed to pay the costs of Zuma’s defence in his criminal case in the first place. The EFF took it a step further, asking that the court rules that Hulley repay the millions he earned from the state while representing Zuma in his personal capacity. While both parties made solid legal arguments, the DA’s case only became winnable when President Cyril Ramaphosa filed a notice to abide, saying he wouldn’t oppose the matter.

This is when Zuma’s legal team began panicking.

It was reported that Zuma terminated the brief of his counsel, meaning the expensive advocates he relied on for a better part of the decade while he employed “Stalingrad” litigation tactics would be unaffordable if he is made to pay from his own pocket. But Zuma could rely on Hulley to take the legal costs case and try to use it to their advantage.

Hulley wrote to Abrahams last week, asking for a stay in prosecution and a withdrawal of the case pending the outcome of the legal challenge. The crux of Hulley’s argument was that Zuma was entitled to legal representation and until they figured out who’s going to pay the lawyers, the prosecution cannot go ahead. This contention fell on its face with Abrahams’ decision and now their last resort is to approach the courts. Hulley was unavailable to confirm whether this would be their next move, but as noted above, the NPA is anticipating it.

The likelihood of Zuma having to fork out for his defence from his own pocket in this criminal case has finally dawned on him and Hulley. Unlike during his rape trial where he commanded political clout, Zuma does not have a Friends of JZ trust to rely on. Most of the people who formed a central part of the fund-raising around Zuma’s never-ending legal woes have passed on or moved on. From 2005 onwards, Zuma was a rising star who people leached on to rise with until attaining high office. Now he is a former president who left office unceremoniously. One of his core backers and mobilisers, admitted fraudster Carl Niehaus, said on Tuesday there has been no effort to formally fund-raise for Zuma’s legal fees. But he said he knew that some people who still supported Zuma would privately help him if the need occurred.

Zuma is expected to use his court appearance on Friday to mobilise support premised on public sympathy for him, while he plots his next move. Going to court as an ordinary citizen is not as easy as it was when he was head of state, Zuma has learnt. He has to be strategic and thorough. He also is racing against time. The legal road ahead for Zuma is expected to be filled with land mines. For now, he is trying to create a sideshow to shield himself from the imminent explosion. DM