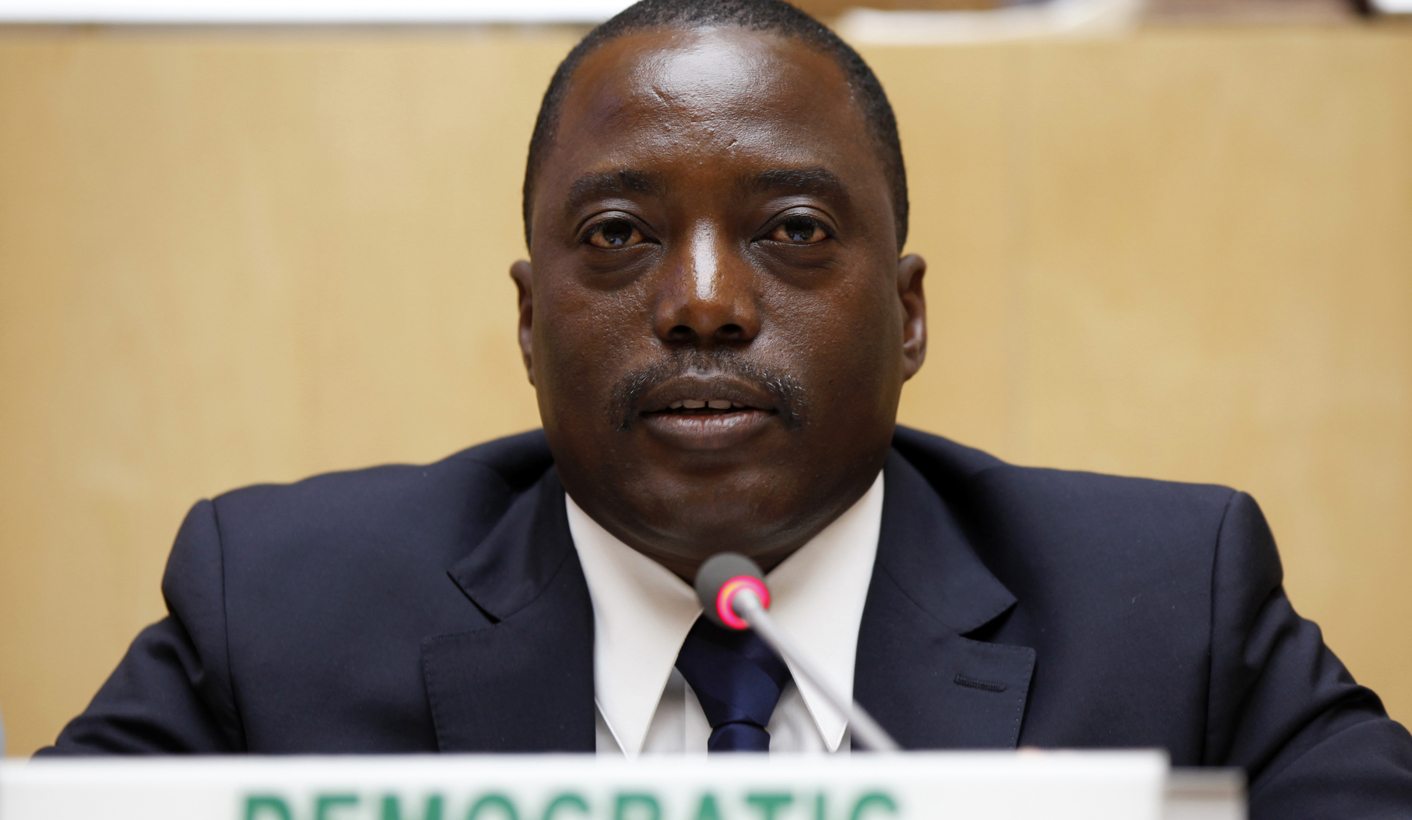 As regional pressure on the Congolese president mounts, the interests of DRC’s citizens must come first. By Stephanie Wolters

Last week, Democratic Republic of the Congo (DRC) government spokesman Lambert Mende Omalanga publicly demanded an explanation from French President Emmanuel Macron for his “subliminal proposals, (which are), to say it clearly, full of ambiguity”.

Mende was referring to the statement Macron made about the situation in the DRC in a joint press conference with Angolan President João Lourenço, who had been visiting France. “France supports the initiative taken by the president of the African Union (Rwandan President Paul Kagame) in close coordination with the Angolan president,” said Macron.

Lourenço’s visit followed Kagame’s visit to France a week earlier. Speaking at the same press conference, Lourenço said elections in the DRC were a priority and that DRC President Joseph Kabila should not stand again.

Macron’s statement is indeed full of ambiguity. And perhaps this was intentional. Those familiar with Great Lakes history know that Angola and Rwanda have played a deciding role in the DRC’s internal politics repeatedly over the past 22 years. In the 1996-97 war to oust Zaire’s president Mobutu Sese Seko, Angola and Rwanda were allies, but then became rivals vying for influence over new Congolese president Laurent Kabila.

When Rwanda and Uganda turned against Kabila in 1998 and launched a new campaign to oust him, Angola sided with Kabila and saved him from being overthrown. The relationship between Rwanda and Angola never fully recovered.

More recently, Angola used its presidency of the International Conference on the Great Lakes Region in 2015-17 to wrest control of regional politics away from Uganda and Rwanda, and associate more closely with the politics of the Southern African Development Community (SADC).

Angola did this at a time when relations between Rwanda and South Africa – the SADC heavyweight – were low due to accusations that Rwanda was assassinating its political enemies on South African soil.

This dynamic appears to be changing. Angola has a new government that is making numerous shifts, as are other countries in SADC, notably South Africa and Zimbabwe – once staunch Kabila supporters but now more closely aligned with the Angolan view.

In early May, the Angolan interior minister travelled to Kigali. It is therefore no real surprise that the Angolan presidency and Kagame’s visit to France have prompted furious responses from the Congolese, condemning attempts to interfere in the DRC’s internal affairs.

Rwanda and the DRC have been on quite good terms recently, with Kinshasa ranging from facilitating to simply tolerating Rwanda’s military and economic interference in the eastern DRC. Perhaps because the situation suits it, Rwanda has not been as plain-spoken as Angola. But as AU chairperson, Kagame must publicly support the view that it is time for Kabila to leave office, echoing AU Commission chairperson Moussa Faki’s words.

The very public diplomacy between France, Angola and Rwanda on the DRC has been interpreted by some as a signal to Kabila that powerful players are coming together to pressure him not to stand for another term. How and whether these forces will be coordinated and channelled, however, isn’t clear.

Angola and Rwanda have their own, very different security and economic agendas. Angola is looking for some measure of stability to prevent events in the DRC from spilling across its borders. And Lourenço openly stated in France how essential it would be that the elections have credibility: “These elections must be accepted by the international community because you can have elections, but if no one recognises them, nothing will be achieved.”

For Rwanda, open access to resources in the eastern DRC is important. It also wants to prevent a threat to its existence from emerging there. The common factor for both countries is maintaining influence over who is in charge in Kinshasa.

But times have changed since Mobutu was overthrown. The AU does not tolerate coups, and neither Angola nor Rwanda can afford to be engaged in covert military operations aimed at overthrowing a head of state. It would certainly be a mistake to champion an armed solution driven by regional players as a durable resolution to instability in the DRC.

Angola and Rwanda could try to use the International Conference on the Great Lakes Region as a vehicle for influence in the Congolese situation. They may even choose to associate SADC with such an initiative, although SADC is much harder to steer than the relatively weak Great Lakes organisation.

If this is the path they choose to take, it must also involve the AU, which has been relatively hands-off in the DRC since the failed 2016 mediation under Edem Kodjo. Central to their actions should be the message that the credibility of the electoral process is paramount to restoring confidence and stability.

Jointly, Angola and Rwanda should continue to push for a restoration of political freedoms and the application of the 31 December 2016 political accords that prohibit Kabila from standing for a third term. This scenario could put the DRC back on the path towards stability. DM

Stephanie Wolters is Head of the Peace and Security Research Programme, ISS Pretoria