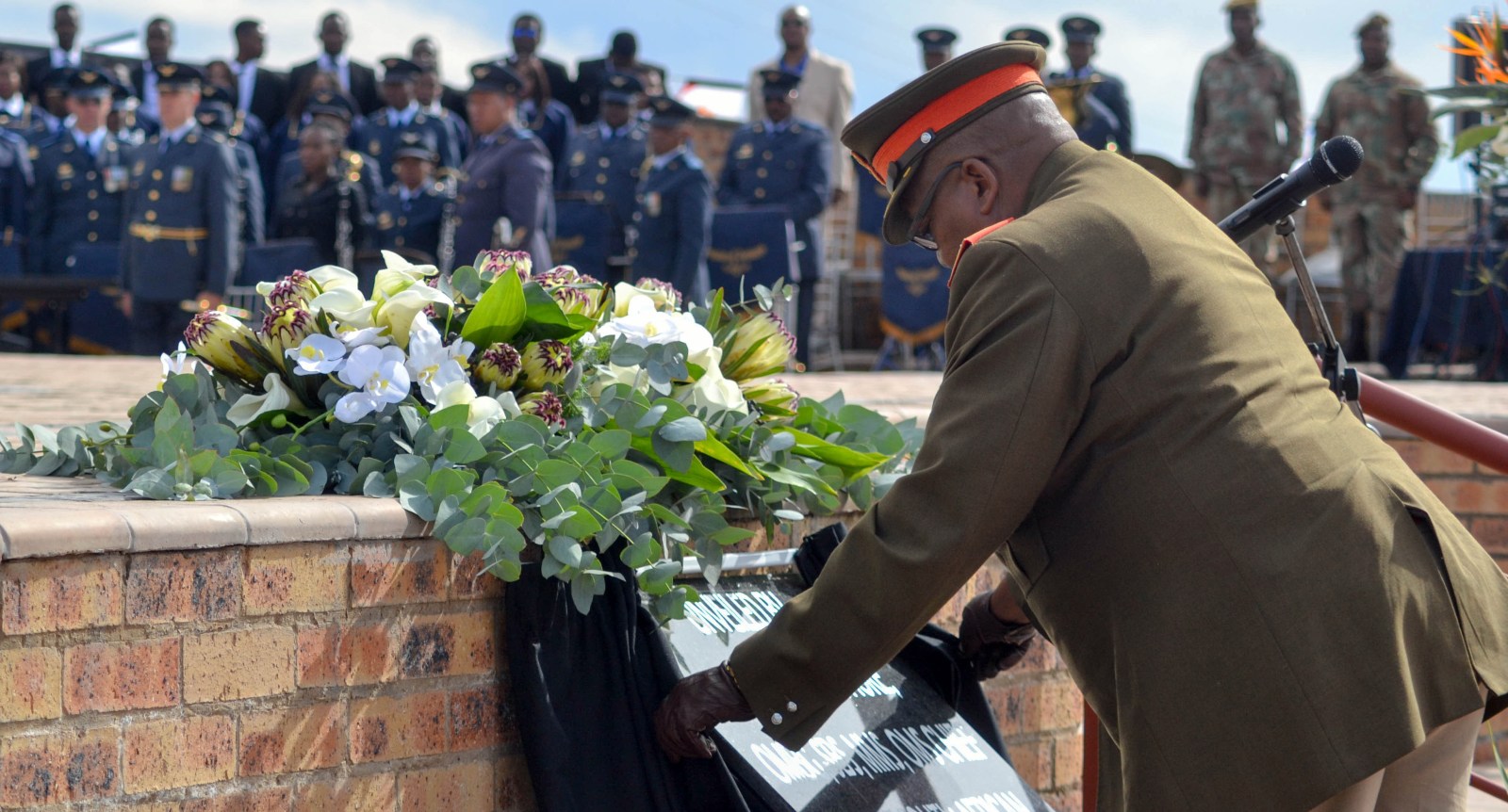 On Tuesday 29 May 20818, the South African National Defence Force SANDF held its annual remembrance of army personnel who died in the United Nations Peacekeeping Mission

On Tuesday the SA National Defence Force held its annual remembrance of army personnel who have died in action for the United Nations Peacekeeping Mission. Army bosses took turns to console families, warning that peace does not come cheap.

“I am proud and honoured to stand before you as the commander-in-chief of the SANDF. We are proud as a country and as a people for helping keep peace in our continent while we mourn our casualties,” South African National Defence Force (SANDF) chief Solly Shoke said.

Shoke said these were men and women contributing to peace.

“We will always remember them. Our job is like no other you will find in any government department. We are here to say Thuma Mina (Send Me) even if it’s tough,” he said.

“We are not here for glory, we are here to serve our people and our country. We should carry the flag of the country in pride,” he added.

Shoke called out the perpetrators of violence in the country.

To the families of the fallen heroes, Shoke said even though they have lost their loved ones “you must be proud because they fell in the line of duty, having served the nation with pride and dignity”.

The deceased’s next of kin could not hold back their tears when the general unveiled the names of the deceased servants of the country. It was a solemn moment.

He hailed the country for the bravery in deploying army personnel to serve in other countries.

“Go back home with your head held high.”

Chaplain General Monwabisi Jamangile said a soldier is a special breed of person, one who protects and defends human life by giving up the right to be with their families and friends.

“A soldier gives up the right to life and liberty in pursuance of happiness for his or her people. He makes his or her tent home sweet home.

“When we look at you that have survived we see courage in you, we see faith in you. Chief Shoke said the departed were basking in the sun which shall never set. They pluck fruit from a tree which will never whither. They rest in the shadow of the Lord. God speaks the last word.”

Addressing the general, then attendees at the event, General Jamangile said, “We are ready for our marching orders.

“To the families, rest assured we will remember them today and into the future. Beyond the absence there is presence. Beyond the brokenness there is holiness. Beyond the hurting is forgiveness. Beyond the silence, God speaks,” added Jamangile as he carefully wrapped the deceased’s families with the bandage of hope.

Sello Christopher Pilusa was one of the members who died in the DRC in 2004. Pilusa left behind his wife and four children.

“I will most remember him for singing whenever he came home. He would call us out from a long way away. I miss him a lot. We all miss him,” said his widow Christina Pilusa.