THE POWER OF STORYTELLING

Youth find their voice to inspire others to overcome adversity 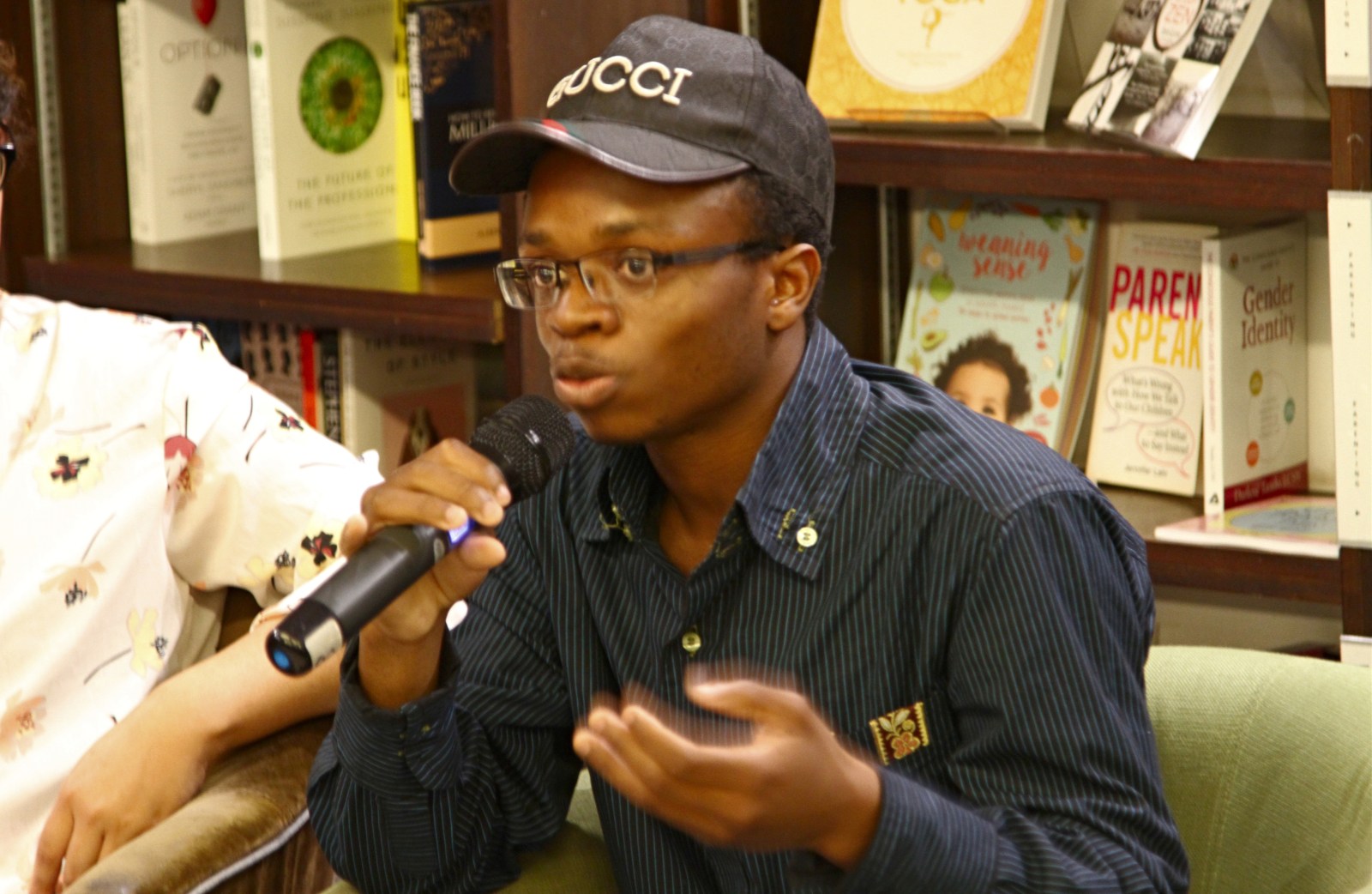 Lewis Kalombo is one of the writers of Our Stories by Mamelani Projects, seen here at the book launch in Cape Town on on 15 May 2018. Photo by Hlumela Dyantyi.

A group of resilient young people who grew up in childcare centres read snippets of their journeys at the launch of their book, Our Stories, by Mamelani Projects, in Cape Town this May. They have overcome challenges such as abandonment, leaving abusive homes, conquering reading and writing difficulties, and more. They told their stories to inspire others.

It took Lewis Kalombo a year to travel from the Democratic Republic of Congo (DRC) to South Africa. He was put into a child and youth care centre at a very young age and partially lost his mother tongue.

When Kalombo moved from the DRC, he could speak Tshilumba and Swahili, but over the years, he lost Tshilumba. He learnt how to speak English while playing soccer with other young people at his centre. He says his journey was very painful, but also empowering, as it made him the strong person that he is today. Kalombo reunited with his family years later, but he found it very challenging to build a relationship with a family that he did not really know well.

Telling his story helped Kalombo to address his feelings and to break out of his shell. He was forced to be vulnerable, and to tell his story even though he considers himself an introvert. It helped him find his voice.

Our Stories by Mamelani Projects is written with the intention of creating a platform to inspire the youth, especially those who are placed in child and youth care centres.

The book contains the stories of 10 resilient young people from various child and youth care centres around Cape Town. They share stories of struggling to find an identity, transitioning from the centres to the real world, the pressures of being a teenager, having to adapt to a new language, yearning for a sense of belonging, and building trust. They hope that by sharing their stories, other young people who are experiencing common challenges will know that they are not alone and that they can overcome tough times.

The young people featured in the book are all beneficiaries of Mamelani Projects’ youth development programme.

Mamelani Projects is a non-profit organisation that works with six child and youth care centres in Cape Town in a three-year transitional support programme called the ProSeed Youth Development Programme.

The youth programme was founded in 2004 and named Project Lungisela, it was renamed to ProSeed in 2013. It now has three facilitators who mentor and guide the young people (as Mamelani staff members refer to them) 18 months before they leave the centres and 18 months after they have left the centres.

When child and youth care centre teenagers turn 18, they are obliged to leave and become independent. This often leads to feelings of fear and confusion, but it can also lead to change and exciting new times ahead.

Mamelani Projects tries to create an interdependency between young people from the six centres through ProSeed. These young people learn to rely on each other, forming relationships with other teenagers with whom they share common experiences, and receive mentoring from the programme facilitators.

“Trust is a big thing here; the young people come from different backgrounds,” said Abigail Hendricks, one of the facilitators for ProSeed.

The 10 young people told their stories in a workshop and stroytelling process to Hendricks, who recorded them in the book. The book is published by Mamelani Projects.

“We have to build very intimate relationships with them and be vulnerable, support them by revealing our own strengths and weaknesses. Some of them become mothers and fathers, some of them graduate from school, that’s why I like to see our relationship with them as a dance. You walk along with them, sometimes they teach you, sometimes you have to take a step back and listen to them, sometimes you lead, it’s very spontaneous.”

Teenagers who have grown up in child and youth care centres are often perceived in a pitiful light as they have gone through trauma, but Mamelani Projects believes in celebrating the positive. They mark moments by celebrating when one of the young people gets an ID, passes a driver’s licence test, goes to their matric dance or gets acceptance into university. They support the young people through their life journey.

Some join the centres from a very young age, even infancy, so they often struggle to develop relationships and feel oneness within their communities, so the programme assists in improving those bonds and ties.

The transitional programme consists of one-on-one and group sessions. The one-on-one sessions are individually arranged between the young person and the facilitator and can be one to three times a month, depending on what the young person is going through at the time.

The group sessions, on the other hand, are usually held once a month on a Saturday when the young people from the six centres participate in engaging activities that are physical and trust building. They have conversations on identity, language and relationships, they discuss pressures that the teenagers are exposed to and the facilitators direct them towards study and career opportunities available.

“We like to use a strength-based approach. We use what already exists on the insides of the young people. We believe that they come with skills and talents and we help them discover and develop those. This is a three-year process so we definitely don’t use a quick-fix approach,” said Hendricks.

“So, for example, if someone wants to get an ID, you go with them to (the department of) home affairs and stand in the line with them. If they want to learn to drive, you tell them, come, get in the car and drive up the road,” Hendricks said.

Lewis Kalombo, who joined Mamelani Projects seven years ago, has recently been offered an internship opportunity as a programme beneficiary. He is very excited to receive the opportunity to mentor the youth as a ProSeed facilitator.

“I was once where they are now,” he said.

He has aspirations of opening up a coffee shop with his friend Nelson Lotrin soon.

Nelson Lotrin went to church with his mother one day. She dropped him off at his best friend’s house and never came back. Nelson talked about the trauma of dealing with that abandonment and growing up in a community where many young men do not have fathers in their lives. 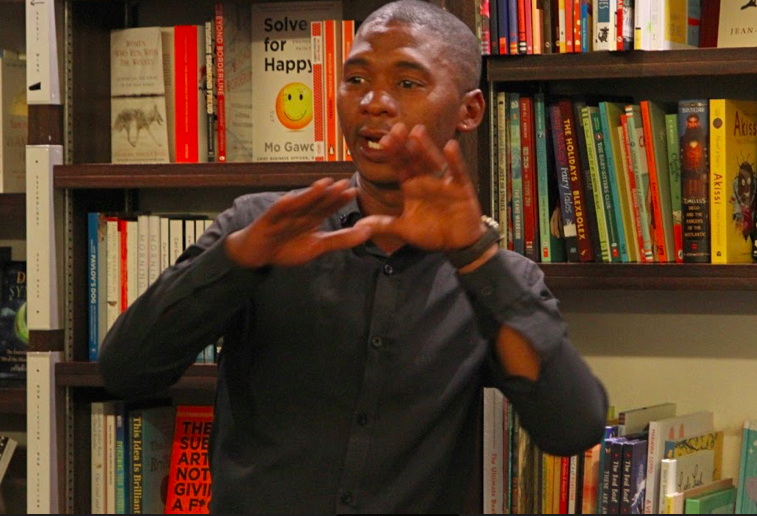 “I dreamt for a better future for myself and forced myself to be positive even when I had nothing. That’s what has made me a better man today,” Lotrin said.

Among Kalombo and Lotrin’s stories is the story of a boy who learnt to read and write at the age of 16. Then there is another who found out on the day of the release of his matric results that his school was not registered and he had to begin his further education training all over again from Grade 10.

And another who is a first generation university student, a rarity in a family that expects women to aspire to be wives and mothers, and not be educated.

Another young woman gave birth to a beautiful baby girl without the support of the father, and now aspires to be a social worker and help teenagers who go through similar experiences.

And Phelokazi Tshemese, who gave birth to a beautiful baby girl without the support of a father and is now qualified as an auxiliary social worker. Tshemese wishes to study even further than her diploma so that she can qualify as a social worker and help teenagers who go through similar experiences. DM

Order a copy of Mamelani Projects (R180) by placing an order via email at [email protected] All profits will go towards printing more books for those who cannot afford to buy a copy. These copies will be distributed to child and youth care centres, local libraries and schools to inspire more pupils.