Writing the DA off – a massive political mistake 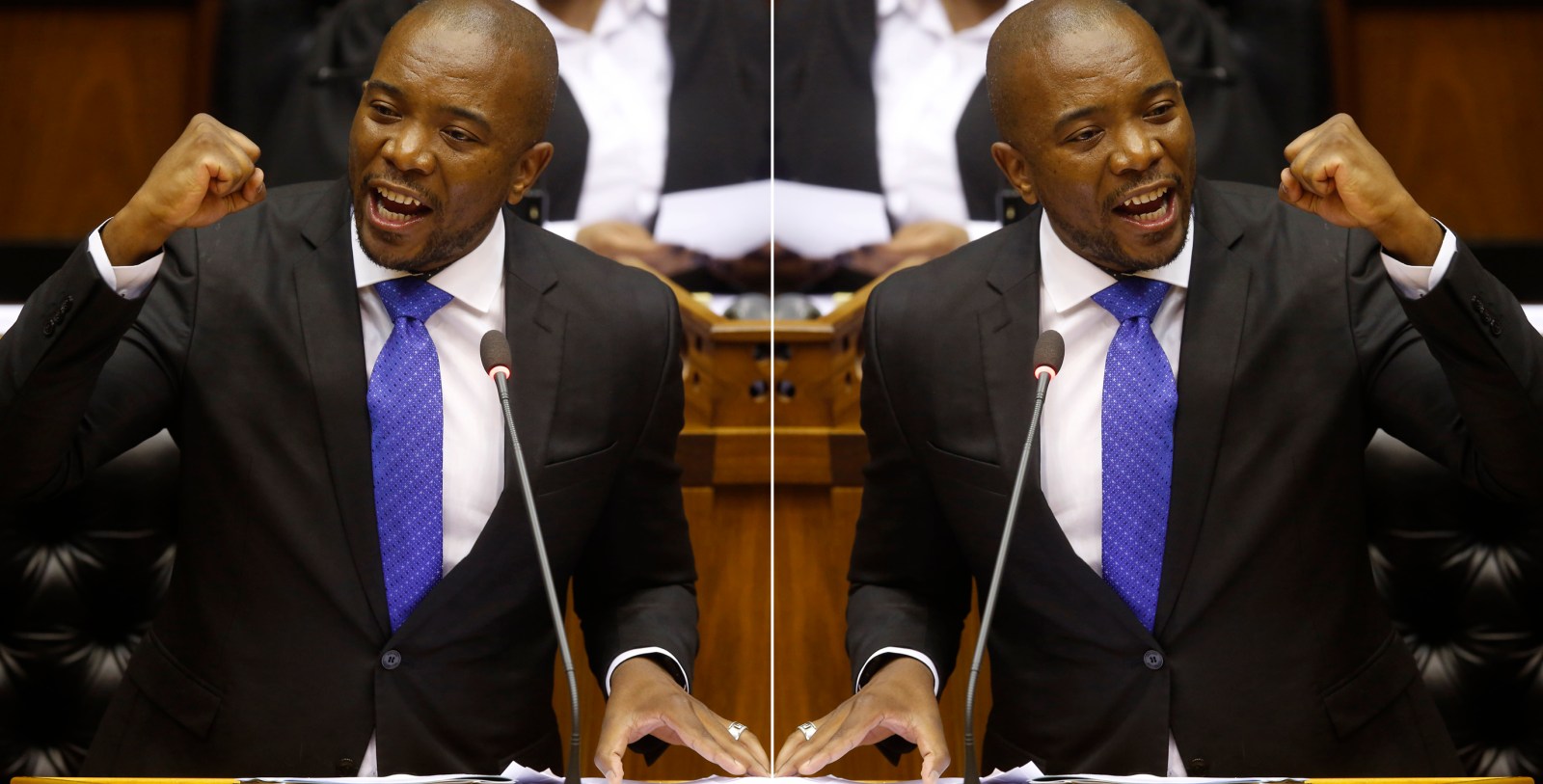 Leader of the DA (Democratic Alliance) Maimane Mmusi speaks prior to a motion of no confidence vote against South African President Jacob Zuma in a sitting of Parliament in Cape Town, South Africa 08 August 2017. EPA/Mark Wessels / POOL

It is no understatement to claim that the DA has had a bad start to 2018. Even the party’s best spin doctors would agree with that. There has been a parade of bad headlines, just as its arch-rival, the ANC, appears to be getting its act together. With probably around a year or so to go until the next election, there are many who are proclaiming, or advocating for, the end of the DA. While the party is certainly in a worse position than it was for most of 2017, it is also premature to write it off as a serious contender for significant political power, as it has what many other political parties lack: a core constituency.

The DA has surely never dealt with a situation as badly as it has with the Patricia de Lille problem. She is still the mayor of Cape Town, the first metro that the DA took control of. This is despite the best efforts of those in charge to remove her. The reasons for their demand that she leave office are still murky. They have not been made public, despite her repeated demands for an open and transparent disciplinary hearing. This means that despite what looks like a possible smoking gun against her (an SMS in which she appeared to tell a top official to disregard an entire selection process because she wanted a particular person in a particular position), she is being seen as the wronged party in this mess.

Of course, the other reason that this is the case is the fact that many of the DA’s detractors smell a racial motive to the desire to remove her. This obviously chimes with the lived experience of many, many people, as highlighted recently by the events surrounding Ashwin Willemse.

While the party’s critics have the right to their opinion, and to voice it, it can sometimes appear that a sense of proportion is being lost. De Lille may be the victim of bad treatment, and this might have been a mess, but its cost was nothing compared to what Zuma did to the country; removing him was messy as well. To say that the DA is a group of evil people because of the way it is treating this particular politician may well appear to deliberately ignore what the ANC did to protect Zuma.

There are plenty of people who hold significant power in government who did far worse in his defence (Bongani Bongo, David Mahlobo, Mosebenzi Zwane, Bathabile Dlamini, Nomvula Mokonyane, Faith Muthambi, etc all still represent the ANC in some capacity).

The height of the bad publicity was possibly the publication by City Press on Sunday of a claim that the DA was going to split, and that some of its senior members were going to start a “liberal” party. The paper also said this was part of a much bigger division over issues of race and transformation. However, later that day, some of the people accused of wanting to start such a party tweeted their denials of this, and asked why the paper had not included their on-the-record denials which had been given before publication. The other question that has not been answered is why would people who had spent much time in politics think that a new “liberal” party would make any impact whatsoever. Some of them would have been in the DA when it received 1.73% of the vote. They would certainly have no wish to take themselves back there.

All of this taken together has led some to suggest that the DA is about to enter a new phase in which it becomes significantly smaller than it is now.

Some of this is obvious. Considering that most parties have what you could call a pool of potential voters, a group of people who could conceivably vote for the DA, it is obvious that the DA has recently been able to get most of their pool out to vote for them. The results in Tshwane and Joburg in 2016 appear to have been the result of potential ANC voters staying at home while almost all of the potential DA voters turned out. That of course was because of then president Jacob Zuma. One of the problems that the DA has is that some of their potential voters are actually more attracted to President Cyril Ramaphosa than to its leader Mmusi Maimane. This means, on the evidence that we have, that the DA would possibly get fewer votes in 2019 than it did in 2016, or during the last national elections in 2014.

In addition to this, polling data over the weekend showed that 79% of registered voters believe Ramaphosa is currently doing a good job in the ANC. This also suggests the DA is under more pressure than it has been.

However, that is not the end of the story. The elections will not be held tomorrow, they will only be held in 2019. Yes, there are those who claim Ramaphosa should go to the polls now, but that could be very damaging for the ANC. It needs time to clean up the mess in North West, where it appears Supra Mahumapelo could cost it significant votes. At the same time, there is not yet political stability within the ANC, or in most of its factions in KwaZulu-Natal. The rate of political murders there at the moment is too alarmingly high to even consider gunning for a national election. Never mind that the ANC could lose a significant number of votes there because its biggest vote-getter in that province is no longer in office.

This means that there is still some time before Ramaphosa feels safe enough to go to the polls. And that means that the DA has some time to correct itself, and to sort out the messes that it has created.

It should also not be forgotten that the DA is unlikely to campaign hard against Ramaphosa himself in 2019. They’re not that stupid. Instead, they are likely to campaign against Deputy President David Mabuza. It is entirely possible that he ends up on every DA election poster in the suburbs. And that those could be interspersed with reminders of some of what has happened around Secretary-General Ace Magashule and others.

At the same time, the DA also has another person to campaign against, in the form of the EFF and its leader Julius Malema. The more Malema is perceived to be taking aim at white people, the easier it becomes for the DA to get the suburban voters to go to the polling stations.

Then there are the DA’s real core strengths which are likely to help it retain its place as the official opposition. The DA has organisation, structure, and money. These are the key things that political parties find difficult to manage. The ANC’s problems with structure are legion, every single fight around political position is testament to that. In terms of organisation, the DA tries to run a tight operation. And it appears to have enough money to keep itself going.

But the party also has something much more important than that: it has a core constituency, a group of people whose core political identity is to vote for the DA. These are primarily middle-class people living in the suburbs. Yes, many, probably most, are white. These people are likely to continue to vote for the DA, and to continue to turn out for the party, almost no matter what happens.

Just in the same way that some people used to lament how the ANC relied on “identity politics” to keep the votes of black people, so it will be the with the DA as well. Like all voters everywhere, the primary interest of this group involves keeping what they have and trying to make it easier to get more. It is right here where the entire land issue could keep some doors well and truly open for the DA.

All of that said, it also very clear that the DA does have job to do. On balance, the ANC is still likely to do much better in 2019 than it did in the local elections of 2016. Once it gets itself organised it is likely to run a very effective campaign. It may also claim to have regained its original legitimacy that it may have lost during the Zuma era. Considering the impact of the past on our present, this is likely to resonate strongly with many, or most, voters. This means that unless something dramatic happens, the ANC is still likely to be in the commanding political position after 2019. But the DA will still be the official opposition. DM