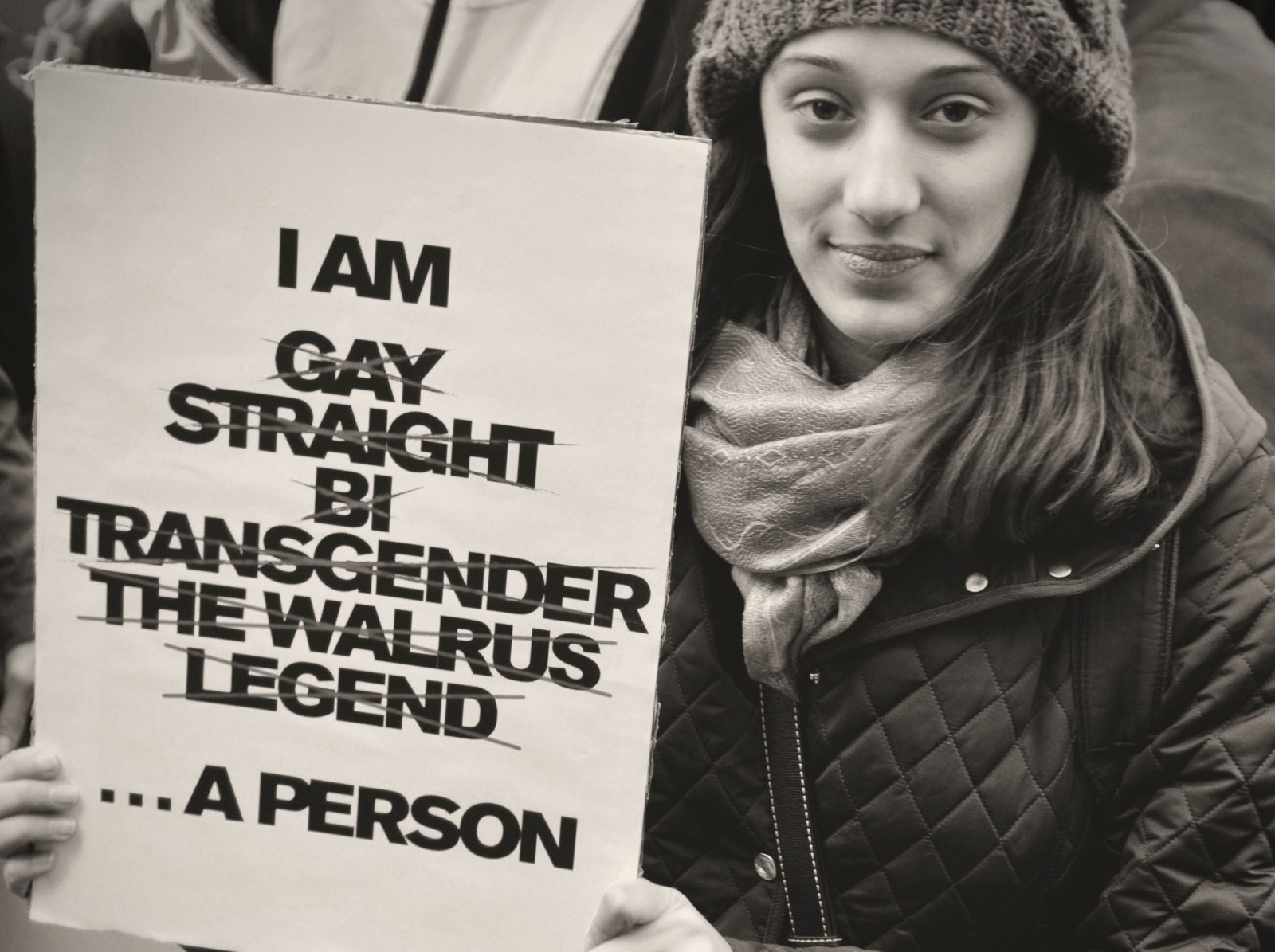 The case is about Ms J, a transgender woman, currently in the Helderstroom Maximum Correctional Centre in Caledon, Theewaterskloof. J was convicted and sentenced for murder in May 2013 for a period of 15 years. Although J identifies as female, she was placed in an all-male prison.

J alleges that she has been subjected to various acts of discrimination and harassment by correctional officials as a result of her gender identity.

J’s attorneys addressed several letters to Mr S (the head of Helderstoom) as well as the Department for Justice and Correctional Services in order to resolve her grievances, but nothing came of this.

For this reason, J lodged an application in the Equality Court setting out a case of unfair discrimination on the grounds of gender as well as “harassment” in terms of the Promotion of Equality and Prevention of Unfair Discrimination Act (The Equality Act). The application was brought against Mr S, the Minister of Justice and Correctional Services and the National Commissioner for Correctional Services. Gender Dynamix, a transgender rights advocacy NGO, has also been admitted as a friend of the court to make submissions to assist the court in making a ruling.

Although J was born anatomically male, she knew from an early age that she was a woman. J alleges that she was subjected to several acts of discrimination.

First, she alleges that her female clothing and make-up were confiscated.

Second, she alleges that when she confided in S by telling him that she was considering gender transitioning and exploring medical treatment he told her that he “would not have” her “looking like a woman”, because she is a man.

Third, officials have verbally abused her because of her gender identity and have refused to use the female pronoun when addressing her. J laid charges against some of these officials but nothing came of this.

J alleges that the conduct of the correctional facility officials is indirect discrimination on the grounds of gender. Indirect discrimination refers to rules that on the surface appear to be neutral but have a disproportionate effect on certain groups. So the current rules which deal with appropriate clothing and cosmetics for men don’t make sense for transgender female inmates.make

So J is asking that the state reasonably accommodate her gender identity by, among other things, allowing her to wear make-up and female clothing. Taking such measures will not cause any prejudice to the state, she argues. On the other hand, these measures will protect J’s fundamental right to human dignity and enable her to fully express her identity.

The Equality Act defines “harassment” as unwanted conduct which is persistent and humiliates a person on account of their gender.

J alleges that she was placed in solitary confinement after an altercation with S regarding her make-up during which he accused her of being rude.

During solitary confinement, several of S’s personal belongings were confiscated. Furthermore, she was told to write a report motivating why her hair should be kept at shoulder length in braids. She was also told that if the report was unsatisfactory, her hair would be cut off without her consent. J was placed in solitary confinement for as long as 17 days.

J explains how the solitary confinement she was subjected to did not comply with the substance or procedure of the law.

She argues it was unfair because she was not punished for violating a proper identifiable rule, but merely for expressing her gender identity. Procedurally, she argues it was unfair in numerous ways. For example, she should have been offered a hearing to refute the charges against her and should have been examined by a psychologist or correctional medical practitioner at least once a day. J alleges that none of these things happened.

For all these reasons, J argues that her solitary confinement constituted “harassment” under the Equality Act. Also, she alleges that it violated her constitutional right to not be subjected to cruel, degrading or inhuman punishment.

J wants the court to declare that preventing her from expressing her gender identity was unfair discrimination, and that her solitary confinement was harassment. She wants the court to order the prison to return her female underwear and make-up, address her as a woman through the use of the female pronoun, to not force her to cut her hair again, and not place her in solitary confinement again.

She also wants the court to amend the prison rules to allow inmates to wear “gender appropriate underwear”. Lastly, she wants the state to apologise for the suffering it has caused her.

All the respondents deny that J has been subjected to any harassment or discrimination because they regard her as a male inmate. This is because her ID document identifies her as male, she was convicted and sentenced as male, and anatomically she presents as male.

The respondents argue that the reason that female prisoners are separated from male ones is to combat gender-based violence and protect female prisoners from harm. For this reason, they argue that allowing J to express her gender identity (as a woman) will pose a significant risk to her safety. They also argue that it will be impractical to put measures in place for correctional officials to protect her if she expresses herself as a woman.

They also say that until J undergoes surgical or medical treatment to ensure that anatomically she presents as female, she must be kept in a male facility.

The respondents deny that J was placed in solitary confinement at all. Instead, they argue that she was merely “separated” from other prisoners and this was for her own safety. To support this argument, they point out that the majority of prisoners at Helderstroom are male prisoners many of whom have committed violent crimes. They argue that because J portrays “feminine characteristics” she is likely to be abused by her fellow inmates.

Gender Dynamix, an organisation that campaigns for transgender rights, was admitted as friend of the court. Its submission deals with the special circumstances that transgender people have to deal with.

Gender Dynamix explained “gender dysphoria”. This is discomfort between a person’s sex assigned at birth and their gender identity. If untreated, gender dysphoria can have significant mental health implications.

There are at least three treatment options available. First, there is “social transitioning” where you are allowed to live in accordance with your true gender identity. This would mean allowing you to alter your physical appearance using clothing, cosmetics and toiletries commonly associated with a particular gender.

The second option is hormone replacement therapy to help alter your body to be more closely in line with your gender identity. This treatment is a lifelong commitment if you wish for the effects to remain.

The third option is gender affirming therapy. This is surgically altering your sex organs. Gender Dynamix said that while this may be the most desirable option, many people may not choose it because it is expensive and some of the procedures are life-threatening.

Importantly, argues Gender Dynamix, each person must be allowed to alleviate the symptoms of gender dysphoria through their chosen method. There is no one-size-fits-all solution.

Gender Dynamix also made legal submissions. It highlighted the international law obligations that states have towards transgender people. A transgender person may not be denied the right to express their gender identity merely because they have been imprisoned. Also, transgender inmates have a right to be protected from discrimination and abuse from other inmates and the state.

The first is to allow transgender inmates to express their gender identity regardless of being housed in a male or female prison.

The second option is to detain transgender inmates based on their self-identified gender, not the gender assigned to them by the state.

Gender Dynamix argues that these options show that there are many ways for the state to comply with its constitutional and international law obligations towards transgender inmates.

This case highlights the plight of transgender inmates, who are a particularly vulnerable group in our society. The court will have to consider the reality of homophobic and transphobic attitudes in our society despite the constitutional promise of equal rights for all. The case is novel and will have implications for the treatment of transgender people in South Africa not only in the prison system but across society. A court date has not yet been set. DM