To Kill a Mockingbird: Making malice out of opportunity, guilt out of accusation 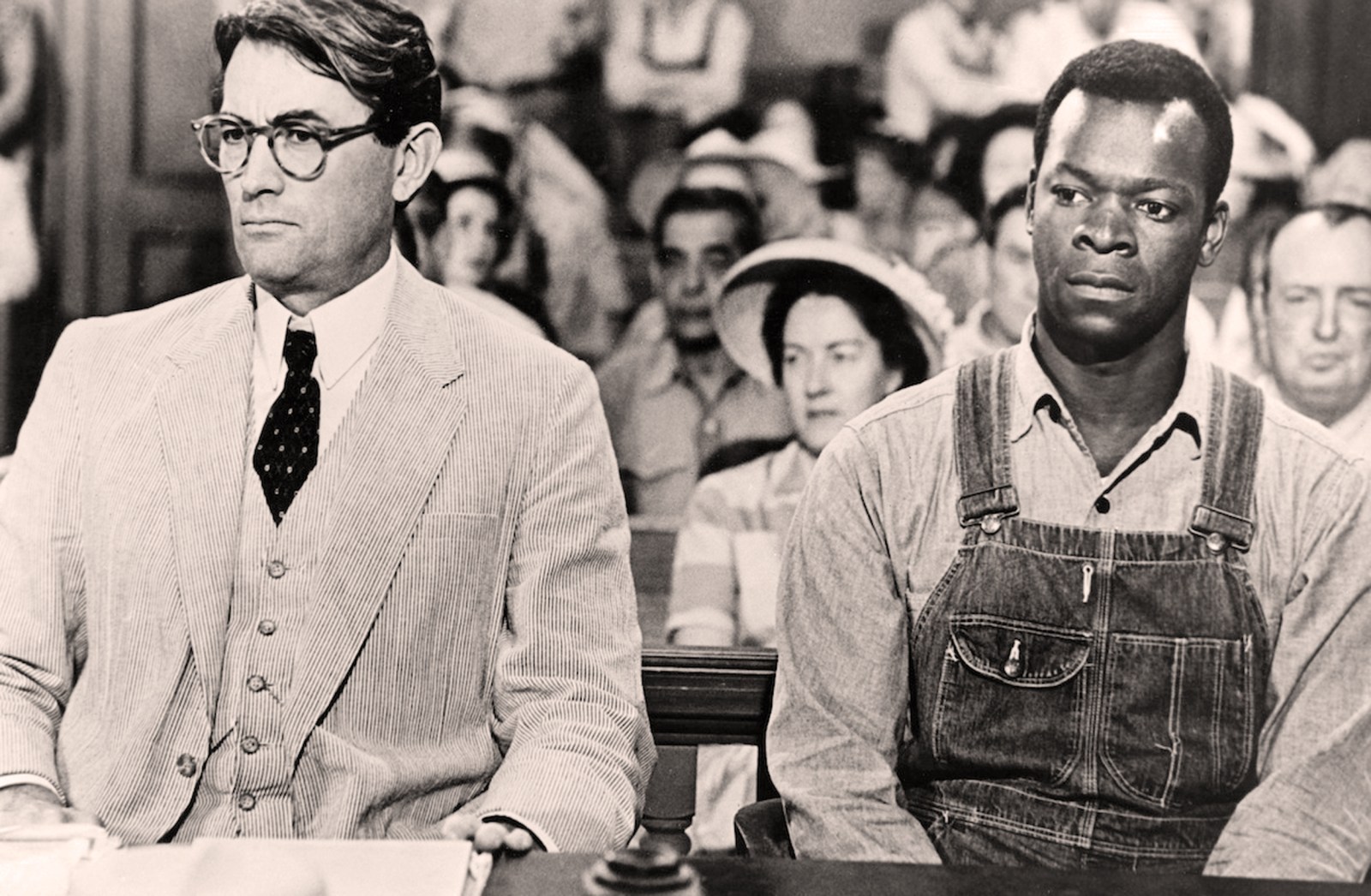 Maycomb, Alabama is really Anywheresville, Anywhere. It’s where Harper Lee’s seminal novel To Kill a Mockingbird is set, where we first meet Atticus Finch, Jem and Scout, where we wonder about the invisible Boo Radley, and where the subsequent film (1962) unfurls this unsettling but beautiful story. You’ll find it through a Netflix title search.

‘Tis a sin to kill a mockingbird… ‘cos mockingbirds don’t do nothin’ but make music for us to enjoy.’

Harper Lee’s To Kill a Mockingbird allows us to be a fly on the wall of another small town, called Maycomb, and to watch as one of literature’s most poignant, disturbing yet strangely beautiful stories plays out. The story of Atticus Finch, his tomboy daughter Scout and son Jem, and their coterie of neighbours, friends and enemies. And, somewhere out of sight, of Boo Radley.

Such a small town holds the facility to make malice out of opportunity, fact out of conjecture, and guilt out of accusation.

There’s a man in my small town who, in my hearing and to my face, referred to our local municipality as the “monkeypality”. There was no consideration that this might be inappropriate, and unwelcome. This is a thing that happens among white people, when the eyes and ears of “others” are presumed not to be present and therefore it’s “safe” to say whatever you want, to whomever you might happen to be talking, under the assumption that this is how “we” all think. This in itself is worrying, because it’s impossible to know just how many or what percentage of people think like this, and make such a presumption, yet for all we (and they) know it might be a very rare thing, or horrifyingly prevalent.

In my small town, this is a rare exception and far from the norm, because the more time you spend in a community the more of a feel you get for the soul of the place and its people. The town is Cradock, and it is a place that was not a bastion of the Struggle for nothing. I for one turn my back on a man who would equate (and we know he means black) council officials with “monkeys”. Being ostracised is the least such people deserve, yet they live and fester among us. Such people are a disgrace to everything the Cradock Four stood for and died for.

To Kill a Mockingbird ought to be compulsory viewing for such people, anywhere and everywhere. You cannot watch it and not come out the other side without having learnt something about race (and human) relations. Not with any kind of propaganda, but with a reasoned and measured story, so beautifully told by writer Harper Lee and so faithfully brought to the screen in (somewhat appropriate) black and white by director Robert Mulligan.

Interestingly, the film was produced, in 1962, by Alan J Pakula, who later became the director of such acclaimed movies as Sophie’s Choice, All the President’s Men and Klute. It won Gregory Peck an Oscar for his wondrously studied and nuanced portrayal of Atticus Finch, one of the great wise characters of the movies and of literature.

Clip: What Kind of Man Are You?

And the film, unlike so many books born of novels, is painstakingly observant of the original story, so much so that you’re virtually reading it as you watch.

The fact that the story’s central character is virtually never seen is remarkable and astonishing considering how prevalent Boo Radley is to the entire thing. You may think at one point that Atticus Finch is at the core of it all, and he is though he isn’t really; that Tom Robinson is the heart of it all, which in a way he is although he isn’t really; that Scout or Jem might be at the helm of it all, even though they are really observers and learners, young kids being shown by a writer what life is really like, what people can be like and can do if unfettered or unlearned. But it is the unseen (mostly) Boo who is the true centre of the story.

Everything in To Kill a Mockingbird links in one way or another to misconception and conjecture, informed and fed by prejudice and distrust of “other”.

I fell into conversation with the schoolboy son of friends a while back who had started reading the novel as a school set work and asked him what he thought of it. He replied that it was interesting but “very racist”. But he was only a chapter or three in and had yet to read the whole story and reach the point of the racial references. And understand as he ultimately did that the story is not racist but quite the opposite, that it exposes racism by displaying it. He reminded me of Scout and Jem, sitting with “the coloured folk” in the upstairs gallery of the courtroom when their father is defending Tom Robinson on a rape charge, their eyes wide as they begin to understand the ordeal of the man in the dock and see how the twisted manipulations of some of the town’s white folks can determine the fate of a man so palpably innocent. The sight of young minds opening up to a world greater than any they have known or could know.

Clip: The Children Save Atticus

This brought to mind the experiences of white people around the braai fire in more conservative white communities in South Africa, where white men turn the chops and wors while openly muttering the “k” word, again not considering that some ears present might be offended. You’re white, obviously you’re like that too. The context here, though, is not that it is prevalent; this is something I very rarely encounter, even in my own predominantly Afrikaans and conservative community. Far from it, the kids and grandkids of these families have coloured and black friends and we see them everywhere we go. More so, dare one say, than in Cape Town.

If every verkrampte mind got just a soupcon of learning or wisdom from To Kill a Mockingbird, the world would be a better and more enlightened place the next morning.

The courtroom scene in To Kill a Mockingbird – and it remains one of the most compelling courtroom sequences in the movies – is not the story’s denouement but it is the core of the narrative. It is filmed in absolute silence other than the testimony and interrogation. Not a murmur by the rapt audience, no incidental music to rev up the tension. The tension comes out of the silent inquisition and the wonderment on the faces of the white folks downstairs and the “coloured” folks up in the gallery where, at the end of it all, after the court has cleared down below other than Atticus Finch collecting his papers, we look up and an elderly black gent has hurried Jem and Scout to their feet. “You’re father’s passin’,” he tells them as, alongside him, we pan back to see that everyone in the gallery is standing up. It’s a great moment among great movie moments.

Watching the courtroom scene, as South Africans who have seen and lived through what we have, and knowing what we know, is uncomfortably familiar and telling, what with the black man being tried by the all-white, mostly male jury. And the supposed victim being a white woman, and a simple one at that, so there is a further element of supposed sympathy. What chance does poor Tom Robinson have? It brings to mind Jou Onner, a song by the vastly underrated South African singer-songwriter Coenie de Villiers based on lyrics by Pieter-Dirk Uys, about a simple coloured man in the dock who knows he’s going down, because everything is stacked against him; it matters not whether he is innocent. He’s coloured, and little else seems to matter. “You honour, ek’s die donner wie se naam daar op daai form staan…” (Your honour, I’m the scoundrel whose name is on that form.)