SA is at a turning point – pessimism is a problem 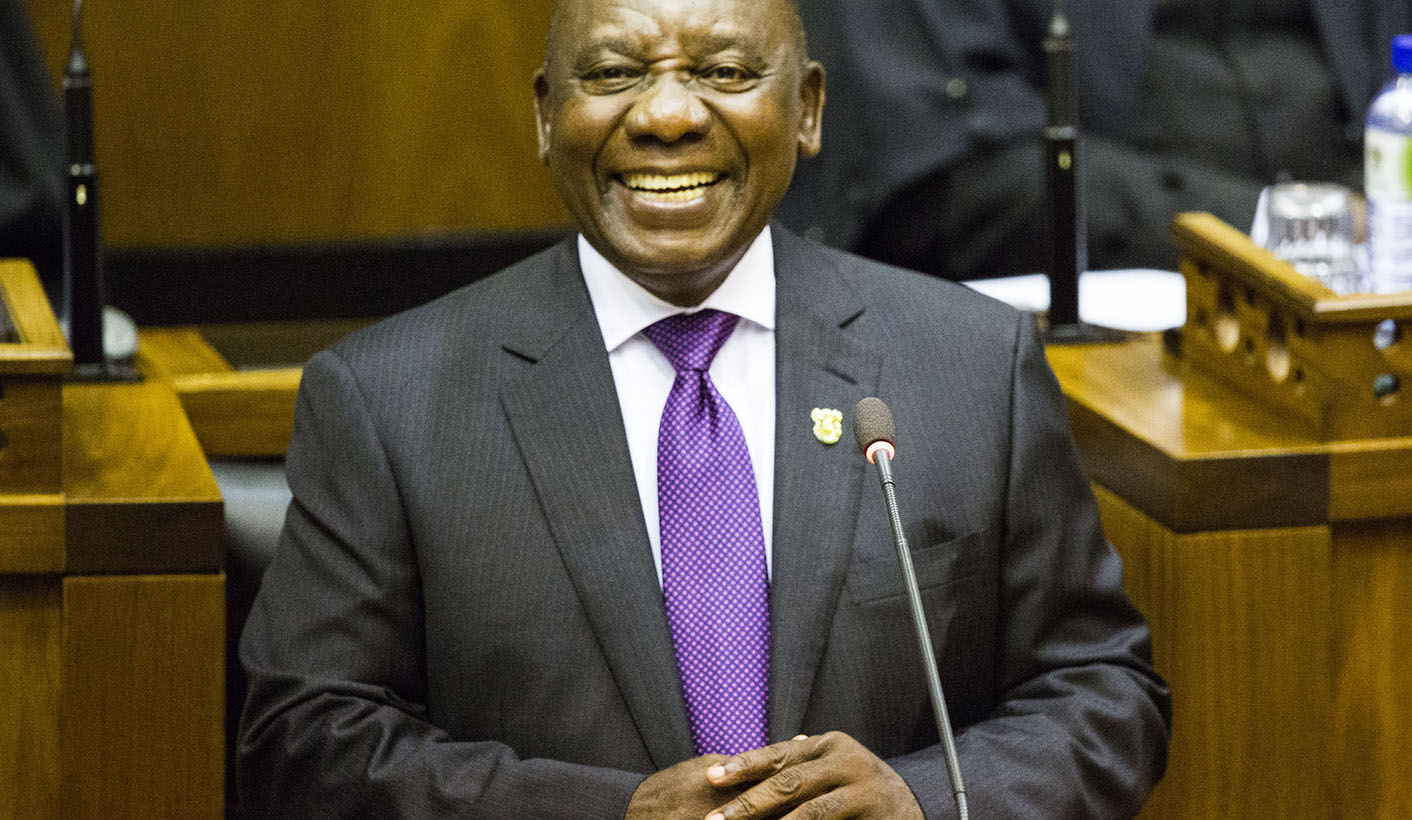 President Cyril Ramaphosa delivers his maiden State of the Nation address in Parliament on 16 February 2018. Photo by Leila Dougan

South Africa is right now at a critical turning point, and included in the challenges the country faces is the debilitating effects of hopelessness and pessimism. Among the problems of corruption, state capture and depletion of the national fiscus left by the years of Zuma’s rule, South Africa has also inherited a loss of faith in leadership and what amounts to a national pessimism.

The ANC seems anxious to leave all Jacob Zuma’s wrongdoing in the hands of the courts. Clearly it does not want to engage in public condemnation of his actions as President to avoid schisms in the movement and antagonize his supporters in the run up to the general election.

However, this does not preclude due recognition of the harm Zuma’s rule did to the morale of the country. Especially in his last years as president, pessimism and cynicism became pervasive as South Africans all over the country came to doubt any prospect of improvement in the economy, our education system, the capability to control crime, and so much else. Race relations deteriorated as narrow black economic empowerment was pursued as the solution to so many problems.

So it is quite remarkable that the election of Cyril Ramaphosa seems to have been a turning of the tide against defeatism. It is early days indeed and there is much caution in the positive comments being made about his performance, but it has to be acknowledged that his speeches hark back to the traditions and values of the Oliver Tambo and Nelson Mandela eras.

In those days, ANC members and supporters were proud of their identity and there was worldwide appreciation of what the anti-apartheid struggle stood for. And this positive mood was hugely reinforced in the first years of our democracy. It was astonishing to see how so many people, including former segregationists, rallied behind Mandela, wanting to give this grand social experiment a chance.

Looking back, one is reminded how important it is for a nation to believe in itself and espouse values that transcend the immediate concerns of its citizens. Indeed we have seen many instances of countries rising to deal with major challenges, whether they be a call to war or dealing with some natural calamity, if such a call is seen to be worthy and deserving of wholehearted support.

We have seen such moments in our own history and the Mandela moment was but one of them.

The point is that in a country faced with such serious schisms as ours, the decline in belief in possible remedies becomes a huge problem and is self-defeating.

And this is Zuma’s legacy. Even though all this lies in the realm of psychology and philosophy, it takes on material form and has real and lasting effects.

Post 1994 most South Africans understood and accepted that the historically disadvantaged had to be given special recognition and support in every way. Apartheid was a dirty word and new social and economic relations were on the agenda.

But slowly this just and equitable principle became distorted to reflect personal greed and hunger for power. Individual interests displaced public interests and it seemed to matter less and less how individuals climbed the ladder to wealth and status.

It is going to take enormous effort and wisdom for Ramaphosa and his associates to turn this around.

We see a similar phenomenon in Donald Trump’s America. His flamboyance, his disregard for formal process, his erratic decision-taking, all undermine long traditions of democracy, even if they were deeply flawed.

And so the US is reeling from idiosyncratic conduct by its all too powerful president, and its sense of national purpose is failing. Unfortunately, the disarray in the wake of Trump’s performance has yet to find a positive expression.

We are left to reflect on the fate of nations which lose their rudder and moral compass. South Africa has immense problems. That is a given, but it has shown that it can also rise to the occasion behind good leadership. DM

Professor Ben Turok is Director of the Institute for African Alternatives. This article first appeared in the latest issue of New Agenda

New Agenda: South African Journal of Social and Economic Policy will be available in stores in June