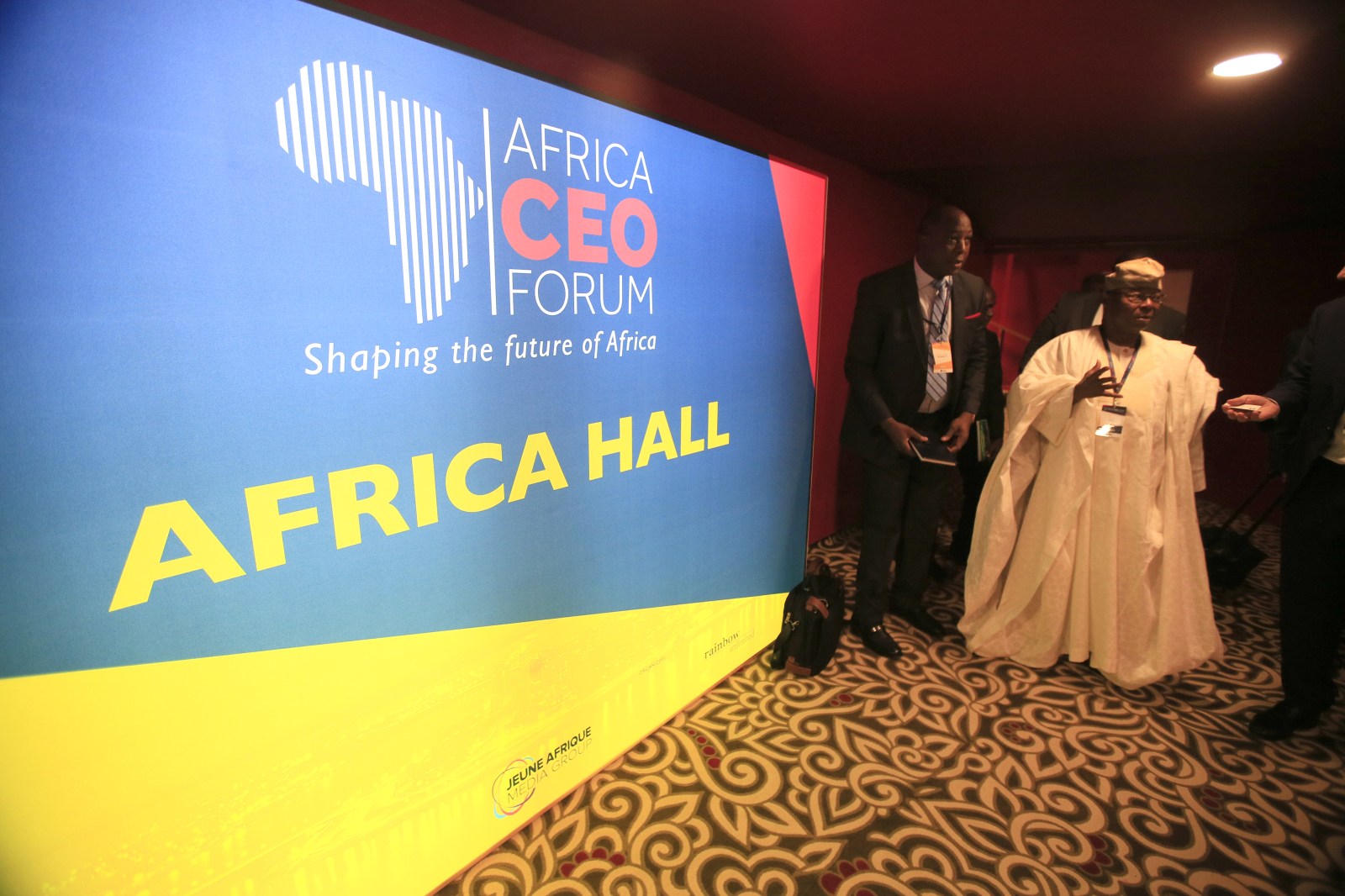 The 6th edition of the AFRICA CEO FORUM 2018 in Abidjan, Ivory Coast, 27 March 2018. The Africa CEO Forum is an annual meeting of African and international business leaders, investors and policy makers. The event brings together, each year, more than 1,200 experts to debate and discuss issues affecting the economic development of Africa. EPA-EFE/LEGNAN KOULA

Africa should follow the tried-and-tested route of using manufacturing to achieve growth.

If Africa is to accelerate its economic growth rapidly enough to absorb its huge unemployed pool and reduce poverty, it will first have to abandon two comforting myths.

First, that it can leapfrog the manufacturing stage of economic development that all other successful parts of the world have gone through, and largely rely on growth in the services sector. Second, that the continent’s fast-growing population is an advantage over the rest of the world.

Jakkie Cilliers, head of African Futures and Innovation at the Institute for Security Studies (ISS) in Pretoria, dashes these false hopes in two new reports that were debated at a seminar at the ISS this week.

Made in Africa argues that sub-Saharan Africa will have to follow the tried-and-tested route of evolving a significant manufacturing capacity if it is to accelerate economic growth. Cilliers noted that ‘it’s Economics 101 that countries evolve their economies by progressing from agriculture to manufacturing to services’.

However Africa is following a different trajectory, bypassing manufacturing by going straight from agriculture to services. Cilliers warns that this is a false detour that doesn’t address Africa’s economic problems and may in fact be exacerbating them.

In the report he says that sub-Saharan African economies are shifting from low-productivity agriculture to only slightly more productive employment in services, mostly informal retail and wholesale trade. The productivity of these new services workers is low, Cilliers writes. And the shift may even be reducing growth because the informal services sector is absorbing so many workers from other, more productive sectors.

Leapfrogging does present an opportunity for Africa, Cilliers says. But only to the extent that the Fourth Industrial Revolution –“the fusion of technologies that is blurring the lines between the physical, digital, and biological spheres” as the World Economic Forum defines it – may allow Africa to bypass some of the associated infrastructure needs such as electricity supply.

Kenya, for example, is leapfrogging the need for an expensive national electricity grid fed by large power stations by opting for decentralising electricity through “mini-grids” that largely rely on renewable energy.

But manufacturing itself, as a necessary stage of economic development, cannot be bypassed because of its importance in transforming African economies to achieve greater productivity.

Cilliers even suggests that the traditional economic development path from agriculture through manufacturing to services should be amended to put manufacturing first because “beyond a basic, subsistence level of development, industrialisation determines agricultural efficiency and expansion and even the development of high-value services”.

Cilliers likewise also turns on its head the popular notion of beneficiating Africa’s natural resources as a means to kick-start a manufacturing sector. ‘Initial industrial development facilitates value addition to raw materials rather than the other way around,’ he says.

He of course fully acknowledges that developing the manufacturing sector will by no means be easy for African countries. Some believe it will be impossible because Africa lacks the necessary infrastructure and skills. But Cilliers dismissed these as excuses, noting that the Asian tigers also lacked these when they began their spectacular manufacturing booms from the 1960s onwards.

It would take immense effort to create a viable manufacturing sector, but it could be done, mainly through the guidance of committed governments employing a range of policies such as special economic zones and appropriate incentives.

An aggressive Made in Africa strategy by sub-Saharan African governments would boost average annual per capita incomes of low- and middle-income countries by 44% above those likely to be achieved if they remained on their current economic pathway by 2040. For upper-middle-income countries, the boost would be slightly less, 39% above the current business-as-usual trajectory.

Cilliers was also sceptical about another popular notion – that Africa’s booming population, expected to double by 2050 from its current 1.26 billion to 2.56 billion – necessarily offers the continent a “demographic dividend”. Certainly, many countries are eyeing Africa as the consumer market of the future because of its mushrooming population.

Simplifying the complex calculations in this report, the demographic dividend (or the ‘demographic window of opportunity’) may be said to open for a country when its median age is between 25.5 and 41 years. In very youthful sub-Saharan Africa the median age, however, is only 18. Only Mauritius, Seychelles, South Africa, Tunisia, Morocco, Libya and Algeria have median population ages above 25.5, the report notes.

The result of these demographics is that most African countries can’t benefit from the continent’s booming population because they have “too few persons of working age compared to its many children to rapidly increase incomes”.

The report also points out that typical fertility rates for countries that enter the demographic window of opportunity are 2.8 children per woman or less. The rate for sub-Saharan Africa is now 4.8 children per woman, probably reaching 2.8 only in 2052. This means on current trends, Africa as a whole is more than three decades away from entering the demographic window of opportunity.

Cilliers notes that increasing female education is widely considered the most important way of diminishing fertility rates. But this will take too long for Africa and so he advocates additional measures through which the continent can accelerate its transition to lower birth rates.

Access to modern forms of contraception and provision of basic healthcare must be increased, he says – although evidence shows that less educated women are less likely to practice contraception.

And even when African countries do enter the demographic window of opportunity, they will require aggressive investments in education, skills, infrastructure and the sort of structural economic transformation spelt out in the Made in Africareport. This will ensure those large work forces make a significant dent in unemployment and poverty.

“The rapid growth of Africa’s population presents more risks than opportunities in the short, medium and even longer term,” he concludes, pointing mainly to the danger of social unrest posed by large numbers of restless, unemployed youth.

But it does mean that African countries and particularly governments can’t afford to sit back and hope that either global economic trends or demographics will determine the continent’s future. They will have to very aggressively tackle those problems themselves. DM