Rich and going to prison? Welcome to the hospital wing 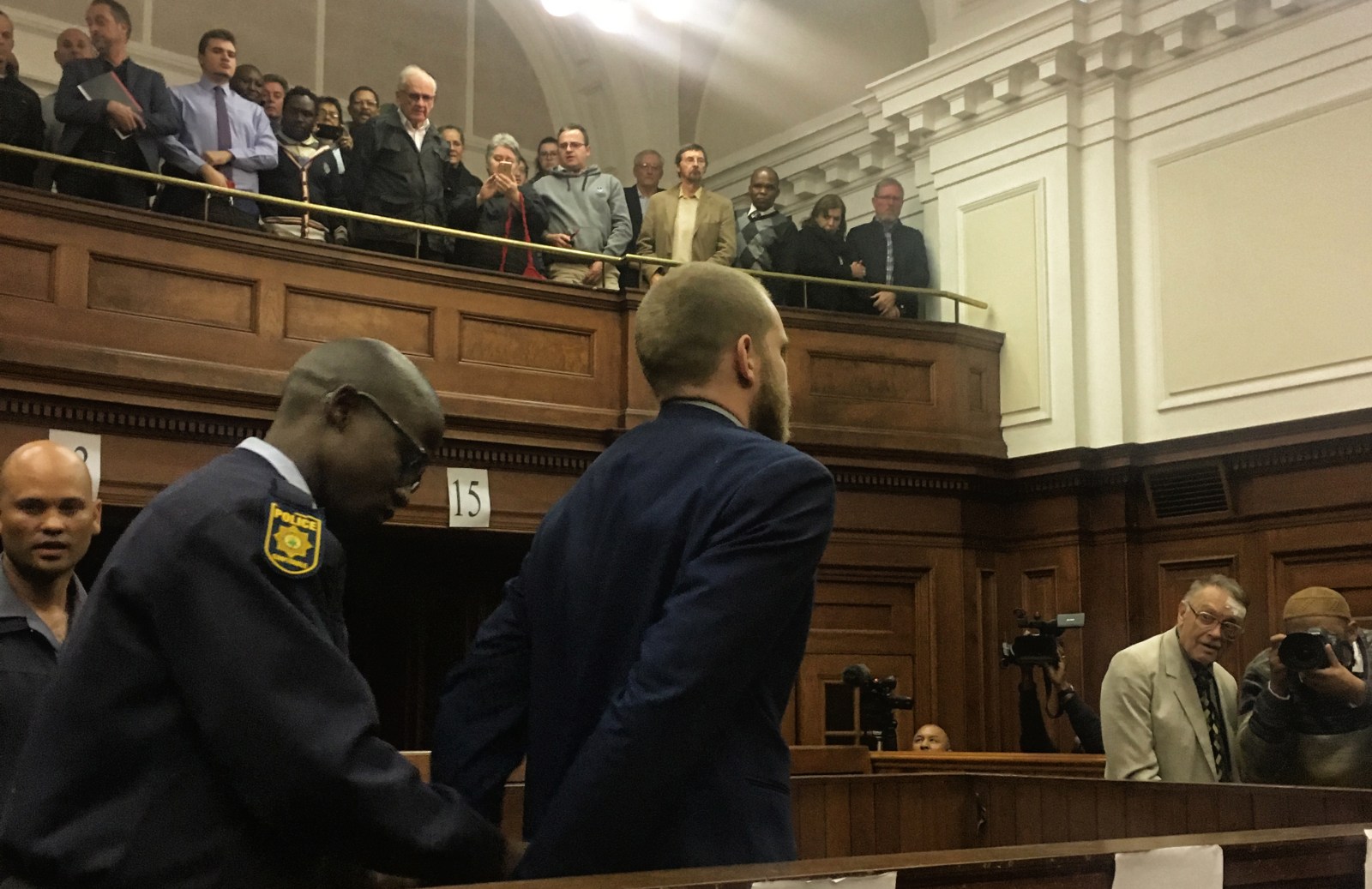 What do Schabir Shaik, Oscar Pistorius, Radovan Krejcir, Tony Yengeni and now Henri van Breda have in common? They have all been high-profile inmates of South African prisons who have been kept in the hospital wings of jails rather than in the general cells. This is despite the fact that, in some cases, their medical conditions have seemed relatively trivial. Meanwhile, less privileged prisoners often struggle to get medical attention even when they desperately need it.

When convicted axe-murderer Henri van Breda was found guilty in the Western Cape High Court on Monday, it took no time for his lawyers to begin manouevres to try to keep him out of prison – or, at the very least, out of the general areas of prison.

If Van Breda had to be taken to Pollsmoor Prison, advocate Pieter Botha said, he should be held in the hospital section of the jail.

Appealing to the judge’s knowledge of prison conditions, Botha argued:

“The accused is on chronic medication for epilepsy and depression… The possibility of awaiting-sentence prisoners to have access to medication is very difficult.”

Though prosecutor Susan Galloway said that the state had no objection to the proposal that Van Breda be kept in Pollsmoor’s hospital wing, Judge Desai said he was “concerned about the suggestion”. Nonetheless, he agreed that Van Breda could be detained there “subject to you providing adequate medical certificates”.

Botha committed to providing the necessary medical certificates, but said it would take at least four days to do so.

And so Henri Van Breda was taken off to the hospital wing of Pollsmoor Prison – despite appearing to be in generally robust physical health. Since the murder of his parents and brother in 2015, Van Breda has undertaken a cooking course, embarked on a new relationship, and been spotted walking on the beach and travelling to visit family.

The notion that Van Breda might be epileptic was only raised at the point of the trial when the defence was attempting to account for a two-hour and 40 minutes delay between the murders being committed and Van Breda phoning for an ambulance. It was then suggested that Van Breda suffered from previously undiagnosed epilepsy and had endured a grand mal seizure rendering him unconscious for this period.

Van Breda now joins a list of rich or powerful inmates who have found their way into medical facilities or the hospital wings of local prisons rather than the general cells.

After being extradited from the UK to stand trial for engineering the murder of his wife Anni, Shrien Dewani was kept at the Valkenberg Psychiatric Hospital for the duration of his trial in 2014 despite protests that he should be detained at Pollsmoor. There was no consensus on Dewani’s condition: a Valkenberg psychiatrist told the court that Dewani was not depressed, while a private psychiatrist diagnosed him with a “panic disorder, post-traumatic stress disorder and a mood disorder”.

Convicted fraudster Schabir Shaik was held in the hospital section of Qalakabusha prison in Empangeni after being sentenced to jail in 2007, and was also allowed to spend time in a private hospital after being diagnosed with illnesses including “depression, high blood pressure and a mild stroke”. He also had surgery to deal with some gum abscesses in his mouth. When he was briefly re-arrested in 2011 for parole violations, Shaik was held in the hospital wing of Westville prison.

ANC veteran Tony Yengeni, who ended up in prison for just four months in 2007 for corruption, was moved to the hospital wing after complaining of hay fever.

Disgraced national police commissioner Jackie Selebi spent his time at Pretoria Central Prison in the hospital wing before being released on medical parole in 2012 after reaching a stage of renal disease which prison officials described as “terminal, chronic, progressive and has deteriorated or reached an irreversible state”. (The Correctional Services commissioner at the time? One Tom Moyane.) Selebi lived for three further years.

Czech fugitive Radovan Krejcir was kept in the hospital wing of the Kgosi Mampuru prison due to suffering “kidney problems” – before being moved out when rival gangster George Louca, who had lung cancer, was moved in.

As a double amputee, Oscar Pistorius had a more reasonable claim to the hospital wing, where he began his sentence at Kgosi Mampuru (and where he was captured on video enjoying a game of soccer with Krejcir). Since then, however, he has been moved to the Atteridgeville Correctional Facility. A British newspaper reported in January that Pistorius’ cell has an en-suite bathroom and he is allowed to grow his own food in the gardens. Despite the violent nature of Pistorius’ crime, he was moved there after being assessed as “low risk”.

But for less high-profile prisoners, access to the hospital wing – or any kind of medical attention – can be hard to secure.

“Access to medication and healthcare has been a constant issue, in that it’s lacking, and there have been a number of court cases around this,” the Wits Justice Project’s Ruth Hopkins told Daily Maverick.

When Constitutional Court Judge Edwin Cameron paid a visit to Pollsmoor in 2012, his subsequent report was scathing in this regard.

“Several interviewees complained of injuries and infections they have sustained that the medical staff have neglected,” it stated.

“Detainees pointed out visible injuries and infections to us. They claimed their ailments have not been attended to because they are not allowed adequate chance to see a doctor.”

Medicine shortages for serious conditions, including TB, were also reported.

The Department of Correctional Services was ordered to take decisive action – but it’s questionable how much things have changed.

“I went into Pollsmoor about two months ago and spoke to an inmate who was telling me it’s still the same: his cell mates are covered in boils and rashes, blankets are lice-infested, and some inmates are not getting access to HIV meds,” Hopkins says.

She says inmates also report needing to bribe a warder to gain access to the hospital wing.

Department of Correctional Services spokesperson Singabakho Nxumalo told Daily Maverick that when considering whether to place inmates in the hospital wing, prison officials consider “reports from specialists, such as social workers, health care practitioners, etc”, as well as the “risk factor”.

Nxumalo downplayed the idea that being placed in the hospital wing of a local prison amounts to special treatment.

“Critical to note is that a hospital wing is inside a correctional facility and the only difference is that it is designed to cater for inmates in need of medical care,” he says. DM