What is behind Mozambique’s growing number of assassinations? 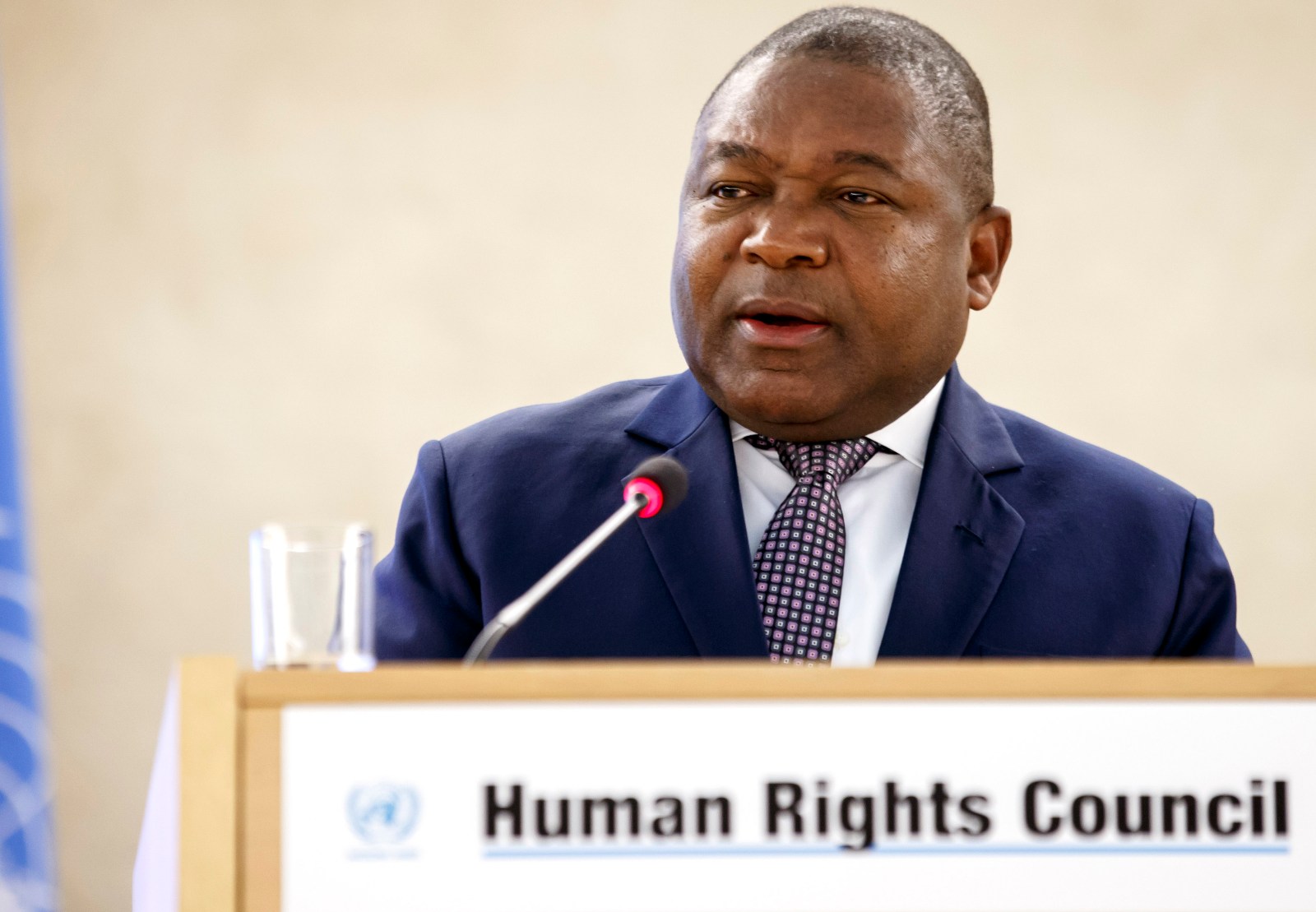 Filipe Jacinto Nyusi, President of Mozambique, delivers his statement, during the opening of the High-Level Segment of the 37th session of the Human Rights Council, at the European headquarters of the United Nations in Geneva, Switzerland, 26 February 2018. EPA-EFE/SALVATORE DI NOLFI

On 27 March, Mozambican journalist and activist Ericino de Salema was leaving the National Union of Journalists in Maputo when two men threw him into an unregistered Toyota. They drove out along the Maputo Ring Road to a spot in Muntanhane and assaulted him. A group of passing schoolchildren alerted adults and the attackers drove off before more damage could be done.

De Salema is a well-known figure in Mozambique: he regularly appears on the independent television station STV, where he voices criticism of President Filipe Nyusi for his alleged corruption and excesses.

The incident sparked angry condemnation across the country. There were calls in parliament for the police to arrest the attackers. The head of the country’s media watchdog reportedly told a press conference: “The perpetrators of this crime acted in broad daylight and on the public highway, which expresses a certain sense of impunity.”

But amid all the anger, there was a remarkable absence of surprise. Incidents like this have become worryingly commonplace in Mozambique over the past few years. The scene of De Salema’s attack was close to where the academic José Macuane was shot in 2016. Macuane also frequently criticised the government on STV.

There is a growing sense in Mozambique that a violent undercurrent threatens development and stability, and the patterns suggested by the country’s assassinations point to politics. Of those assassinated, eight have been from the opposition movement, the Mozambican National Resistance (Renamo), with only one from the ruling Mozambique Liberation Front (Frelimo).

Frelimo and Renamo fought a protracted civil war that ended with a negotiated settlement in the early 1990s. However, since then, peace has been far from sustainable. A series of Renamo attacks on state locations in 2013 yielded a government assault on the home of the late Afonso Dhlakama, the movement’s former leader. This led it to announce that the peace deal with Frelimo was off.

Conflict erupted again following Frelimo’s victory in the October 2014 elections, which Renamo rejected. Dhlakama’s convoy came under fire twice in September 2015, with claims that a police hit squad was behind the “assassination” attempt. An interview with an anonymous agent from Mozambique’s Special Forces Rapid Intervention Unit, published by Daily Maverick, confirms this.

Since then, low-intensity conflict has continued, with Mozambicans considering this to be a third (albeit quiet) civil war. The assassination of Renamo figures is a worrying sign that violence is increasingly preferred to dialogue among the country’s two main political forces.

Another pattern in the assassinations and attempted assassinations is the targeting of civil society figures such as lawyers, journalists and academics (at least seven). This suggests a second set of dynamics at play – corruption and state penetration by organised crime.

Assassination is a tool that allows for the manipulation of individuals, institutions and society at large. It is used to maintain the chaos that the perpetrators need to operate unimpeded. Journalists who spoke to GI describe how they self-censor as they are afraid of the repercussions of associating the killings with organised crime and corruption.

There is growing awareness of the inextricable mix of corruption, politics and violence in Mozambique. A watershed moment was perhaps the murder of ex-Frelimo member and pioneer investigative journalist Carlos Cardoso in 2000.

Cardoso died while investigating massive bank fraud in which the son of then president Joaquim Chissano was implicated. Gangster Nini Satar was jailed for the murder but was alleged to be continuing his criminal activity from behind bars. (Satar is now on the run.)

The assaults on De Salema and other civil society figures suggest that criminal violence has deepened its mark on Mozambique’s politics and society. Questions about who is behind these assassinations abound.

Are they figures from the underworld or elite government hit squads of the kind described in the Daily Maverick article? Responding to the assassination of Nampula’s mayorMahamudo Amuranein October 2017, one commentator remarked that “we may never know the face of the murderers”.

It is this lack of accountability in the way that the powerful wield criminal violence that is perhaps most insidious for democracy and stability in Mozambique. This makes the need to shine a light on this quiet epidemic all the more urgent. DM

This article was first published  by the ENACTproject. ENACT is funded by the European Union (EU). The contents of this article are the sole responsibility of the author and can under no circumstances be regarded as reflecting the position of the EU.