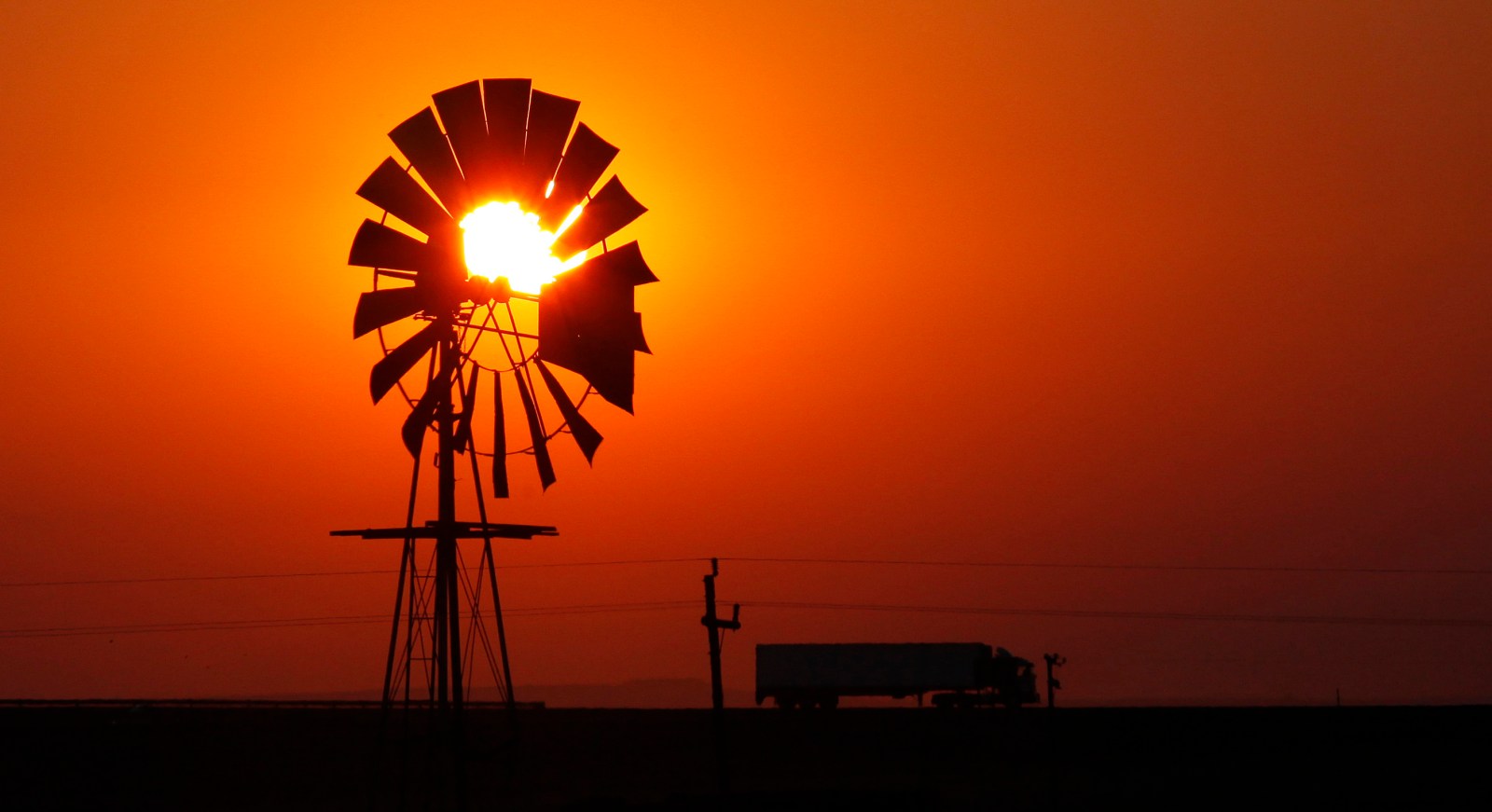 A truck passes behind a windmill as the sun rises on another cold winter's morning near Johannesburg, South Africa, 06 August 2012. EPA/KIM LUDBROOK

On Monday the ANC officially revealed the decisions made at its Land Summit, and that its first step would be to examine if land can be expropriated without compensation, before exploring whether it will have to change the Constitution to do so. Considering the different constituencies that are involved in this discussion, even within the ANC itself, that appears to be the completely sensible option.

It does appear that a process that will culminate in significant land redistribution in some way is gathering steam. That said, it also appears that President Cyril Ramaphosa is making good on his promise that there will be “no smash and grab” land reform. For his next trick, he’s going to have to convince us that it serves the interests of both those with and without land.

Considering the state of tensions and divisions inside the ANC at the moment, it was perhaps important at a symbolic level that the person who announced the ANC’s decisions to the world was Ronald Lamola, one of the people who came on to the national executive committee (NEC) at Nasrec, and pushed harder than most for Ramaphosa to win. As he was the one to make this announcement, it appears likely that he will be the face of the ANC’s decisions on land going forward, the one who will be doing those testy early morning radio interviews.

In many ways, Lamola’s announcement was pretty straightforward. In a nutshell, the ANC will try to use Section 25 of the Constitution to test the argument that it is currently legal to expropriate land. It will also bring the Expropriation Bill into law, and continue with the parliamentary process to review Section 25. At the same time, he says that if the current legal formulation slows down effective land redistribution, then it will be amended so that land can be expropriated without compensation.

In many ways, this is the obvious way forward. If the current law allows expropriation, it would be foolish to go through serious time and effort just to change a constitution for nothing. At the same time, the Expropriation Bill is before Parliament and only Parliament can stop its review process, so they may as well continue to run.

However, as always with the land question, there is a small man with a trident and horns lurking in the details. The first problem is going to be what kind of test case can be brought before the Constitutional Court. While judges make decisions based on precedent, they also take into account the facts of each case. So while a test case may be helpful, it won’t stop those who spend much time in the studios of Fox News from trying to argue against each and every case as it is brought.

Of course, the request may be that those with parking privileges on Constitution Hill receive a request to give a view anyway. But, for now, it appears unlikely they would do that. The fact is, the role of judges is to settle disputes, not to tell you what could happen or to explain the law. They would not want to try settling any principle without having the facts of a case in front of them. They are also likely to argue that when it comes to matters of policy and what people want to happen, well, that is the role of politicians, not judges. And for them, there would also be the almost political risk of what happens if they returned a decision on a principle that was not what most people wanted. That is surely something they would like to avoid.

All of that said, there are perhaps some ways around this that may not be quite as drastic. The Constitution spells out in some detail how property may be expropriated. It says that that this must be done in the public interest, and explicitly states that for the purposes of this section of law, “public interest” includes land reform. As to compensation, market value is only one of several factors that need to be taken into account. In other words, were the ANC and those pushing for this measure to change their slogan to “expropriation with minimal compensation”, they may find it much easier to make significant changes to our current land ownership patterns.

However, this issue now has immense political and public momentum, and that means that it seems more likely that a political solution, in other words one that involves changing the actual Constitution, will be required, or will simply occur.

It is important to understand the real reasons as to why it has this momentum. It is currently popular in some circles to look at the economy and to examine the facts and figures. These tend to be argued by those who oppose land reform, and who point to Zimbabwe and other places where there have been radical changes to land ownership patterns over a short period of time. But they also miss the other point, and the reason that momentum has built so quickly. It is because the demand for real land reform is entirely legitimate.

It is legitimate for those who have no land, and who want some land to live on and to work on now, because they will see their position in life as being a result of economic apartheid now and apartheid and colonialism in the past. It is legitimate because our economy appears to lock so many people out of it. While it is true that everyone has agency, and you should guard against blaming others for one’s position, it cannot be denied that the dice are loaded against so many people incredibly unfairly. Then there are the economic arguments put forward by Ramaphosa that if land ownership was open to more people, our economy would actually benefit in the longer run.

As for the argument about restitution, while incredibly complicated, that demand is surely legitimate too. Yes, it is surely difficult to take something from someone who received it from their great-grandparents. But the demand from those who had something taken from their great-grandparents is immense. And considering that it is in many ways a major part of the basis of our racialised inequality, it is not a demand that can easily be argued against.

Those who oppose land reform will have to think very carefully about what arguments they make, and how they present them.

To put this all another way, back in the early 1990s it was already clear that the land question was vitally important. That is why there was so much discussion about Section 25 of the Constitution in the first place. It is easy to say that so many things could have happened to relieve this pressure, that the economy could have grown at 10% a year, or that land reform was better administered and more money should have been put aside for it.

But all those things did not happen and we are now in the situation we are in.

The land reform will now have to happen. Both in the interests of the present, and in the interests of redress. But, importantly, this must be a carefully managed process that will attempt to be fair, and, above all things, legal. The politicians can only change the Constitution, and even then, only with the true support of the majority of society. Judges can still keep the process fair.

That way, and only that way, the process we as a country are about to embark on will yield results different from what happened to other countries. DM