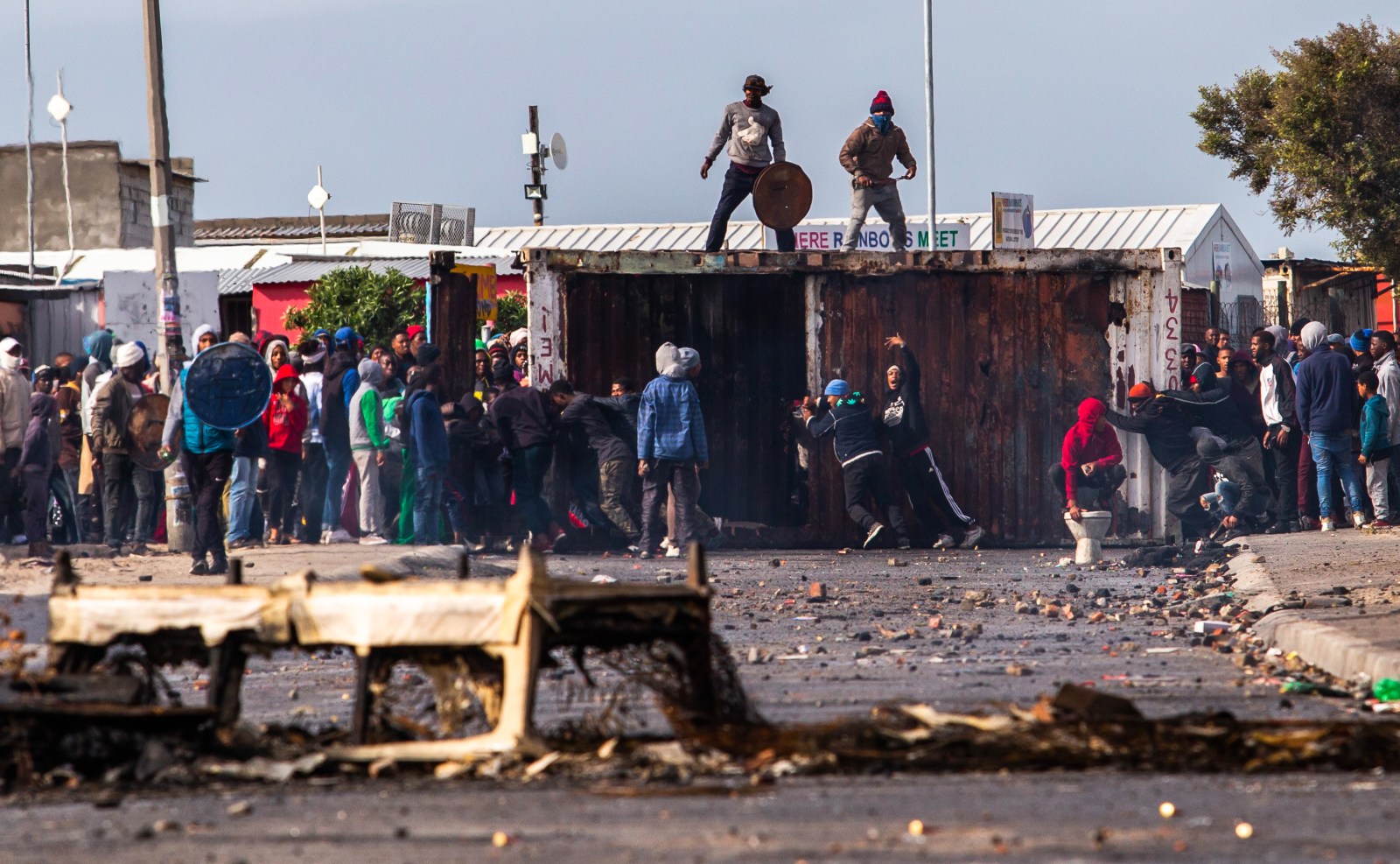 Protesters block the street with a metal container during protests in Vrygrond near Muizenberg and Marina da Gama. Photo: Ashraf Hendricks.

‘We not asking for a place like Marina Da Gama,’ says Vrygrond protester

Violent protests broke out over housing once again in Vrygrond in Cape Town’s south peninsula on Monday. Taxis were not operating. Schools and businesses were closed. Only a few people, who walk to work, were seen leaving the community. Most streets were filled with debris and burnt tyres.

When GroundUp arrived, a crowd of people threw stones at the police who retaliated by using tear gas and rubber bullets. Both entrances into the community were heavily monitored by police and law enforcement.

Community leader Michael Khumalo said residents had agreed to have a complete shutdown on Monday following a well-attended meeting on Saturday.

“The occupants wanted to do this protest on Friday. But as leadership of the community we stopped them. We asked that the decision be taken by the whole community in a meeting which we called for Saturday,” said Khumalo.

“In the meeting we wanted SAPS and the mayor’s office. We sent them an urgent invitation to the meeting so they could answer people before the issue gets out of hand.”

He said no one from the City or SAPS attended the meeting, all citing important meetings and prior engagements.

Councillor Gerry Gordon (DA) said she had received the invitation late on Friday afternoon and could not attend because she had plans. She said that no opportunity for a postponement was given.

Khumalo said one of the main issues was the City demolishing people’s houses without an eviction order.

“We wanted to say to the City, if it is correct that law enforcement should not demolish houses in the absence of an eviction order from the court, why then can we not agree to no more illegal demolition of houses until the City approaches the court and gets a legal go-ahead?”

In the past month a number of protests have broken out in the community with residents occupying a piece of land known as Xakabantu. Shacks have been demolished three times. This sparked violent protests. On 14 May Councillor Gordon’s car was burnt.

The City told residents that the land is a nature reserve and cannot be used for housing.

At 16:00 on Monday, residents blocked the roads leading into Vrygrond and Prince George Drive.

“We are sick and tired of empty promises and the City disadvantaging the already disadvantaged people of Vrygrond by breaking down their houses,” said a protester who did not want to be named. 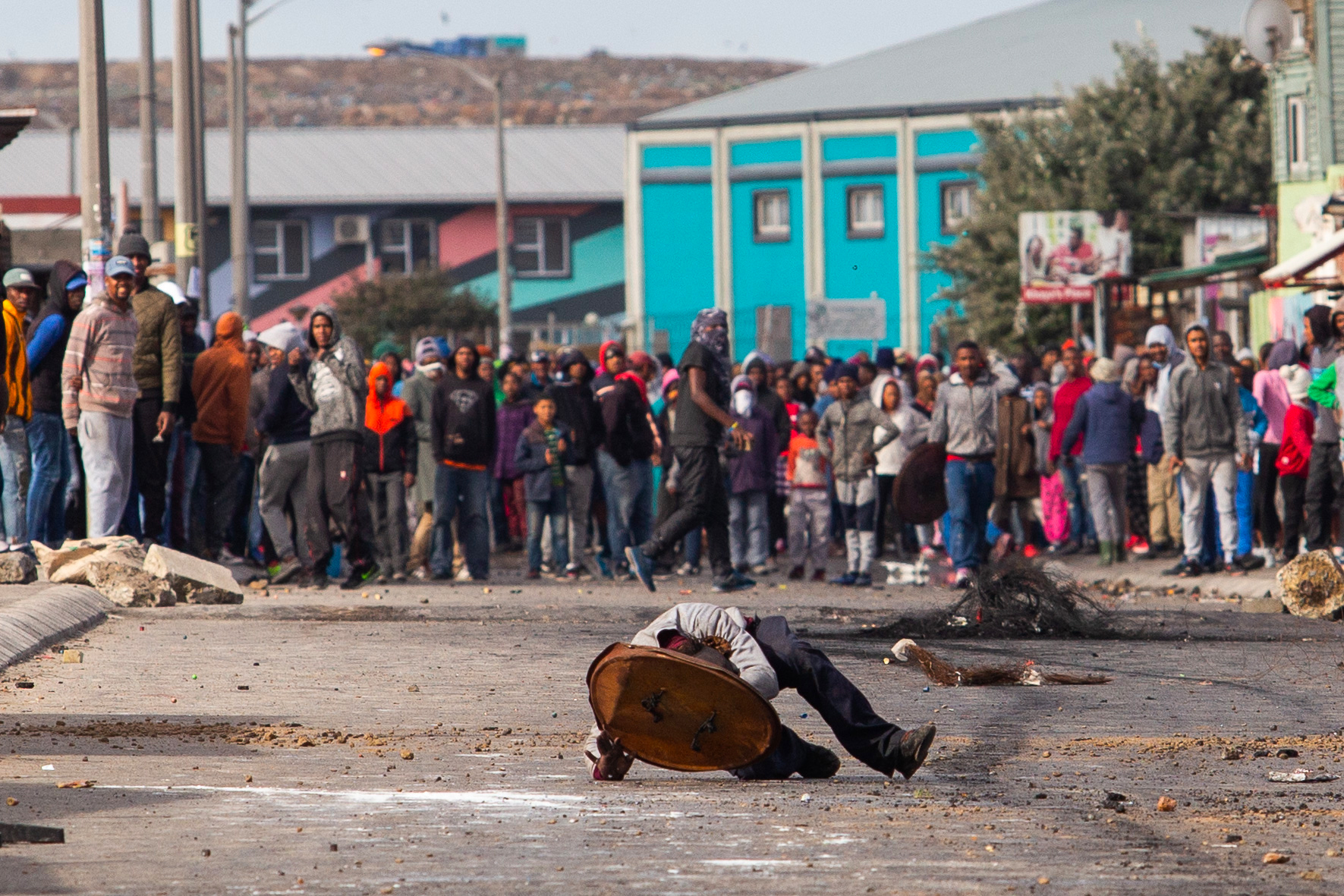 A protester ducks as police fire rubber bullets at him. Photo: Ashraf Hendricks

He said his shack had been demolished three times. Currently living with his parents, he said this was a chance for him to have his own space with his family.

“We not asking for a place like Marina Da Gama [a middle-class suburb across the road from Vrygrond] to be built for us. We are asking to put our shacks on a piece of land. Not houses, but shacks.” 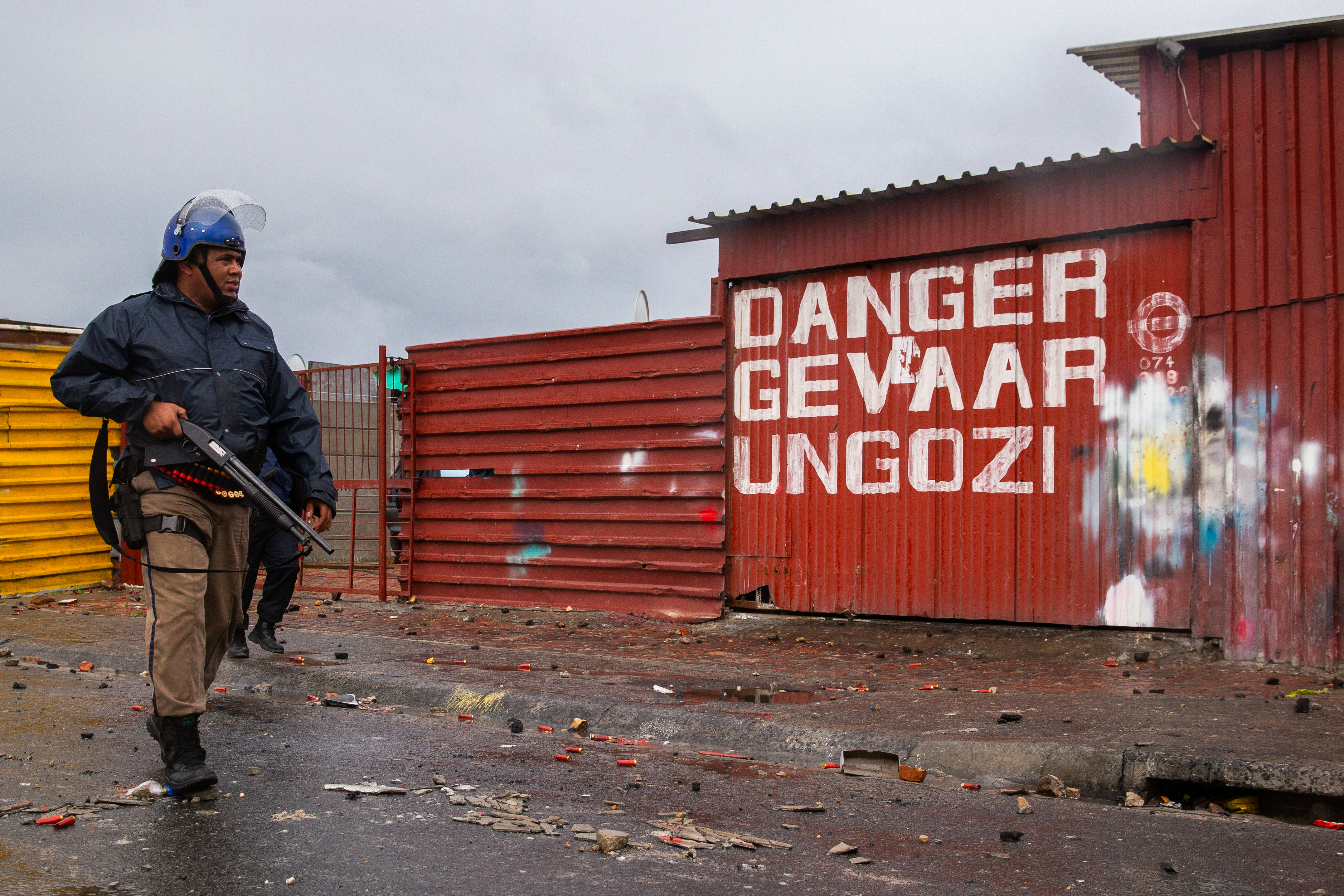 “I am unemployed and can’t afford to buy a house. A shack is the best I can do for me and my family right now,” said the 29-year-old.

There was a large contingent of police next to the nearby Capricorn shopping centre, which has been vandalised in previous protests. A Nyala patrolled the streets within the community. 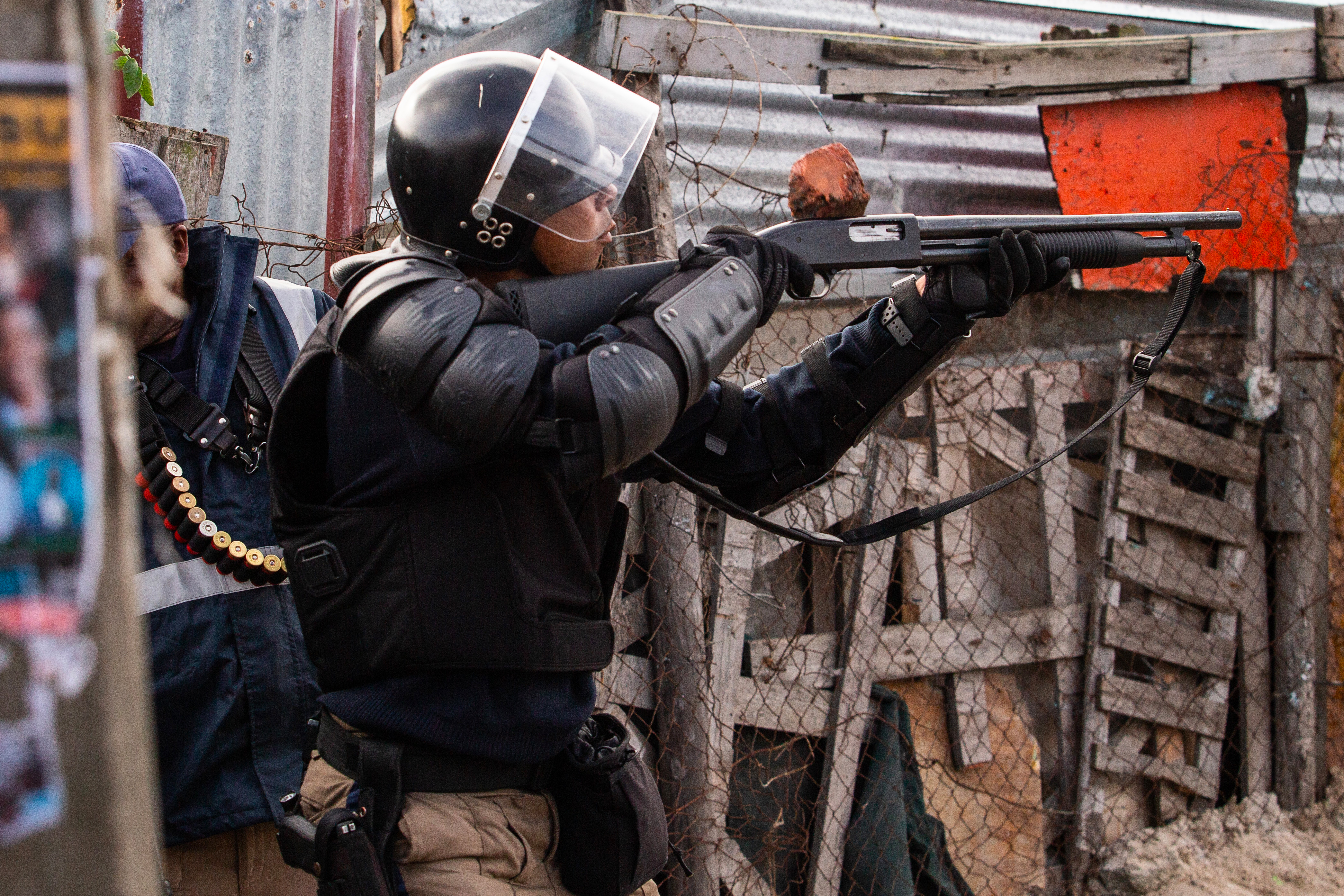 A rock hits the barrel of a police officer’s shotgun during protests in Vrygrond. Photo: Ashraf Hendricks

SAPS spokesperson Sergeant Noloyiso Rwexana told GroundUp that no one had been arrested yet.

“SAPS members and other law enforcement agencies are monitoring the protest actions that are on-going in Vrygrond and the surrounding areas.

“There are sporadic incidents of stone throwing and tyres being set alight. There are also unconfirmed reports of people being intimidated not to go to work.” DM