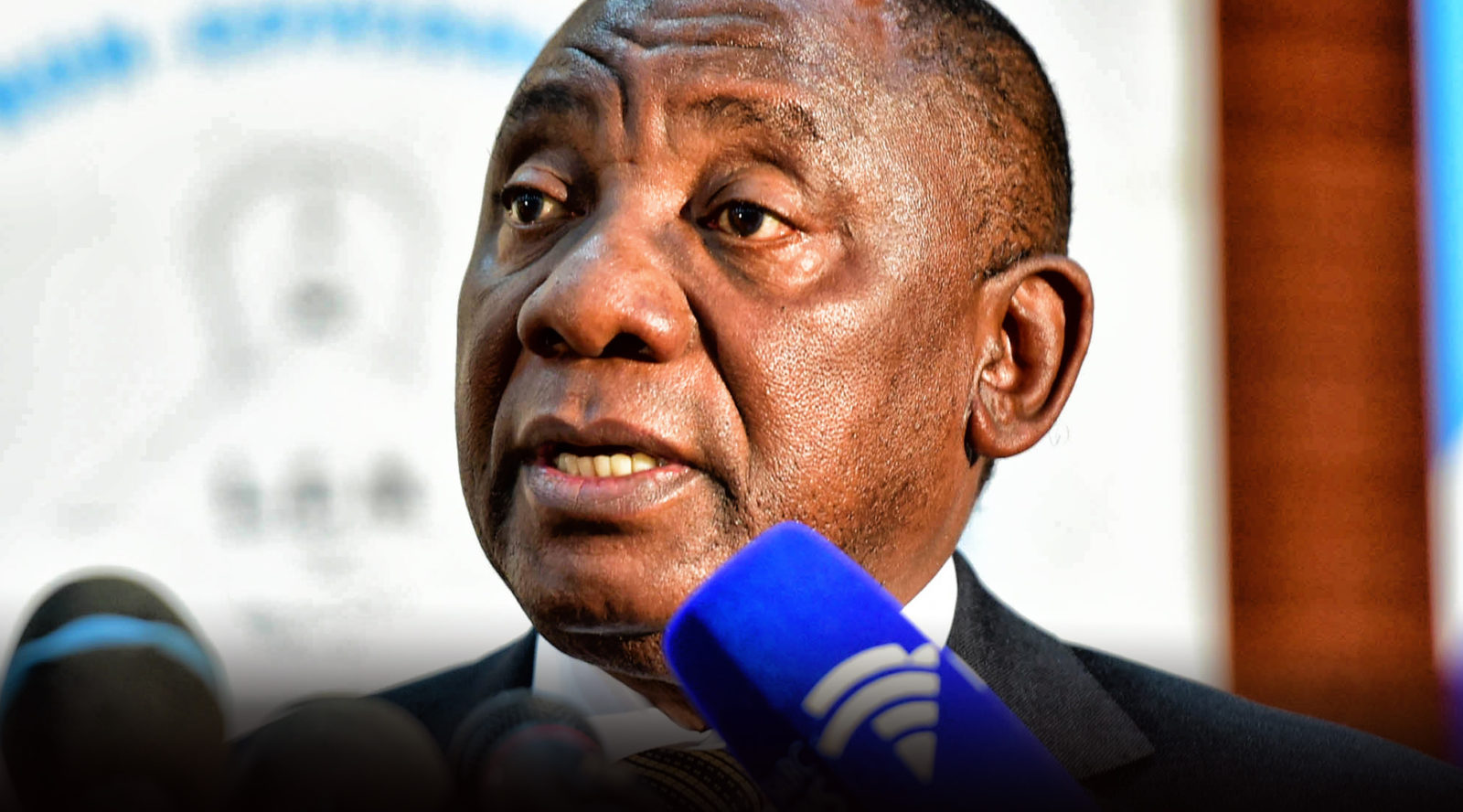 Over the weekend the ANC held perhaps the most important and constructive discussion over the land question in the country’s history. The debate was just a starting point of the much larger conversation about how the land question will be resolved, or at least the way it will be handled, over the medium- to longer-term future. It is clear that interventions involving more than “simple” expropriation without compensation are being looked at. While it is now looking more likely that there will be significant change, there are still many problems standing in the way of any meaningful reform; most vested interests in our society have a lot to lose, while many have much to gain through a political process.

President Cyril Ramaphosa kicked off the ANC’s land summit on Saturday morning after his Friday’s visit to Ekurhuleni people still living in shacks. At one point he appeared to give a formal seal of approval to the new policy move announced last week by the Gauteng provincial government. That policy will see people being given parcels of land that will be serviced, and they will then be able to build their own homes on those parcels. The real power of the idea is that they will also be given formal title to that land. Ramaphosa appeared to say on Friday that this idea will be followed by the national government, and so become government policy across the country. This is despite the fact that there may well be some serious obstacles in the way.

Ramaphosa’s speech on Saturday sketched out how important land is, and touched on how we ended up in this situation, obviously through the dispossession of black people by white colonisers. However, he also stressed the importance of land reform for the present, rather than only dwelling on the sins of the past. Instead of focusing only on history and the moral imperative behind restitution, he also made the economic case for changing these land-ownership patterns in the here and now. He said that “as a consequence (of our past), the South African economy has been stunted and its development held back over centuries”. It was an important point about how our economy will not grow to its full potential when so few people own so much of the land, while others are basically shut out of the formal economy.

This is turning some of the arguments against expropriation on their head. Many have claimed that expropriation without compensation will lead to our economy melting down. Ramaphosa is now positioning meaningful land reform as the way to would grow the economy.

The nuance is important here. In the past, most people have relied almost solely on the past, and the moral argument for redress. Here was the President explaining the economic case, and committing to ensuring that those who control capital will be actually convinced that this must happen. And the method is simple: aligning the interests of those who invest with those who are landless. It was the kind of point that would probably have been ignored by his predecessor as too politically complicated; Jacob Zuma, who incidentally arrived late for the land summit, appeared to focus only on what happened in the past while he was president, so it could be used for his immediate political goals.

Ramaphosa’s other main point was about the complexity of the whole land issue. So often the entire problem, possibly the most complex and difficult the country faces right now, is reduced to the slogan “land expropriation without compensation”. But as he explained, “there is no one single solution to the land question”. That will surely be the real issue after any formal decisions are made. Which is that while it may be possible to create a political consensus of some sort about land redistribution, there is likely to be much contestation over the process, timing and the identity of the beneficiaries.

The summit also included input from experts and people who have studied the question, such as Advocate Tembeka Ngcukaitobi, who has written a book on the subject. This is perhaps a demonstration of Ramaphosa’s promise that “there will be no smash and grab” approach to the question. Rather, it appears that there is going to be a deliberate and thoughtful process. But his problem may be that the process also has to be seen to be moving along, so as to allay the fears of voters who may believe he doesn’t want to actually change anything.

While Ramaphosa’s speech set the tone for the event, the normally diplomatic former President Kgalema Motlanthe is clearly furious at some of the problems that he sees. City Press reported that he said government must not be held hostage by traditional leaders who act as “village tinpot dictators” and try to control land that is not theirs.

Over the last few years, Motlanthe chaired the High Level Panel that examined the country’s policies that was highly critical of the Ingonyama Trust. He repeated some of that criticism at the summit, saying that “people in the villages who have lived there for generations now have to pay the Ingonyama Trust board more than a R1,000 and it escalates annually by 10%”.

Motlanthe mentioned particular examples of where and how this had happened. In so many ways, this gets to one of the problems at the heart of meaningful land reform. Traditional leaders currently have much of their power through their control of communal land. King Goodwill Zwelithini, the only trustee of the Ingonyama Trust, for example, has already appeared to threaten violence over this issue. While he may have more power than other traditional leaders, he will not be the only such person to fight to retain what he currently has.

If one were to analyse what you could call the “vested interests” in our society, those who benefit from the current situation to the detriment of others, you could simply start with those who control the land. It is obvious that they have and control capital. But the range of vested interests is huge. It goes all the way from your wealthy, generally white land-owners through to people who own properties with bonds in cities (who in themselves go from Sandhurst to Protea Glen) and then to the traditional leaders such as Zwelithini. While they may be very different constituencies, any kind of quick change to land ownership patterns now could unite them into a strange coalition. This coalition would have huge resources with which to oppose land reform moves. These groups need to be made to understand it is in their interest to allow change to happen – which is going to be an excruciatingly complex process.

However, one thing that has now happened that is difficult to argue against is that Ramaphosa has now taken over this process. He is now in the driving seat and able to exert some form of control over the debate, which is to his own advantage. It is another demonstration of how important the Presidency can be – the people will now look towards Ramaphosa for the next move.

As a result, some of our politics could be upended. The EFF in particular has been left vulnerable, considering that it made state ownership of land a commanding part of its policy platform. Most voters will probably prefer to pursue a path that may see them own title to their own land, even though it could take some time.

While there is still an incredible amount of road to travel on this issue, the fact that Ramaphosa and the ANC have taken the land question into its hands like this suggests that the chances of meaningful reform are now probably higher now than they ever have been. If the party is able to get important parts of society behind it, it may be that the process does become orderly and has significant outcomes. It is unlikely to be finalised any time soon however. DM