Health-e News: How to stop strikes from killing patients 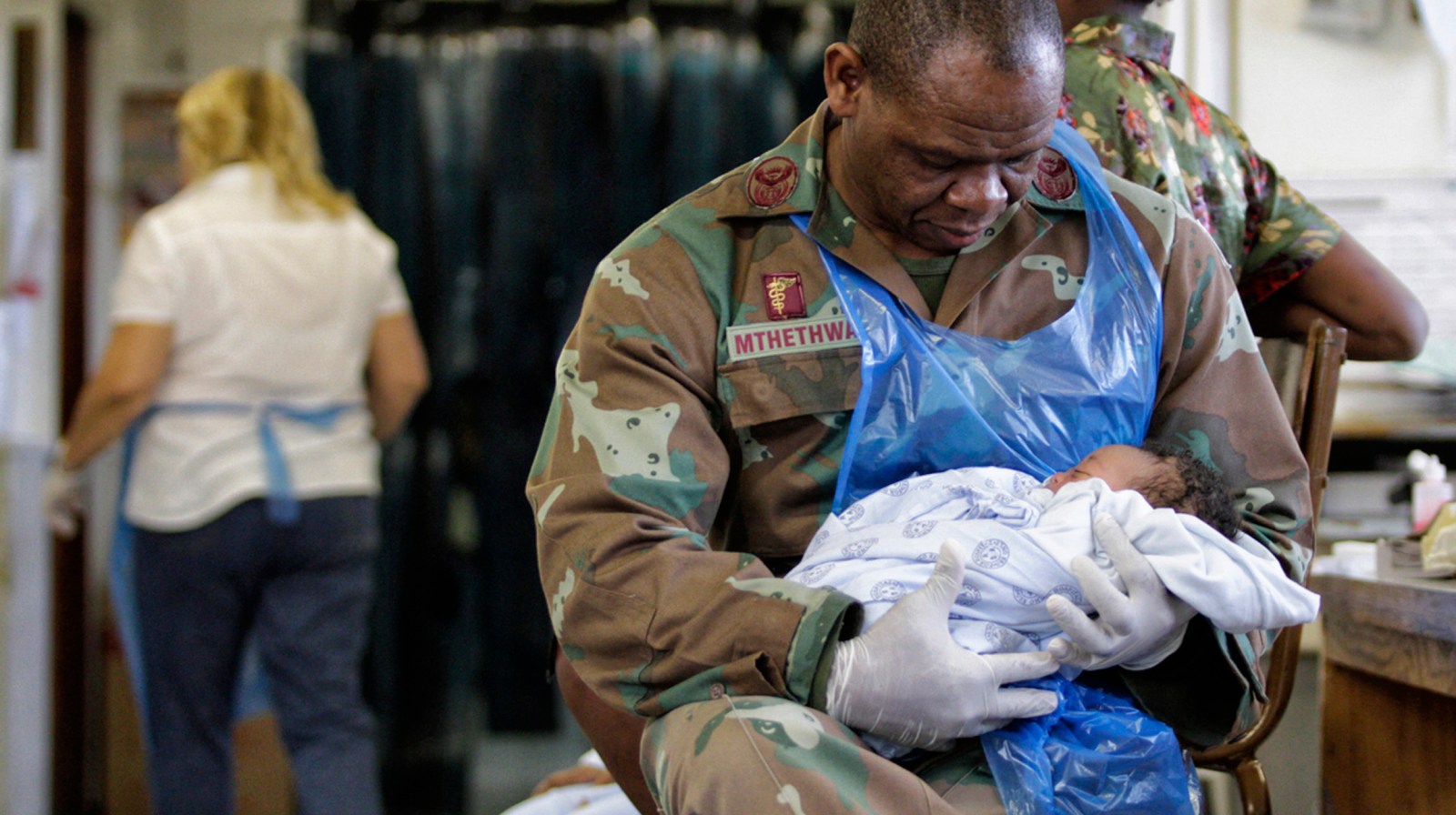 Patients have died as a result of the recent strike in North West. Doctors and nurses were also chased out of operating theatres and wards by strikers. How can patients and healthworkers be protected from becoming victims of a fight that is aimed an employer?

Sixty-four patients may have died in one district of North West alone during the recent strike – some because they were prevented by strikers from going inside various hospitals to get treatment.

Thousands of others may have suffered permanent damage after not being able to get their medicines from public health pharmacies – including antiretroviral medication and medicine for mental illnesses.

“We have had a number of admissions of epileptics with uncontrolled seizures and diabetics who developed ketoacidosis as a result of not getting their medication,” said Professor Ebrahim Veriava, head of internal medicine at the Klerksdorp-Tsepong Hospital Complex.

Non-governmental organisations (NGOs) have asked the SA Human Rights Commission to investigate the violations of patients’ and health workers’ rights during the strike as well as to offer guidance on how patients can be protected during future strike action.

Patients’ families may be able to pursue criminal cases against individual strikers, if they are able to prove that their actions prevented their relatives from getting life-saving care.

Veriava confirmed that strikers had entered an operating theatre at Tshepong Hospital and “took the doctors and nurses out”.

“They had just finished with the one case and two others were waiting. They also went to various wards and told doctors and nurses to leave. They were able to go back to do what they needed to later,” said Veriava.

“You do not abandon patients and leave them to die because an employer has angered you. That patient you are leaving to die was not part of the contract you have with the employer,” said Motsaoledi.

The Rural Health Advocacy Project (RHAP), which is investigating the deaths in Kenneth Kaunda district, is trying to find a “pragmatic solution” to ensure that future health sector strikes do not threaten the lives of patients.

At present, by law all healthworkers are defined as delivering “essential services” and are not allowed to strike – but this has never stopped members of the National Education, Health and Allied Workers Union (Nehawu) from shutting down hospitals during various strikes, most notably in 2007, 2010 – and now 2018.

“The reality is that healthworkers do strike,” says RHAP’s Executive Director, Marije Versteeg-Mojananga.

Human rights group SECTION27 believes that such a solution lies in “determining essential services from non-essential services, or reaching agreement on the maintenance of some level of services during a legal dispute”.

A SECTION27 opinion on strikes in the essential services states:

“Addressing the essential services issue would have a two-fold effect. Firstly, those in the public health care system classified as non-essential services personnel would be able to exercise their right to strike. Secondly, patients’ rights would also be protected as they would be ensured of continued access to healthcare services as those staff properly designated as essential staff would not be striking.”

Nehawu mainly represents cleaners and porters at hospitals. It is possible that they could strike while allowing skeleton staff to offer services to nurses and doctors during strikes.

But this is an option that government seems unwilling to entertain. After Nehawu’s 2010 strike, the Public Service Bargaining Council (PSBC), representing the state and trade unions, asked the Essential Service Committee to provide recommendations for a draft “minimum service level agreement” which would review the definition of “essential services”.

But no such agreement was ever signed with trade unions, and government seems unwilling to exempt anyone working in the health sector from being part of an “essential service”.

The Democratic Nurses Organisation of SA (Denosa) blamed government for the chaos in North West, saying its failure to sign the Minimum Service Level Agreement – defining minimum levels of staff in essential services during a strike – meant that communities were not protected during strikes.

“This failure to sign the agreement simply means every worker can easily embark on a total shutdown. That is how patients’ lives are exposed,” claimed Denosa.

On Friday, Nehawu spokesperson Khaya Xaba said the union was calling off the strike and preparing to “demobilise” its members because it was “happy with the progress made by the inter-ministerial task team”.

But the union has made it clear that the mess in the health sector should be laid at the door of the North West government.

Nehawu has been on strike since 19 February and some of its demands relate to non-payment of overtime, poor working conditions and very low stipends for community healthworkers and counsellors.

“The paralysis of the department should be blamed for the shortage of drugs and our members have been at the forefront of raising alarm about the stores facing shortages. The HIV/AIDS grant was not used for its purpose, which is against the Public Finance Management Act [PFMA] and this had led to the shortages of drugs, thus putting the lives of many in jeopardy.”

Meanwhile, Denosa said patients were sharing beds in some hospitals, some health facilities had no running water, mortuaries were overrun and didn’t have enough fridges for the dead, and chronic medication supplies were erratic.

Veriava also confirmed that conditions in the province were dire, with huge staff and equipment shortages.

Despite the poor conditions, the behaviour of some of the Nehawu strikers was unacceptable and it is also clear that the union makes little effort to discipline unruly members.

However, government leadership is sorely needed as this is not the first time patients have died during a strike. It is unlikely to be the last. DM