Thoughts on the optimal electricity-generation mix for SA 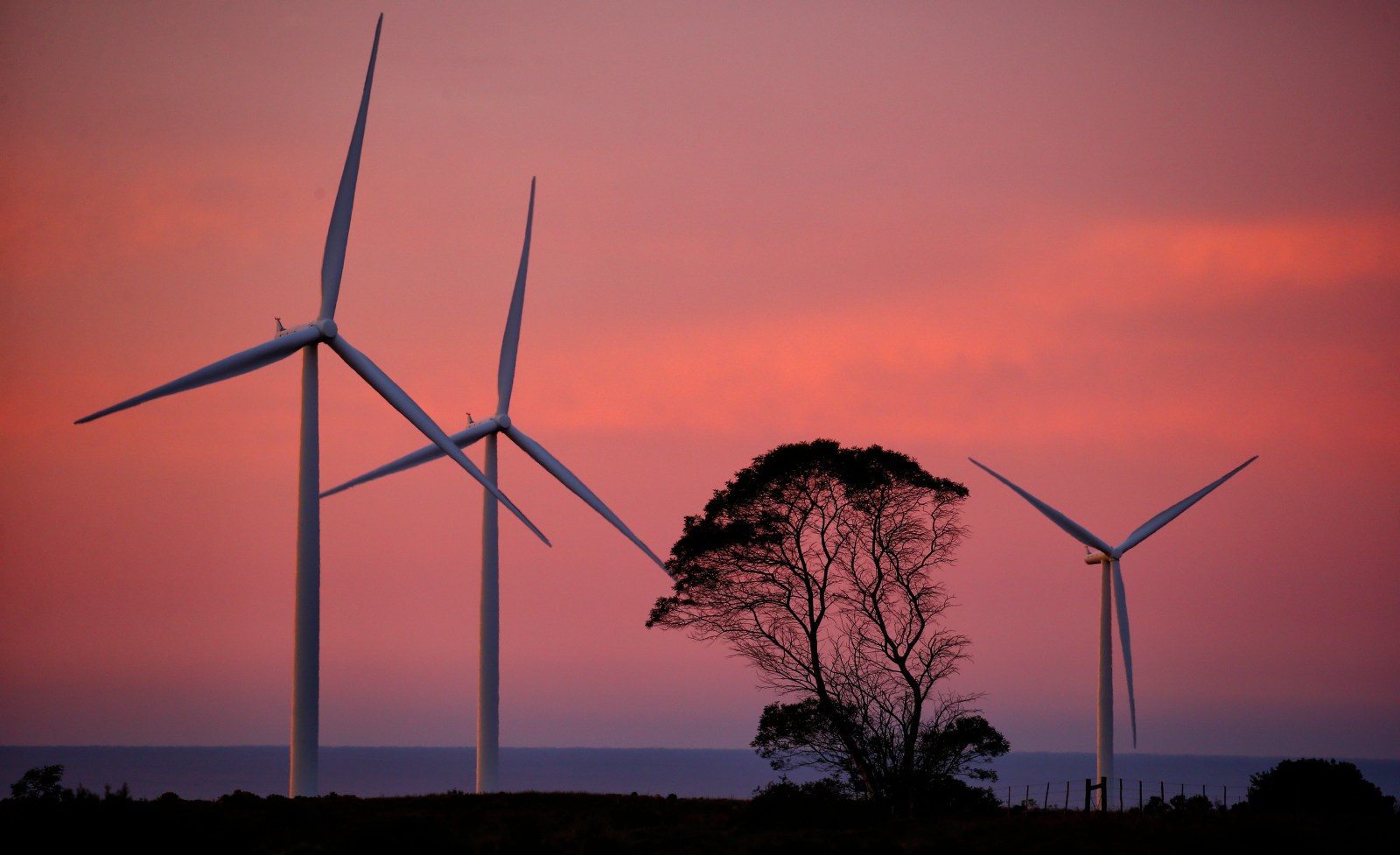 I have been asked recently if I have changed my views on nuclear, coal and renewable energy. The answer is: Yes, my views have indeed changed. The world has changed, and change is always with us, but at an ever increasing pace. It would therefore be surprising if my views did not change too.

This is an edited version of a keynote presentation at the annual conference of the National Nuclear Regulator of South Africa in Johannesburg on 16 May 2018.

Nuclear power in South Africa was constructed in the 1980s, and has served South Africa well for the last 30 years. Only a decade ago, nuclear power used to be the cheapest non-CO2 emitting generation technology.

But no more. Today the levelised cost of electricity from new nuclear power, which takes into account the full capital cost, together with all fixed and variable operating and maintenance costs, its high load factor and its 60-year lifespan, is among the most expensive technologies per kWh of electricity delivered, compared to that from new coal, gas, wind and solar PV.

Going forward, we can now look to a blend of distributed wind, solar PV, gas and energy storage capacity to provide clean, reliable, despatchable, flexible and baseload generation capacity at least cost. This was not possible a decade ago.

The decisions required in the new Integrated Resource Plan (IRP) for the electricity generation mix of the future will be based on current and future technology costs and demand projections, and not on the past. Our decisions need to be forward thinking and not backward looking.

The real issues that the nuclear sector needs to face

I am not against nuclear technology per se. I believe nuclear technology is indeed clean, safe and non-CO2 emitting, and is well suited to coastal areas in South Africa where cooling water is abundant. If nuclear power was not safe, I know the National Nuclear Regulator would shut Koeberg down forthwith.

I too dream of cheap, safe, abundant, clean and flexible nuclear power, where the cost to the economy of nuclear energy is so low that it does not even need to be metered. This was the dream at the dawn of the nuclear age, and indeed it is still just a dream.

But if the nuclear industry wants to be taken seriously, it needs to turn its mind to the real “elephants in the room”, and face them openly and honestly, instead of simply trying to distract attention away from them, or act like an ostrich with its head in the sand, pretending the elephants out there simply do not exist.

Civil society, its NGOs, judges of high courts, the media and citizens of South Africa are not stupid. They can distinguish rational argument from propaganda, and can recognise correct and due process following the constitution and the law, as well as a lack of due process, maladministration, malfeasance and corruption.

In my view, the biggest nuclear elephant in the room is not the technology but the business case, including:

The above contrasts sharply with the needs of South Africa and its economy in an uncertain world, namely:

Lessons the nuclear sector should have learned

I hope that the nuclear sector in South Africa will have learned from bitter experience that it needs to choose its bed-fellows and fellow travellers a lot more carefully.

Having standard-bearers such Zuma, Brown, Mahlobo, Ngubane, Molefe, Singh and Koko has severely damaged the credibility and reputation of the nuclear sector in South Africa, and has created the perception (if not the reality) that the nuclear sector is deeply embroiled in the sorry saga of State Capture, the Guptas, Shiva Uranium and more.

Because of the nature of nuclear technology, its geopolitical and national security implications, the nuclear sector, like the arms industry, is indeed prone to large mega-projects being negotiated behind closed doors, out of the public eye, making it particularly vulnerable to political manipulation and corruption.

The nuclear power sector in South Africa, and its foreign principals, need to take transparency, due process and participatory democracy seriously. This country, with its Constitution, democratic institutions and processes under the rule of law, is not Russia, China or the Middle East. Since 1994, South Africans have had a taste of participatory democracy, and they like it.

The nuclear power sector needs to take the concerns of South African civil society and NGOs more seriously, and should try to actually listen to what they are saying.

On a shoestring budget, with minimalist resources, a couple of underfunded NGOs have given the combined might of government, the DoE, Eskom and the nuclear industry in South Africa a bloody nose, and stopped the nuclear procurement process in its tracks. And the unprepared and complacent nuclear sector did not even see it coming.

The nuclear sector and the National Nuclear Regulator (NNR) should surely know that with nuclear power there is only one way to do things, namely the right way, with no shortcuts – no flouting parliamentary and public participatory processes, no embarking on a nuclear procurement without an up-to-date IRP in place, no asking for exemptions to bypass certain requirements of the Public Finance Management Act (PFMA), etc.

Eskom says it would require some R400-billion to extend the life of its old coal-fired power stations and to ensure its coal fleet is environmentally compliant in meeting South Africa’s air pollution regulations. Eskom has made it quite clear that it simply cannot afford this cost.

Eskom’s old coal-fired power plants, and the coal mines that feed them, are dirty, thirsty, inefficient, unhealthy, non-compliant killers that cause some 2,500 premature deaths per annum.

The power utility makes a big thing in its annual financial reports of about 10 deaths per year at Eskom, but is silent about the pollution, acid mine drainage, health impacts and premature deaths resulting from coal mining operations that feed its coal-fired power plants, as well as the burning of coal by Eskom at its power plants.

If it were non-compliant nuclear power causing 2,500 premature deaths a year, there would be a local and international outcry, and the NNR would shut down the affected reactors immediately.

In short, the status quo at Eskom is financially and environmentally unsustainable. In order to clean up its act, and meet the country’s environmental regulations and international carbon emission reduction commitments, there needs to be a phased, just transition away from the old non-compliant coal-fired power plants, to clean technologies, with no new coal power added to the mix going forward.

The big question of course is: What is the optimal electricity energy mix for South Africa, in terms of the new-build requirement to meet the uncertain demand for grid electricity in the years to 2050?

The reality however is that in this uncertain world we do not really have a clue about the future demand for grid electricity in South Africa, and our planning needs to take this uncertainty into account.

But there are indeed some things that we do know about South Africa’s current energy mix, namely:

In this environment, a big question is whether NEW nuclear is really appropriate for the energy mix of South Africa going forward.

The optimal electricity mix for South Africa in the years ahead will be determined by the long-awaited new Integrated Resource Plan for electricity.

An Integrated Resource Plan for electricity is a rational, mechanistic, techno-economic planning process that determines the optimal mix of generation technologies and capacities, at least cost to the economy, to meet the projected demand for electricity in the years ahead, while also meeting government policy and socio-economic requirements and constraints.

Such constraints may include: meeting carbon emission reduction commitments; the minimisation of water usage; the maximisation of job creation, etc.

In an uncertain world where electricity demand cannot be accurately predicted in the years ahead, and where disruptive new technologies are emerging, the IRP is also about enabling flexible planning decisions of least regret.

In my view, the new IRP is likely to mirror the work done by Eskom, CSIR, ERC, NPC and other studies, but with some policy adjustment by government.

The above work has shown that there is no longer any conflict between the requirement for least cost on the one hand, and meeting carbon emission reduction commitments, maximising job creation and minimising water usage on the other.

As such, I would expect that the new generation technologies and capacities proposed in the new IRP for the years ahead to 2050 will be dominated by a blend of distributed wind, solar PV and flexible gas-to-power capacity, with little or no new nuclear power.

We now await the new IRP which, according to the Department of Energy, is currently being reworked, and is expected to be approved by the Cabinet in mid-August 2018 after further public consultation. DM