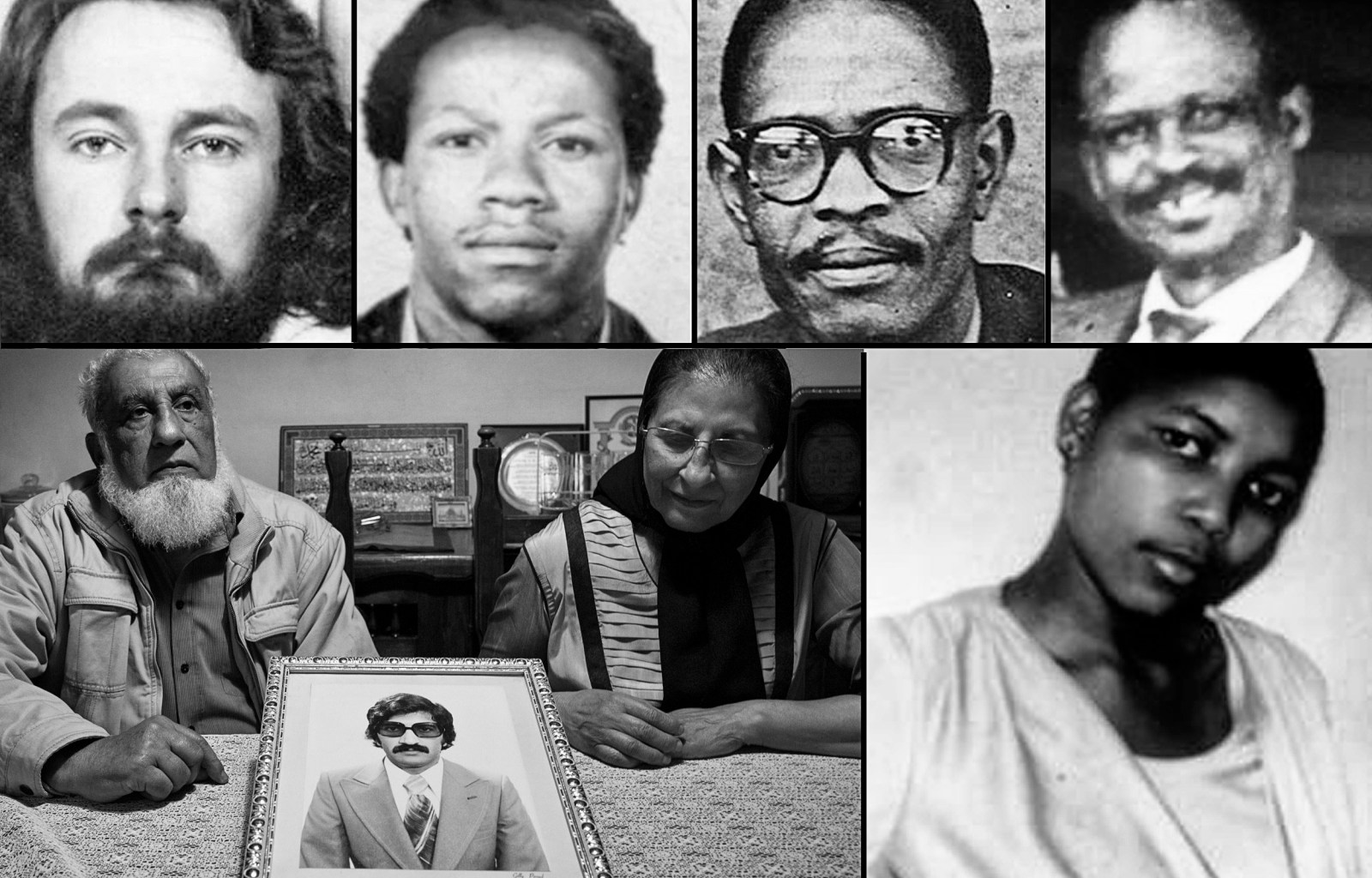 South Africa’s response to the death of its iconic Mother of the Nation, Mama Winnie Madikizela-Mandela, powerfully underscored the national imperative to complete the path of restorative justice left hanging – like the Cape Town inner city freeway – after publication of the Truth and Reconciliation Commission’s report.

By failing to follow through on the recommendations of the Truth and Reconciliation Commission (TRC), including conducting investigations that would hold those responsible for human rights violations accountable through prosecutions, and exonerate those who had been falsely accused, the State left a wide-open space for anyone with an opinion and social media account – aided and abetted by the false whisperings of agents of the apartheid state and informers – to manipulate our shared history.

The poisoned fruit of this national failure was recently on display in the bitter and divisive squabbles generated by Pascale Lamche’s film, Winnie.

Lamche graphically revealed Winnie’s untold story as well as the unresolved pain in the Madikizela-Mandela family caused by the brutality of the apartheid regime. South Africans needed to know this story, which, quite frankly, the Truth Commission did not tell.

Lamche profited from South Africa’s unsettled history. Shockingly, her story-telling approach relied on the narrative of discredited former agents of the apartheid state, and was stripped of context and dissenting opinions, casting serious doubt on Nelson Mandela’s integrity – and that of South Africa’s negotiated settlement. As Dumisa Ntsebeza, a former commissioner, noted, it was the classic strategy of Stratcom – divide and rule.

It is not only the families of victims of atrocities perpetrated in the past who require truth and closure. The nation, itself, is entitled to the truth about the past, and needs closure. This closure will not happen without social and economic justice, or criminal accountability to accompany the universal franchise we attained 24 years ago. To simply ignore some of the most grievous crimes of the past is incongruent with any approach to justice.

Two years ago, the Foundation for Human Rights established a small multi-disciplinary team to support the families of Ahmed Timol (who died in police custody in 1971) and Nokuthula Simelane (who disappeared in 1983 after being arrested by police) in their quest for justice. Nobody applied to the Truth and Reconciliation Commission for amnesty in respect of the Timol matter, and while five policemen were granted amnesty for abducting Simelane, they claimed to have released her – and none applied for amnesty for murder.

The establishment of the Truth and Reconciliation Commission was envisaged as the beginning of a complex process balancing the objectives of exposing the truth, fostering national reconciliation and granting amnesty. It was not a Truth-At-All-Costs commission. Not everyone who applied for amnesty was guaranteed that they’d receive it; they had to comply with a set of conditions that included proving political objective, demonstrating that the crime was commensurate with the objectives sought, and revealing the unabridged truth. Many perpetrators did not apply for amnesty at all, perhaps in the belief that their participation in crimes would never be revealed.

Granting amnesty was the commission’s carrot, and the subsequent prosecution of those who failed to apply or be granted amnesty was its stick. But wielding the stick depended on the National Prosecution Authority, which for the past 20 years has demonstrated a singular aversion to tackling any of these matters.

In 2017, 21 years after an elderly Mrs Hawa Timol begged the Truth and Reconciliation Commission to persuade prosecutorial authorities to re-investigate her son’s death, the State re-opened and overturned the apartheid magistrate’s finding that Ahmed Timol committed suicide, replacing it with a finding of murder at the hands of police. The reason the State re-opened the case was largely the detective work and insistence of Timol’s nephew, Mr Justice Billy Mothle said in his judgment.

Six months later, we continue to await word from the NPA on the prosecution of former security policemen recommended by Judge Mothle.

Nokuthula Simelane’s family is waiting, too. Four former policemen were charged with murder early in 2016, but the case has subsequently been delayed. Among the causes for the delays has been disagreement over who should pay for the legal defence of the accused.

Last week, 96-year-old Philip Mabelane passed away without succeeding in overturning the apartheid State’s inquest finding that his son Matthews’ death in detention was “accidental”. Matthews was a student activist of the Soweto 1976 generation. He was arrested on 27 January 1977 under Section 6 of the Terrorism Act, interrogated at John Vorster Square, the Johannesburg headquarters of the Security Branch, and died on 15 February 1977 after a fall from the 10th floor. Police claimed he climbed out of a 10th floor window onto a ledge while being questioned. It was the same building, and 10th floor, from which Timol fell to his death.

The Mabelane, Simelane and Timol families are by no means the only ones whose patience is running thin. Publicity of their cases has led a number of other families, frustrated by the NPA’s intransigence, to approach the Foundation for Human Rights’ team to support their quests for justice. They include a clutch of well-known cases ventilated inter alia at the Truth and Reconciliation Commission – perpetrated by identified individuals. The only thing holding these cases – and the historical truth – at bay is a lack of political and/or prosecutorial will.

What does it say about our progress as a nation that while the NPA is stridently held to account over its willingness to prosecute former president Jacob Zuma for corruption, zero pressure is applied to prosecute known perpetrators of the most heinous apartheid-era crimes. Who makes these decisions?

According to Vusi Pikoli, the former National Director of Prosecutions, the decisions are those of “powerful elements within government” who fear that the NPA would target senior ANC officials for crimes committed before 1994.

In a 2015 affidavit tabled in the North Gauteng High Court relating to the Simelane case – one of 300 cases the TRC asked the NPA to investigate – Pikoli stated:

“I confirm that there was political interference that effectively barred or delayed the investigation and possible prosecution of the cases recommended for prosecution by the TRC, including the kidnapping, assault and murder of Nokuthula Aurelia Simelane.”

In the void of accountability the counter-revolution flourishes. The peaceful settlement was a sell-out devoid of justice, some argue. Reconciliation merely provided cover for those who profited from apartheid to launder their consciences and cling on to their ill-gotten gains. As long as the NPA does not do its work and hold some of the worst of apartheid’s criminals to account, our nation will be riven by those who divide us by untruths. And the Kallie Kriels of the world can argue that apartheid was not a crime against humanity.

“Beware when fighting monsters that you yourself do not become a monster,” 19th century German philosopher Friedrich Nietzsche said.

“If you gaze long enough into the abyss, the abyss also gazes through you.”

It is time for South African prosecutors to grasp the nettle, however poisonous it may be, and demonstrate that South Africa’s political settlement did not include turning its back on accountability and justice. DM

Yasmin Sooka was a commissioner of South Africa’s Truth and Reconciliation Commission. She is the Executive Director of the Foundation for Human Rights.