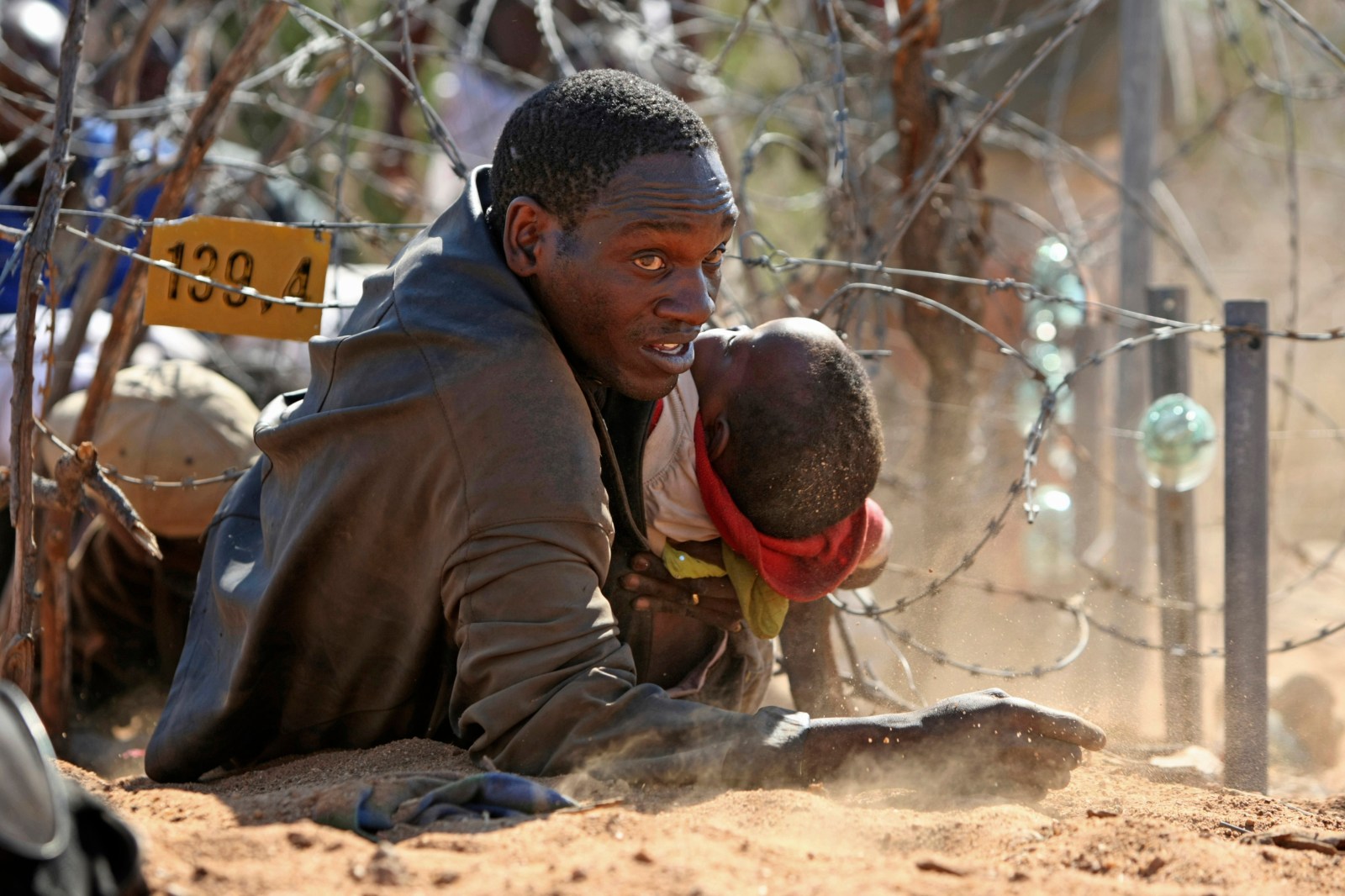 From the Exhibition: As the South African defined them at the time "Illegal Immigrants" from Zimbabwe cross over the border to South Africa on Zimababwe's controversial 2008 Election Day, near Beit Bridge border. After a tidal wave of Zimbabweans fleeing political unrest entered SA, South Africa changed their status to "Asylum Seekers". Zimbabwe crisis. 2008/06/27. ***Photo: JAMES OATWAY.

Two of South Africa’s foremost photojournalists show in their exhibition Killing the Other that xenophobia is the story of all of us.

One kilometre and seven years separate two events that could very well have been identical.

James Oatway is speaking about two events he’s photographed that appear in the Killing the Other exhibition. He and fellow photographer Alon Skuy have collaborated on the exhibition that opens on Thursday at the Holocaust Museum in Joburg.

In the first picture, a man cradles another on the ground somewhere in Alexandra township. They’ve been attacked and the night is thick with blood and terror. It marks the beginning of a month of dread and death and before May 2008 ends, 60 people will be killed in this spate of xenophobic violence.

Oatway points to a second set of pictures. They are of Emmanuel Sithole, a Mozambican man who owned a spaza shop in Alexandra in 2015. It’s less than a kilometre from where Oatway took the picture of the two men in 2008. The man in the 2015 photos is on the ground bleeding; attackers have rounded on him. In the last picture he’s dragging his ruined body from where he’s fallen. He did not survive stabs to the heart.

“It is difficult to look at those pictures,” says Oatway, a freelancer who worked for Sunday Times at the time. It’s the tragic truth of lives wiped out; reality of how little life changes for the better for those pushed to society’s edges; and how violence repeats in a senseless loop. They’re thoughts that are always at the back of his mind, he says.

Skuy remembers the insane casualness of killing that May 2008. “We were out all hours of the night for days on end. You’re waiting and watching because things were so tense and you never knew what would happen next,” says the photojournalist who works for Tiso Blackstar. He describes too the haunting sound of a mob gathering and growing – a rising growl of murderous intent.

“I’ll never forget that sound. In a mob people cease to be individuals they just become a single mass almost,” he says of the killing machine. He holds up a picture of a mob. They’re armed with sticks and have set off fires. The heat from the flames has bent the light, morphing the individuals into the ominous mirage.

Skuy and Oatway have sifted through hundreds of their images covering xenophobic eruptions over the last 10 years. They’ve chosen 60 pictures for Killing the Other. The distinctive signatures of two of the country’s foremost photojournalists blend comfortably and their curation is a deliberate arc. It’s an exhibition that’s complex and confronting; it’s also considered and compassionate. These are the layers to a story as they see it through their lenses.

The exhibition starts with the initial flare-up and the deaths of 2008. The viewer is then reminded of the displacement in the tent camps of despair and the desperation that turned the Central Methodist Church into place refuge and later also hell-hole. There are images that show the strange parallel universes of middle-South Africa never touching sides with the xenophobic eruptions. Skuy points out for example that Jeppestown has repeatedly been on tenterhooks of xenophobic eruptions while a stone’s throw in hipster central of Maboneng patrons would be sipping craft beer.

Their images also speak to the response of police and authorities. There are images that show dehumanising random searches in hostels for perpetrators – often mere theatre for the media.

There images show the shifting story of xenophobia, including the push back by foreign nationals, tied of being victims, readying themselves to retaliate. The photos also reveal how xenophobia has masked itself differently over the years, showing up as communities fighting against drug dealing or sex slavery, or others exploiting the “us and them” narrative for business opportunity.

The exhibition ends with an everyday view of migrants. They’re portraits of people who call South Africa home, place of worship, of trade and community. They’re also unashamedly people from somewhere else.

An exhibition space offers an access point and a pause for the viewer and ultimately opportunity for deeper dialogue, Skuy believes. He points out too that this is an unfinished story and one that we ignore at our peril.

For world-renowned war photographer João Silva, Killing the Other shows the role of photojournalism as social record and even social conscience. It also reveals how good photojournalists embrace sensitivity, reflexivity and empathy even when their cameras are trained on the darkest of human nature.

“You can never please everyone when you’re capturing something like xenophobia and we photojournalists always struggle with a duality of running into places that others would avoid. You also know that if you’ve done your job well you are getting a picture that might be showing the worst moment of someone’s life,” says the veteran lens man.

Silva adds: “The exhibition is not voyeurism and it’s not taking photos for glory, fame or awards, this is the record of a dark stain on South African society that we can’t ignore.”

Wits University researcher and acting co-director of the African Centre for Migration and Society Dr Jean-Pierre Misago bears this out. Misago says the story continues and the stain of xenophobia remains because the key underlying factor of “governance deficit” has not been resolved. In the vacuum, violence is seen as a valid response to get noticed.

Misago says society still only sees the symptoms of a bigger disease of what drives violence, mob justice and xenophobia.

“Even the argument of competition for scarce resources isn’t an automatic trigger for violence, so where does this violence come from? Programmes addressing attitude and behaviour are still far apart and we still don’t have any clear policy on dealing with xenophobia,” he says.

He warns too: “We should all be very afraid because hate-based crimes, as xenophobia is, chooses random targets every day.”

On the eve of the launch of Killing the Other headline news breaks again with xenophobic eruptions in KZN. Shops of foreign nationals are the target, more lives stand to be lost. Skuy and Oatway don’t hesitate to say it’s where’d they rush to if needed with their cameras and knots in their stomachs. DM