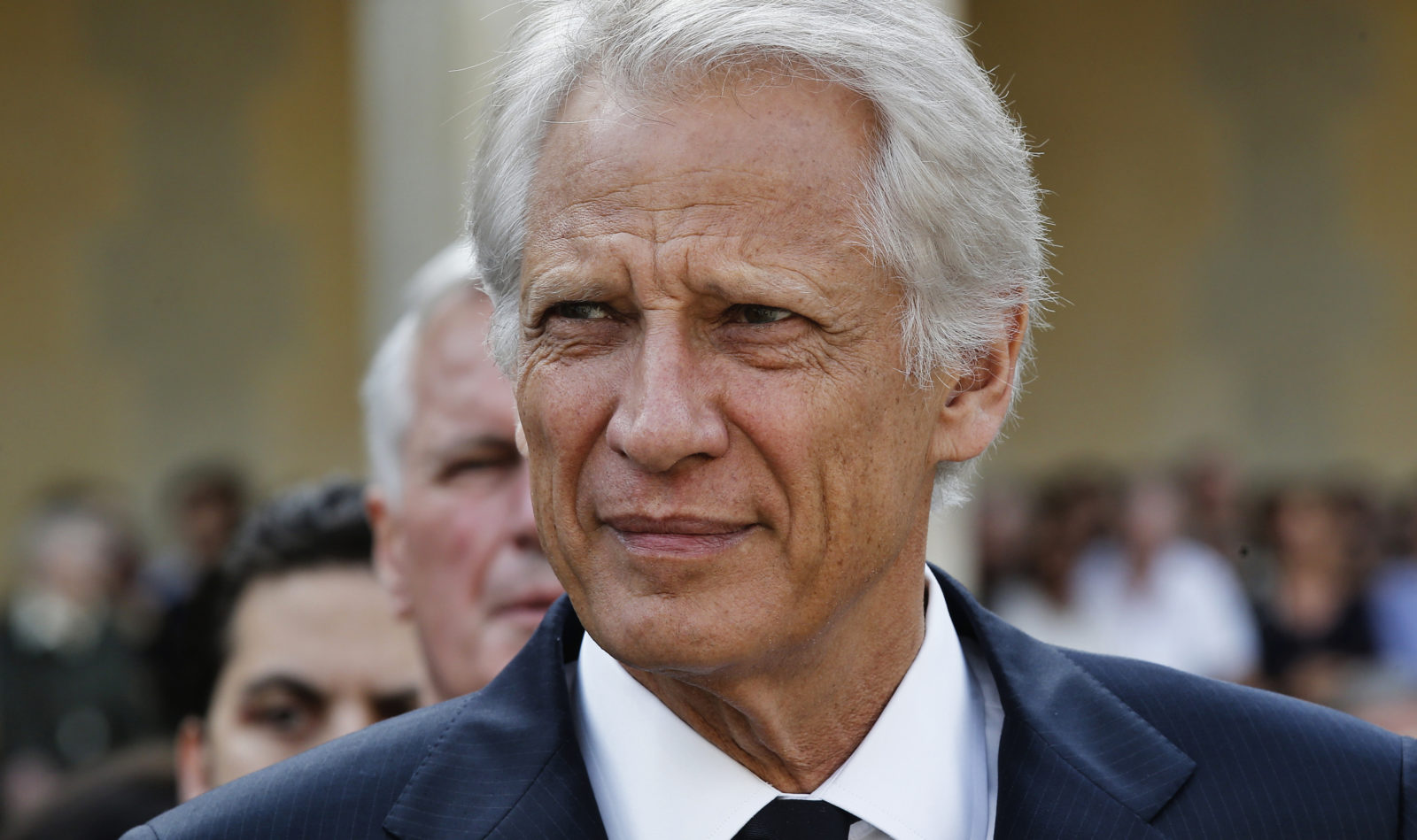 A new African-European partnership could help prevent a looming clash between the US on the one side and China and Russia on the other, says Dominique Villepin.

Former French Prime Minister Dominique de Villepin has called for a formal alliance between Africa and Europe to boost the growth and stability of both continents and also mediate between the US and Asia to prevent a looming clash between them.

“I believe the capacity of America and Asia to avoid a large-scale confrontation that could destroy the world order depends on a strong Euro-African backbone,” he said this week in a speech to the SA Institute of International Affairs in Johannesburg.

By “Asia” he was referring mainly to China and Russia.

By contrast African economic growth was accelerating to around 5% a year in the long term.

“Europe also needs economic, social and political stabilisation in Africa in order to limit migrations and avoid social unrest in Europe,” he added.

Refugee policies and migrations had caused a landslide of anti-immigration populism. Africa and Europe had to work together to establish a common regulation of migration flows.

Europe also needed a stable Africa for its own security, Villepin said, citing the eruption of jihadist wars in the Sahel.

“There has never yet been a terrorist attack in Europe linked to sub-Saharan Africa, but we need to treat the roots of the problem before it is too late.”

The second good reason for a Europe-Africa partnership was to secure the future of Africa.

Africa was in the middle of a “huge historic process of modernisation” which was provoking “massive instabilities, insecurities and often political hyper-violence” as modernisation had done previously on other continents.

Greater economic and social co-operation between Europe and Africa could help prevent mass violence in Africa in the coming century.

Africa also needed Europe’s support for the political and economic integration it was undergoing, to overcome the rivalries between its states and “the complexity of a continent without hegemony”.

Africa lacked a natural hegemonic power to unite the continent, though South Africa had a key role to play as an example to the continent because of the recent history of the “rainbow nation”, its record number of Nobel Peace Prize winners, and its status as Africa’s major economic power and a world-scale political power, specially through its membership in the BRICS forum and the G20.

Africa also needed help meeting the challenge of globalisation which offered the continent a big opportunity for development and combating poverty. But globalisation was also creating problems for Africa because it had limited control of pricing, trading and transport – and even less transformation – of its rich natural resources.

Africa also lacked many of the skills necessary for sustainable growth, especially the engineers, though the African Continental Free Trade Agreement, recently signed by most African countries in Rwanda, was a good globalisation move.

Villepin said that the formal partnership he was proposing between Africa and Europe would not only be good for them, but also for the future of the world.

“We are entering a time of massive confrontations in which new blocs of power and ideology are threatening to crush everything in between them.”

As evidence, he cited the US national security review in 2017, in which the US declared that the strategic rivalry of “revisionist powers” such as Russia and China was a greater threat to US security than terrorism.

Military budgets were steadily rising on all sides. China had recently doubled its military spending and would near America’s spending in coming decades, probably reaching parity around 2050.

China was also investing heavily in technology with possible military applications such as drones, artificial intelligence, Big Data and aerospace.

And the divisions were becoming sharper between the Western model of development, based on liberal democracy, the rule of law and some inclination towards interventionism abroad, through regime change, and on the other side an Asian model based on authority, nationalism and economic state planning and strict defence of state sovereignty in foreign policy.

The Asian model was becoming an alternative for many parts of the developing world, especially because of China’s economic success.

The rising tensions between the big rival global powers were most evident in the Middle East, where they were aggravating the violent transformation of the region over the past 40 years. The Syrian conflict for example was pitting two coalitions against each other, on the side Russia and Iran, supporting the Syrian regime, and on the other side the US and Saudi Arabia.

In Southeast Asia, the tensions around the south China Seas were reaching “worrying proportions and risks of escalation are very high”.

“We can see the logics of multipolarity transforming Africa and Europe into battlegrounds of superpowers,” Villepin said, because both were divided continents.

Signs of the two global coalitions battling for influence in Africa included the growing presence of Russia in the Central African Republic, Rwanda becoming part of the “American orbit”, and the rising tensions over Western Sahara between Algeria and Morocco, with more and more outside influences.

“If there are so many good reasons, why isn’t there a major Euro-African partnership yet?” Villepin asked.

He said this idea had been floated before without success, for several reasons, including the “roadblock of history” – colonialism, which still created guilt and resentment.

But he said both Europe and Africa were now ready for a major partnership, in part because European powers were now overcoming their old colonial-era national interests in Africa and creating an overarching European interest. He cited as an example of this new European identity the French President Emmanuel Macron, who had been born in the year of the last French decolonisation in Africa, Djibouti, in 1977.

Africa was also more ready for a partnership, in part because of the evolution of more democratic states.

However, many problems remained, including failing African states and poor tax administrations preventing African governments from collecting the revenues they badly needed for development.

The first was a global task force, with European countries in the lead, to tackle the failure of states, in co-operation with African countries.

The second was an African-European investment fund that would invest in the equity of companies and industries indispensable to the development of Africa. This would tackle the insufficient, localised and intermittent capital accumulation in Africa.

The proposed public and private investment fund would promote investment and hedge against risks, especially political risks. But it would also avoid the moral hazard of derisking the financing of projects that weren’t good enough.

This fund, involving not only African and European investors but also Chinese and American, would have to prioritise investments – such as insurance, telecoms and technologies – which generated growth rather than more profitable extractive resources.

Third, Villepin proposed a dedicated governance body, including a permanent secretariat, to give political guidance and unity to his proposed partnership.

Fourth, the partnership would also need a multilateral financing tool, a project bank, modelled on the $100-billion Asian Infrastructure Investment Bank, which was the financing instrument of Chinese President Xi Jinping’s huge One Belt, One Road infrastructure project to link China with the West and with Africa. DM

Steve Keating for Reuters
Save 4 mins

The Lottery, the law firm and the minister: more questions than answers remain

Could increasing instances of kidnap for ransom be opening the door to terrorism in Benin?

PwC and Nkonki: The auditors who clipped SAA’s wings