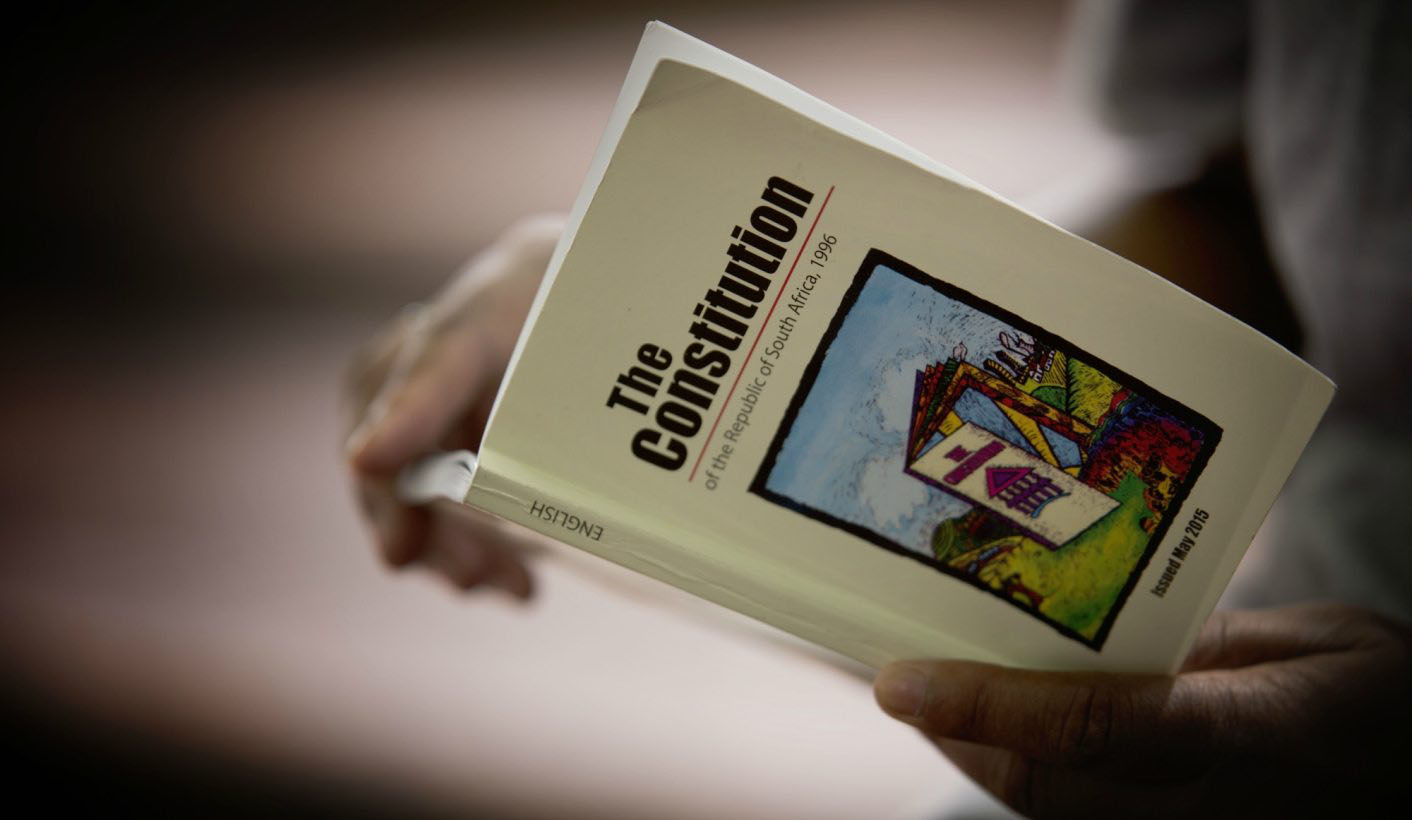 Given that Section 25 – the so-called property clause – was probably the most hotly contested and meticulously negotiated issue during the constitutional negotiations, a move against it would conceivably symbolise the beginning of the dismantling of the constitutional order. Certainly, some of the rhetoric in recent years suggests that there is a market for doing so.

The debate around the introduction of a policy of expropriation without compensation represents a profoundly important moment for South Africa. Not only is this a measure with enormous (and probably enormously damaging) ramifications for the country’s economy, but it stands to alter the nature of the country’s politics. As others have pointed out, should it lead to a constitutional amendment, it would be the most fundamental and far-reaching such change since the constitution was adopted.

In this respect, the approaching participation process is important. The public is invited to submit written inputs by mid-June, while public hearings will take place between late June and early August. Public participation and consultation are required by South Africa’s Constitution, and for good reason: it is increasingly common cause in democracies that direct citizen involvement enhances the quality of governance and secures the buy-in of ordinary people in the policies and laws that direct their lives.

In respect of expropriation without compensation, it’s crucial that whatever happens, the country’s lawmakers are fully informed of the consequences of their actions, and its citizens are aware of how these will impact their lives.

South Africa does, however, wrestle with a problem common to all countries that have tried to encourage citizen participation: is it effective and worthwhile or not. This was recognised as far back as the 1960s in the work of academic and activist Shelley Arnstein. She conceptualised public participation as proceeding through eight “rungs of a ladder of participation”. This ran from the lower rungs (therapy and manipulation – collectively, what she described as non-participation), through the intermediate ones (informing, consultation and placation – which she regarded as tokenism), to the higher levels (partnership, delegated power and citizen control – or the varying degrees of citizen power).

How South Africa’s efforts rank on this scale is debatable. Research on this has produced mixed perspectives, but there are clear grounds for scepticism. Insufficient consultation has been a regular ground for challenging government action.

A few years ago, concerns were expressed about the manner in which the public was permitted to engage with the highly controversial Protection of State Information Bill. The sense that the government and the ruling party were determined to push it through regardless of any opposition was palpable. The logistical arrangements seemed to bear out these concerns. A report in the Mail and Guardian described things in these words: “Consultations were still going ahead the night before the bill went to Parliament. In Mangaung, 100 residents turned up for the hearing, but the ANC MP who was meant to conduct the hearing failed to appear. Instead, fliers about the bill were handed out, a choir entertained the crowd and then food was served.”

In the Arnstein ladder, this is at best a matter of tokenism, probably a species of non-participation. It cannot be allowed to be replicated in relation to expropriation without compensation.

But the signs are not entirely positive. Senior figures in the government and the ruling party, including President Cyril Ramaphosa, have made it clear that this policy will be adopted – rather undermining the case for holding hearings. The Constitutional Review Committee is reported to have received 140,000 submissions so far. Even accepting that many of these were repeat submissions, or reflect “someone hitting a button”, this raises questions about the capacity to handle the logistics of the process. Each of the submissions received will need to be looked at. And if only a third of these submissions are making substantive points, that amounts to some 46,000 at this point. Assuming that each is only one and a half pages long, that will amount to some 69,000 pages to be read and processed.

Put that into perspective: this is equivalent to reading Leo Tolstoy’s War and Peace 56 times, Boris Pasternak’s Dr Zhivago 116 times, or George Orwell’s Animal Farm 616 times. (All of these books would, incidentally, be of value to South Africa’s policy makers.)

And that’s not taking into account any other submissions that may be received. There is no conceivable way this volume of information can adequately be processed in the time frames available – and according to the committee, one working week (9 to 13 July) has been set aside to “process” the written submissions.

Committee co-chair Vincent Smith is quite correct in describing the challenges confronting the process as a “nightmare”.

The logical course of action is to extend the process meaningfully. True, a minor extension was announced last week (extending by two weeks the deadline for written submissions), and the deadline for reporting to Parliament was pushed back from 31 August to 11 September. But this barely scratches the surface of the problem.

The Free Market Foundation pointed out that more time has been allotted to deal with regulations concerning smoking than with this extremely weighty constitutional issue.

Indeed, given that Section 25 – the so-called property clause – was probably the most hotly contested and meticulously negotiated issue during the constitutional negotiations, a move against it would conceivably symbolise the beginning of the dismantling of the constitutional order. Certainly, some of the rhetoric in recent years suggests that there is a market for doing so.

Even supporters of expropriation without compensation should be wary of a rushed and farcical process, one reflecting non-participation rather than real citizen empowerment. But, as things are going, this is precisely what it is likely to be. DM