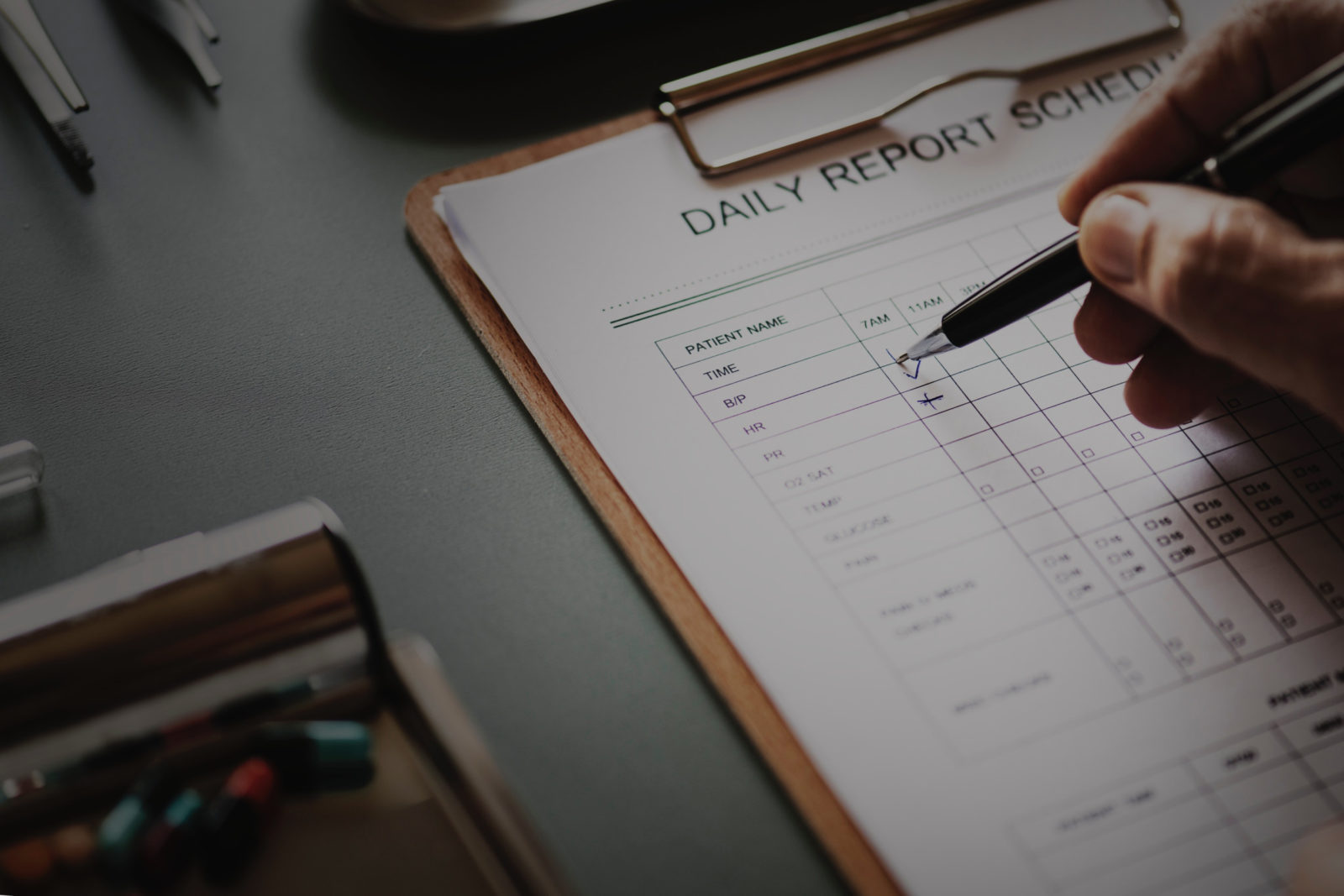 Illustrative Photo by rawpixel on Unsplash

Brand new theatre beds are broken within months and sub-standard anaesthesia machines stand unused following the award of a multi-million rand medical equipment tender by the Free State Department of Health to a company called Mediquip SA Hub of which two co-directors are George Sebulela, of the Black Business Council and one of the latest additions to the Eskom board, and Tefetso Bernard Phitsane, a senior ANC politician in the Free State and close ally of Ace Magashule.

“The department have bought entry-level equipment from China. The mechanism that was supposed to get the tables to move up and down and tilt broke within weeks. The anaesthetists refuse to use the machines,” said a frustrated specialist, who has asked to remain anonymous. We also don’t identify the hospital where the specialist is based as health workers are sanctioned if they speak to the media.

At one hospital, a height-adjustable orthopaedic theatre bed got stuck on a too high setting, forcing doctors to stand on benches while operating. In other cases, newly installed theatre lights are too low, resulting in some of the theatre personnel often knocking their heads while performing surgery.

Doctors also report that a number of newly purchased anaesthesia machines are gathering dust because anaesthetists are not willing to use the machines since they are missing components and various alarms do not work. Anaesthesia machines typically have multiple components and a sophisticated set of alarms to ensure that nothing goes wrong while someone is under general anaesthetic.

The Free State Department of Health acknowledged these concerns, telling Spotlight: “The department is aware of the complaints relating to theatre beds and anaesthesia machine(s), the company is currently attending to the complaint to ensure compliance with the specifications.”

By contrast, Mediquip SA Hub, the company supplying the equipment, is less forthcoming about the complaints. When asked about the allegedly substandard theatre beds, Mediquip, responding through their lawyers, said: ”I am unaware as to what standard has been employed by these doctors in the assessment that you mentioned. Our products are under warranty and any defective products are replaced at no cost.”

However, it has been reported to Spotlight that the broken beds were dumped in the hospital passages and storerooms and replaced by the same Chinese brands after six months.

Doctors are cynical that anything will change. “The beds are standing here in the passage. We used them only a few times before they literally buckled. They eventually sent some other beds to replace some of the broken beds, but it is exactly the same mechanism,” said a doctor.

While allegations are that the anaesthesia machines remain unsafe to use, Mediquip says that this is not the case and that their machines are certified by internationally recognised accreditation authorities.

“As regards the missing components, No components are missing, as all equipment is delivered fully functional and operational, there are additional components requested by the institutions and supplied accordingly from time to time,” they said through their lawyers.

The tender in question was awarded in August 2016 to Mediquip SA Hub. According to the Free State Department of Health, they have paid Mediquip just over R100-million under this tender in the less than two years that the tender has been running. Mediquip appears to be a relatively small company, employing only 10 people. They have no online presence although their lawyer claimed that a “new website is under construction and will be operational in due course”. The Free State Health Department also indicated that they have no plans to cancel the tender.

An anaesthesia work station is supplied by Mediquip at a cost of R905,000 and an anaesthesia machine at R505,200 per unit. A government medical equipment procurement expert from another province told Spotlight that some of the Mediquip equipment prices were low and that he would have been immediately concerned if he saw the prices. “I would have been very nervous if these prices were quoted to me,” said the doctor, who remained anonymous.

Theatre tables for orthopaedics are supplied at about R433,000 per bed, about half of what a good quality bed in the state would cost.

The two key local directors of Mediquip are George Sebulela and Bernard Tefetso Phitsane. The other Mediquip directors listed in the CIPC database are Qinwei Ji, Lizhong Qiang and Feng Zhou.

Sebulelais the President and Chief Executive of Sebvest Holdings, Secretary General of the Black Business Council and a current member of the Eskom Board. Spotlight sent Sebulela a list of questions. He acknowledged receipt and said he would ensure that Mediquip staff respond. Spotlight did not receive responses to the questions sent to Sebulela – although we did receive answers to questions sent to Phitsane via the lawyer’s letter (some questions overlapped).

Phitsane is a senior ANC politician in the Free State and currently the Chairperson of the beleaguered Bloem Water and is a close ally of Ace Magashule. Phitsane is also listed as a director of Dinaka Trading 5 CC, a company of which Ace Magashule is a former director and his son Tshepiso Magashule is still listed as a director. Speaking through his lawyers, Phitsane denied to Spotlight ever having been in business with Ace Magashule, in apparent contradiction of CIPC records. According to information revealed in the #Guptaleaks articles published by amaBhungane Tshepiso Magashule (Phitsane’s co-director of Dinaka Trading 5 CC) has been linked to various deals with the Gupta family for whom he worked.

Phitsane was also on the board of the Free State Development Corporation from July 2012 to October 2014. In the 2014/2015 Annual report of the FDC, Mediquip is listed as one of the FDC’s pipeline projects. The FDC describes Mediquip as a company that will manufacture medical equipment, employ 200 people and is estimated to have a potential value of R500-million. As it turns out, Mediquip’s main business would not be manufacturing, but importation of medical equipment from China.

Through their lawyers Mediquip said: “Mr TB Phitsane has resigned from Mediquip SA some months ago and Mediquip is attending to the administration accordingly.” CIPC records however still list Phitsane as a director of the company.

According to CIPC records Phitsane became a director of Mediquip in March 2015, six months after he left the board of the FDC. While Mediquip was founded in 2012, all indications are that things only got going in 2015 when Phitsane and Sebulela joined and the company started filing tax returns.

Phitsane is married to Nelisiwe Phitsane, who is the Chief Director Supply Chain Management and Asset Management in the Free State Department of Health. According to Mr Phitsane this relationship was disclosed when bids were submitted to the Free State Department of Health. The department confirmed this to Spotlight, but failed to provide proof when requested.

In April 2016, a few months before being awarded the medical equipment tender, the Free State tender bulletin announced Mediquip was awarded their first major tender in the province. This tender was for the provision of mobile medical units (a kind of mobile clinic), or “China buses” as they are commonly referred to in the province. The Department indicates that they have paid Mediquip a total of just over R70 million under this tender for six of these mobile medical units (thus adding up to close to R12-million per unit).

However, while the announcement was made in April 2016, this tender was in fact already awarded in October 2015. In all other cases where Spotlight looked at the award of tenders, the award was announced the next month and not six months later. The Free State Department of Health failed to respond to a question on why the announcement was delayed.

The October 2015 date is also only half-a-year after Phitsane and Sebulela became directors of Mediquip.

Mobile medical units in the Free State and North West have made headlines in recent months following exposes about contracts being awarded to the Gupta-linked company Mediosa (Also trading as Cureva and Dinovert). Mediosa was awarded their Free State mobile medical unit tender in April 2016. When asked to explain the different roles of Mediosa and Mediquip, the Free State Department of Health explained: “Mediquip SA Hub (Pty) Ltd is contracted for the supply and delivery of the Medical Mobile Units (outright purchase) while Mediosa is contracted for the provision of the primary health care services using a Mobile Medical Unit.” Mediquip denies having any link to Mediosa.

Mediosa are paid over R900 per patient seen at their mobile clinics – a cost that includes diagnosis but excludes treatment. Some simple calculations make the Mediosa cost seem excessive. If a CHW is paid R9,000 a month (an unusually high amount for CHWs) the CHW will no doubt, see many more than 10 patients in a month – which is what you will get for R9,000 paid to Mediosa.

The department refused to provide Spotlight with copies of the tender specifications for the tenders awarded to Mediquip and also refused to share the service-level agreements between the department and Mediquip.

In both cases they said: “The Department can only provide you with the information required if procedure in terms of Access to Information Act is followed.” DM