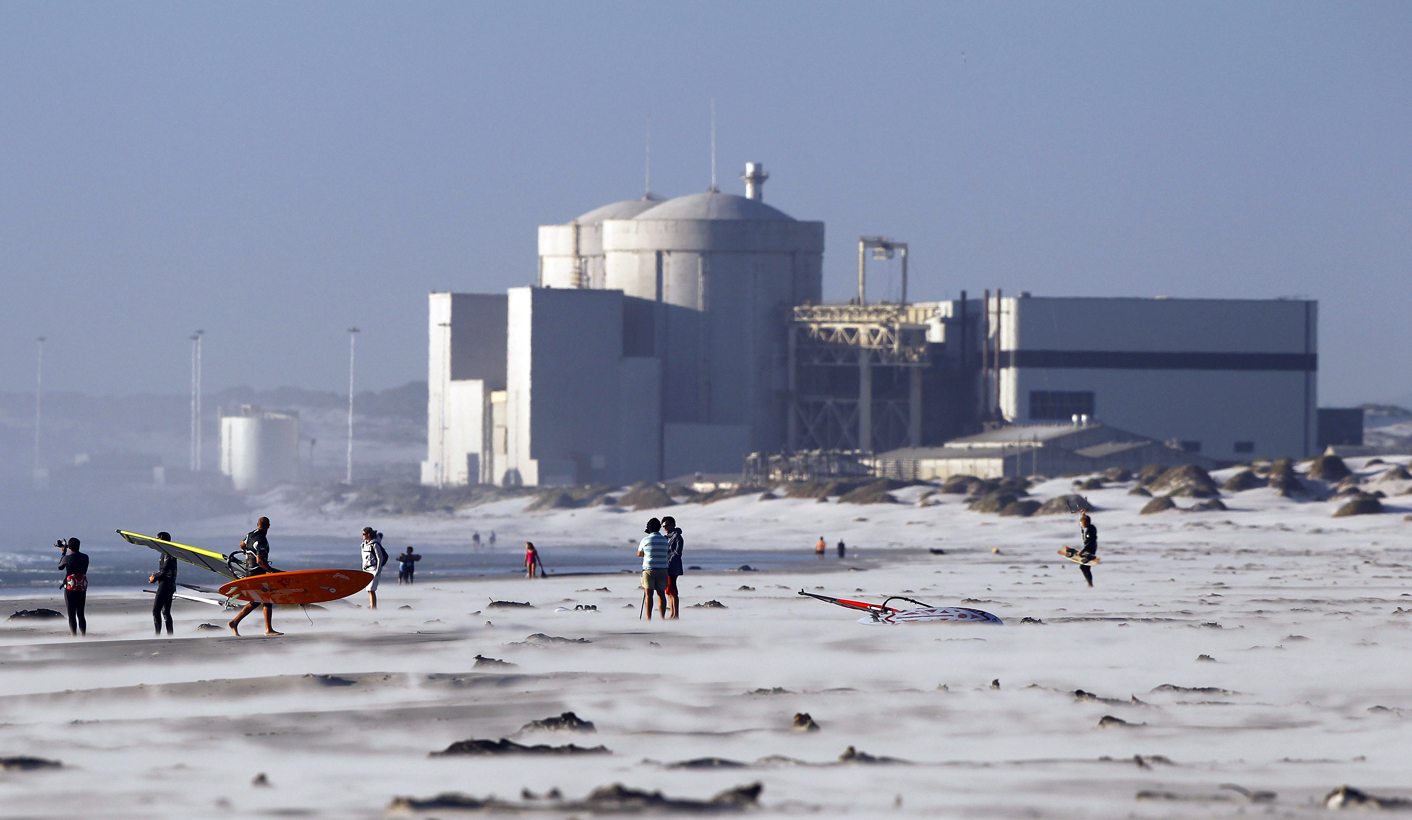 An energy policy expert has warned that a nuclear programme in South Africa is “unfinanceable” – even if Russia pays.

After South Africa’s controversial nuclear deals signed with Russia, Korea and the US, backed by former President Jacob Zuma, were found to be unlawful and unconstitutional by the Western Cape High Court in 2017, there has been speculation as to whether this spells the end of the nuclear expansion programme, or whether the government would begin afresh. The new IRP will reveal which way government intends to go.

If the energy minister knows, he is not saying.

At a ministerial briefing of the energy portfolio committee on Tuesday last week, MPs asked Radebe three times if the government intended pursuing the nuclear programme, and three times he gave a wait-and-see answer.

“It will become evident when the IRP is promulgated. I don’t want to pre-empt this process which is unfolding,” Radebe told them.

Anti-nuke campaigner Liz McDaid of the SA Faith Communities’ Environment Institute (SAFCEI), who with Earthlife Africa’s director Makoma Lekalakala brought the nuclear court case against the government, said none of the expert reports on South Africa’s future electricity mix had found that there was a need for nuclear power.

“We’ve already shown through the court that the nuke deal was a corrupt deal. The technical guys in the expert reports say there is no need for it, so if the IRP is based on technical evidence, like need and cost, there should be no nuclear in it. If the IRP doesn’t play politics, there won’t be nukes.

“If nuclear is still there, it means State Capture is still deeply embedded,” McDaid said.

The government’s plan was to build between eight and 10 nuclear reactors with a combined capacity of 9.6GW – one of the biggest nuclear deals in decades.

The 9.6GW allocation for nuclear power is in the existing IRP, drawn up in 2010. It was meant to be updated every two years, but no update has been promulgated since.

“The court exposed that it was a corrupt, deliberate act by government that resulted in South Africa going down the nuclear path with the Russian deal. So we call on government to root out corrupt forces, which will be apparent that they’ve done if the IRP does not contain nuclear,” McDaid said.

Anton Eberhard of UCT’s Graduate School of Business, whose research includes the restructuring of the electricity sector, said he would be very surprised if the new IRP included nuclear power.

He said none of the electricity models – done by Eskom/Department of Energy, the CSIR, UCT’s Energy Research Centre/National Development Plan – included nuclear in their optimal mix.

“The broad policy should be about having a least-cost energy mix that is environmentally sustainable. Then we run the model to see what it picks as the least cost mix within a carbon limit. If they do that honestly, then we won’t have nuclear,” Eberhard said.

Melita Steele, climate and energy campaigner at Greenpeace Africa, agrees that if the modelling for the new IRP were done rationally, particularly concerning cost, there would be no nuclear, but believes nuclear may well be included because of strong vested interests.

“The forces at work are quite strong still.”

And if the new IRP does include nuclear, she believes this is a “clear indication that State Capture and vested interests are still playing a part”.

Although the government has never revealed the cost of the nuclear expansion programme, some say it could be one trillion rand.

Stephen Thomas, emeritus professor of energy policy at the University of Greenwich, says the reality is a nuclear programme in South Africa is “unfinanceable” – even if Russia is involved.

“Russia might provide the finance, but it charges commercial rates and its reactors are not significantly cheaper than others,” Thomas said.

Russian banks or financial institutions, such as a Russian pension fund, provide the finance, typically about $10-billion for a two-reactor power station, Thomas said.

Interest rates are about 4%. The customer would provide $3-billion to $4-billion equity to make up the expected cost.

Thomas said Russia appeared to have about 35 export orders for nuclear power stations. Nearly all of these required Russian finance and most had not started construction. This included Finland, Hungary, Belarus, Turkey, Egypt, Iran, Bangladesh, India, China and Jordan.

He said a key concern was the capability of Russia to provide the finance and supply chain to fulfil more than a small part of the export orders.

“I am sure there are some delusional Department of Energy people who believe that a nuclear programme will suddenly become financeable, but it won’t.

“Russia has 35 reactor orders all ahead of South Africa in the queue for finance and all requiring about $5-billion in loans, so Russia will have to find about $175-billion before it gets round to lending money to South Africa,” Thomas said.

Since the court case in April 2017 stopped the nuclear programme in its tracks, there have been mixed messages from government and the industry about the future of nuclear.

“All that needs to happen is for the politicians to press the restart button,” he told Reuters.

In October former Finance Minister Malusi Gigaba said the country did not have the money to fund a nuclear power programme.

Also in October, Zuma made David Mahlobo energy minister in one of his Cabinet reshuffles – the third energy minister that year. Mahlobo, who was reported saying he had close ties with “the leadership of the Russian Federation”, told MPs in November that government would go ahead with the nuclear programme.

In January 2018 President Cyril Ramaphosa contradicted this at the World Economic Forum and said South Africa had excess electricity and no money to build nuclear power stations.

That sounded as if the nuclear deal was off the table.

However, a Department of Energy document given to the energy portfolio committee last week said after the court case the department had been told to restart the process and renegotiate new nuclear agreements with vendor countries.

It ends with: “The way forward on the nuclear new build programme will be determined by the updated IRP (which) will determine the pace and scale that the country can afford.” DM