Grand isn’t a word usually associated with small cars – but it’s how Hyundai designates its i10 hatchback. Fortunately, there’s more to this tiny tot than an oddball nameplate.

Let’s be frank: there’s nothing grand about the Hyundai Grand i10 – except the badge. The Korean brand’s entry-level contender may be capable, well-equipped and priced for value, but that doesn’t make it fancy.

The Grand i10s used to be the more modern, more upmarket models in a two-tiered i10 range, with the ‘normal’ i10 focussed specifically on value, and its Grand stablemate offering a fresher design and more kit. 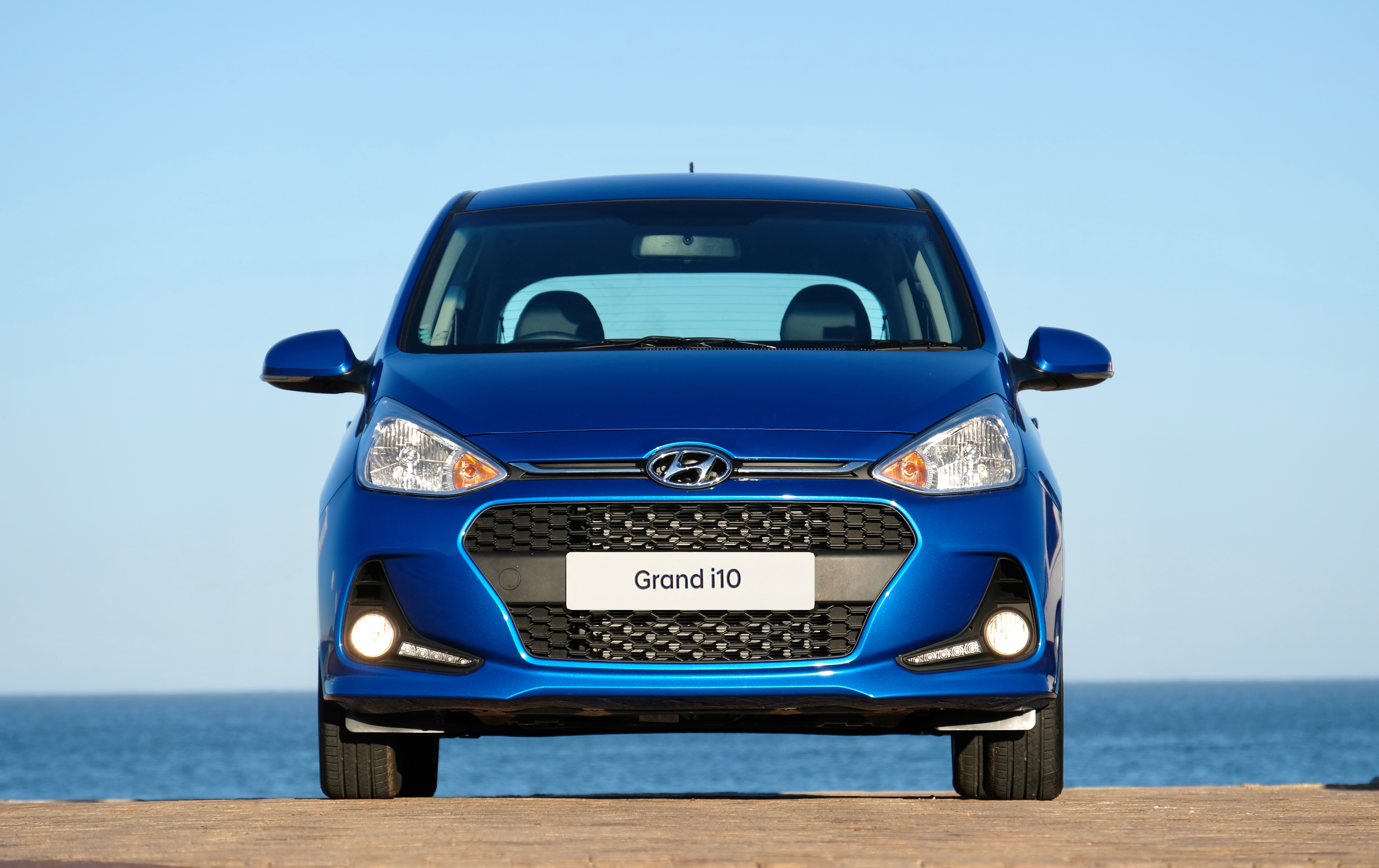 However, with the older i10 now discontinued, the local Hyundai operation has had to review the Grand i10 line-up, while also revisiting the standard equipment list. The resulting updates are clearly meant to revitalise the small Hyundai’s popularity in a segment that accounted for just on 80,000 sales last year.

The i10 and Grand i10’s share of the entry-level cake began to dwindle in 2017, and Hyundai will hope that its all-Grand i10 offering will give it more traction in a highly competitive sector.

The rejuvenated range consists of six models, offering two engine choices, two gearbox options and three trim levels between them. The pricing now extends from R154,900 to just under R210k. 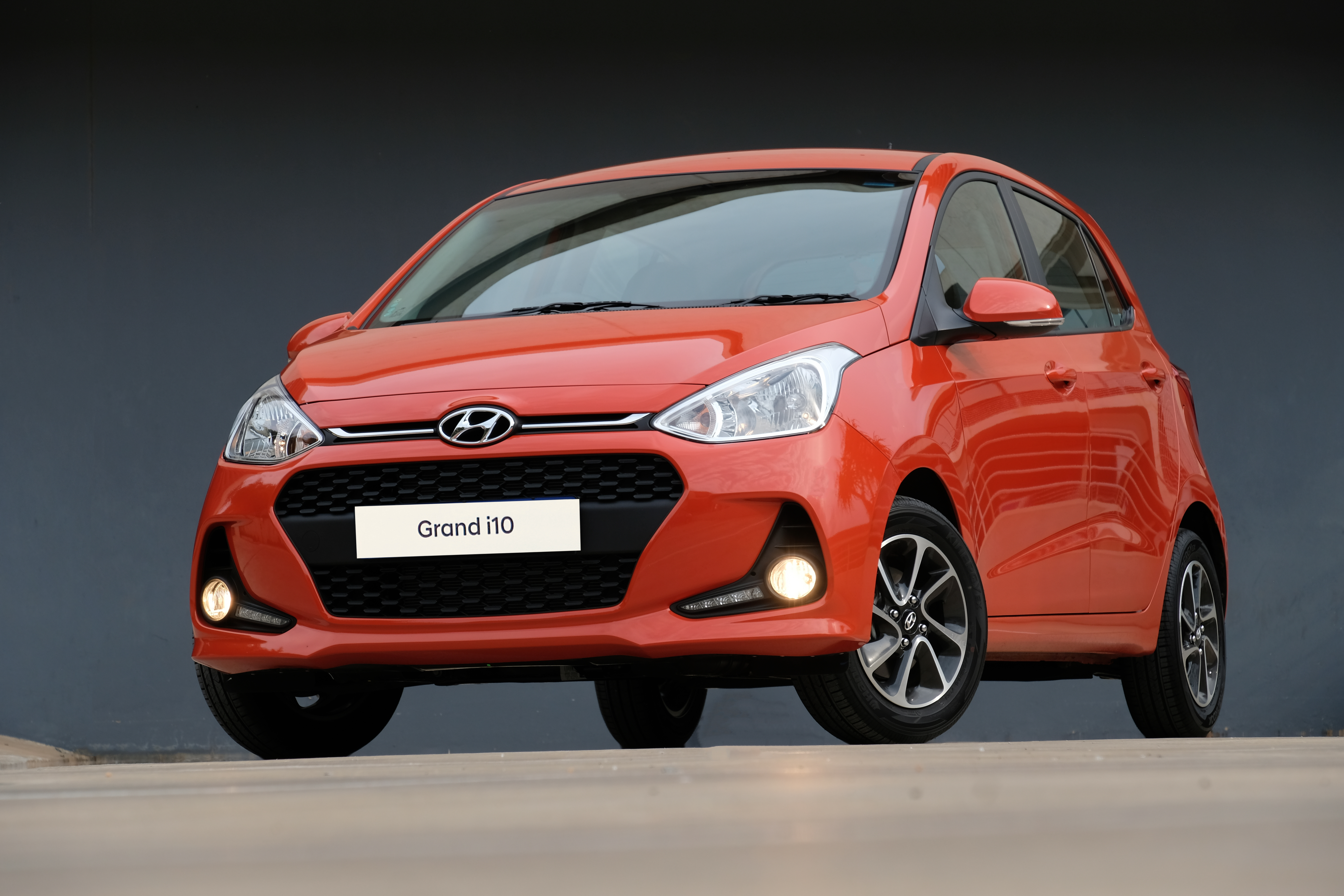 Under scrutiny here is the top-of-the-range Grand i10, dubbed the 1.25 Glide. Offered with a manual gearbox only, the Glide tries to steer the treacherous passage between affordability and aspiration, offering an extensive list of features in exchange for R209,900 of your hard-earned cash.

In design terms, the Grand is a few notches up from the upright and boxy i10. The lines are smoother and more rounded, with short overhangs and a wider stance providing a more confident, contemporary appearance.

Some might consider the shape a little blobby and small-car generic. But the combination of a bold front grille, comprehensive colour coding and a cheeky derriere with LED taillights creates a young and eager impression, with enough styling cues to emphasis the Hyundai identity.

The Glide gets a few extra embellishments, including some brightwork for the grille, recessed front fog lamps partnered by LED daytime running lights, and a set of handsome alloys. The latter still look too small for the car, but the 65-profile tyres will benefit comfort, and will be more affordable to replace, too. 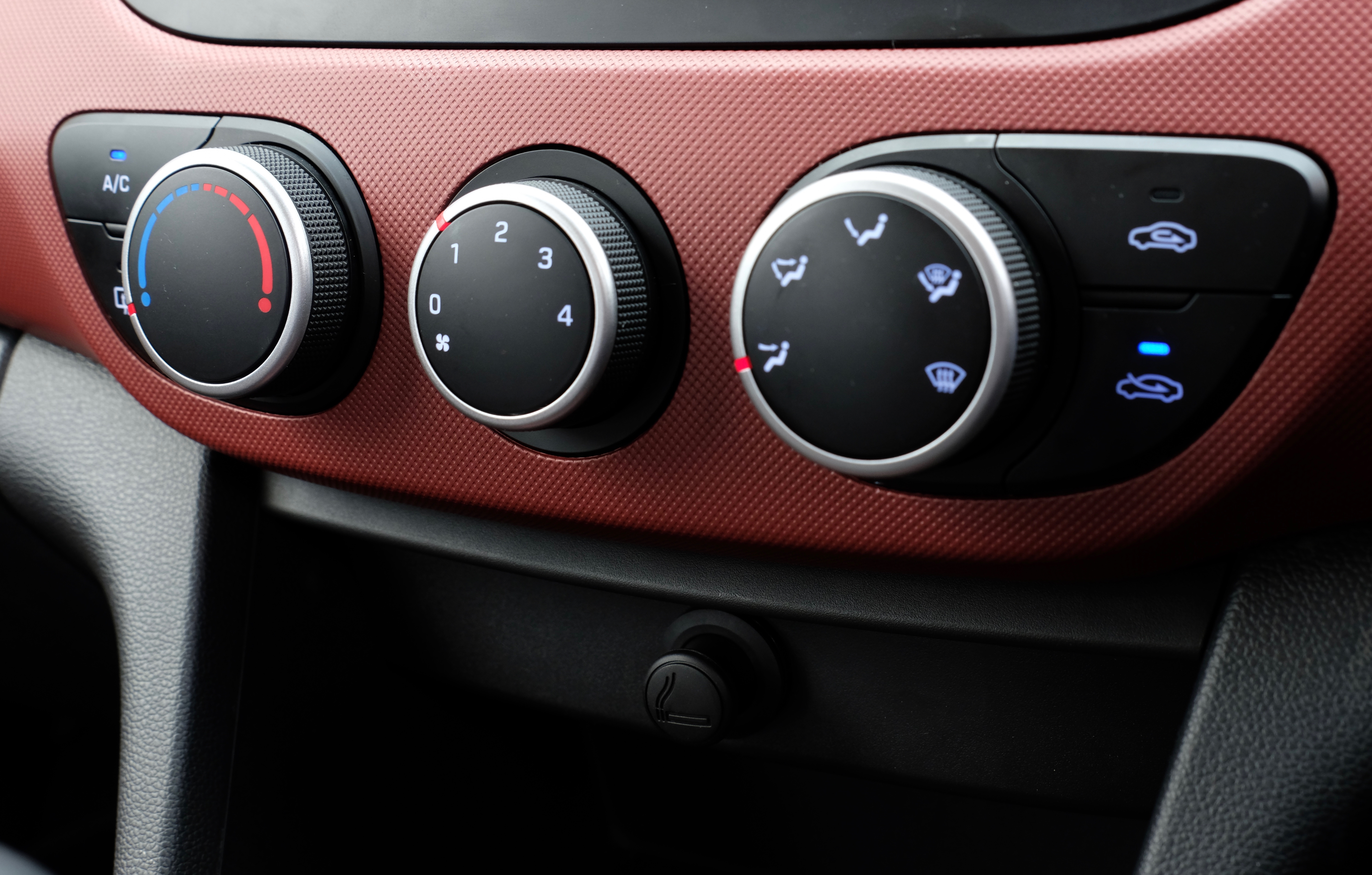 The cabin is about as close to grand as the Grand i10 gets, especially in this Glide derivative. It’s more spacious than the compact shape may imply, and the contrasting finishes in charcoal and crimson deliver a look that’s fresh and modern without becoming garish. 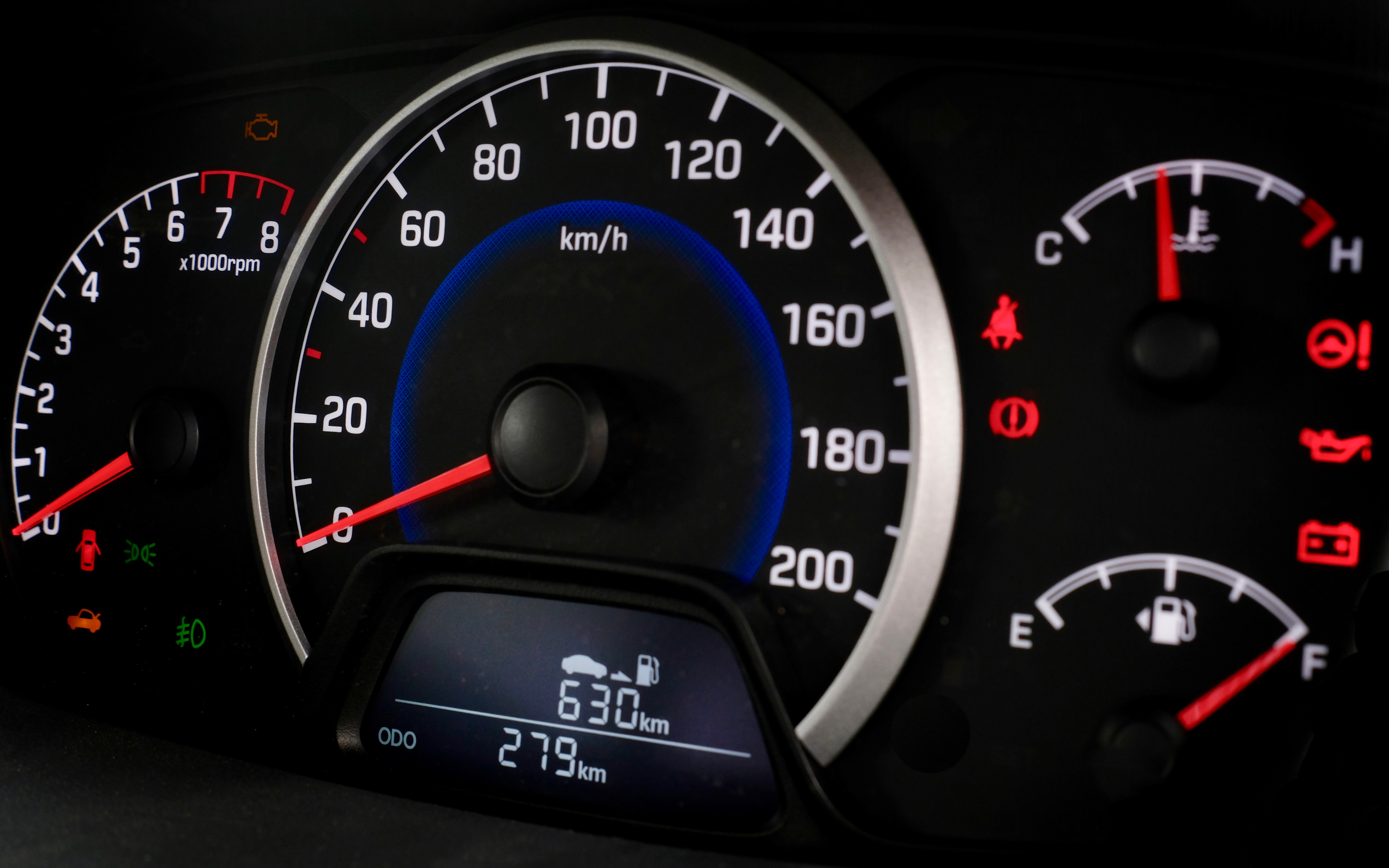 The seats are comfy, with a cloth/faux leather combo that looks upmarket. Rear accommodation isn’t exactly generous, but still decent for a car of this size, while the deep-floored boot will stow up to 256 litres of luggage – or 1,202 litres of cargo if you fold the split rear bench flat.

Admittedly, the cabin plastics still lack the soft-touch allure of dearer models, but the textures and colours add a welcome individual touch, while the dashboard layout and ergonomics are impressive for this end of the market. 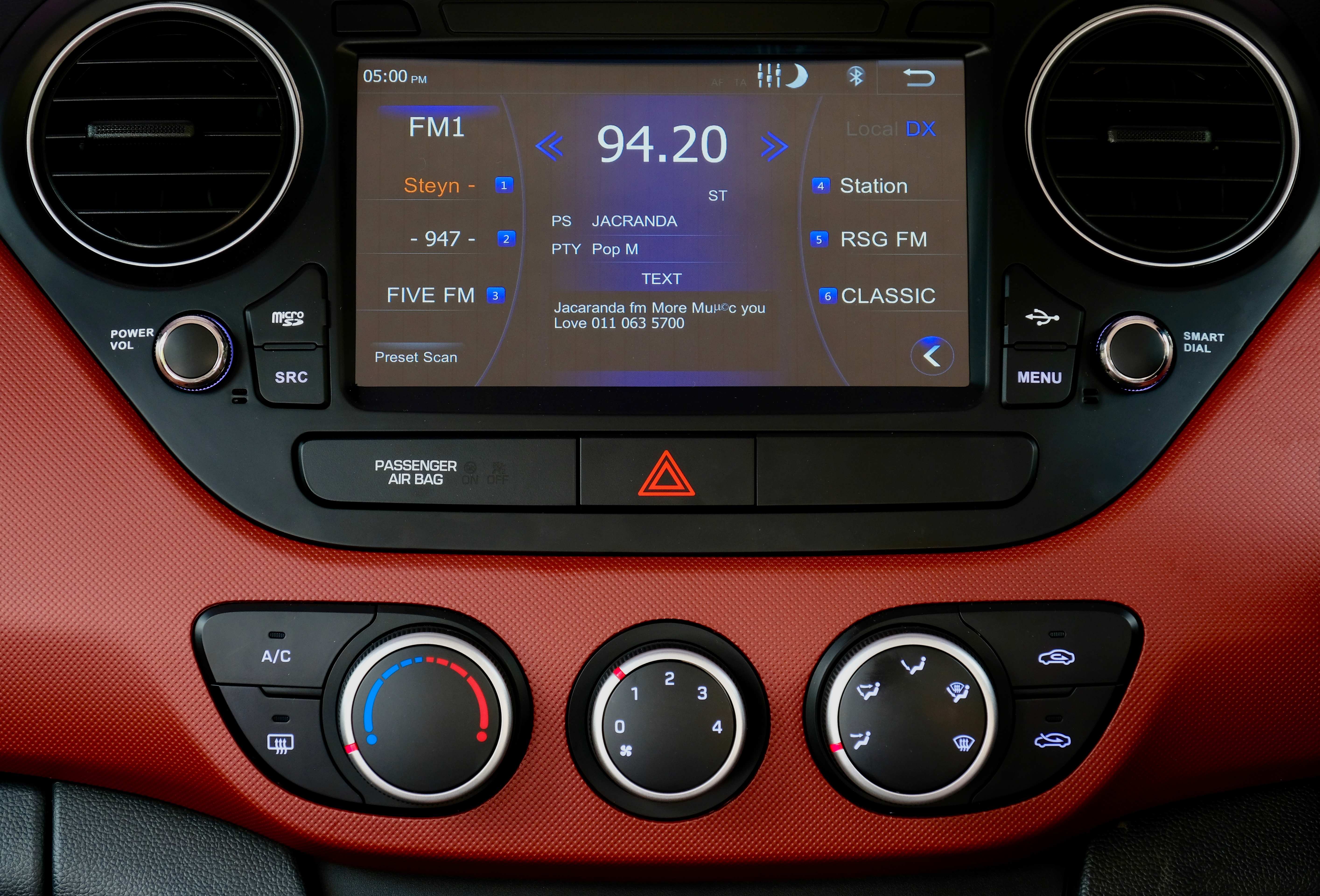 The main instrument binnacle sticks to tried and trusted analogue gauges, with a neatlyn integrated trip computer adding some digital content. The centre stack is dominated by a full-colour touchscreen display that’s both clearly legible and fairly easy to navigate.

Just as well, because it’s the control centre for the audio system and Bluetooth telephony, while and extra R2.5k will buy you integrated satnav – well worth the investment. Bluetooth streaming, USB connectivity and an aux port are also supported.

Perhaps more pertinent is safety. Dual airbags and ABS brakes are standard across the range, while pre-facelift Grand i10s scored four stars in the Euro-NCAP crash safety ratings, which should still be valid in this instance. 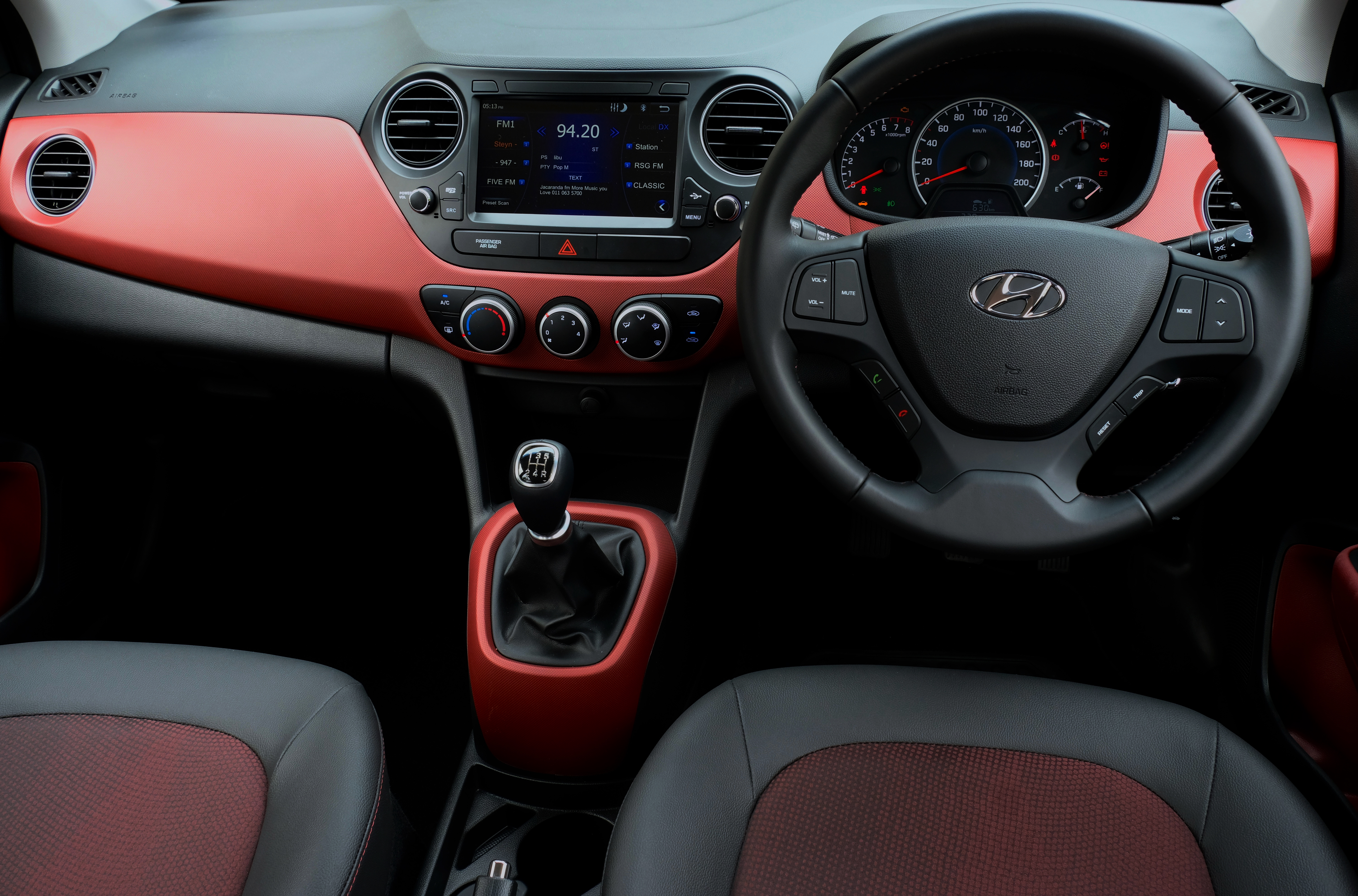 The Glide’s four-cylinder engine won’t get any petrolhead’s heart beating faster, but it does a fair job of propelling the hatchback along with some alacrity. After all, a car weighing almost exactly a ton doesn’t need a lot of muscle under the bonnet.

No wonder the little Hyundai feels eager off the mark, and zips through traffic with glee, making the most of its compact dimensions and quick steering. Venture onto the highway, and it easily keeps up with the flow at the legal limit and beyond.

Admittedly, you need to be prepared to use that manual gearbox a lot: the Grand i10’s mill is peaky, and needs to be revved to show off its best. It gets quite raucous approaching the red line, and the gearshift action could have more heft, but at least the little hatch never feels sluggish.

The suspension set-up favours comfort over handling, with a slightly soft ride that can still become choppy on country roads. That said, the Hyundai feels confident and sturdy, even when driven with gusto.

The steering is quick and effortless, which makes it easy to pilot, especially around town. But as is so often the case, it’s overassisted, and offers little in the way of feel or feedback, creating something of a disconnect between car and driver.

Not that too many Grand i10 buyers will notice, or care. the Hyundai fulfils its role as an urban runabout and a city commuter with competence and confidence, while providing ample levels of comfort and convenience.

However, at R200k-plus, it’s hard to think of the Grand i10 Glide as a budget beater. Just a few thousand more will buy you the latest VW Polo Vivo Highline, which is a segment up in size, and comes with decent spec (if not everything the Grand offers), while also delivering more space and power.

The Grand i10 range’s sweet spot is to be found a few rungs lower down the model ladder, where affordability takes on a stronger role. 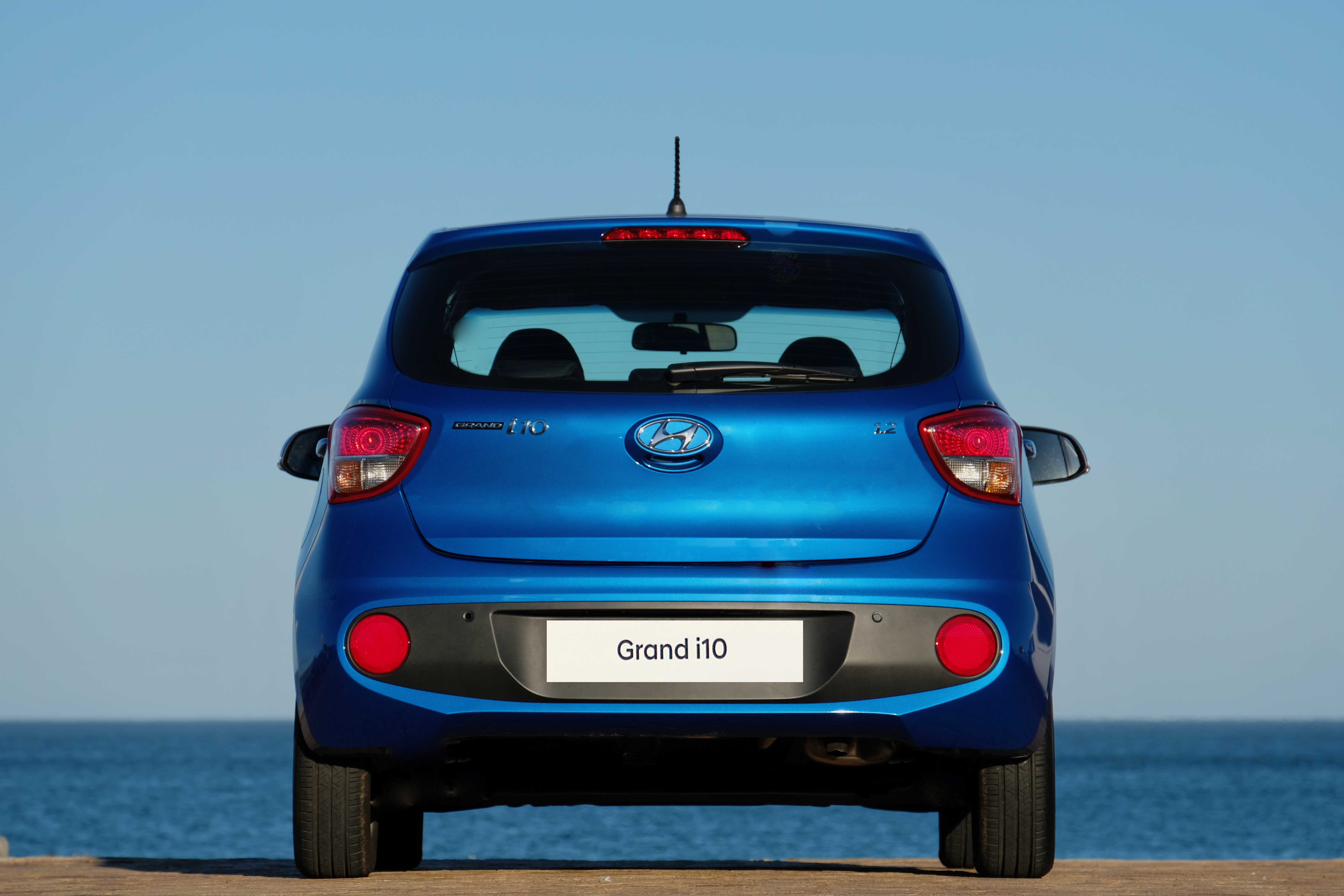 The 1.25 Fluid version, with the same mechanicals and not much less in the standard equipment department, makes a more persuasive argument, while at around R50k less than the Glide, the entry-level 1.0 Motion is arguably the best deal of all.

The Hyundai Grand i10 is a convincing contender in tough segment. That’s especially true of the lower-priced models in the line-up. Just don’t expect it to be grand … DM

Top model pricing on the steep side in a price-sensitive segment.